With just three rounds remaining Super Rugby AU has four teams firmly in the race for a top three finish.

There's just four points separating first-placed Brumbies and the fourth-placed Rebels, with the Reds second on 16 points and Waratahs third on 15.

Wallaby Nic White headlines the changes, with the Brumbies halfback to make his return to Super Rugby after a five-year absence from the competition.

Here is all your team news ahead of round eight of Super Rugby AU.

KAFER COLUMN: Is it time to change the 'Giteau Law'?

Western Force coach Tim Sampson has made minor changes to his side that was beaten by the Waratahs last Friday.

In the back-row, Fergus Lee-Warner gives the Force some extra height at the lineout by shifting from the second-row to blindside flanker for Henry Stowers.

Ollie Atkins has been promoted to the starting side and joins former All Black Jeremy thrush in the second-row.

Up front, former Red Andrew Ready has too been promoted to the starting side and forms a strong front-row alongside Pek Cowan and Kieran Longbottom.

It's an unchanged backline with Sampson hoping that some much needed continuity helps settle the side.

Former captain Heath Tessmann will come off the bench for his first minutes of the season.

The Reds have, too, only made minor changes.

The injury to Hunter Paisami has seen Brad Thorn bring in Josh Flook at outside centre with Jordan Petaia remaining on the right-wing and Jock Campbell in his preferred position at fullback.

It's an unchanged forward pack with Thorn rewarding his big men for their outstanding defensive effort during last weekend's 19-3 win over the Reds.

On the bench, Josh Nasser acts as the reserve hooker while prop Harry Hoopert returns after hi injury absence.

Halfback Moses Sorovi comes on to the bench with Scott Malolua dropping out of the squad. 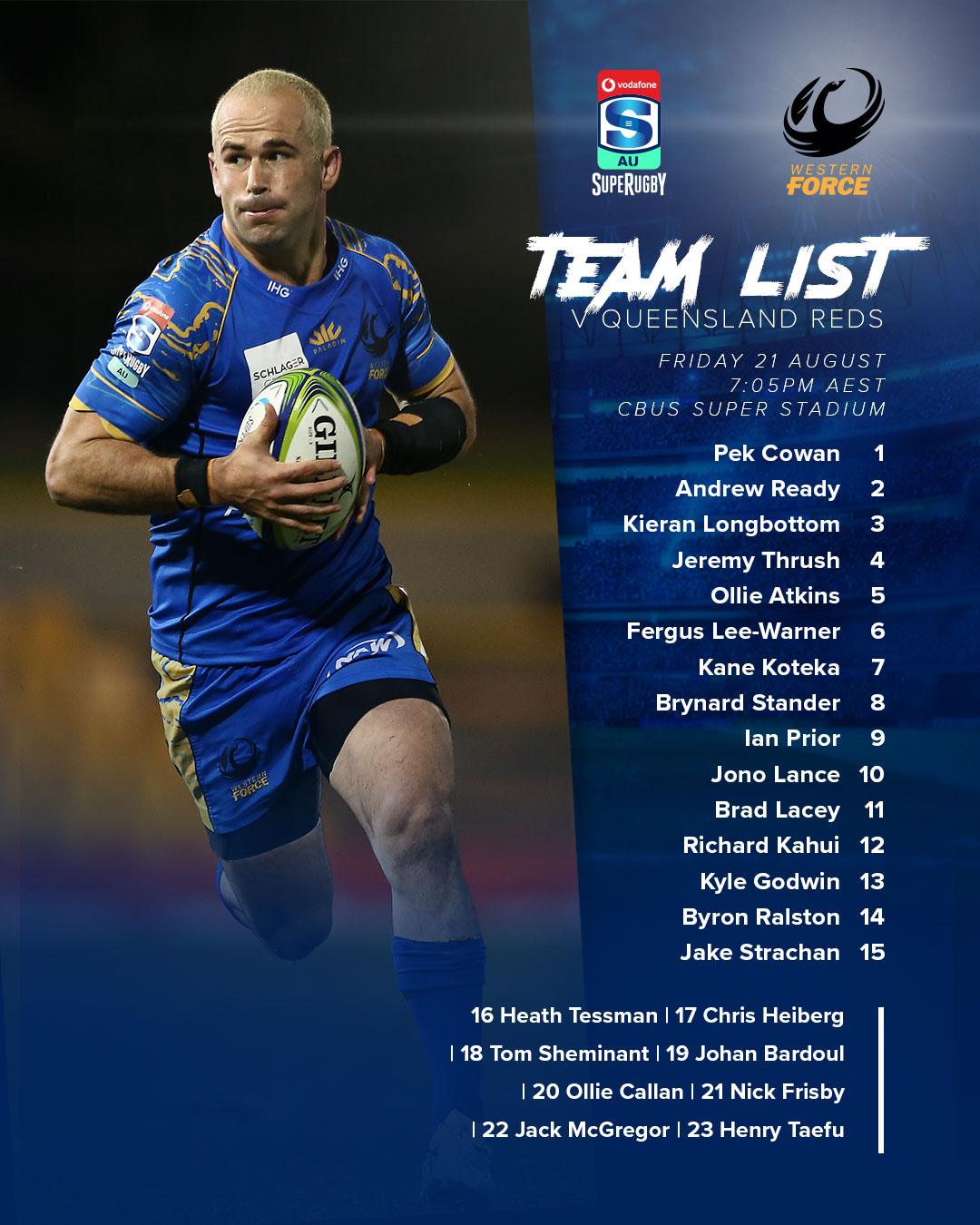 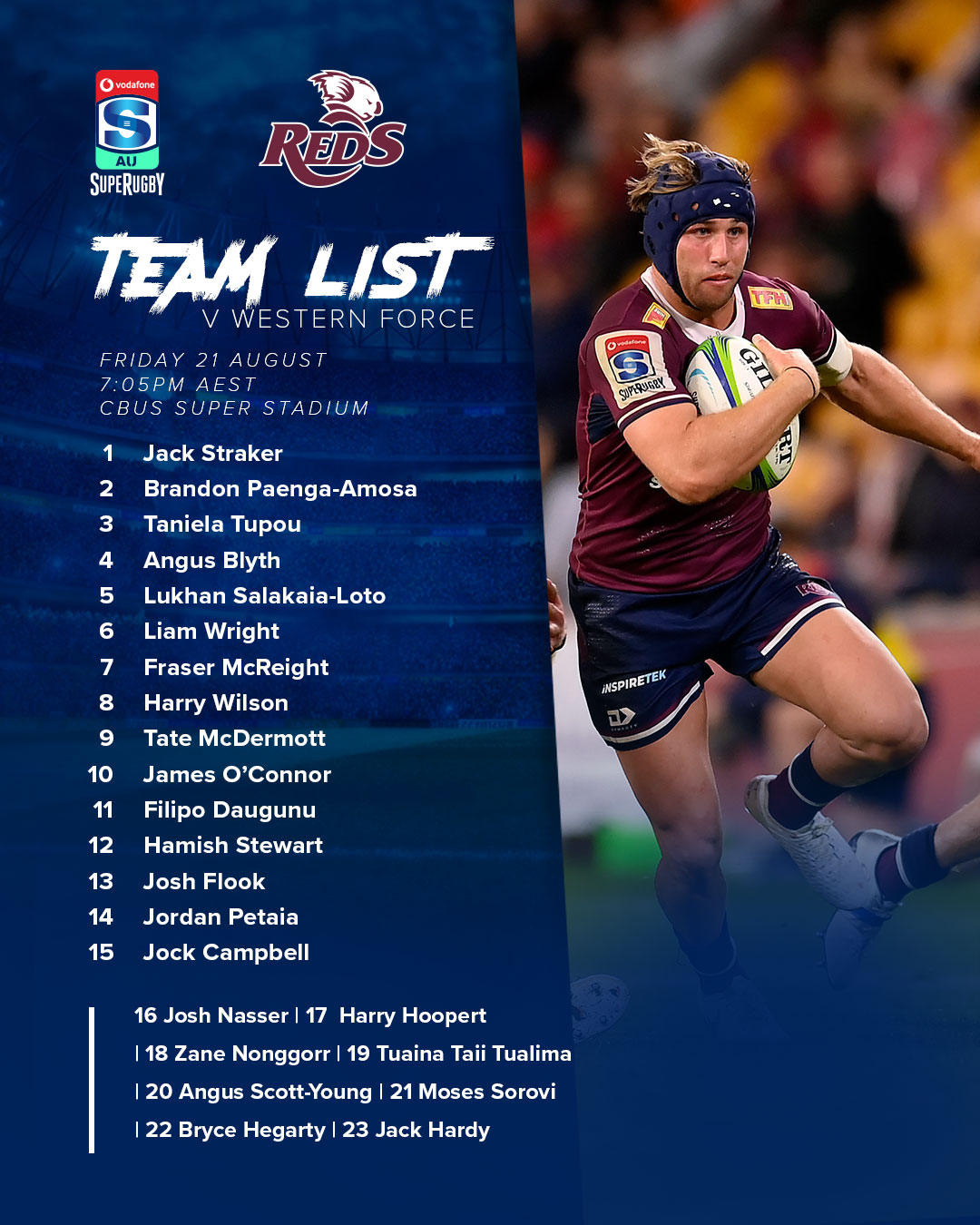 In what shapes as the match of the round, Brumbies coach Dan McKellar has made a number of changes to his side.

White's return off the bench is the headline name to return.

But right throughout the side, there's key changes.

Solomone Kata will start at outside centre with Wallaby Tevita Kuridrani out which also sees Tom Wright, fresh from re-signing with the Brumbies, coming on to the left-wing.

Veteran locks Cadeyrn Neville and Murray Douglas return which sees Darcy Swain back to the bench and Nick Frost drop out of the squad.

In the back-row, hard-man Lachie McCaffrey starts ahead of Rob Valetini at blindside flanker.

McKellar has opted for a forwards-heavy six, two bench split.

Waratahs coach Rob Penney has kept faith with the majority of his side too following their 28-8 win over the Force, which saw them record back-to-back wins for the first time since March, 2019.

The only change to the backline sees Joey Walton promoted at outside centre with Lalakai Foketi dropping to the bench.

Up front, there's two changes with Ned Hanigan promoted to the starting side to join captain Rob Simmons in the second-row. 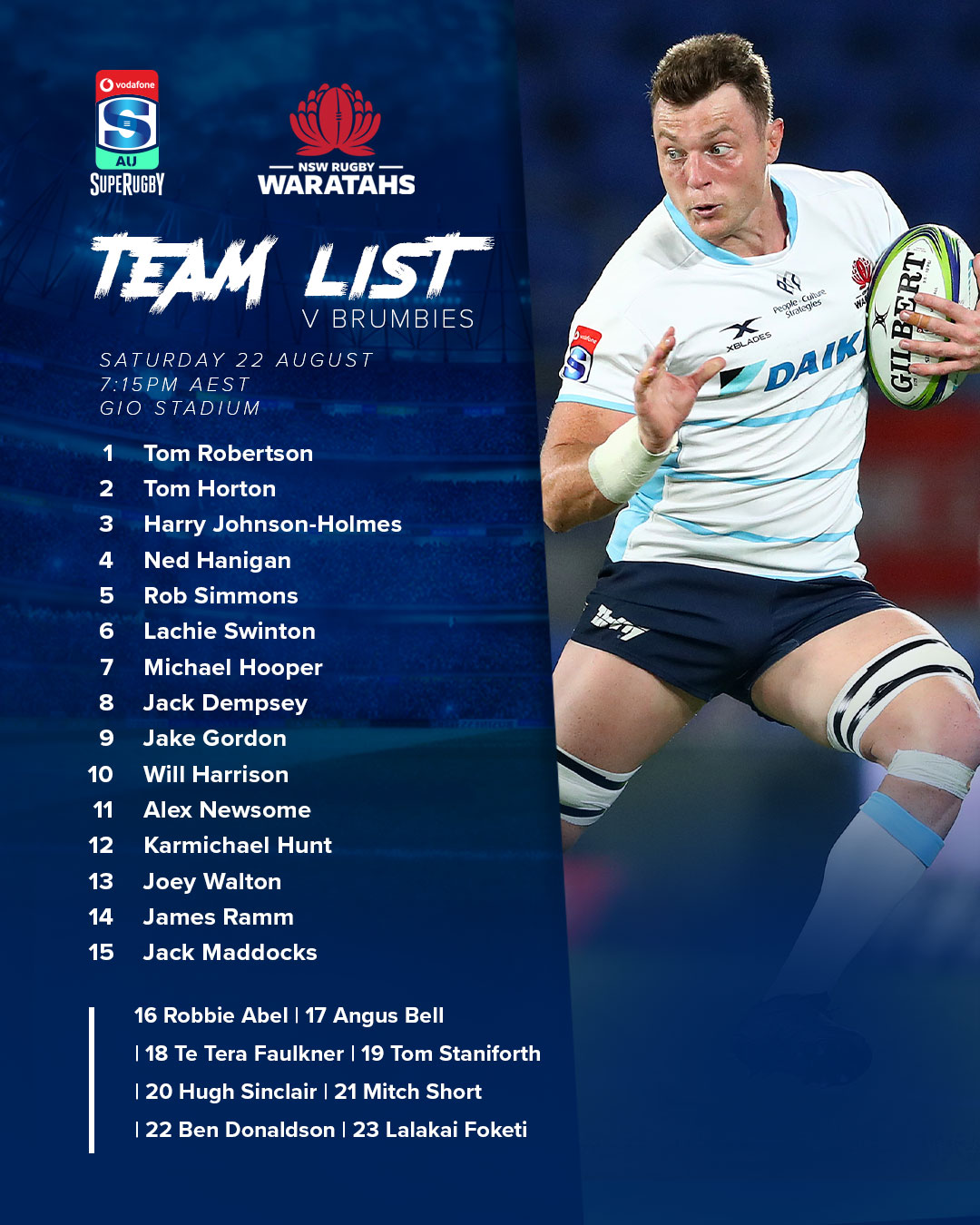