UPDATE: Australia's players have accepted an average 60 per cent salary cut for the next six months in an interim deal announced on Monday night.

Rugby Australia confirmed details of the agreement on Monday evening, confirming that players had accepted the cut, which is believed to be weighted towards the game's top earners and will run until September 30.

All players will receive their full April wage, with the coming months' payments to be adjusted to match the upcoming salary reductions.

Rugby Australia confirmed in Monday's statement that up to six players would also be afforded the option for a sabbatical between 2021 and 2023.

It is believed that this group includes some of Australia's highest earners and also a group of players who have ticked off a minimum number of years' service in Super Rugby as well astaing a significant cut.

They would not be paid by Rugby Australia or their Super Rugby teams during that time if they take up that option.

Monday night's decision comes after drastic cost-cutting measures undertaken by Rugby Australia in the past month.

Three-quarters of the organisation's administration staff have been stood down until June 30 and CEO Raelene Castle has decided to take a 65 per cent salary cut for the next six months.

Castle's executive has taken 30 per cent pay cuts while the remainder of staff still working at head office are on significantly reduced hours and pay.

In a statement on Monday night, Castle said while the conversations had not been easy, the measures were "necessary".

NEW ZEALAND TO FREEZE HALF OF PLAYER SPENDING

“This has not been an easy discussion, but it has been a necessary one to ensure that we are able to emerge from the other side of this crisis in the best possible position for the game to move forward. It is important to note that these measures are a stop-gap, not a full-stop.

“We are deep into our planning to ensure we are able to navigate our way through this and be ready for competition to resume as soon as that is possible. The players have been involved in this process and we look forward to continuing that work and seeing them back out on the field doing what they do best."

Castle said there would be discussions around all forms of the game coming up as Rugby Australia looks to navigate its way through the challenges of coronavirus.

“The structure of our game is complex with the international models of SANZAAR, the Sevens World Series and the Olympic Games, and players in all forms of the game will be impacted differently. These differences for our athletes add complexity to the discussions and so continuing to work together is critical to getting the best outcomes for all," she said.

“The country is missing rugby and we are all looking forward to the day that players can return to the field and fans to the stands.”

RUPA CEO Justin Harrison released a statement on Monday night confirming an agreement had been reached after more than a fortnight of formal discussions.

"Australia’s professional players will play a central role in the short–term preservation of the game by accepting a significant reduction in pay in order for necessary transformation to begin," he said in a statement.

"The players reached a resolution with the Member Unions and Rugby Australia today.

"RUPA’s members understand their part in the game’s immediate future and the responsibility that goes with it. The players have voted as a block in supporting RUPA’s recommendation."

The news comes after weeks of back and forth between Australia's 192 professional players and Rugby Australia, even before formal negotiations were officially able to start on April 3.

In the Monday night statement, Harrison said the  the focus for players would now switch to a "root and branch" transformation of the sport.

"Immediate attention must now turn to the long-term sustainability of the game and this agreement allows the players to make a significant contribution to that. RUPA will work closely with the Member Unions to achieve this," he said.

"RUPA believes in the need for transformation.

"This process has enabled a greater understanding of the need for root and branch reform of the game.

"The players will, with others, focus on playing a role in engaging and supporting all levels of rugby from grass roots communities through to the professional level." 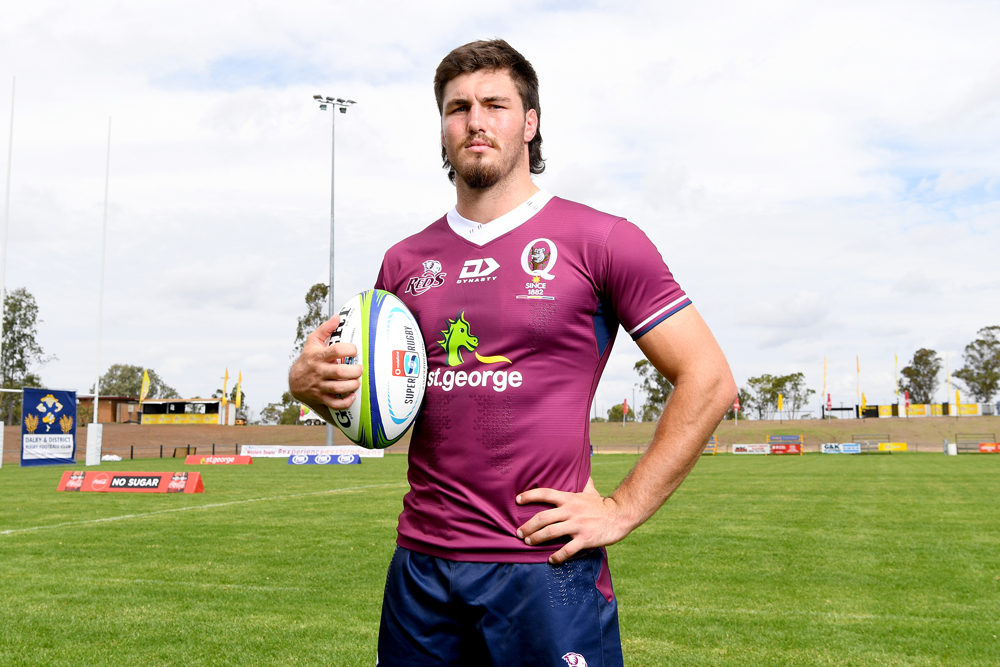 Reds captain Liam Wright welcomed the decision, happy to have some clarity on the upcoming six months.

“It’s good to finalise the financial arrangements for the players and give the game certainty for the next six months," he said.

"Everyone involved in rugby in Queensland has been doing it hard since this pandemic started and the players understand their responsibility to bear some financial pain to preserve the state of the game in Australia.

“We’ve continued to train in isolation under a regime prepared by Brad and team staff and we can’t wait to play rugby again.

“Obviously, we’ll be guided by the health experts and the politicians on the right time to resume playing – but when that day comes the Reds will be ready to wear that Maroon jersey with pride for all Queenslanders.

“In the meantime, I’d encourage everyone to stay safe and follow the social distancing guidelines.”