Incoming Wallabies coach Dave Rennie will take a 25 per cent salary deferral in his role as Glasgow coach, as the international rugby adjusts to the financial realities of the coronavirus pandemic.

Rennie, Scotland coach Gregor Townsend, Scottish Rugby High performance director Jim Mallinder and Edinburgh's Richard Cockerill have all agreed to have a quarter of their salaries deferred until September 1.

SRU CEO Mark Dodson will take a 30 per cent salary deferral for the same period.

Rennie is contracted to remain in Scotland until June, despite the cancellation of the remainder of the Pro14 season, and is scheduled to begin his tenure as Wallabies coach in July

Whether he will be asked to take a pay reduction at the start of his Australian contract has not yet been discussed. 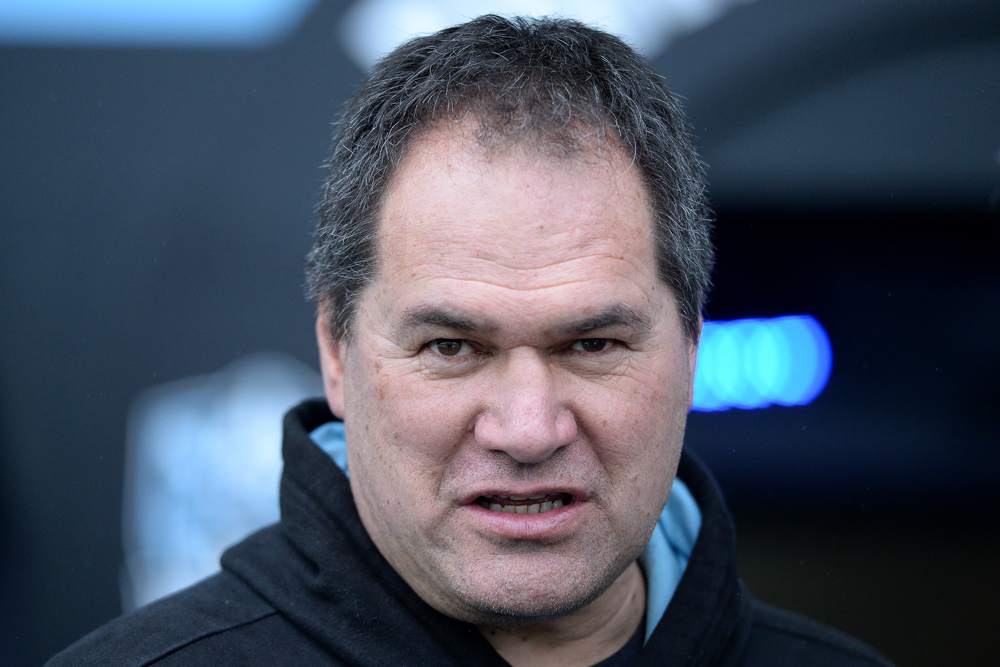 Rugby Australia on Monday and Tuesday announced significant executive pay cuts - 30 per cent for executive members and 50 per cent for CEO Raelene Castle - and stood down three-quarters of staff until Jun 30 in cost-cutting measures.

Castle said in a press conference on Monday that Rennie's salary had not been part of those discussions as he is not contracted to begin his new role until July.

Should Rennie be asked to take a pay cut in the coming months, he would be just one of many executives and Test coaches having to sacrifice some salary to keep their organisations afloat.

England'Rugby's executive, including coach Eddie Jones, have all agreed to 25 per cent cuts for the next three months.

All staff in Ireland's provinces and their national union, including players, have agreed to pay deferrals between 10 and 50 per cent beginning on April 1.

New Zealand Rugby announced on Wednesday that there would be 20 per cent pay cuts for staff across the board.

All Blacks coach Ian Foster was the first coach to confirm a pay cut for himself and his staff while some of New Zealand's highest-profile players have also publicly said they are bracing for salary reductions.

Domestic competitions in Scotland, Wales for the 2019-20 seasons have also been cancelled while New Zealand Rugby has cancelled all of its competitions below the Mitre 10 Cup and Farah Palmer Cup.

Three-quarters of staff stood down until June 30, remainder of staff on reduced hours or significantly reduced pay.

Majority of staff stood down across Brumbies, Waratahs and Rebels until June 30.

All staff, including Super Rugby and All Blacks coaches and senior management, to take 20 per cent pay cuts.

Remainder of RFU workforce earning over $A60,000 to take 10 per cent pay cuts for next three months

IRFU staff, including coaches and players, and all staff across provinces to take pay deferrals between 10 per cent and 50 per cent, depending on their salary.

Remainder of staff, including those not involved in professional rugby to take 10 per cent cuts.