Every week, that is, except this one.

The one-time coaching allies are now very much in rival camps as Gordon and Randwick size up a Saturday shootout in this weekend's absorbing schedule of Intrust Super Shute Shield preliminary finals.

They do know every blade of grass at Pittwater Rugby Park because that was their base for a rousing 2018 campaign together with Warringah.

The pair live within 500m of each other in Coogee and you might even spot them sharing a beer at the Coogee Beach Club at times. 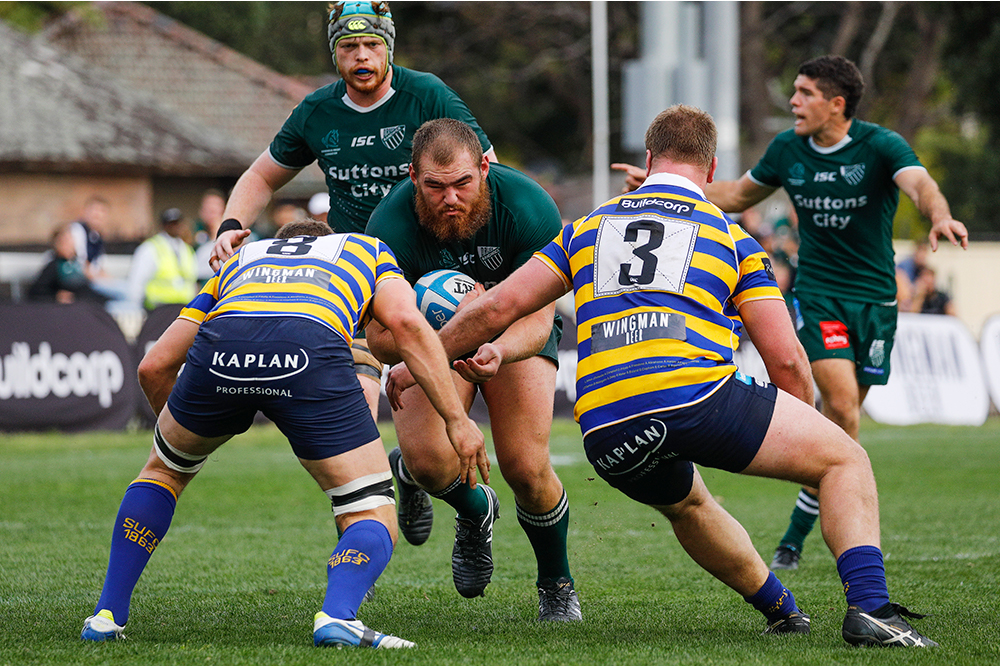 “We’re on a chat group together where we talk all things Shute Shield but there’s a ceasefire this week,” Gordon mentor Coleman said with a smile.

To keep his distance, McCormack actually disengaged from the group for a week when the two clubs met earlier in the season.

“We’re good mates but both mad competitors so we didn’t speak all week last time we played,” said McCormack, the Randwick coach.

McCormack will have to mastermind one of club rugby’s greatest turnarounds after last weekend’s 81-24 shocker against Easts.

“One bad performance doesn’t make us a bad team because we found ourselves in quicksand and made things worse for ourselves in that one,” McCormack said.

“No one is running the other way...a bigger attitude towards contact has been part of putting the work in so we respond with a performance that can beat Gordon.”

The return of NSW Waratahs halfback Mitch Short, albeit on restricted minutes, will be a big help but time may beat injured sevens spark Maurice Longbottom and his niggling hamstring.

Coleman’s 2021 coaching adventure with LA Giltinis with Major League Rugby in the US may be all sorted but he’s consumed by the next few weeks and what Gordon can achieve. 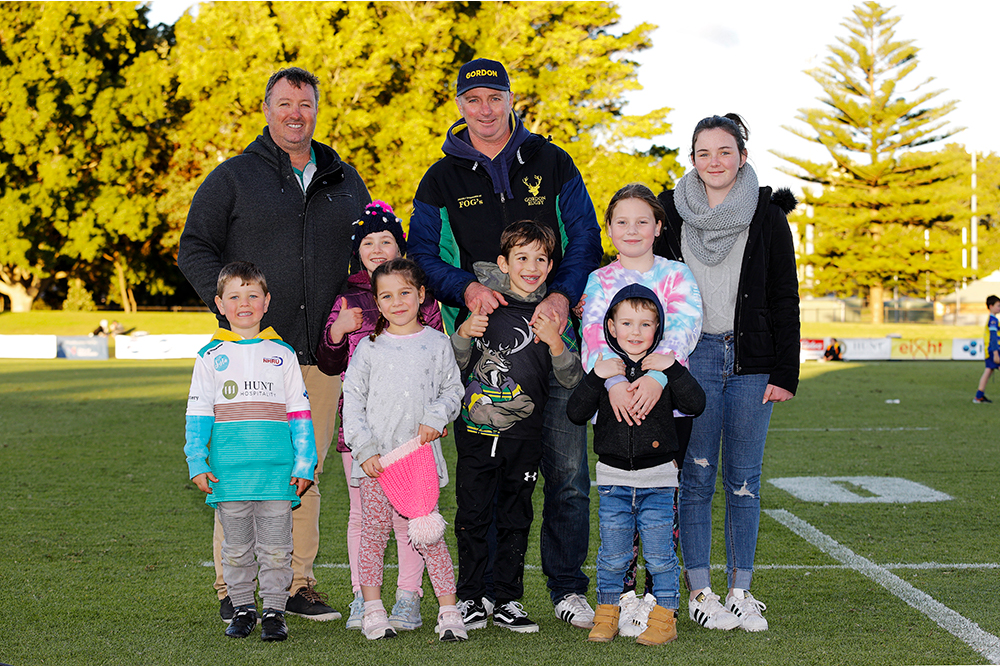 The Highlanders are a wonderful revival story considering they won just a single game in 2018 when conceding embarrassing scorelines like the 97-14 collapse against Norths.

Coleman’s arrival for 2019 may have been the catalyst for a shake-up but the club’s backing of a fine Colts class has meant the revival has come as much from within as from shrewd recruits.

Discarded 2019 Wallaby Jack Dempsey has been energised by his long-time club’s return to the finals and will be in the backrow with emerging talent Tom Silk.

Silk was a Colts ace just a few years ago and has injected his mix of strong ball-carries, hard work on the ball and lineout extras into the minor premiers' pack.

Captain Jordie Goddard will swing into No.8 and Brendan Mitchell is the new lock for Saturday.

Gordon’s Shute Shield premiership drought is into a third decade because the prized trophy has not been held aloft since the late Chris Hawkins’ team of 1998.

“Two years ago, the club was virtually dead last so it’s been a two-year project with a lot of effort from a lot of people to get to this point,” Coleman said.

“We definitely want to keep the momentum going in the finals and I think we’ll get benefit from winning a tight one (29-24) against Eastwood in the last round.

“It was genuinely alive in the last five minutes and that’s what you have to expect in finals so you have to work on things like drop goal set-up and the right plays for the final minutes.”

All three winners and the highest-placed loser from the minor premiership standings will advance to the October 24-25 semi-finals.

Eastwood coach Ben Batger is ignoring any pointer from his club’s 20-17 win over Easts in August for Sunday’s televised match on 7TWO. 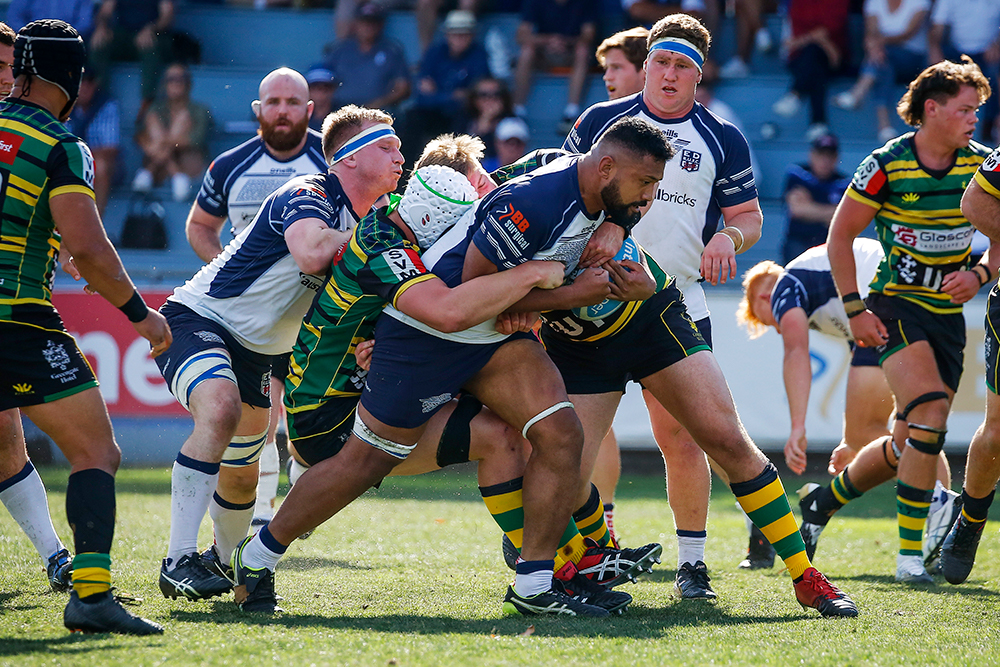 “That result is irrelevant because they’ve parachuted in all their rock stars since then,” Batger said.

“We’ll just have to dig a bit deeper to beat the Easts All-Stars.”

Young Woodies five-eighth Tane Edmed is not just the poster boy for ranga No.10s but a genuine game-breaker who was recently awarded the Dave Dennis Elite Youth Development Player of the Year gong by the NSW Waratahs.

“He’s the most composed 20-year-old five-eighth I’ve seen for a long time and the best defensive 10 and he’s still only a kid,” Batger said.

“It's two big packs going at it and two bulls right there,” Batger said.

Fabian Goddall is a massive 110kg-plus and Batger was revealing no secret when he said his giant winger will be heavily involved.

“We bring him into first receiver a lot because we just love the opposition No.10 looking up and seeing too big guys (Goddall and inside centre Enoka Muliufi) in front of him,” Batger added.

“Jack had a hand in almost every try, our breakdown was on and so was he with his quickness to the ruck,” Taumoepeau said.

“We got some really important lessons in how we want to play to take into this tough one against Eastwood.”

Waratahs winger Alex Newsome has been a subtle weapon for Easts with the calm clarity he gives the backline as an outside centre as well as stepping up with big plays like the try that iced the recent win over Sydney University.

Uni will take on Norths at scrum time in the first of the preliminary finals because it is as obvious as the club’s all-Super Rugby front-row.

Norths have made their single change for just that combat with German Haeffeli back at prop for Jayden Lynch, who will be used off the bench.

In-form Norths five-eighth Angus Sinclair will steer a settled backline but they’ll need a steady supply of ball to have a chance of flipping the 34-15 scoreline when they lost to Uni on October 3.

*Watch Easts v Eastwood live on 7TWO and 7plus

'This is about honouring our Indigenous people': Why the Wallabies won't take a knee during Bledisloe III