When Will Harrison swan-dived under the posts it appeared as if the Waratahs could pull off the unthinkable and deny the Rebels a bonus-point, moving them one massive step closer to the finals.

In the end, their final match heroics turned to dust as Matt To’omua broke their hearts with a late penalty, which saw the Rebels nab an all-important losing bonus-point.

Ultimately, that bonus-point proved the difference between making the final three and not.

But the tell-tale signs are there that Rob Penney’s men are onto something.

They have a crop of talented young backs who are emerging through the system, many of whom graduated through the Junior Wallabies in 2019.

To watch every second of the Bledisloe Cup and The Rugby Championship live, purchase a Kayo subscription here 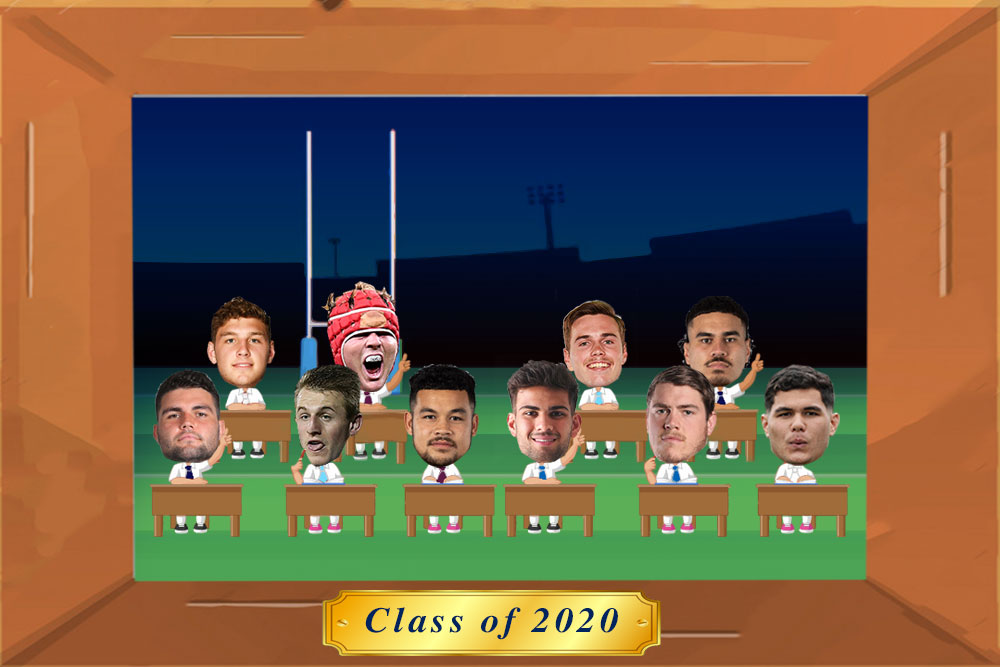 Following the departure of Bernard Foley, Harrison was given the first crack to own the No.10 jersey and despite his own side’s struggles the left-footer was one of the Waratahs’ best before COVID struck.

Even British and Irish Lions coach Warren Gatland and World Cup-winning playmaker Aaron Cruden were impressed by the rookie’s running game despite the Chiefs' big win over the Waratahs earlier in the year.

Harrison became just the third Waratah in NSW’s history to score more than 100 points in their maiden Super Rugby year.

What Australian rugby discovered too was a goal-kicker who was dependable, as he landed 37 of 40 (92.5%) attempts during Super Rugby AU.

Harrison’s form saw him called up to the Wallabies by new coach Dave Rennie.

Nor was the 21-year-old the only youngster to shine.

Prop Angus Bell was a regular in the team and has all the hallmarks of becoming a formidable Test front-rower in the years to come.

He and hooker Tom Horton, who debuted in Super Rugby AU, are the other rookies to earn selection in the Wallabies’ 44-man squad in 2020.

Then there is Mark Nawaqanitawase, the flying outside back who scored a brace of tries on debut against the Crusaders in Christchurch.

The young flyer has plenty of work to do in defence and has years to put some muscle on, but the winger can fly through the air like Israel Folau.

One to watch: Joey Walton

The centre was one of four debutants for the Waratahs in their opening Super Rugby AU fixture.

The Central Coast product is defensively strong and had the highest effective tackle rate in the backline for NSW in Super Rugby AU, successfully executing 58 of 60 tackle attempts.

CULTURE: Why the Wallabies are pushing themselves to the limits under Rennie

Today at 9:30 AM International

Brumbies set up camp in Jindabyne as Wallabies return