When he takes to the field on Friday night, the reward won’t be for one individual, instead, the team around him.

One of Rugby Australia’s lesser-known officials, Jordan Way will join the class of 2020 when Way takes charge of the Force v Reds clash at Cbus Super stadium.

And he is adamant his assistants, Nic Berry and Damon Murphy should take as much joy from it as he does.

“I think what very few people realise is how close we are as a team, and that our individual successes are more so team success,” Way noted.

An incredibly humble Way can often be seen taking charge of close-knit finals on the Sevens World Series, the format of the game in which he has excelled and crafted his path in, even securing his place in the middle during the 2020 Olympics. 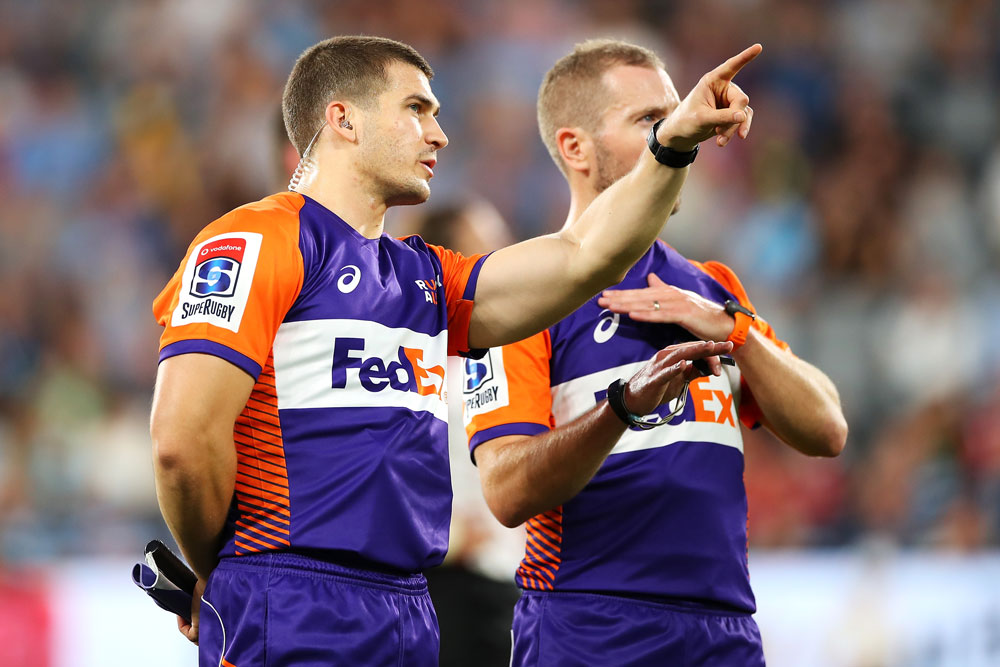 While the cancellation of the World Series hasn’t seen his eyes shift off an Olympic final goal, it has allowed him to dive back into the XV’s format where his journey took off.

After breaking his collarbone playing school Rugby in far north Queensland, it was Jordy’s mum who signed him to the local referee association where he initially took up the whistle simply to give back.

A move down to Brisbane for University saw Way take to the field for Easts Tigers, playing premier grade while concurrently remaining involved in refereeing through the local association.

“When I first started, it was mainly for a bit of fun, but then you go on to meet new people, head to new places and try new things and it becomes quite special,” Way told RUGBY.com.au

The talented official was recipient of one of Rugby Australia’s School Student Scholarships and his continuation into Senior Rugby was pleasing to national staff. 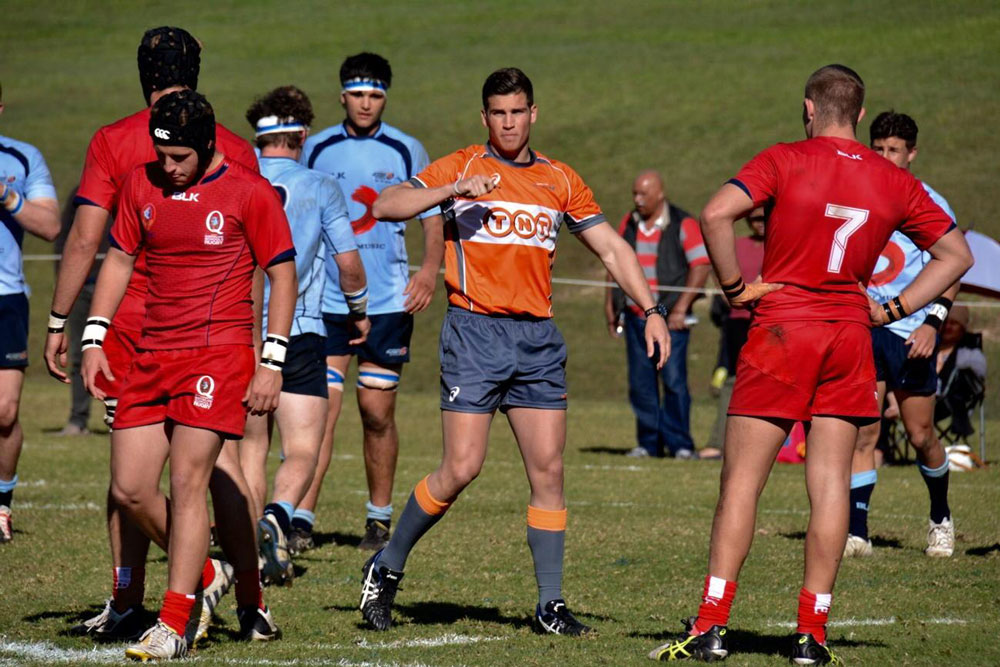 Way’s development with the whistle saw him selected to take charge during the Australian Schoolboys Championships in 2015 where he excelled, rewarded with the final.

Following this Way found his stride, meeting several of Rugby Australia’s referee coaches who helped him carve out a 7s specific path, running parallel to the XV’s pathway.

This path ultimately saw Way selected for the Sevens World Series Panel in the 2016/17 season. Which is where he realised, he may be able to forge himself a career in Rugby.

Ahead of his debut match, Way will draw on both the experience of his wingmen, as well as his own, using his time away from the World Series to hone is XV’s skills.

“I am fortunate I’ve been running touch in Super for the past few years, and I’ve been really involved in the underage pathway as well as the NRC and those pathways competitions are second to none in helping me progress.”

Refs for the final of the @ntrugby Hottest 7s in Darwin! Great job done by all match officials over the weekend… pic.twitter.com/TJ3b6ITbp6

Since news of his debut, Way has continued on business as usual, remaining adamant it’s as much the team’s success that it is his own. While not directly likening the match to a game of Club Rugby the principle of his role on game night is pretty simple.

“You’re there in the middle of 15 guys from each team trying to help them play a game of footy.”

However, he did acknowledge the importance in which it plays in his own development.

“Whenever you get the opportunity to do club rugby, it makes you appreciate the game so much more,” Way said.

“Right now, there’s so much passion around the club game, and when we get to go into that environment, it reminds me that its why we do this."

And it’s no surprise when asked what his best piece of advice for any match official was?

“The biggest one is that you need to enjoy it. It’s a common theme throughout our team, but that’s because we all enjoy doing what we’re doing!”

As always, Way was quick to dismiss praise on his appointment, acknowledging the support of those around him, namely Berry and Murphy.

“They’ve helped me get to the next level and foster my development, so to have them there it's very special to celebrate it as a team.”

Catch Way in action when the Force take on the Reds at Cbus Super Stadium on Friday August 21, kicking off at 7:05pm AEST, LIVE on Foxtel, Foxtel Now and Kayo Sports. Buy tickets here. Buy a Kayo subscription here.

'They’re not the All Blacks of old': Wilson says 'it's time for Wallabies to step up' in Bledisloe Cup

Shute Shield: Eastwood stalwart to retire with a bang