COOPER: \"Super Rugby AU has given me an opportunity which wouldn't have happened otherwise.\"

Super Rugby AU has been a competition of debuts, with coaches capitalising on the domestic format to blood their next generation of provincial stars.

Friday night's match between the Rebels and Brumbies at Leichhardt Oval is set to only welcome one debutant, and it's from neither of those teams. It will be the man in the middle, Western Australia's Graham Cooper and it's very much a long-awaited debut.

Commencing his Rugby journey in the under-6s like most other aspiring Wallabies, Cooper's adoption of the whistle didn't come till much later. Originally getting qualified "as a way of getting out of doing Friday afternoon private study," in high school at Wesley College.

Continuing to play senior Rugby, floating between first and second grade for the Southern Lions. The West Australian was still yet to fully embrace life as a match official, only really taking charge of matches during gala days while he was a development officer at RugbyWA. 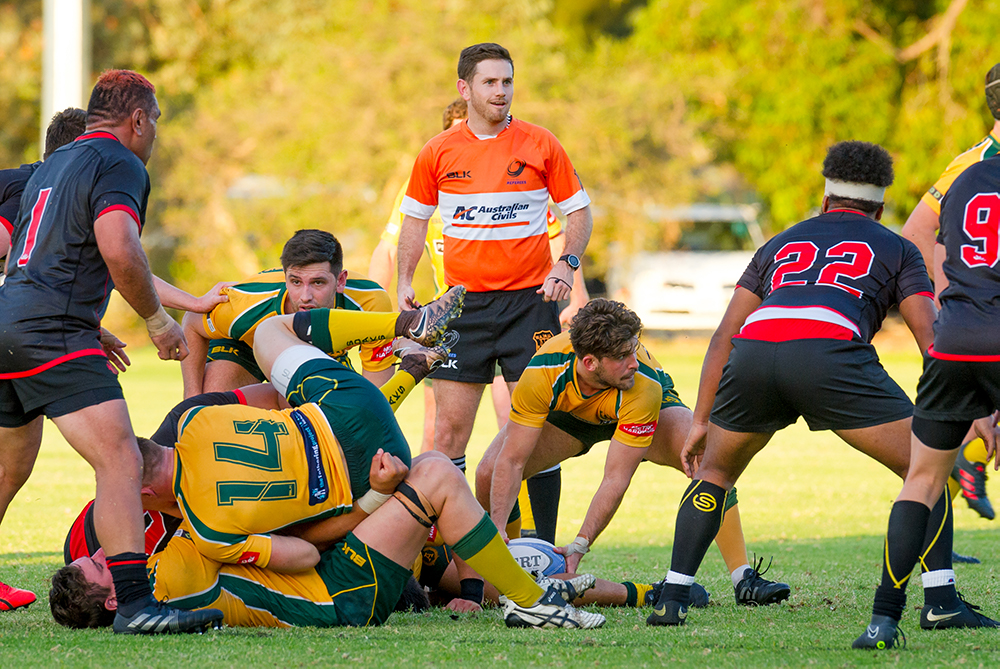 It wasn't until he was nominated by RugbyWA to attend the National U16s Championships, as an official. Here he met Andrew Cole and John McCarthy, the National Referee Coaches at the time. Here, they put pressure on him to take refereeing a bit more seriously.

Upon returning from the championship, Cooper continued to both play and officiate before the inevitable clash came whereby his level of officiating clashed with the level in which he was playing at.

"If I was going to progress in my refereeing I had to stop playing, so I decided to give it a crack and hang up the boots," Cooper said.

However, he found the "first twelve months really difficult, not playing with my mates or being in that club environment." This culminated in a phone call to Cole, the National Coach who encouraged him down the path in the first place.

"I remember calling Coley [Andrew Cole] and saying I don't think I can do this mate, and he assured me that it was going to get better."

Following an invitation to the Australian Schoolboys Championships and spending twelve-months travelling to various national tournaments, including the Hottest 7s in Darwin Cooper was elevated into the 2015 National Match Official Panel. 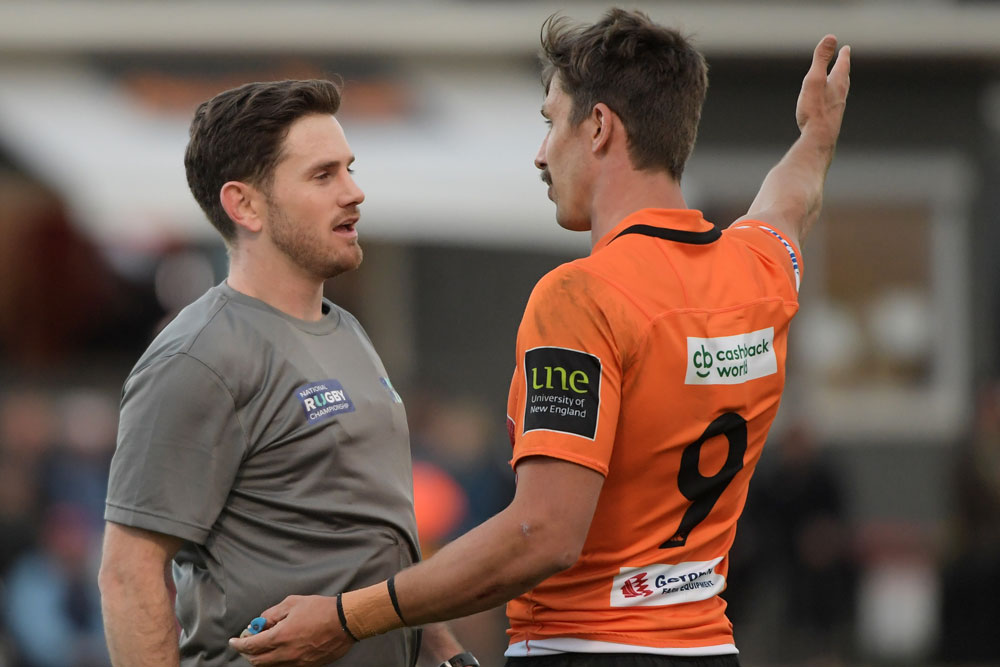 While noting that "some things had been a bit of a battle", he is high in praise of the National Rugby Championships, which came back online during this period.

Being on the West Coast the up and coming official was in a pole position to take control of the states respective home fixtures. Cooper admitting "NRC allowed me more exposure in the middle."

"It [the NRC] played a huge part, both for development coaches as well as for match officials like me," Cooper said.

While a later appointment to the Women's Rugby World Cup in 2017 allowed Cooper "to get a dose of what International Rugby is all about."

However, 2020 wasn't meant to be Cooper's year in Super Rugby, a format he was yet to take control of, having served as an assistant for several years. "I wasn't selected to be in the Super Rugby setup originally in 2020" Cooper said.

"However, the new format of Super RugbyAU has given me an opportunity which wouldn't have happened otherwise."

Rugby Australia called on its National Match Official Team to take control of the competition's fixtures. With regular match officials such as Jaco Peyper and Brendon Pickerill trapped within their home countries as countries closed borders in late March.

Since news of his appointment, and a brief celebration informing his family and partner, a relatively calm Cooper just "switched back to my normal weekly preparation."

It's crucial to "understand what the teams are trying to do" Cooper noted."

Each week the referees work with the respective team coaches as well as our own coaches.

"This week I've spent a lot of time talking to both Dan and Dave to see what they're trying to achieve in their games. This then which when dovetails into how we facilitate that."

From here officials work with their own respective coaches, including Scott Young and Mitch Chapman to develop their own game plans. Not too dissimilar to the teams in which the teams they are officiating prepare.

Cooper also has the luxury ahead of this weekend's game on drawing on the experiences of his fellow team members. With one of Australia's leading match officials Angus Gardner running touch as Cooper takes the reigns.

When asked for the best advice he could give any young official, the answer was quite a simple one.

"Enjoy it! You need to love what you do."

It's a debut year's in the making, and one built largely on Australian domestic competitions.