by Beth Newman
Quade Cooper (left) and Billy Meakes reflect after the loss to the Stormers. Photo: RUGBY.com.au/Stuart Walmsley

Quade Cooper’s hopes of making a sensational code switch could mean making a choice between a “lifelong dream” and returning for another season in Japanese rugby.

Cooper is reportedly in the sights of a number of NRL clubs as the rugby league competition looks to restart on May 28.

The former Wallabies flyhalf said earlier this week to the Sydney Morning Herald, that a stint in the NRL would be fulfilling a “lifelong dream” for him.

Cooper still has one year to run on his two-year deal with Japanese side, Kintetsu, and their approval would be critical if he wanted to juggle both codes.

"I had a great time in Japan and Kintetsu has been nothing short of amazing," Cooper said on Monday.

"The experience, the club, the people ... and I'm very much looking forward to going back there.

“But with their blessing, if they said that they don't mind me going to the NRL for that short three- or four-month season to do something I've always wanted to achieve, then mate, I'd jump at the opportunity to fulfil a dream that I've had since I was a kid.

“The way things are kind of working out, it could be one where all the stars align."

The NRL is yet to confirm how the competition would look if it is able to return next month but it is expected to run deep into the back end of 2019.

Next year’s Top League season is set to start in January, with preseason slated to begin in September and it is unlikely that the Japanese outfit would be flexible with those requirements, pending international travel restrictions.

Cooper has often proven the exception to the rule when it comes to balancing different sports - he was cleared for a preseason boxing stint back in 2017.

The 32-year-old still has one season left on his contract with the Liners and Japanese rugby clubs tend to be fairly inflexible.

Kintetsu coach Nick Stiles, who is currently in Australia awaiting clearance to return to Japan for next season, said it would be hard to see Cooper being cleared to play both codes. 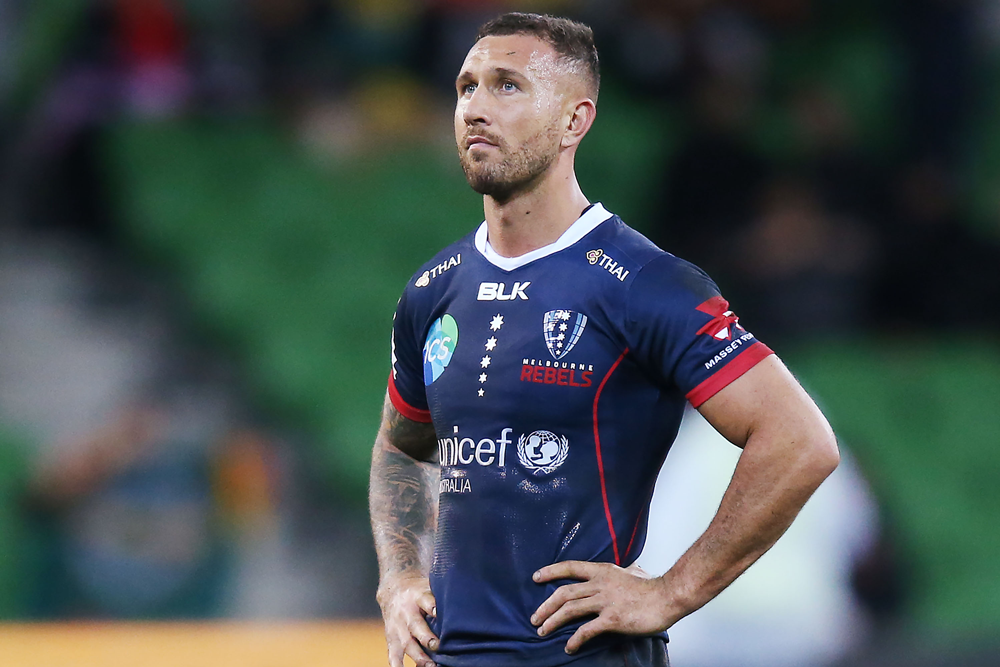 Stiles said he hadn’t spoken to the club’s administration about their stance on Cooper’s code-switching interest but hinted that the mercurial flyhalf would likely have to make a choice if he wanted to pursue an NRL opportunity.

“The good thing about Quade is he’s a special athlete, he’s always been motivated by challenging himself in different environments,” Stiles said.

“Whether it’s his boxing in the past or training with athletes from different sports, those things do stimulate him.

“So, it's something you’ve always been happy for him to do but at the end of the day at this stage of his career he’d be wanting to continue with his good form and not potentially jeopardising anything moving forward.

“Being off contract, you always want to make sure you’re in really good condition, and it’s evident with the work and the training he’s been doing at the moment that he’s highly motivated and he's been thoroughly enjoying his rugby in Japan.”

Discussion around a potential NRL switch for Cooper was sparked this week, after a series of viral clips he posted during training sessions with Broncos star Tevita Pangai Jr.