New Zealand Rugby has unveiled an emergency grant to its five Super Rugby teams to have them afloat and ready whenever the competition resumes.

On the same day that he confirmed staff cuts across the organisation, NZ Rugby chief executive Mark Robinson announced the distribution of $NZ250,000 ($A243,000) each to the Blues, Chiefs, Hurricanes, Crusaders and Highlanders.

The money can be used for the next three months as a "critical supplement" to other financing options in the face of the coronavirus epidemic, Robinson said.

Kiwi Super Rugby teams earn most of their revenues through private commercial backing and gate takings but both streams were pummelled when the competition was suspended two weeks ago.

A bid to launch a New Zealand-only competition fell over when tight national restrictions were announced by the government to combat COVID-19.

The current franchise licences are to expire in September and Robinson said negotiations for the next term would go on hold.

That would allow NZ Rugby to review its governance of the competition and ensure it is sustainable.

"These decisions are about protecting the core capability of the Super Rugby clubs so that they are ready to hit the ground running if Super Rugby resumes later this year, and also be in a position to revive and participate in Super Rugby in whatever shape it takes in 2021 and beyond," Robinson said.

He confirmed New Zealand's 26 provincial unions would receive their full quarterly funding from a pool of about $30 million this month but couldn't guarantee that would continue later this year.

Earlier, it was confirmed that NZ Rugby staff will take a 20 per cent pay cut across the board, which a spokesperson said would have been worse were it not for the assistance of the New Zealand Government's wage subsidy scheme.

The cuts are for a three-month period after which it will be reviewed.

The measures compare favourably with Rugby Australia, which on Tuesday night announced three-quarters of its staff -- about 100 people - will be stood down until at least June 30 while the remainder were retained on drastically reduced salaries.

An agreement with New Zealand players over pay cuts is expected to be reached next week. 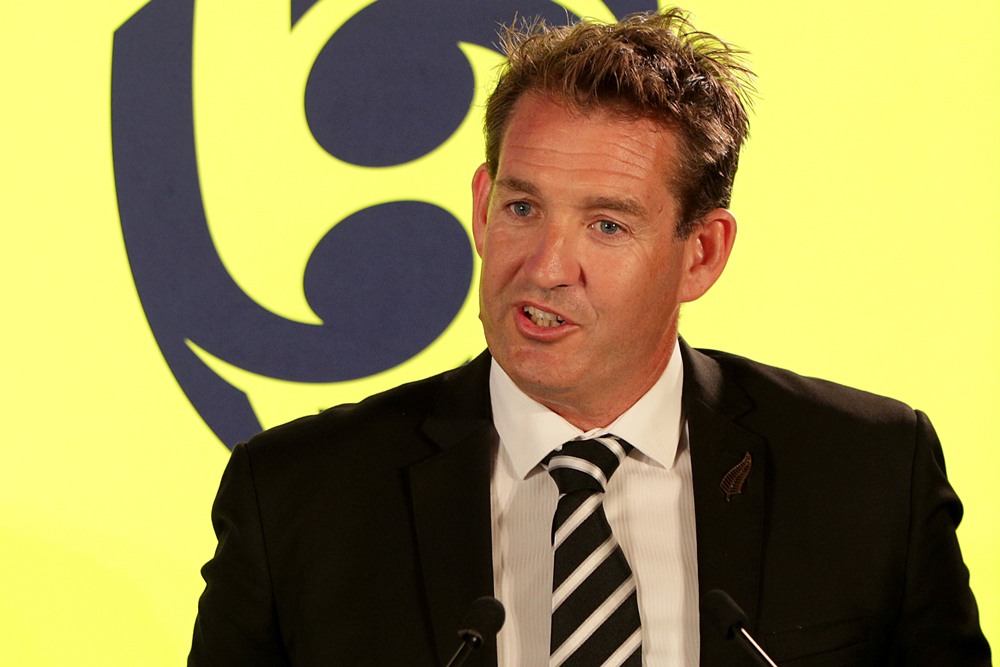 NZ Rugby boss Mark Robinson has estimated his organisation will suffer revenue loss in excess of $NZ100 million ($A97 million) this year in a worst-case scenario, under which no top level rugby is played.

It has also canned any national sevens events and lower-tier representative rugby for the remainder of the year.

Those moves, in conjunction with the freezing of other budgeted activities, would save NZ Rugby about $20 million, he estimated.

In an interview with the New Zealand Herald, Robinson said redundancies at NZ Rugby would become a reality if the sport's resumption is delayed.

He said he will dip into the sport's cash reserves, which total about $80 million, but wouldn't say to what extent.

"We've acknowledged to the board and stakeholders that reserves are there for times of crisis and we'll be utilising them but we also want to make sure when we get through this we're in a position that's positive enough to rebound quickly. That's part of the balancing act in all this."

Robinson has been in touch with World Rugby officials and indicated there will be bailout packages coming to national unions.

However, the level of support will depend on how much international rugby is played this year.

Today at 11:53 AM International
Feature