Rugby Australia has announced it will stand down 75 per cent of its workforce for three months in what the organisation described as the "toughest decision" in the game's history.

Rugby AU CEO Raelene Castle confirmed in a statement on Tuesday that three-quarters of the administration would be stood down from April 1 to June 30 to keep the organisation afloat during the coronavirus shutdown.

The decision was made based on Rugby Australia's forecasting of a worst case situation where Super Rugby and the entire Wallabies Test calendar was wiped out as the world dealt with the pandemic.

In that situation, the business would stand to lose $120 million in revenue across the game, something that would be catastrophic.

The remainder of staff will be asked to take significant pay cuts or work reduced hours as rugby works to ensure the survival of the national body and the state unions.

Rugby Australia also met with the Rugby Union Players' Association on Tuesday as well, detailing the serious cuts they were proposing but those talks are expected to drag on.

“We shared with the Rugby Union Players Association today the breadth of our cost-cutting including the standing down of 75% of our staff. We will work closely with RUPA to reach an agreement which is appropriate given this unprecedented situation," Castle said in a statement. 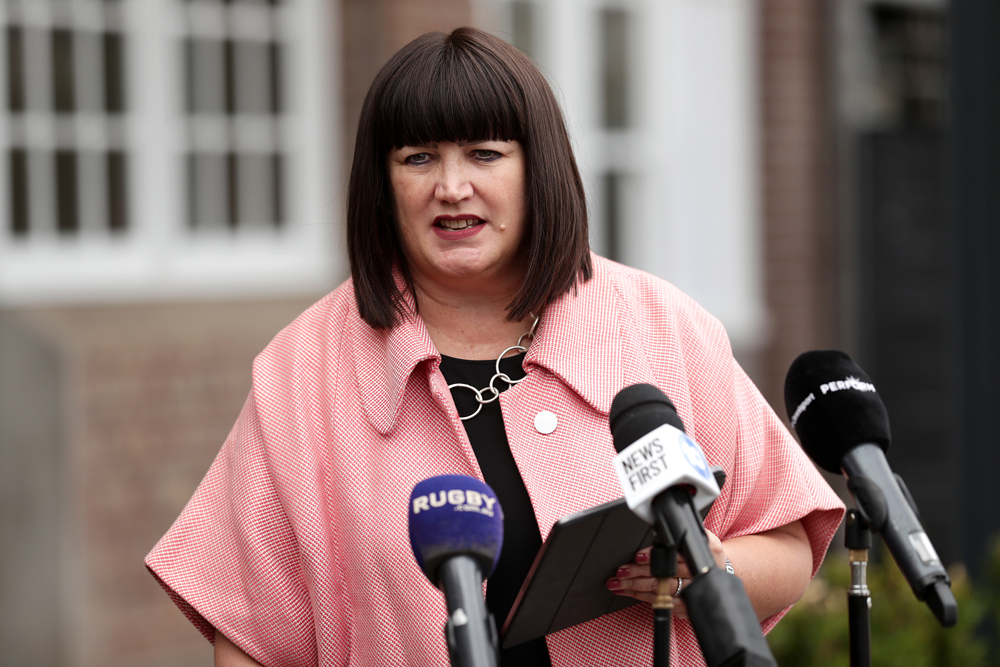 RUPA CEO Justin Harrison said in a statement on Tuesday night that they were still awaiting detailed information on Rugby AU's financial position.

"Australia’s professional rugby union players are still waiting on detailed financial information from Rugby Australia after talks in Sydney today, still not provided after three weeks of requests," he said.

"Although RA provided no assurances, RUPA looks forward to the opportunity to assess that information in the near future.

"Australia’s professional players also acknowledge Rugby Australia’s decision to stand down 75 per cent of its staff who are stewards for the game.

Tuesday's announcement comes off the back of Castle's confirmation on Monday that she would be taking a 50 per cent pay cut and her senior executive would take 30 per cent pay cuts for the next three months at least.

Castle, who had held out on announcing any staff cuts as the organisation awaited news of wage subsidies from the Federal Government this week, said the decision was incredibly difficult.

"Today we have had to deliver the hardest news imaginable to our incredible, hard-working and passionate staff, that many of them will be stood down for a three-month period so that the game can survive this unprecedented crisis," she said.

“We welcome the announcement from Prime Minister, Scott Morrison and Treasurer, Josh Frydenberg yesterday regarding the Job Keeper payment and we will work closely with all our staff to ensure they can access whatever government support is available over the coming months.

“Since the suspension of our proposed domestic Super Rugby competition, we have been working to understand both the immediate and long-term financial implications for the game as a result of the suspension of the competition, and potential further loss of revenue-generating content as we look ahead to the international season.

“Our extensive modelling shows that as a code, we could lose up to $120 million in revenue should it not be possible for any Rugby to be played in 2020. Of course, that is the worst case scenario, and we are very hopeful that we can recommence the Super Rugby season and domestic Wallabies Test matches at some point this year." 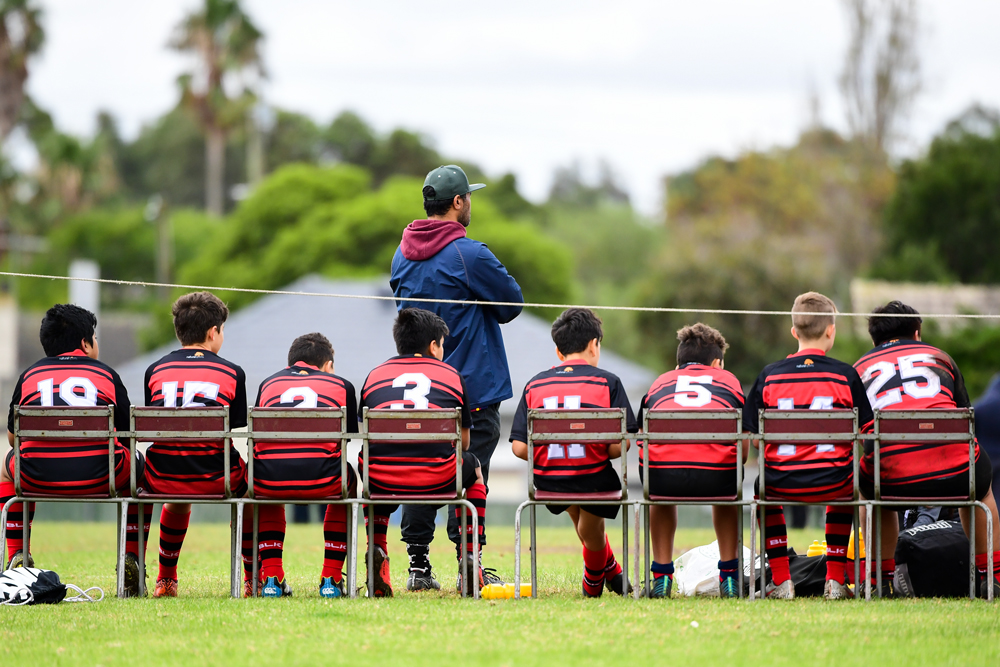 Castle said she would work to ensure that even those employees stood down would be kept involved in regular updates.

“The measures we will implement from April 1, although extremely painful, are necessary to ensure the sport remains financially viable and to ensure that we are able to come out the other side of this global crisis, fully-operational and ready to throw everything into the rebuild," she said.

"It is our priority to keep all of our valued team connected and engaged through this period."

“We remain in close dialogue with World Rugby and the Australian Government around potential support for our game and are working side-by-side with our Member Unions with their State and Territory Governments to unlock some additional potential support to ensure, first and foremost, that we can continue to run our community rugby competitions after this Coronavirus issue has finally abated."

Rugby Australia is not the only organisation making sacrifices, Castle said, praising all staff members and state-based workers who are also in difficult situations.

“Not only have our Super Rugby organisations made deep sacrifices, our smaller State and Territory-based Unions that are largely volunteer-run have also made significant contributions to ensure the game can go on," she said.

“I want to pay tribute to each and every member of staff across our Rugby organisations and once again stress that once we get through this crisis, and we will, Rugby will be back stronger than ever.

"All staff on stand down will have continued access to Rugby Australia support services during this time.”

The Brumbies will keep on a skeleton staff in the next three months after announcing cutbacks to their staff on Tuesday.

In a statement, the ACT franchise will offer a "significant number" of staff reduced hours while a small number will take pay cuts but continue to work full-time.

"This is the hardest decision ever made by the Brumbies as an organisation and also for myself personally," Brumbies CEO Phil Thomson said.

"The impact of the COVID-19 pandemic is being felt right across society and what we have had to implement today is the first step in trying to ensure the Brumbies remain viable into the future.

"Our staff and players are the fabric of the Brumbies family and an essential part of our future and will be an extremely important part of our recovery from this unprecedented situation.

"I cannot thank them all enough for their incredible work and for what everyone has been able to achieve so far this year both on and off the field and I'm sorry we are in this situation.

"We are an organisation with a long and proud history, with our foundations built on overcoming adversity and displaying resilience.

"I am confident that the Brumbies family will bounce back."

CEO David Hanham said in a statement that the government's JobKeeper subsidy had enabled them to keep their staff employed, though it is unclear in exactly what capacity.

“I want to congratulate the federal government on their ‘JobKeeper’ announcement yesterday, which has given businesses like ours a much-needed boost across Australia," he said.

“In two decades at the QRU there has never been a tougher day than this.

"But what I’ve heard from our passionate staff today is that they want to work and serve Rugby and assist the QRU through this global crisis.

"Due to the flexibility of the JobKeeper regulations, the QRU’s now able to offer our loyal staff employment. That’s a very positive message - that our people will continue to serve Rugby while they are on the JobKeeper scheme, to ensure that we hit the ground running when Rugby is able to recommence.”

Hanham said he was confident the difficult calls made on Monday would enable the sport to survive in the long-term. 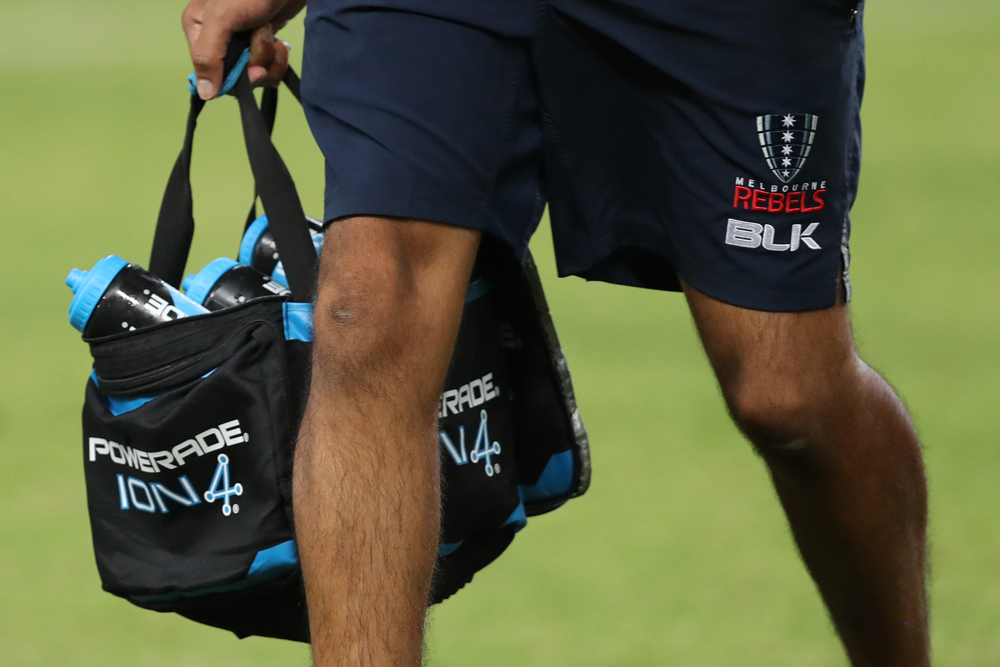 CEO Baden Stephenson said he was hopeful that they could bring much of their staff members back on "reduced" duties with the news of the government's JobKeeper payment.

"These are extraordinary times for us all and the Melbourne Rebels are certainly not alone in facing significant unexpected financial challenges," he said.

"We acknowledge the unprecedented support that the Federal Government has announced over the last fortnight for all eligible Australian businesses.

"In the coming days we will comprehensively digest the government’s recently unveiled assistance programs - in particular yesterday’s JobKeeper announcement - to determine how we can best keep connected and engaged with all of our staff.

"We are hopeful of returning many of our staff back to reduced duties in the very near future utilising the assistance of the JobKeeper program. With current government regulations and COVID-19 containment measures making the resumption of Super Rugby unlikely to occur in the next couple of months, we have had little option but to take this action to help us successfully navigate this challenging period."

Melbourne's players began a two-week annual leave period on Monday and are training away from the club for the short-term.

The Waratahs stood down 70 per cent of their staff on Tuesday, as they brace for the financial impact of the coronavirus pandemic.

As has recently been seen across the sporting industry, workforce management is a key strategy to survival,” he said.

“NSW Rugby face some significant financial pressures as a result of COVID-19 and we’ve made the regrettable decision to stand down many of our valued employees.

“All areas of our business have been affected including broadcast, sponsorship, ticketing, membership and all of our community competitions – we’ve had to adjust accordingly.

“Times like these create a need for pragmatism and unfortunately our hand was forced in this instance, we have a wonderful workforce passionate about our game and committed to growing rugby in New South Wales.

“We’ll continue working with a small team at NSW Rugby, as we focused on keeping our game connected during this difficult time.

“Our immediate focus is to ensure our effected employees get the support they need throughout this period, with flexible access to existing leave as well as the ability for employees to take leave in advance.

“In addition, we’ll also be looking at various ways to ensure our financial sustainability in these uncertain times.”