Rugby Australia CEO Raelene Castle confirmed on Monday that she would take a 50 per cent pay cut, to the tune to $400,000, while the rest of her executive team would cut their salaries by 30 per cent for the next three months at least.

RUPA CEO Justin Harrison released a statement on Monday night welcoming the decision of Castle and her team to reduce their salaries, and took their moves as an indication of "adequate" pay reductions.

RUPA and Rugby Australia will meet on Tuesday to discuss potential salary cuts, after big reductions in their major sporting counterparts.

“The RUPA acknowledges Raelene Castle’s decision to take a 50 per cent pay cut and we also note her executive team’s acceptance of a 30 per cent reduction in salary,” RUPA CEO Justin Harrison said.

“As a playing group, the members take an indication that pay cuts of between 30 and 50 per cent are considered adequate to help nurse the game through this crisis.”

“Our fear was deeper cuts might be needed and that the game was in a financial black hole.”

Harrison said he looked forward to the first "transparent" meeting on Tuesday.

“We look forward to the first opportunity for pragmatic and transparent discussions on the restructuring and survival of the game," he said.

If rugby's players do take a big cut, they follow NRL and AFL players in taking pay cuts due to the code's financial position.

The AFLPA recently agreed to a 50 per cent pay reduction with NRL players are in negotiations with the NRL over a potential 75 per cent salary reduction.

"All of these things will be discussed on a monthly basis," she said.

"It's a good start point to set an example around how important an issue I think this is."

Castle said Rugby Australia was working to keep Super Rugby teams and the organisation's member unions running for the next three months to start with.

“It’s important that we keep Rugby Australia, Super teams and other member unions all in a financially viable situation over the next three months to make sure any decisions we make going forward for rugby in this country will be made with time, with the accurate financial information, and we can make any of those decisions calmly and in a considered way knowing that we’ve got certainties for at least the next three months.

“Those decisions are significant, and we will continue to work closely with government and with COMPPS around how an industry package for sport might be developed for all of sport.

“We’re in constant dialogue with government around any financial situation we find ourselves in and that we might have for additional loans for grants or loan facilities."

Castle said that three-month plan, at the end of which she is confident the business will be "cash positive", is ensuring all Super Rugby teams and their associated unions and other unions receive their usual grants.

"Part of that three-month rolling process we've put in place is to ensure the grant to all of our member unions stay in place to make sure our Super unions and other member unions, where the grant is equally important, all remain in place for second quarter of our financial year," she said.

"That will allow them to get their grants, them to make sensible decisions, and give us time to work through what the next six months look like." 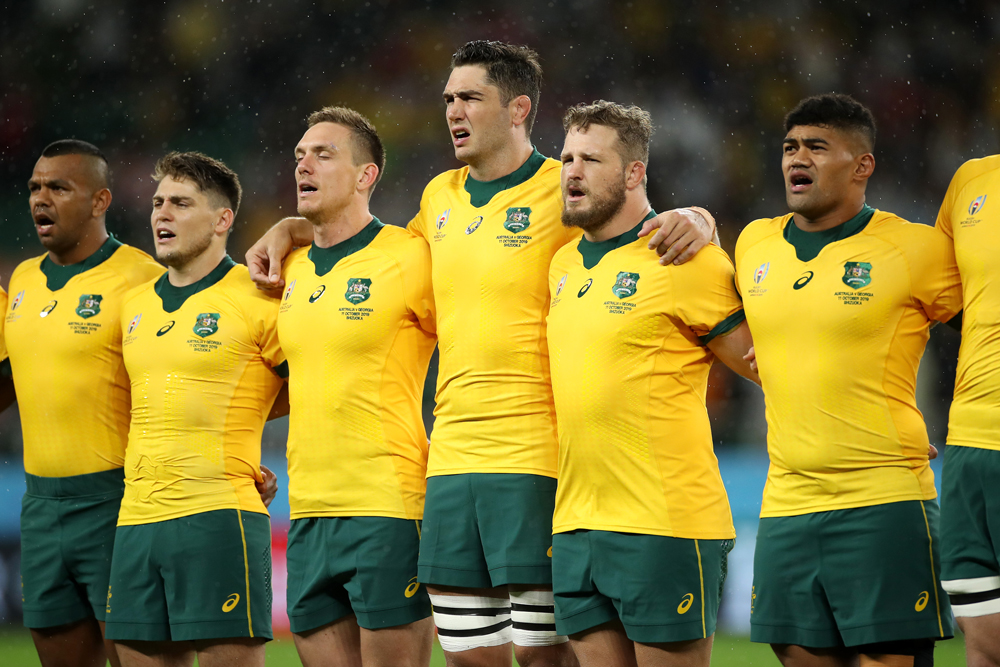 Rugby Australia is yet to announce any other staff or player cuts, with Castle saying she wanted to ensure the organisation had financial clarity before embarking on discussions.

The national body will meet with the Rugby Union Players' Association on Tuesday afternoon, after the players body criticised Rugby Australia for creating a "vacuum of information" around the financial future of the game.

“So we have been in dialogue with RUPA, I’ve been updating them regularly, I understand from their point of view there’s a level of frustration that they haven’t had deep engagement earlier," she said.

"The reality is I didn’t want, and Rugby Australia felt, the most important thing was to head to those conversations with a chance to give them accurate information so we could enter into a solution-based scenario for the next three months.

“They have been aware of those time lines, that will now begin on Tuesday afternoon.”

Castle said she and Rugby Australia would not be going into those talks with a set number or percentage cut to offer to the players.

"I've committed to RUPA that we wouldn't come to the table as a fait accompli and it be presented to them as a 'here it is, take it or leave it'," she said.

"We will work through that scenario planning with RUPA, that's the commitment I've made to Justin, I stand by that and we'll start those discussions tomorrow.

"I just think we'll be able to expedite the conversations as opposed to starting last week with half information and not really knowing.

"The conversations will start tomorrow and we'll be able to know very quickly because we'll have accurate information.

"This is difficult times, difficult times for all staff in our businesses and for players. I have enormous amount of sympathy for that. The players are incredibly important to this game, as are all the staff that give their heart and soul to make this game be delivered on any given week."

Castle has been adamant about not wanting to rush decisions on player or staff cuts and on Monday reiterated her desire to await news of a new stimulus package to be unveiled by the Prime Minister.

Prime Minister Scott Morrison unveiled his stimulus plans on Monday afternoon, confirming that employers would be paid $1500/fortnight per employee to try and keep stood down staff on the pay roll despite turnover being diminished.

It was that announcement that Castle said earlier on Monday that Rugby Australia was awaiting, with expectations of some "difficult conversations" to come.

"Over the last 10 days we've done nothing but scenarios around how we can take cost out of the business and that includes all the different contracts we could stop," she said.

"There is no doubt that across our business, including staff, we are going to have to have some very difficult conversations.

"However, we know the government are trying to make some announcements to support staff so they get supported," she said.

"We're in dialogue with the government to understand what that allowance look like so that we can factor that into our decision-making." 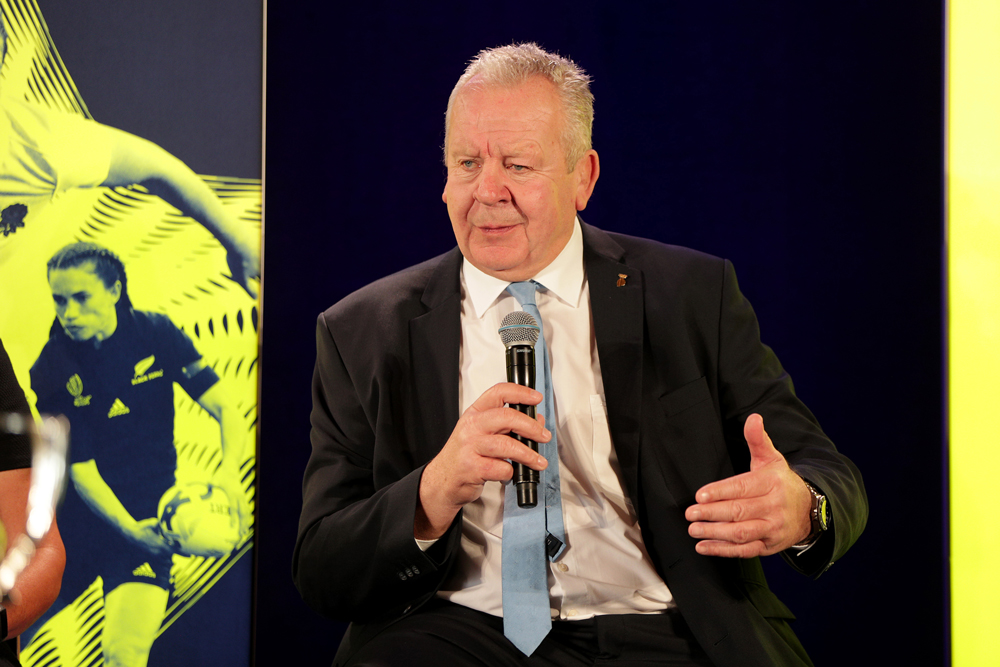 While gate takings and broadcast revenue could be significantly diminished in the coming months, Castle said there was still options for the sport to generate cashflow.

"Yeah there is still revenue coming in from all sorts of different elements, some broadcasting sponsorship and the other revenue streams in government that we already have in play," she said.

"There is no doubt that we are working as hard as we can with those corporate partners and sponsors to see if we can come to some sensible agreement around ensuring that businesses that are engaged continue to support Rugby Australia and equally finding innovative ways that we can promote them through social media and other ways that people are now engaging because they don’t have any live sport to watch.

Outside of its own funding, Rugby Australia has joined forces with other major Australian sports in the Coalition of Major Professional and Participation Sports to try and seek government assistance.

"We will continue to work closely with government and with COMPPS around how an industry package for sport might be developed for all of sport," she said.

“We’re in constant dialogue with government around any financial situation we find ourselves in and that we might have for additional loans for grants or loan facilities."

World Rugby is another potential source of aid, sitting in a comfortable financial position just months after the successful Rugby World Cup in Japan.

Castle said the international body had created a process for all tier one nations having financial concerns to apply for support.

"World Rugby have put a formal process in place where they are internally looking to analyse how much of their reserves that they could unlock either as a loan facility for its tier one nations," she said.

"So, they’re doing the work at their end.

"They’ve appointed a working group to manage that piece of work, they have sent all Tier One nations a questionnaire to fill in around our current financial situation and when they collect that data, they’ll have a conversation about comparing that opportunity.

"But there will certainly be some level of support from World Rugby, what that level is yet we don’t know."

Asked whether Rugby Australia had engaged Western Force owner Andrew Forrest in funding conversations, Castle said Rugby Australia was looking at the option of engaging individual investors in the game.

"There hasn’t been any specific conversations with Andrew Forrest but there is a work stream within Rugby Australia to identify the high net worth individuals that might have an interest or some support of rugby and we’ll be working through the process of having some conversations with them around a whole range of different options about how they might be able to support the game," she said.