Rugby Australia is establishing a "think tank" to discuss the future of Super Rugby in 2021 and beyond while the chances of upcoming July internationals being played appears increasingly unlikely.

Rugby Australia CEO Raelene Castle said on Monday that a plan to keep Rugby AU and its member unions viable for the next three months was the first priority for the organisation.

Next season's Super Rugby format is set to revert to a 14-team round robin format but that was established before the turbulent start to this season.

Asked whether Australia would be fielding four Super Rugby sides in 2021, Castle said they were committed to sticking to the plan but admitted they had to think about all options.

"We're just not at that stage at the moment," she said.

"Survival for the next three months is the most important piece, then we can sit down as a sport.

"We proposed this morning that we have a think tank that will bring together all the key stakeholders across the game and start thinking about some of those scenarios about what options for the game could be considered.

"At the moment we've got contracts in place around delivering a Super Rugby structure, with four teams, and that's the model that we'll be working to.

"But it would be crazy for us not to be thinking about other scenarios that might roll out. Be that domestic, international or the SANZAAR product."

Indefinite travel bans and bans on large public gatherings have all put a halt to rugby around the world with no clear end date in site.

Australia is set to play Ireland and Fiji in its July Test series while New Zealand is scheduled to play Scotland and Wales among a host of other mid-year clashes.

Castle said as time went on, the likelihood of the July Tests being played diminished but there was no final call made.

"The July Test matches are looking less and less likely as the days go by but that will ultimately be a decision that is made in consultation with World Rugby," she said.

With global restrictions expected to ease in the back end of the year, depending on the progress of containing COVID-19, there could still be the option of playing the Spring Tour or playing a delayed Rugby Championship. 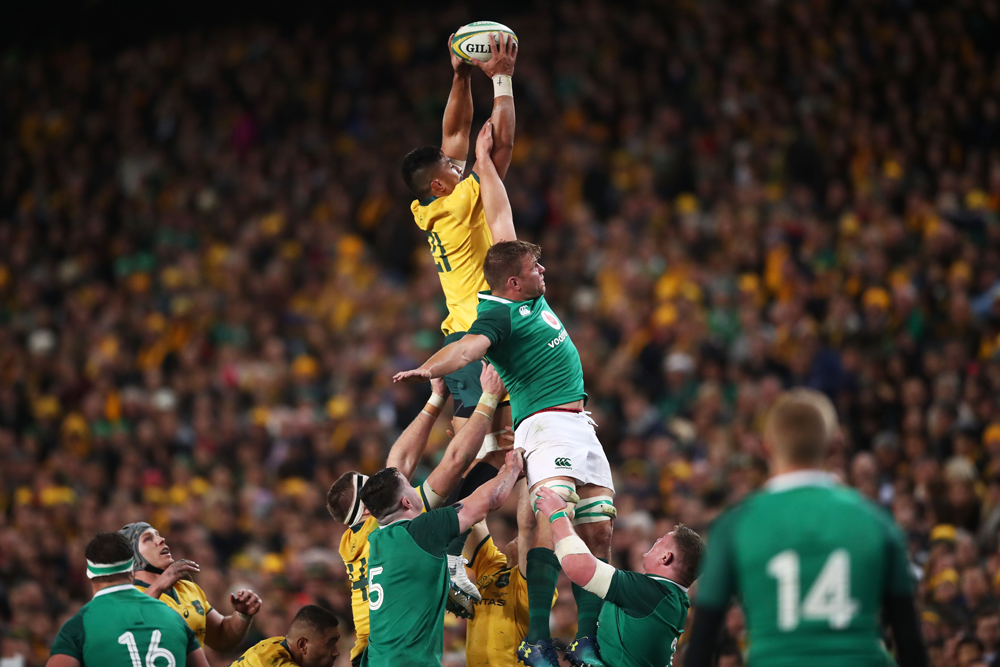 "It's multifaceted, there's the conversations that will happen at a World Rugby level so we can think about, if July doesn't go ahead, which seems highly unlikely now, and the reciprocal window is available at the back end of this year," she said.

"Whether that means Australia going north to play those games or whether there's other elements that we need to consider to look after sponsors and broadcasters to deliver content.

"At the back end of the year delivering Super Rugby and the Rugby Championship might be something we need to consider doing.

"There's those elements around the calendar from a World Rugby point of view."

IRFU chief executive Philip Browne has also indicated, speaking to the Irish Times, that the July Tests being played would be a "long shot".

“It appears to be a long shot that the July tours will go ahead but we won’t be making that decision," he said.

"That decision will be made for us by the public health authorities."

Browne predicted a call would be made on the tours by the end of next month.

“It’s got to be made in the next couple of weeks," he said.

"They can’t push it out much further than that, I would imagine. Certainly by the end of April we’d need to have some clarity.”

Super Rugby looks all but certain to be cancelled in its familiar form this season but, there have still been hopes that the Super W finals going ahead later in the year.

The final two matches, a playoff and the final, had been postponed until the end of May and Castle said there were ongoing discussions around whether those would be played.

"We’re working through Super w, there’s some conversations as we speak at the moment," she said.

In the long-term, it is unclear exactly what impact this year's loss in revenue could have on the future of competitions like Super W and the provincial NRC.

Castle said how those, and the other events in Rugby Australia's calendar, looked moving forward would be clearer as the year goes on.

"I think that’s all of the work we’re going to do over the back six months of this year," she said.

"There’s so many uncertainties and unknowns, as we start to firm some of those up, those are the types of conversations we’ll be working through, what could a possible calendar look like for Rugby Australia in 2021."