UPDATE: Australia's Sevens teams will not have to re-qualify for the Olympics despite news the Tokyo Games have been delayed.

The International Olympic Committee and the Japanese Government made the call on Tuesday night (AEDT) to postpone the games until 2021 amid the coronavirus pandemic.

Tokyo's postponement will make it the only games ever to be delayed.

Games in the 1910s and 1940s were cancelled during the World Wars but no tournament has ever been pushed back in the event's history.

In a statement released on Wednesday morning, the Australian Olympic Committee said any athletes that have qualified for the Olympic Games already would retain their spots despite the shift.

“We understand that those athletes and teams who have been qualified will not be required to re-qualify," chef de mission Ian Chesterman said.

"hat will give the athletes some comfort – but we will await further details on that process.

“Our key message at the moment though is to stay safe and keep those around you safe. There are some tough times ahead but at least we now know we have a new goal and the planning will start straight away.”

Both of Australia's Sevens teams have secured their spots for the Olympics.

The women finished in the top four of the 2018-19 World Series and the men snatched their spot in the Oceania qualifying tournament last November.

Forcing teams to requalify would be an incredibly complex exercise given the disruption the coronavirus has already caused to the World Series season, with the remainder of the 2019-20 season pushed back.

Chesterman moved to praise athletes for their understanding in and AOC statement on Wednesday.

“We know that there has been great relief and acceptance from our athletes with the news from the IOC and Japan. Our athletes have been magnificent working their way through some very difficult times during recent weeks," he said.

“Their world, as athletes and as members of the Australian community, has been turned on its head.

“All along, they have been conscious of the plight of their peers around the globe and the reality here in the Australian community, as we live through these unprecedented events.

“We will continue to communicate with athletes and sports to provide further clarity around the critical issues." 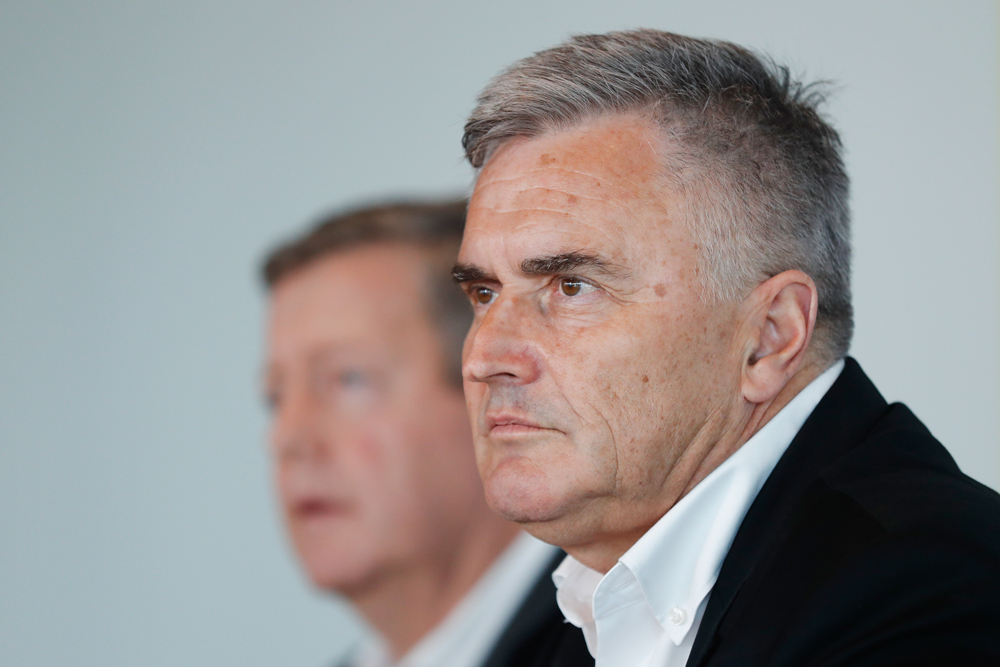 AOC CEO Matt Carroll said he hoped when the Olympics did begin they would spark a spirit of unity around the world.

“The IOC has received fresh advice from the World Health Organisation. The pandemic is accelerating, and this decision recognises that.

“As President Bach has noted, “Human lives take precedence over everything, including the staging of the Games.”

“The Games have never been postponed previously. But I have no doubt that when the world moves past these very difficult times, the Tokyo Olympic Games will provide an opportunity for the world to reconnect in a spirit of unity and hope. Japan is up to the task and they will do a great job.

“In the meantime, we also will work through the implications of the postponement with all our member sports, their athletes and our partners so we can deliver an Australian Olympic Team to Tokyo next year who will make Australians proud.

“Many Australians are trying to cope with vast challenges to their health and their livelihoods. We desperately hope that we can all meet these challenges and that our Australian athletes attending the Games in 2021 can contribute to restoring hope and national spirit."

The Tokyo Olympics will be postponed until 2021 after talks between the Japanese Government and the International Olympic Committee on Tuesday night (AEDT).

Japanese Prime minister Shinzo Abe confirmed on Tuesday night that he had spoken with IOC President Thomas Bach, who had "100 per cent" agreed to the postponement of the Games due to the coronavirus pandemic.

In a statement released shortly after Abe spoke, the IOC confirmed the call that the Games would be moved to the next calendar year, but no later than the Northern Hemisphere summer of 2021.

"In the present circumstances and based on the information provided by the WHO today, the IOC President and the Prime Minister of Japan have concluded that the Games of the XXXII Olympiad in Tokyo must be rescheduled to a date beyond 2020 but not later than summer 2021, to safeguard the health of the athletes, everybody involved in the Olympic Games and the international community," the statement read.

The IOC also wrote in the statement that the Tokyo Olympics and Paralympics would still own the Tokyo 2020 name, despite the date shift.

Postponement is a result that ultimately seemed inevitable after pressure from participating nations and federations in recent days, including both Australia and Canada opting to pull their athletes out of the event if they went ahead as scheduled.

Initially slated to kick off on July 24, the Tokyo Games will instead kick off in the Northern Hemisphere summer of 2021.

After his telephone talks with IOC President Bach, PM Abe spoke to the press and explained that the two have agreed that the Tokyo Olympic Games would not be cancelled, and the games will be held by the summer of 2021. pic.twitter.com/ihe8To2g3R

The news comes less than a week after officials were adamant they would stick to the schedule for the Games, despite the growing concerns around the coronavirus pandemic.

While Australia and Canada had taken the most swift action, athletes and committees around the globe had grown more vocal about the dangers of holding the games this year as the situation rapidly declined.

Australia's Sevens teams have already begun four weeks of annual leave this week after the Australian Olympic Committee's decision, with a view to preparing for the Games to go on in 2021.

The Tokyo Games are the first Olympics to be postponed, with the only other disruption to Olympic scheduling being the cancellation of the Olympics during the World Wars.