Australia's Super Rugby teams are working around the clock to ensure that players can keep things as close to normal as possible despite news that teams won't be able to train together for a fortnight.

Rugby Australia announced on Monday that plans for a new domestic competition slated to start on April 3, had been pushed back nearly a month.

As part of that announcement, Super Rugby teams were also set to stop training for at least two weeks, meaning players would be relied upon to do their bit from home.

So, what are our Aussie Super Rugby sides doing to try and keep players fit while they can't come into the club?

A message to our Brumbies family from the Skip.

Brumbies CEO Phil Thomson says the next fortnight will be "old school" for the ACT club as they restrict access to HQ for a fortnight.

Brumbies players came into the club on Monday morning and collected sets of gym equipment, including weights and plates, to take home with them.

Players, as members of the general public, will be allowed to train outside where possible, as long as they are observing social distancing protocols.

"They'll have their own little training program to do as best they can, a bit of old school stuff, (if) there's a hill, run up it type thing, there's an oval,, train there," he said.

'"It won't be as sophisticated as going to gyms and doing all that sort of work but it's another challenge we've faced during the course of the season.

"We've had plenty of them this year and the players, I spoke to them this morning, they'll embrace the next two weeks and try and get better each day."

The Brumbies are currently sitting on top of the Australian Super Rugby conference and Thomson said while it was difficult to have to pause their season in such a strong position, it was out of their control.

"It's hard for everyone," he said.

"The team was going well, they were enjoying the rugby they were playing, I think people enjoyed watching the style of rugby the team is playing so they were on a bit of a high but we can't do anything about this situation, we just have to deal with it best we can.

"Players will stay focused, keep their mind on the job and they want to go out there and play football, we want to watch them play footy again so we're doing everything we can to make sure that happens at some stage."

Thomson also admitted the new May 1 date for Rugby Australia's competition could change again with the coronavirus pandemic developing by the day.

"The domestic competition is what we'll be focusing on, that's what the work has been done over the last week or so to come up with a model and that was all but signed off to go ahead on the third of April but with the situation evolving again on the weekend, the decision was made to suspend that," he said.

"So hopefully at some stage, we'll be able to get a date to get that competition started. At the moment, we're working on the first of May but things are changing on a pretty regular basis." 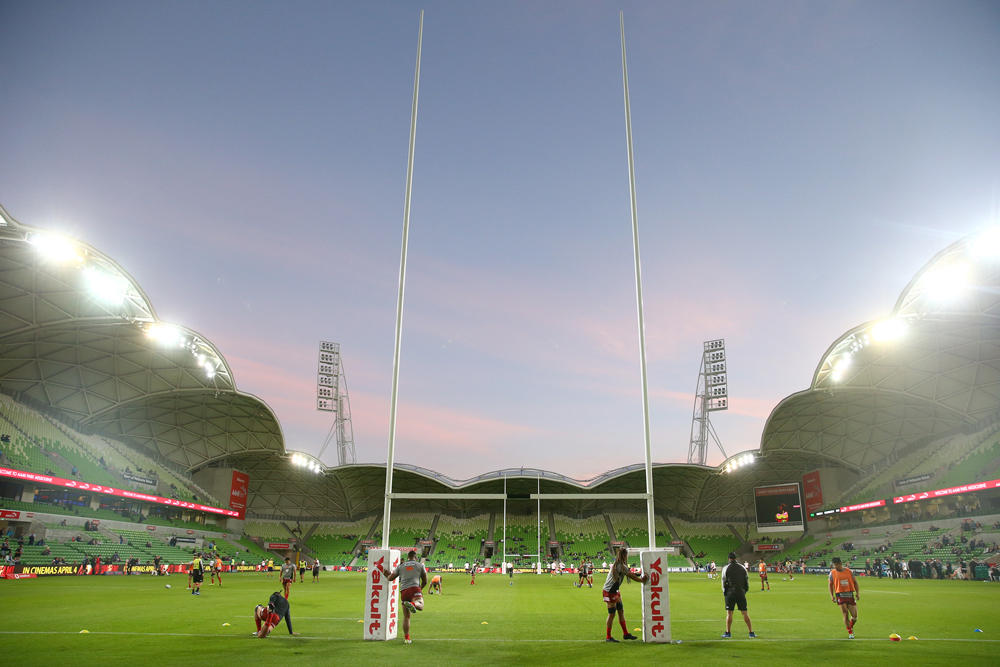 The Rebels have broken their squad into separate groups as they try to continue contact in the virtual world in coming weeks.

Staff briefed players on Monday morning to begin to initiate their plan, which is to have small groups of players speak to a coach each day on a conference call.

Those conversations will be about areas of focus for a particular day and ensuring players are on the same page with staff.

Every player is set to be emailed an individual training plan that they will follow either on their own or in small groups, if they live with anyone.

Melbourne is considering whether to allow players from interstate to return home, though any decision on that is far from being clear.

"We're just thinking about everybody who is affected by these things that are happening; both winthin the team, but also our supporters, their familes and their friends."

In a message posted to the club's social media accounts, coach Dave Wessels said ultimately the priority was keeping everyone safe.

"I think everybody's aware of the fact that this issue's just bigger than rugby at the moment," he said.

"In some ways, people probably half expected it but I think the really nice thing was everybody sort of hung around the club as much as we could for a long time after the decisions were announced. People wanted to spend time together and see each other before we head off for at least a two-week break.

"I think we're probably just thinking of everybody who's affected by these things that are happening both within the team but also our supporters and their family and friends."

Rebels CEO Baden Stephenson said the club would face some "difficult decisions" as the sport stares down a minimum six-week break.

"Our commercial and high performance staff have worked exceptionally hard behind the scenes over the last fortnight to give us the best chance of resuming Super Rugby as soon as possible, and in the best format possible," he said.

“Unfortunately that opportunity to play and make Melbourne proud on the field is still sometime away, and there are far greater challenges for society right now that must be prioritised.

”By nominating 1 May as the earliest possible resumption date for Super Rugby, Rugby Australia has now aligned the suspension of all rugby activities across Australia to this date. This timeline will be reviewed accordingly throughout April, with the health and safety of all participants to always be the highest priority.

"Given that there is now at least six weeks before the resumption of any rugby activities, the Melbourne Rebels are determining next steps with respect to our operations over the upcoming months.

"There are difficult decisions ahead and we appreciate your patience as we plan for various possible scenarios for the resumption of Rugby later this year."

Melbourne had already had their training disrupted, forced to shift their gym work, usually done at Collingwood's Glasshouse, into a freestanding shed.

The Waratahs have followed a similar tact to the Brumbies, opening the gym doors to their players on Monday morning before sending the majority of their squad home for two weeks.

Players were allowed to collect the equipment they needed, as per their individual training plans, so they can train at home.

Only players in rehab programs will be permitted to do any training at the Waratahs facility, requiring face-to-face physio and training, and anyone who does will need to observe social distancing measures.

The Waratahs building at Daceyville has also undergone a deep clean in recent days and hygiene standards will be maintained.

Queensland's players are turning their garages into makeshift gyms for the next fortnight and captain Liam Wright says players want to make the most of having to spend more time at home.

Players will train in relative isolation, given individual plans and timetables to ensure they keep up their fitness.

QRU CEO David Hanham said there was a focus on the group staying close even if they weren't able to do that physically. 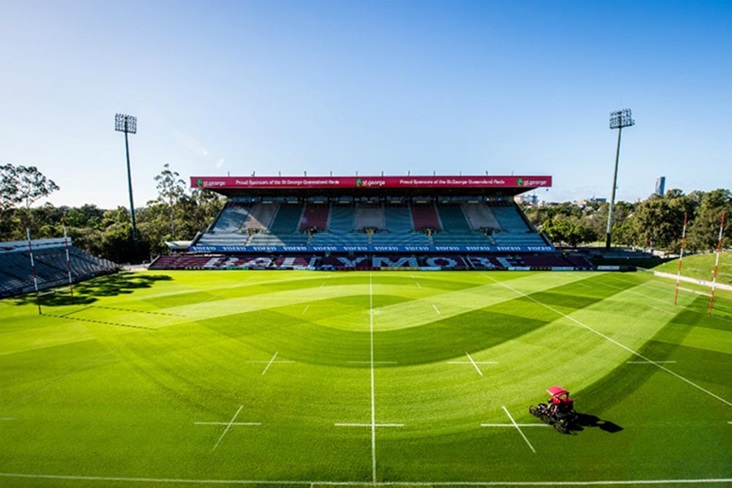 "Importantly, these moments are a test of your culture and I've been very impressed with the way our organisation, our staff, our players, our coaching group have stuck by each other in these hard times.

"We'll find a way through - we've been here as an organisation since 1882 and I can guarantee we'll continue to push hard and work hard for the game at all levels.

"So, that's basically the content of today and training will be suspended for two weeks, the players have been given a program to work in isolation around their own skill development and strength development during that time."

Wright said players would be respecting the government's restrictions as they work to maintain their conditioning.

The flanker said the time at home could also give players some opportunity to develop in other areas, whether that be having more time for study or working on fixing niggles picked up during the season.

"It's a good opportunity for us to work on ourselves a bit, try and do some reading, learning, some boys are doing some uni courses which they can get a bit of a leg up on," he said.

"After seven rounds and preseason, there's going to be some niggles so it's a good opp for boys to work on and fix up at the moment too.

Work will continue with all partners to try and return the team to the field at some stage in 2020.

The Western Force mightn't be a Super Rugby side but they were slated to be joining the planned domestic competition.

Force CEO Mark Evans said players would be training individually and around their homes until further information came to light.