Brumbies lock Cadeyrn Neville says it's "business as usual" for his side despite the ongoing uncertainty around Super Rugby.

Players returned to training on Tuesday after a day off while administration staff were being asked to work from home where possible.

The ACT’s situation is similar to that of the rest of Australia’s Super Rugby teams, all set to continue training for the time being and undergo regular monitoring.

Neville said while it was strange not to have a game at the end of the week, things felt fairly regular.

“Besides not having a game to work towards, it's pretty much business as usual,” he said.

“Our schedule's pretty much the same as we would normally start our week off, into the gym, review the game just gone and then just a bit of an update on what it looks like going forward which is a lot of uncertainty but just staying ready to do whatever they come up with really:”

Neville said players were briefed earlier on Tuesday about the status of Super Rugby and what to expect in coming weeks.

“The things we know, no games for at least two weeks, non-essential staff are not here at the minute, just to limit any potential spread,” he said.

“We're in a pretty good position especially here in Canberra, not a huge number of cases here.

“So as long as we're careful with the way we operate, we should be able to stay ready with whatever happens next in the competition, with potential domestic games, so there's still something going on and any sort of finals series that gets put together.

“Fingers crossed, we can salvage something from the season.”

The Brumbies made a strong statement in their final game ahead of Super Rugby’s suspension, a 47-14 win over the Waratahs.

For some players, the game presented a chance to make their own stamp too, ahead of an uncertain period.

One of those players was rookie prop Tom Ross, who replaced skipper Allan Alaalatoa at the half-hour mark and did his best to make the most of the opportunity. 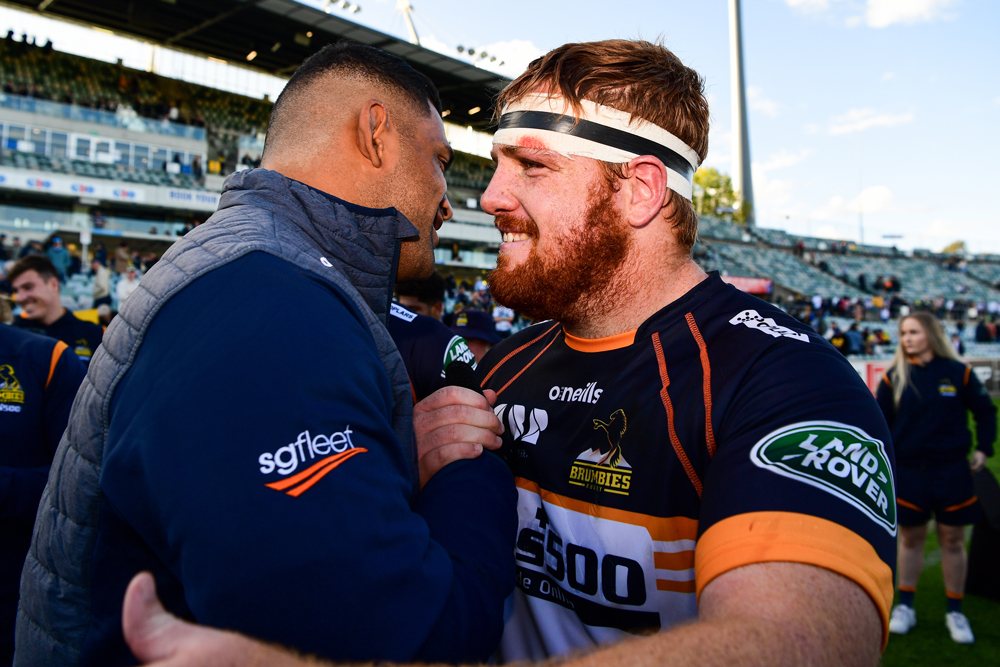 “I guess the 50 or so minutes the other day was the opportunity to really have a crack and have a crack at that high level but there's not much you can do with the virus going down,” he said.

“A lot of people have had to deal with that and we're fortunate enough we're in a confined space and we can quarantine ourselves and work over the next two weeks what the plan is ahead.

Ross wasn’t expecting to be involved into Sunday’s game as early as he was and he had some wise words from Wallabies legend George Gregan in his mind as he was injected into the action.

“I think the first thing on my mind was just, ‘Get involved’, and I got sprung into a couple of carries and it kind of got me thrown into the game a bit more,” he said.