Brumbies coach Dan McKellar hopes his team can return to playing Super Rugby sooner rather than later as the competition prepares for an unprecedented period of uncertainty.

The Super Rugby tournament has been paused for the “foreseeable future” due to a shot of travel restrictions introduced to limit the spread of coronavirus, leaving the fate of the  season in the balance.

Australian rugby and SANZAAR officials were in talks on Sunday as they try to work towardse developing some kind of alternative for teams.

With only international travel heavily restricted at this stage, there could still be the possibility for teams to play intra-conference matches in the short-term.

SANZAAR CEO Andy Marinos told New Zealand outlet Newhub on Sunday afternoon that a suspension of more than four or five weeks would likely force the organisers to cancel the season.

"You know, I think if it goes sort of four, five weeks then it's going to be almost impossible because we don't have the schedule to do anything further," Marinos said.

"It would put us in a very precarious position.

"That's why it's so important for us to work with our broadcasters and why we're so determined to see if we can't get some form of rugby and some kind of structure up in the foreseeable future.

"Without that revenue, without the ability to be playing in front of stadiums that have crowds it all does have a direct impact on the bottom line.

"That's something I know the national unions are dealing with all of their clubs and then indirectly with all their governments."

Any alternative arrangement would take time to finalise, with a host of broadcast and commercial obligations needing to be met.

Talks are still in their infancy in that respect but McKellar said he hoped something could be worked out soon, as more details come to light. 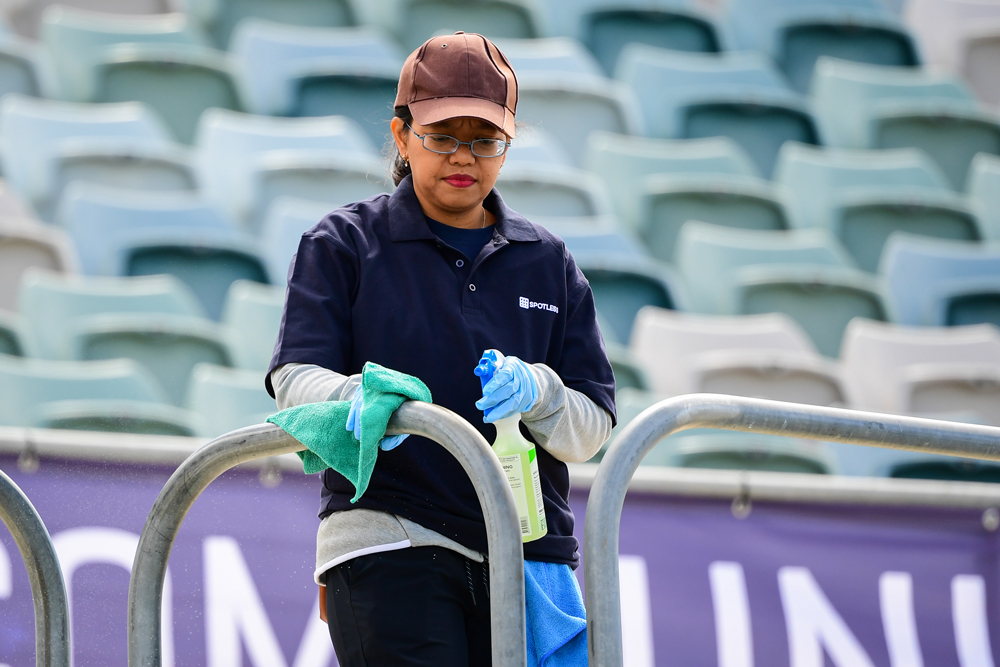 "You're hopeful, aren't you (that we can play again this year)?," he said.

"Hopeful that you can turn on the TV and watch Super Rugby again or come to games, watch the rugby league, AFL, all that sort of thing.

"There's obviously health concerns and the experts will look after that.

"There's people out there that are incredibly sick so you've got to remember that as well. It's challenging times for everyone."

McKellar floated a suggestion of playing just intra-conference games for the short-term as more details come to light.

“We were meant to be going to Auckland, obviously that's not happening and we've got the Reds, Melbourne, we play the Tahs again so if you can get those conference games, it's a conference system, play your conference games and see where things are at and hopefully we can have a genuine finals series and the best play the best.

“The boys just want to play rugby, people just want to watch them play rugby and we don't want to be sitting around having to train for weeks on end. We’ll just have to see where it gets to."

SEVENS PAIR TO BE TESTED FOR CORONAVIRUS

Brumbies CEO Phil Thomson said it was impossible to know now what the remainder of Super Rugby would look like.

“There's different models being looked at, we need to get some footy on the field at some stage,” he said.

“We've got a couple of weeks ahead of us to see what that looks like but there's a number of things we take into account around the broadcast, commercial side of things, teams, movements et cetera, et cetera.

“There's a lot of work going on day and night at the moment. SANZAAR have been doing a lot behind the scenes in the event of something like this has happened. IT'll be an interesting 24-48 hours as to where we land with it all.

“I think we're all after some form of content, there's massive limitations at the moment around border entries, self-isolation.

“Taking that into consideration and once we work through it, we'll be able to see what sort of model we can put in place for the future.”

All sporting codes will be treading carefully in the coming days and weeks to avoid a player or staff member contracting the virus but Thomson said they wouldn't be disrupting their players' lives unnecessarily.

"We've seen it this year, with ourselves with mumps outbreak within the group, an infection can spread so we're very conscious of hygiene and practising good hygiene within the group.

"We'll be keeping the guys training here in Canberra for this period of time as we figure out what we're doing and certainly limiting our contact with other people but we're not going to put them into a camp or a hotel, they're staying in their own houses ,just coming to training as per normal.

If Super Rugby matches are paused in the long-term, or even played without fans, that could spell a serious revenue hit for Australia’s franchises.

“We're not sure what the future looks like, we can only control the controllables, there's a lot of things out of our control,” he said.

“It's not a time to panic or anything like that, it's a time to be measured, look at the information we've got from government, from medical, from Rugby Australia from SANZAAR and with all that information we'll be doing our best to get rugby back on the paddock and hopefully have some good football like was played today being played on a consistent basis.”

Both the Brumbies and Waratahs will have days off to begin the week and NSW coach Rob Penney said after that, things would be determined by the global situation.

“Potentially, we'll certainly embrace whatever’s thrown at us now, certainly really keen to get going and keep working on the areas we’re deficient and build on the areas we're doing quite well and become a really good rugby team,” he said.