Waratahs coach Campbell Aitken was glad to see his team's attack fire as they continued their unbeaten Super W run with  a 41-8 win over the Brumbies.

Both of the sides came into the match undefeated but it was NSW who showed why they are favourites to take out their third straight title with a seven-tries-to-one rout.

The Waratahs played some thrilling attacking rugby, but also flexed their muscles in defence, holding the Brumbies tryless until the 77th minute.It took the weight of unrelenting pressure and two yellow cards for the Waratahs to finally concede a try but that didn’t take away from the comprehensive nature of their victory.

Aitken said he was pleased to see his side take control of the game but lamented the last-gasp score.

“We’ve been trying to play a more expansive game for the last few weeks, it was pleasing to see that come to fruition, it was a better performance," he said.

"We made a bit hard work of it the last 10 minutes and it certainly leaves a bit of a sour taste in the mouth but a lot better.” 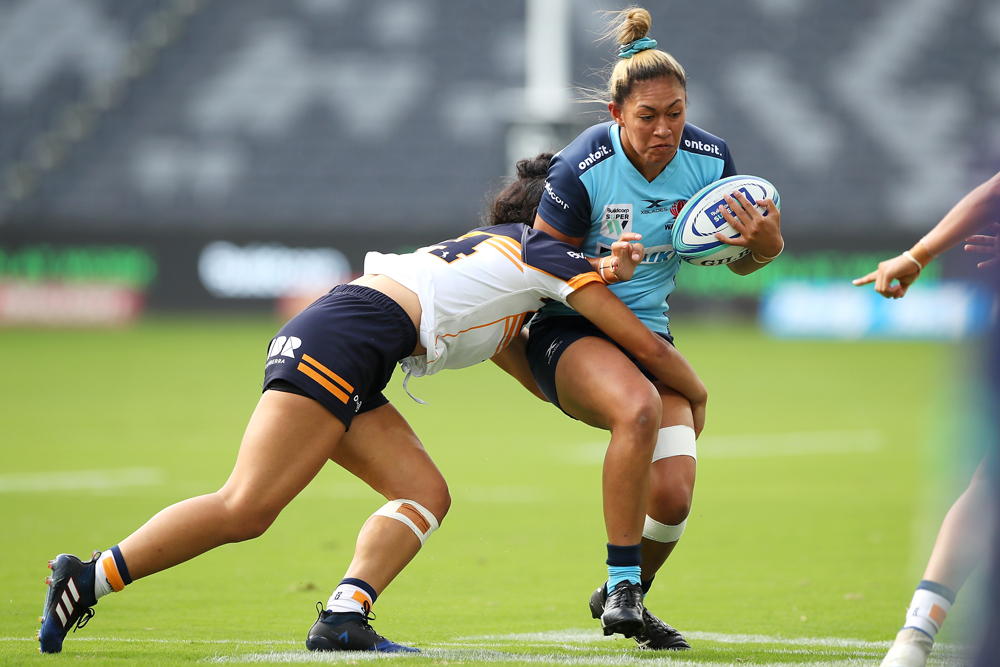 Waratahs captain Grace Hamilton lamented the discipline that saw them concede two cards in that final 10 minutes that ultimately led to the Brumbies try.

“I think our discipline really slipped away from us at the end and to get the yellow cards, that’s never happened to us, that’s not we play," she said.

"We need to build and work on keeping our discipline down next week.”

“Once we get ball in hand, get it to our wings and play our structure for us, one of our goals was our discipline, so that takes away from it. We need to work on our line speed a bit more on our kick chase. We’ve got to keep building

Fullback Chloe Leaupepe was exceptional for the Waratahs, causing all sorts of headaches for the Brumbies defence.

After wins over the Force and Rebels in the opening weeks of season 2020, the Brumbies came into the clash with plenty of confidence and it was the visitors who opened the scoring through the boot of Sammie Wood.

After a brilliant Leaupepe show and go unlocked the Brumbies defence and put skipper Grace Hamilton over for the first try of the afternoon, the Waratahs took hold of all the momentum. 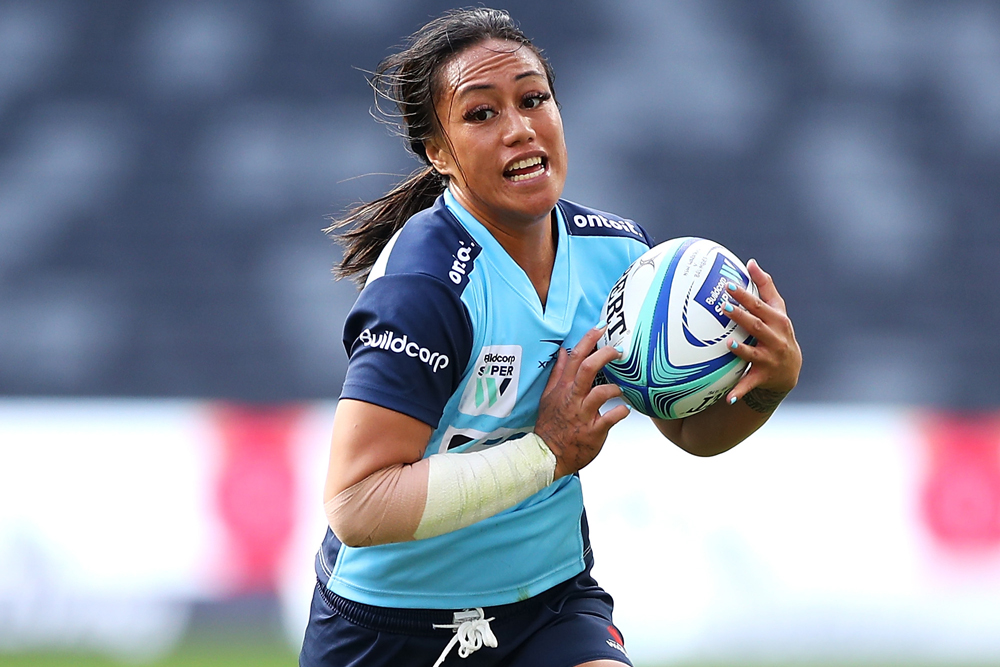 It was a battle of attrition upfront, both sides getting good forward ball from their respective packs.

It was the Waratahs who were again able to take full advantage, spinning the ball wide before Leaupepe crashed over.

A brilliant backline move saw flyhalf Pauline Piliae slice through a hole, linking up nicely with Shanice Parker, who in turn threw a lovely ball to her winger and scorer Maya Stewart.

Despite some promising moments in attack, the Brumbies were unable to find their way over the try line and trailed 15-3 at the break.

It didn't take the Waratahs long to pick up where they left off in the second. 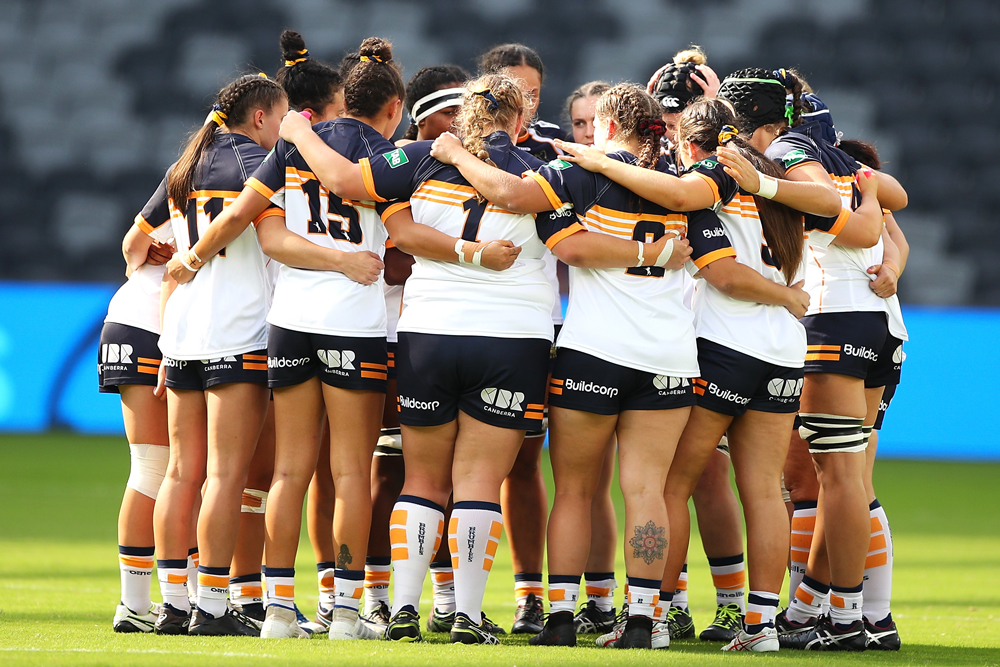 A quick tap and some excellent ball movement in the midfield led to a break from Parker before some fast recycled ball and good hands saw Stewart crash over for her second.

The Brumbies looked to hit back, but Waratahs skipper Hamilton halted them in their tracks, forcing a turnover and opening the door for Mahalia Murphy to run 50 metres to score.

It went from bad to worse for the Brumbies, when a poor exit from the visitors was pounced on by Leaupepe, who sparked a great counter-attack that resulted in Wallaroo Emily Chancellor scoring her first.

Hamilton capped off a performance with the match-sealing try in the 67th minute.

While the Brumbies had the better of the attacking momentum in the final 15 minutes, and the Waratahs had two in the bin, the ACT side wasn’t able to find a score until veteran Louise  Burrows scored in the 76th minute.

“It was a tough game, our mistakes let us down and they were able to execute off that back of that, so I think moving forward we have to work to minimize our mistakes and execute better," she said.

“The first 20 minutes we executed well, but just too many mistakes let us down.”

The Waratahs travel up to Brisbane for a grand final rematch with the Reds next weekend and Aitken said his side was ready for the test.

“It’s always the game everyone looks out for, our girls will be excited to play up in QLD and it will be another tough challenge for us,  but those are the sort of games you want to play in," he said.

The Brumbies have the week off in round four before also facing the Reds at GIO Stadium.

Today at 11:28 AM Super Rugby
Feature

Today at 9:33 AM Super Rugby
Feature