The Waratahs clinched their first win of 2020 on Friday night against the Lions.

What are we talking about after their 29-17 win?

1. Waratahs get the win they need

To say the Waratahs needed a win in this game would probably be an understatement.

They came into this game off their worst start to a Super Rugby season and with a lot of pressure on their shoulders.

Rather than add another low ebb to 2020, they responded to a slow start with their best showing of the season.

This young group of players showed why their coaching staff have put faith in them, led by prop Angus Bell and flyhalf Will Harrison in his best game of the year. In attack, they looked polished and in defence they were tenacious, led by a standout Michael Hooper.

There is plenty of work yet to do as they prepare to face the threatening Chiefs next weekend, but there will be a weight lifted off their shoulders for a couple of days yet.


Things have been fairly lean in Australian rugby the past four years, especially when it comes to facing foreign opposition.

But on Friday night, the Rebels gave Australian rugby sides two consecutive wins in New Zealand for the first time since 2014 and the Waratahs made it four wins in a row over foreign opponents. It was just two weeks ago that we were lamenting a 0-6 start to the year against overseas teams.

And that's before the Reds take on the Sharks in Brisbane on Saturday night.

While it was too early to catastrophize then, no Australians will be getting ahead of themselves just yet but winning is certainly something Australia will be keen to get used to.

3. Defence gets a tick in Sydney

The Waratahs showed their attacking prowess against the Lions but they were more pleased with their defensive improvements.

After conceding among the most points in the competition in their opening three games, the Waratahs contained the Lions well, especially early.

The visitors managed one maul try but for the most part, the Waratahs combated their set piece well and were able to stop them short of the line on a number of occasions.

4. Angus Bell on the charge 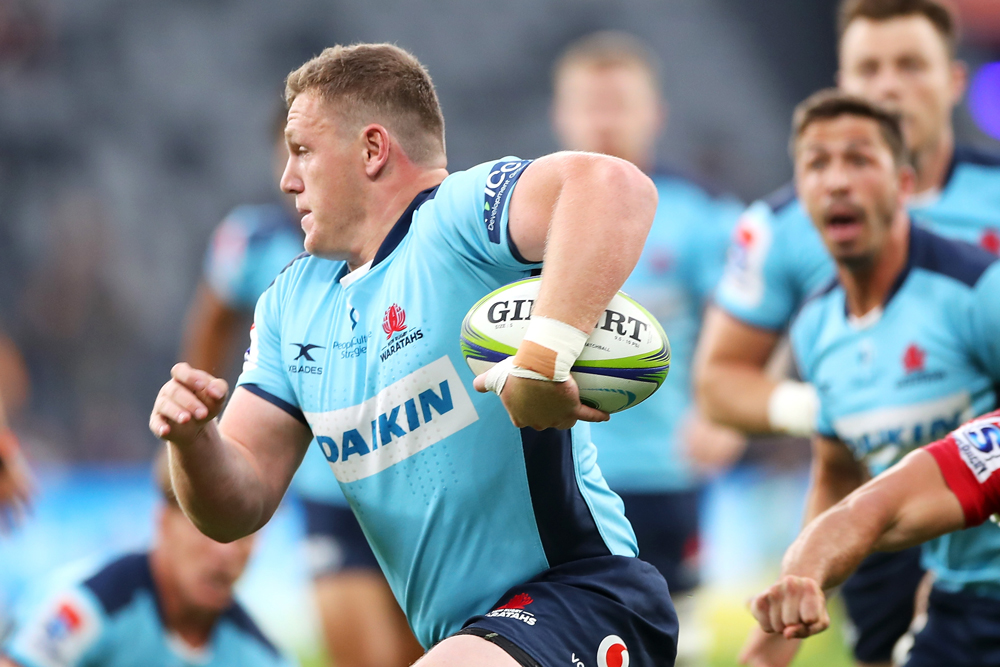 There’s an Angus Bell playing for the Aussie 7s in LA this weekend and you might’ve been forgiven for mixing the two namesakes up when a Waratahs loosehead prop of the same name sprinted off for his first Super Rugby try on Friday night.

Alright, that might be an exaggeration but the Waratahs’ Bell showed fans glimpses of what he had in his kit bag on Friday night.

He scored the opening try and set up another and more than held his own in the scrums.

The 19-year-old was a highly sought after talent when he graduated from high school in 2018, but turned down rugby league offers to stick with the Waratahs.

His decision has paid off quickly with the former Schoolboys captain working his way into a start and looking right at home in Super Rugby.

Something tells us fans will be hearing his name for a few more years to come.

5. Shooters need to sharpen up

The Waratahs could have had this game iced long before full-time had they found the middle of the sticks more often.

Will Harrison started well with his opening two conversions but it was all downhill from there.

The youngster missed some straightforward kicks in easier positions than the ones he had slotted.

Kurtley Beale took over the kicking duties late in the game but he also missed two relatively straightforward shots at the posts.

While it certainly didn’t cost them the game on Friday night, it is something they will want to shore up in the coming weeks to ensure it is not a deciding factor.

Waratahs coach Rob Penney admitted a two-from-seven return gave him some concern about the goal kicking post-match, but qualified that concern with caveats that Beale has not been at the tee very often and that Harrison was unlucky in some of his attempts.