Waratahs flanker Michael Hooper says he has "no regrets" about his handling of the Israel Folau controversy last year, after his public stance on the matter was brought up in court documents this week.

In court documents published by News Corp this week, Kepu pointed to quotes from Hooper in the wake of Folau's social media post as an example of players being pressured to speak out against Folau and those who support

Kepu also wrote that his anger about Folau's treatment caused him to sit out a Wallabies camp that he was selected for, ahead of the 2019 Rugby Championship.

The 34-year-old went on to feature in seven of the Wallabies' 10 2019 Tests despite missing that camp.

In that press conference last April, he was quoted as saying it would be difficult to imagine playing alongside Folau again.

Later that day, Folau was issued a code of conduct breach over his post, something that ultimately led to his contract being officially terminated a month later.

Kepu wrote when he confronted Hooper about his position, the then NSW captain said he was "under the pump" and his words were "taken out of context", and the prop perceived that to be caused by management pressure to speak out against Folau.

Hooper said on Thursday that he felt no such pressure from management and that it was ultimately his call to speak to media that day.

"It's our choice to stand here to speak or not and I stood there and spoke, I'm standing here today, so not at all.

"I was never in those conversations (with management) but like I said with this stuff, you're the person that at the end of the day gets up to speak or chooses not to speak." 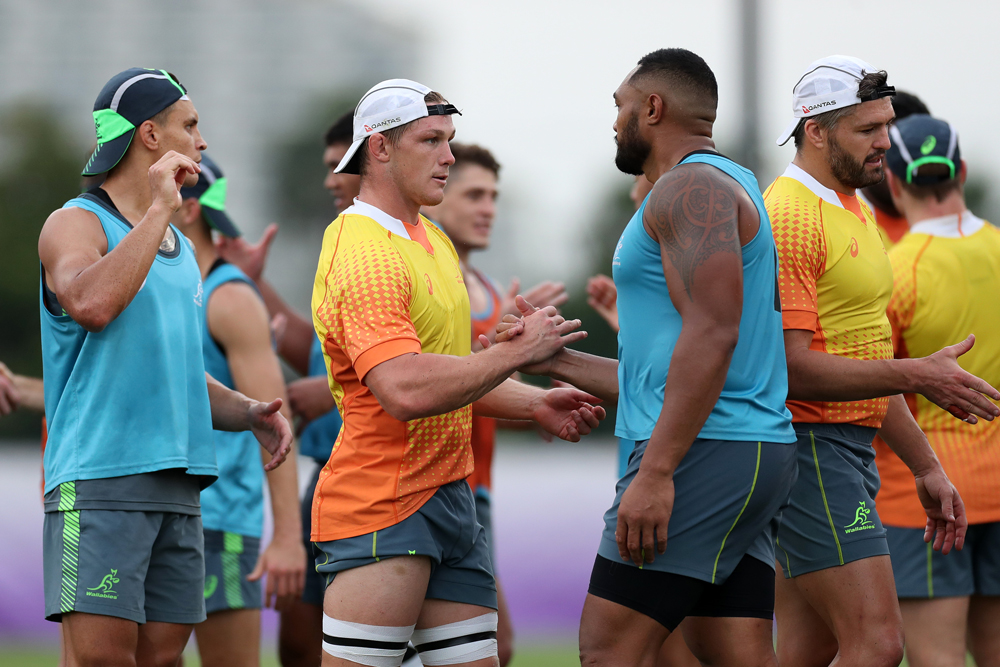 The Wallabies skipper also said he didn't feel the Folau saga had a divisive effect on the national team overall.

"We're very comfortable with the way that we dealt with things," she said.

"We gave all players an opportunity to step up and express their views.

"I felt we engaged as widely as possible on what was a very difficult issue and they were given opportunities to speak both privately and publicly."

Among the allegations tabled, Kepu said that prayer groups had stopped since Folau's axing.

"I'm so insulted that people think that would be acceptable behaviour for Rugby Australia," Castle told reporters at a Business of Rugby breakfast in Sydney on Wednesday.

"I'm on public record saying I'm proud of the fact that Israel was a strongly Christian man and was proud of his faith and expressed it as such.

Castle said players could have their own beliefs as long as they acted within code of conduct expectations.

"As long as what you're doing to express your own views inside those environments, that's what being a player inside the Wallaby program is all about," Castle said.

Kepu is one of a number of Test players and Waratahs who observes the Christian faith and regularly shares religious posts on his social media.

The tighthead prop and Kerevi  were also among a handful of players who posted farewell messages for Folau when the result of last year's code of conduct heading was handed down and his sacking was confirmed.

Among that number was also Curtis Rona, who has been one of Folau's most vocal supporters, Tolu Latu, Taqele Naiyaravoro as well as international players including Blues winger Caleb Clarke.