UPDATE: Rebels coach Dave Wessels was left frustrated by his team's inability to win big moments in a 36-24 loss to the Sharks on Saturday.

The Rebels came into the match undermanned, missing Wallabies Matt To’omua and Reece hodge, and their backline was dealt another blow with the late withdrawal of Campbell Magnay from the starting side.

Tom English was elevated to no. 13 to face the Sharks with Theo Strang on the pine, while Cabous Elouff came into the 23 for reserve tighthead prop Ruan Smith.

To’omua’s replacement Andrew Deegan did his reputation no harm with a solid performance but it seemed wherever the Rebels were serviceable, the Sharks just edged them.

Wessels said his side's concession of the key moments in the game was concerning.

"I guess for me the main thing is actually that... we lost so many big moments in the game," he said.

"i think we can sit here and have a conversation about being unlucky because of that thing that happened, it's not helpful.

"We didn't control the things that we could control in the big moments and therefore we lost the game.

"We're not going to win too many games when you concede 36 points.

Wessels said he was impressed with Deegan's performance in his starting debut.

"I thought he was great," he said.

"I thought he was really calm. I think Deegs probably demonstrates in some ways just how our squad is growing over time.

"There's a player there who can step up and replace a Wallaby 10 and look really comfortable in what he's doing ,really drive the game well and look forward to having him with us for a long time to come."

The Sharks’ back three, flagged by Wessels as a threat pre-game were destructive from the get go and wingers Mapimpi and Madosh Tambwe scored pivotal tries. 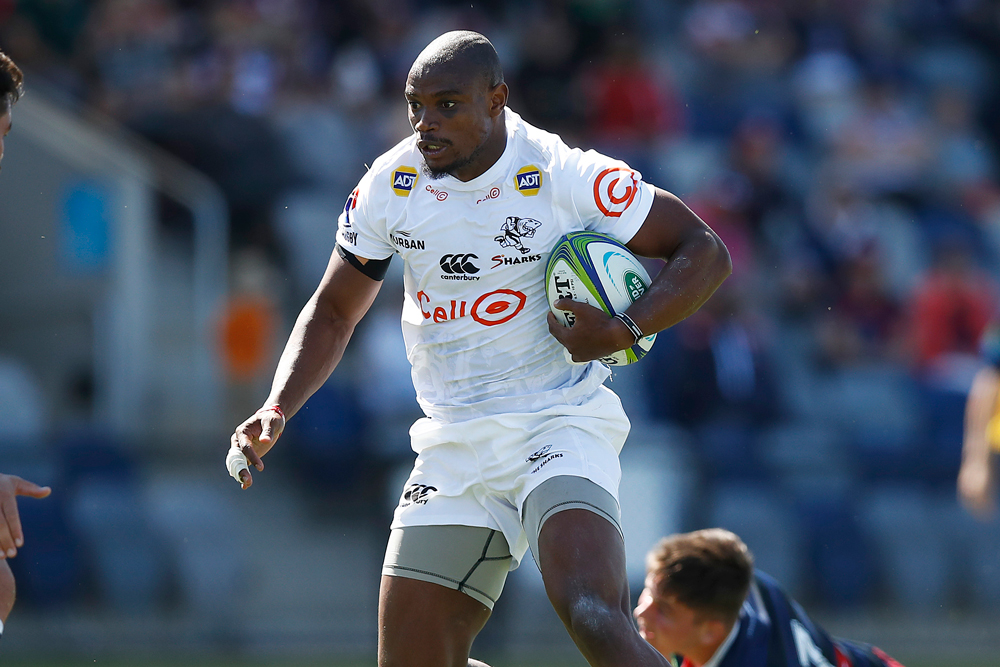 The Sharks’ rush defence caused them problems and despite a 15-minute period where the Rebels were at least a man up, and for five minutes two men up, they weren’t able to fully capitalise.

Melbourne showed some character to keep fighting, with Matt Philip setting the physical tone throughout the afternoon, but where the Sharks kept the scoreboard ticking over the Rebels often fell short.

The Sharks attack didn’t take long to find some points, with a smart Aphelele Fassi kick sitting up perfectly for speedster Makazole Mapimpi to score their opener.

Marika Koroibete finished off an opportunistic Rebels chance, collecting a hot potato offload from Deegan to slip through the Sharks’ line and score.

The Sharks were made to work for their next score, peppering the Rebels line but eventually a maul gave them the chance to open up the Rebels defence for Andre Esterhuizen to barge his way over.

In a physically dominant display, the Sharks put the pressure on the Rebels in attack all afternoon.

Tighthead prop Thomas du Toit was pulled down just short of the line and a dubious pass out of the hands of Fassi into winger Madosh Tambwe was cleared by the TMO to grant the South Africans their third five-pointer .

The Rebels found themselves a man up after Sharks hooker Konraad Van Vuuren was binned for a lifting tackle on Koroibete and they worked to make the most of it immediately.

While they weren’t able to yield points initially, a string of Sharks penalties reduced the visitors to just 13 men and gave the Rebels a huge opportunity.

The Sharks were content to continue packing down scrums and winding down the clock, something that Wessels took a thinly-veiled swipe at post-match.

"Credit to the Sharks, when they had the yellow card, they took nearly 10 minutes to set the scrum," he said.

"It's very smart to use the time like that but it makes it hard to attack if we're all standing around and waiting for a scrum to reset."

Asked if he felt that issue needed to be looked at more closely by referees, he was more blunt.

"If it's clear for you, then you must write it," he said.

They finally found the line, going left from the back of the scrum to Koroibete. 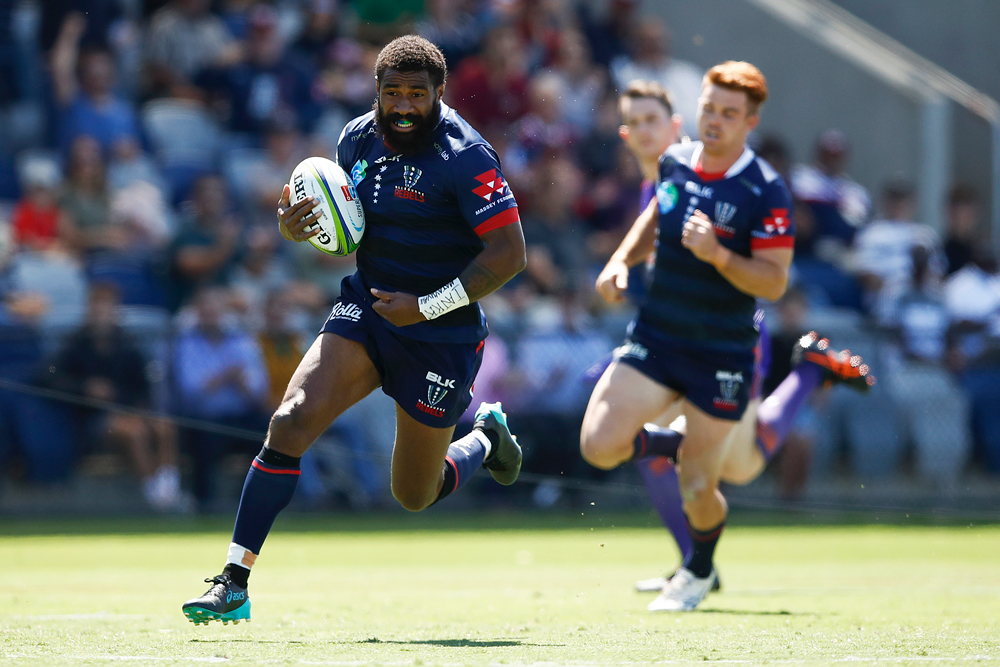 It looked as though the winger had fumbled the chance, losing the ball backwards as he was tackled but a super pick up from no. 8 Isi Naisarani saved the speedster’s bacon.

With just five points the margin heading into the final quarter, the Sharks began to take control of the game.

Melbourne disrupted the South Africans’ lineout but had to show all their grit to try and hold out the visitors’ attacking barrage.

A little bit of luck, in the form of a bounce into Tambwe’s path, and a barnstorming run from James Venter put them in a dangerous area.

Mapimpi found the line in the end for the Sharks to extend their lead to 12 points.

Melbourne had their own changes to attack in the final stages but a Sharks turnover opened up the door for Mapimpi to streak down the sideline, just handing off to Bosch in the in-goal.

The Rebels managed a late consolation try, scored by Anaru Rangi, to end their afternoon on a high.

The Rebels travel to Dunedin next weekend to take on another overseas opponent in the Highlanders as they hunt for a second Super Rugby win.

To'omua, Magnay, Jordan Uelese and Luke Jones are among a number of players that they expect to welcome back into the fold for that clash.