Brad Thorn says he would endorse a Super Rugby match being played in a regional area as the Reds continue their push to support all areas of Queensland.

While he has no direct control over the fixture, Thorn would have no problem with the Reds heading away from Suncorp Stadium to play a match.

"From a coaching point of view and a guy who loves Queensland, I'd be all for that. I think that would be a really cool thing.

"It's not in my hands but I would think that'd be a great thing."

The new multi-million dollar stadium in Townsville could be a possible venue, while NRL matches have been played on rectangular fields in Cairns, Mackay and the Sunshine Coast and rugby Tests on the Gold Coast. 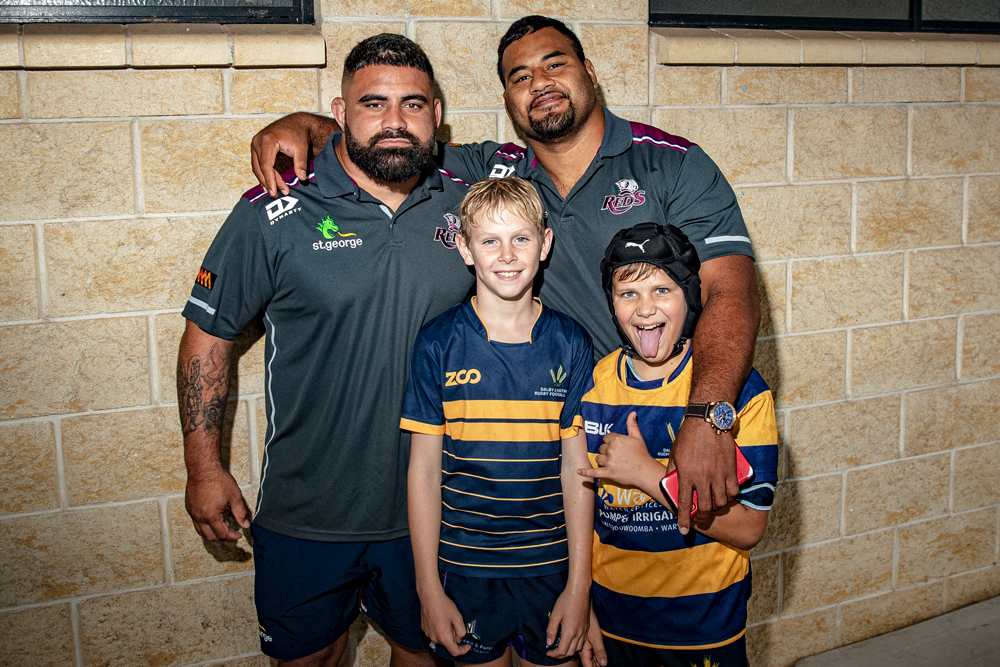 And if a full fixture is not possible, it's likely the Reds will continue to take the sport to country areas after the success of their trials in Gladstone and Dalby and Reds to Regions tour late last year.

"We're pumped to be here. Gladstone treated us awesome, Dalby has been awesome - you saw that turnout," Thorn said of a crowd that approached 4000 with walk-ups for Friday's trial against the Waratahs.

"Right now is traditional rugby - everyone hanging around and chatting out on the field.

"I love regional trials, I just think the great opportunity is to get out there.

"We've done two now, along with the Reds to Regions and I really hope people are feeling like we have a real interest in rugby in the state, not just in Brisbane.

"We love Brisbane too but I just think this stuff is good.

A big thanks to the Condamine Cods and Chinchilla River Rats for welcoming the Reds to Condamine tonight! #RedsFamily


The Reds continued their outreach on Thursday night, with players not involved in Friday's trial heading to Condamine, about 130km west of Dalby, a town with a population of just under 400.

Almost all of them turned out to work with the players - including young players who had travelled from Chinchilla about 60km away - and for a meal at the local pub afterwards.

Local officials have been gushing in their praise of the events, with one Dalby Council officer telling QRU bigwigs the events of this week, which also brought an influx of overnight visitors to the town, were as important as rain in the region.

In a bonus, that came too.

"We came up on the bus and a massive storm came down and because everyone knows about the fires and the drought that's been going on, it almost felt emotional seeing it come down and knowing it's good for out here," Thorn said.

"Apparently (the rain) is throughout the state … so it's a lot more important that a footy game.

"This is cool for the community too though."

The Reds take on the Brumbies in the first round of Super Rugby on Friday January 31, kicking off at 7:15pm AEDT, LIVE on FOX SPORTS, Kayo and via RUGBY.com.au RADIO. Buy tickets here.

Super Hub: All the round four teams, officials and broadcast info