UPDATE: Brumbies coach Dan McKellar says a 45-14 trial win over the Rebels has helped clear up some selection debates eight days out from their season opener.

While the ACT outfit has had to overhaul its backline in 2020, their forward pack picked up where they left off in 2019 and after a slow start on the scoreboard, six second-half tries helped them to a big victory.

Starting Brumbies flyhalf Noah Lolesio looked at home in a 60-minute outing for the Brumbies, certainly not hurting his chances of a start in eight days’ time in Canberra.

Lolesio made some damaging runs in his first ACT start at 10 and was clever with the boot in play and off the tee, kicking two from two.

Bayley Kuenzle, who started for the Brumbies Runners and came off the bench in the main game, also put in a solid display.

Further along in the backline, a double from Andy Murhead was a reminder of the winger's potency while new recuirt Solomone Kata had an impact on the wing and then in the midfield.

McKellar said positive performances was helpful in the selection debate but it wouldn't make the final team selection conversations easy come next Wednesday. 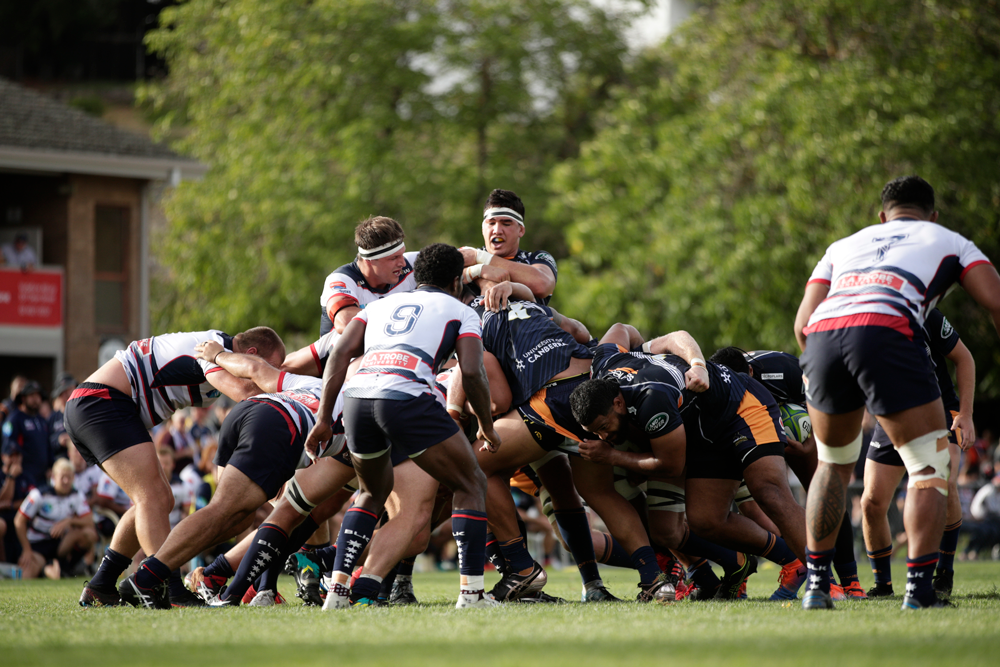 "It helps but the toughest part about being a coach is when you've got a group of boys who work really hard and deserve to be playing and then you can only pick 23 and guys miss out, they're the hard conversations," he said.

"It's easy if someone's lazy or isn't performing well - the conversations are easy but it's no different to this time last year.

"You feel for the boys but they've got to understand we're not just 23 players, we're a squad and their opportunity will come and whoever misses out's got to be read yto go when they do get their chance."

The Rebels were forced into a late change with an injury to Ruan Smith (nose) forcing the tighthead out of the side, while regulars Jordan Uelese and Jermaine Ainsley were also missing and Melbourne clearly suffered in that department.

The injection of Slipper at tighthead was somewhat of a surprise but McKellar said the 30-year-old could pop up on that side of the scrum more often in 2020.

Slipper has established himself as a loosehead but dabbled on the other side of the scrum earlier in his career with the Reds.

"When he's played tighthead in the past there was a big gap, size thing whereas now with the laws and the interpretation around scrum, you've just got to find shape and work well with your hooker and your loosehead. 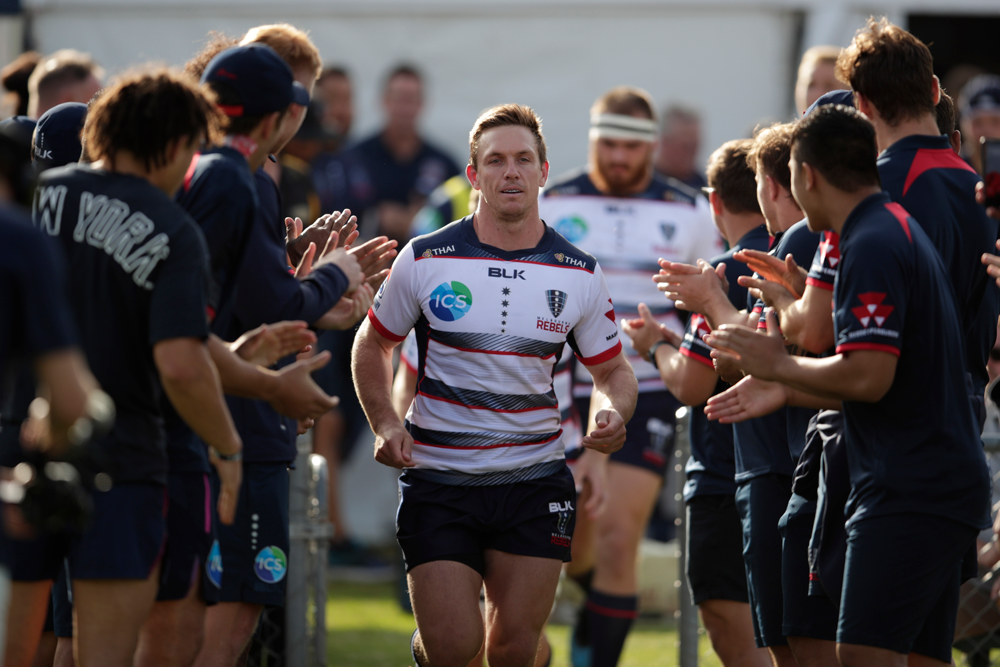 The Rebels looked the most dangerous in a scoreless first quarter but both sides had chances gone begging, as they looked to experiment in attack.

Melbourne flyhalf Matt To’omua looked to the boot deep in the Rebels’ attacking zone a number of times in the first quarter but couldn’t find a recipient for his grubbers.

The Brumbies began to assert their forward dominance and lock Murray Douglas finished off a patient pick-and-go passage to notch the first of the afternoon.

It took an electrifying break from Marika Koroibete to set up the first Melbourne try, which the winger started and finished.

Koroibete cleaned up a loose pass from Luke Jones, with what appeared like a possible knock-on, but the play continued and the speedster offloaded to scrumhalf Frank Lomani, who returned it to Jones in turn before Koroibete collected the final ball to score.

Sio had the first of the second half, as the Brumbies peppered the line after another positive forward-driven effort.

A yellow card for Rebels forward Mahe Vailanu opened up the opportunity for the Brumbies and Toni Pulu finished off their first chance, to give the ACT side the lead.

That sin bin was a moment that reflected Melbourne's sloppy discipline late in the game, something Rebels coach Dave Wessels lamented post-match.

"I probably get a little bit angry when I see some soft moments which is probably more in the back end of the game, we've got to stamp that sort of stuff out," he said.

"Just some really silly discipline things where we sort of let ourselves down."

Fellow replacement winger Andy Muirhead notched the Brumbies’ fourth and Cadeyrn Neville made it five for the afternoon after breaking a tackle and crashing over in the 72nd minute. 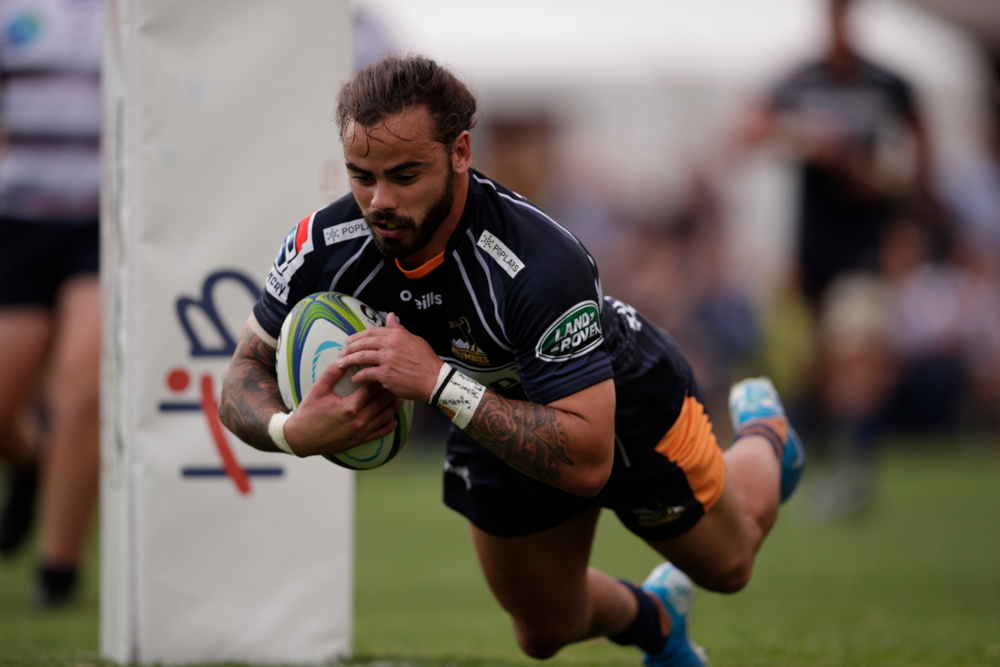 Muirhead made it a double in the final minutes of the game and rookie back Mack Hansen pounced on a loose Rebels ball and sprinted 80 metres to score another Brumbies try.

The Brumbies A side took out the opening match of the afternoon as well with a 34-31 win over the Rebels A side.

The Brumbies take on the Reds in their opening Super Rugby match on Friday January 31 while the Rebels travel to Fukuoka to face the Sunwolves on Saturday February 1.