Former Wallabies skipper Ben Mowen is helping the next generation of Aussie forwards,  returning home after five years in France.

Mowen has signed on as the Junior Wallabies forwards coach for 2020, having returned to Australia after stints with French teams Pau and Montpellier.

The flanker had a whirlwind ascension to the Wallabies captaincy before walking away from Australian rugby at the end of 2014, in a family-driven decision.

The 33-year-old had always hoped to move home after he retired and said coaching was something that he had considered throughout his career.

When Ruaidhri Murphy moved on from the Junior Wallabies post to a full-time role with the Brumbies, an opportunity opened up for Mowen to test the coaching waters.

“It was definitely my intention to move back to Brisbane and to live in Australia but I had yo-yoed with the idea of coaching throughout my career,” he said.

“Certainly in the last few years of my playing career, I realised that that’s where my true passion lies is within team environment and trying to move a group of people towards a common goal and I really am a rugby tragic so it was pretty simple thought process to get to the stage where coaching was the right future for me.

“I think the last year or so of my playing career I was pretty excited to work in rugby in a different capacity and I've always been passionate about preparation so it was a natural progression into coaching and just the last few seasons of my career it was at the front of my thinking for the whole time.” 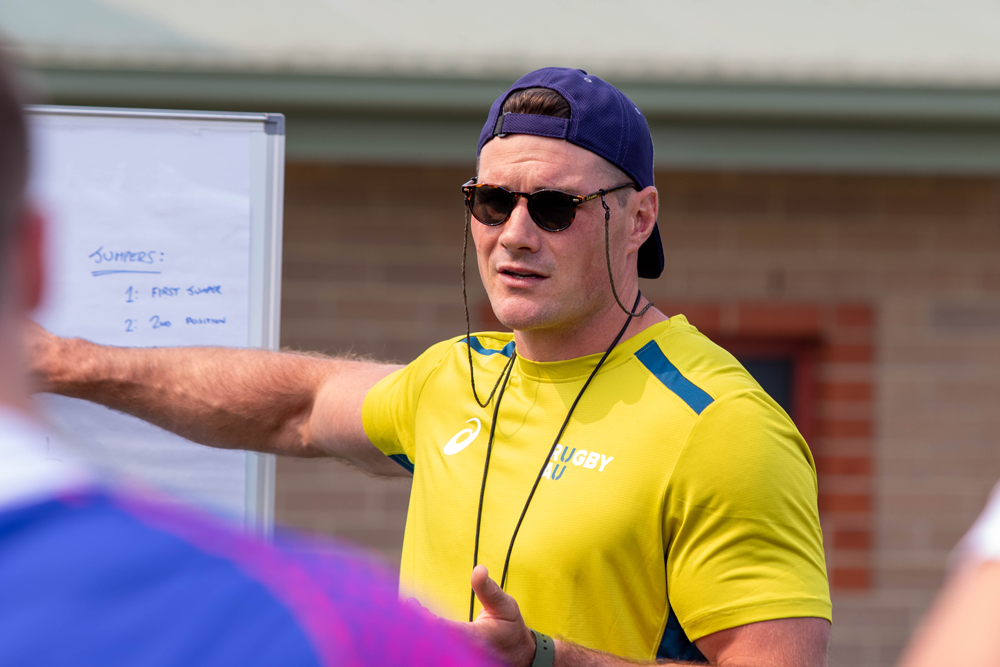 While he hasn’t had any official coaching experience, Mowen had taken the lineout lead in his finals seasons with French team Pau, something he feels he can draw on as he embarks on a coaching journey.

“My role there for the last three or four years was to organise the lineout and do the prep work around that,” he said.

“It was an aspect of my playing that I really enjoyed. I think that gives you good exposure with dipping your toe into things and getting a feel for how to analyse, how to prepare sides, how to really teach guys in different ways and obviously the added challenge in France is you've got to do it in two languages.

“That always forces you to think about how you can get that message across. I really enjoyed that part of my development.”

As he neared retirement as well, Mowen began to feel the desire to pass on the knowledge and advice that he enjoyed as a player to the next generation.

“I think as I got to the end of my career, I was more reflective on the things I enjoyed from different personalities you meet, through players and coaches and people who made an impression on you,” he said.

“What you hope to do as a coach is to then take all those great qualities and mould them into the way that you want to work with the group.

“That's certainly what attracts me to the coaching aspect of the game is that you can really have a big impact on guys, certainly for myself, I had a huge impact from certain individuals that have lasted with me forever and I take a lot of those lessons from those guys.

“I feel indebted to those people for the way they improved my rugby so I'd like to return the favour to a new generation.” 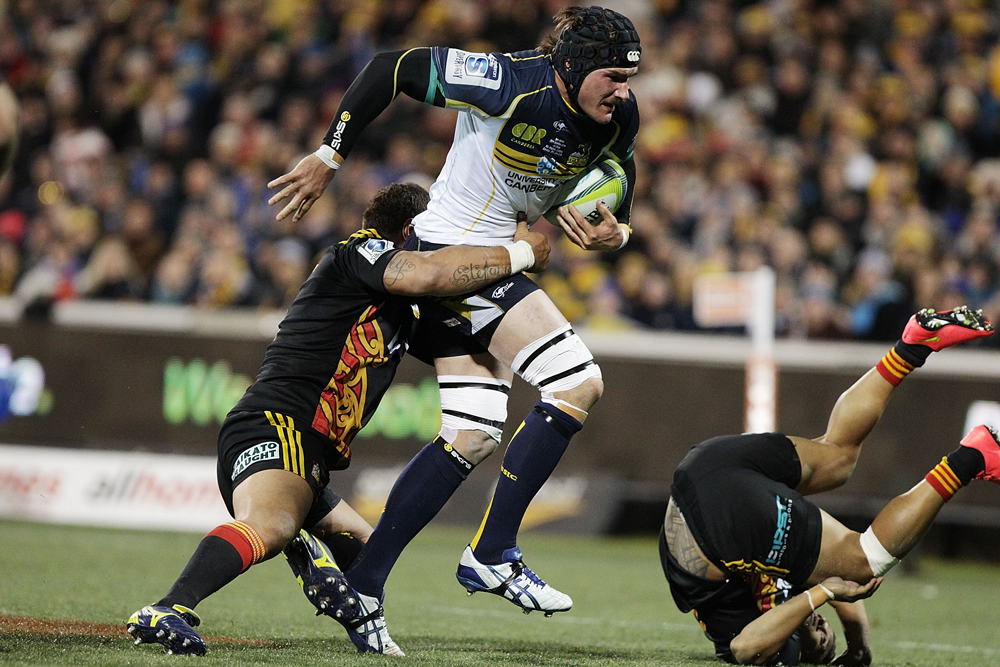 Mowen spent time under some iconic rugby coaches including Jake White and Laurie Fisher, the latter whom he counts as one of his greatest influences.

“It was the details that he (Fisher) put into preparation that allowed me to achieve high level honours in the rugby circles and I certainly feel indebted to him for the way he aided my career.

“He's one of many that had a good impact on me but I think that's pretty special when you can get that relationship with a coach where they can change the course of your rugby career and your life so I'd certainly like to, hope one day to have the capabilities to achieve that with someone.”

Since returning to Queensland, Mowen has been working with the Reds’ U20s group in a part-time capacity and said he felt he could bring a fresh perspective to the program.

“I started working with the Reds players about a month ago, I had no idea about the players but I think that can be a real plus,” he said.

“Perhaps when we get the larger squad together, the coaches might have certain opinions on players.

“My opinion's certainly open and untainted and whatever performance they put out in front of me, that's my first introduction to them as rugby players.

“So, it's a great blank canvas for them to start on and a nice open situation for me where I can see it with maybe a different set of eyes.” 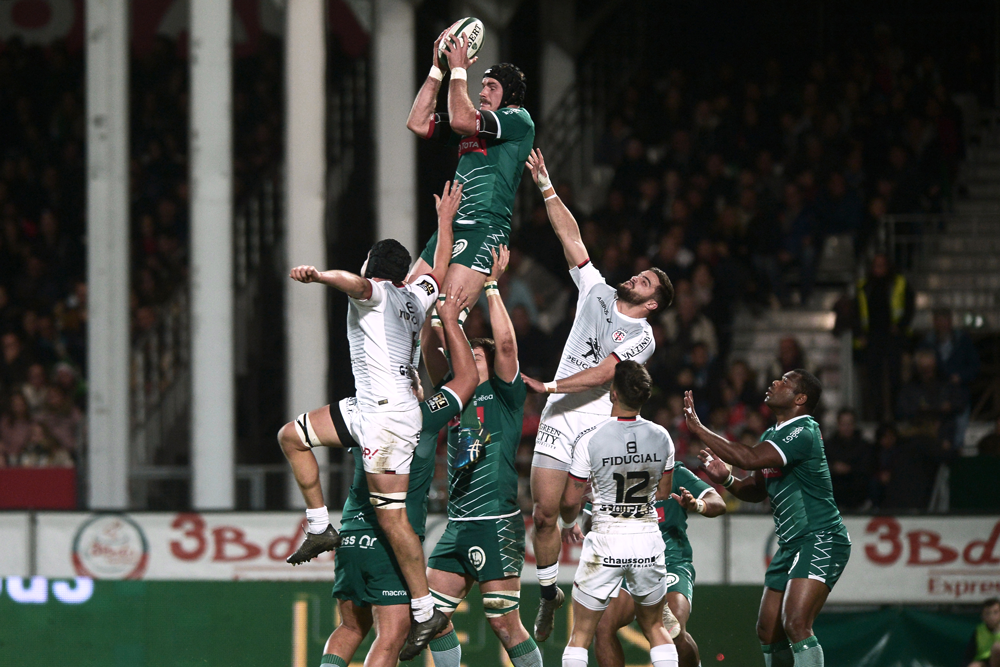 With the return of Scott Wisemantel and Matt Taylor to the Wallabies setup, Mowen hopes to see more Australian coaches return home and help the next generation of coaches develop.

“I think we've seen the importance of trying to have as many Aussie coaches in this country as we can,” he said.

“Certainly it's great for Australian rugby to have Scott Wisemantel and Matt Taylor back - they're good mates of mine and we've been texting over the last couple of months and without knowing any information I said, ‘I hope you guys end up back in the setup’, because we can't have our best coaches overseas, we need them working in Australia.

“I think that's been a really successful plan to bring them home and that's inspiring for young coaches to see, to have those relationships with Australian coaches around because that's IP you can really pick the brains of and get your personal development out of.”

The Junior Wallabies are in camp in Canberra this week, ahead of April’s Oceania U20s and June’s World Championships.

Monday June 29, 5am - Australia vs Georgia

Thursday July 9, 5am - Australia vs Wales

Players have "enough information to develop a position" in pay cut talks: Castle