That might be a well-worn phrase but that’s exactly the mentality that Brumbies rookie second rower Nick Frost brought across the ditch after a stint with Super Rugby’s most successful franchise.

Frost signed with the Crusaders Academy out of school ahead of the 2018 season, before joining the Brumbies midway through 2019.

In that time, the 20-year-old said the expectation on players to work on the basics outside of their club-organised sessions was something that stuck with him.

“Players over there (in New Zealand), especially at the academy level when I was there, there was a big emphasis on you develop so much how you want to so if you put the effort in we're happy to give it back as well so all the extra work,” he said.

“If you do the baseline minimum you'll still improve but not as much.

“So, just the skill work, before training, after, looking at your vision, all that, just making habits which a lot of the boys do here as well so it's been great and I've been trying to keep that up for myself and just do that.”

While Frost could learn off some world-class locks, it was the mental side of the program that he felt could equip him most for the future.

“There's obviously the technical and tactical parts of the game the set piece stuff but a lot of it was around your mindset, preparing to train and just being, especially with Kiwi rugby, a quote from the coach about just being good humans and stuff like that,” he said.

‘They're very good people - same with Australians - but it was all around being humble and getting your hard work done and getting all that stuff so the extras pre-training, after training, a lot of skill development they put the onus on you to develop, pretty eye-opening going over there.

“So, doing all the little extra skill work and then I've tried to bring that over here.”

Frost decided to come back to Australia, and join the Brumbies, seeking opportunities and was quickly added to the World Rugby U20s squad that made the final in last year’s championships.

He slotted quickly back into that team and the lock believes there is more success to follow for the Junior Wallabies.

“I knew some of the boys from the schools so when I came in I didn't feel too alienated so the boys got around me,” he said.

“It was good to get in, pretty smooth transition but especially our year group was good, the year below will be even stronger as well.

“There are a good few years coming as well which is good for your development going through which will be good for Australian rugby.

“It's good that obviously we beat New Zealand in the schools as well, we are showing progress and getting through and developing in our international rugby.”

With Sam Carter and Rory Arnold both heading overseas after the 2019 season, the opportunity for young second rowers at the Brumbies to compete for a matchday 23 spot is as open as its been in recent times. 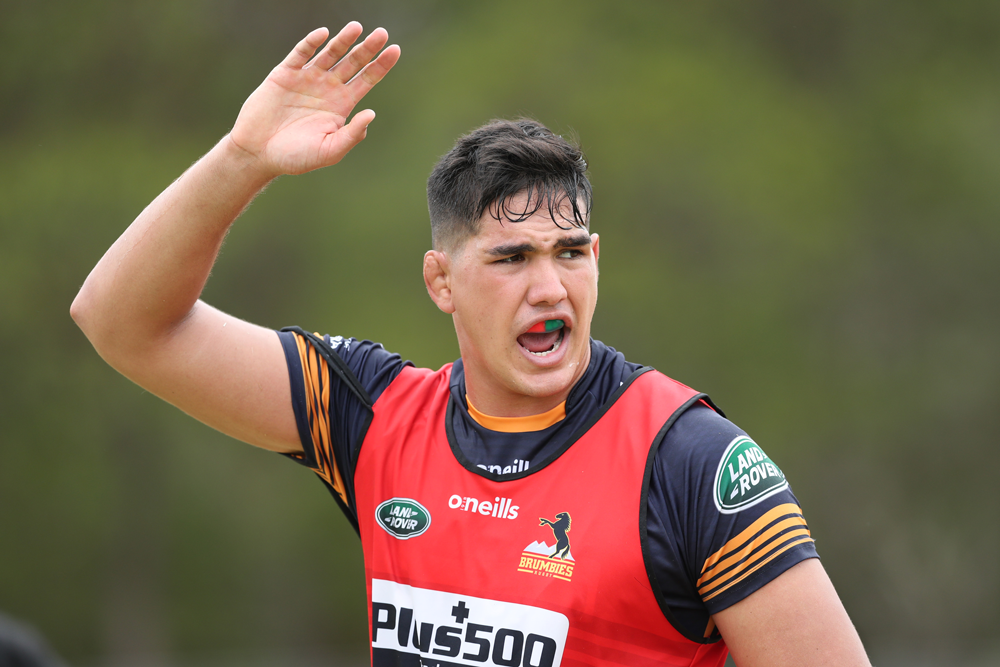 Canberra Vikings captain Darcy Swain has impressed as he has developed in the past two years while one-Test Wallaby Blake Enever, Murray Douglas and new recruit Cadeyrn Neville bring some handy experience to the squad as well.

Frost featured for the Vikings in the NRC and said he had already learned a lot off his new teammates.

“Obviously there's opportunity but the boys, I get along with them very well - It's been good healthy competition but I haven't really put too much thought into it, just been trying to get away - learn a lot off them because they've got more experience than me.”

Frost still keeps in contact with a host of his former Canterbury teammates but it will be at least another year before he goes head-to-head with any in Super Rugby.

The Brumbies don’t play the Crusaders in Super Rugby this season, a quirk of the conference system, but will meet in the 2021 season.

Club Corner: NT bringing the heat for Finals whilst other states kick into gear for second half

"You've got to have a short memory in this industry": Reds moving on quickly from Waratahs defeat