Australia’s Rugby World Cup bid has received a double boost this week after news that South-East Queensland is set to move forward with its 2032 Olympic bid.

Rugby Australia is working towards bidding for the 2027 Rugby World Cup and news that Queensland is on the hunt for the Olympics could be a major shot in the arm.

The Queensland government earlier this week announced its intention to move forward with a bid for the 2032 Olympics, a move that follows a Federal Government commitment to Rugby Australia's research and planning stages of a Rugby World Cup bid.

While both bids are yet to receive funding for the events themselves, a pledge would form part of the bid process, the backing they have received could see at least two international tournaments staged in Australia within five years.

The Olympics and Rugby World Cup might not seem immediately congruous but it has become somewhat of a pattern that countries host the tournaments in close proximity. 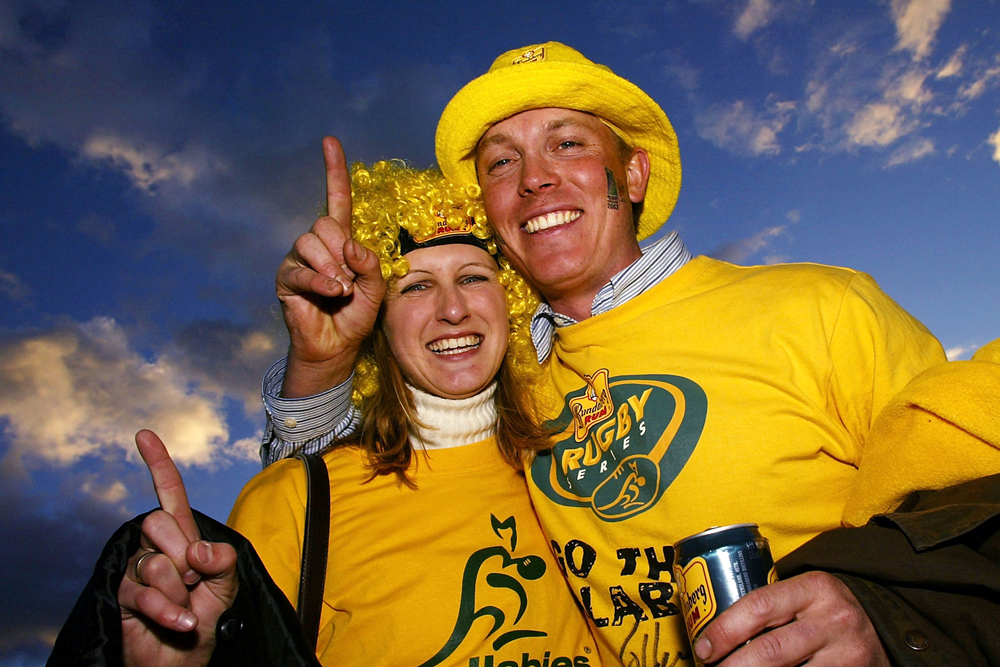 London and England had the Olympics and Rugby World Cup in 2012 and 2015, respectively, while Japan and France are both hosting Rugby World Cups and Olympics in consecutive years.

The USA, who are hosting the 2028 Olympics in Los Angeles, have also emerged as a potential Rugby World Cup bidder for the 2027 or 2031 tournaments.

With many of the same stadia used for the respective events, there are some complementary elements between the two, while the government's willingness to support major event bids is considered a positive sign for any organisation considering the move.

Rugby Australia head of professional rugby Anthony French, who is leading Rugby Australia's team working towards a World Cup bid, said the news that SEQ was progressing with its Olympics bid plans was only positive for Australia's hopes of hosting a third Rugby World Cup.

“Events like the Olympics and Rugby World Cup have the ability to shift the dial on a nation’s economy, generate national pride and deliver a range of social benefits, so we were really pleased to see the Queensland Government’s decision yesterday to move forward with a bid for the 2032 Olympic and Paralympic Games,” he said.

“Along with the Federal Government support, the announcement sends a clear message that Australia is well supported to deliver major events - which is incredibly important when bids are being assessed.

“From our perspective, Australia’s being awarded the rights to host an Olympic Games in 2032 would be a real positive for any bid by Rugby Australia for a future Rugby World Cup - it shows that Australia has the capability, infrastructure and expertise to deliver events of this scale.”

How good is this?
The Rugby World Cup was the second most googled search in Australia in 2019. A good reason why @RugbyAU is bidding to host the RWC2027 #unitingrugby pic.twitter.com/TkF0T0AmGl

While rugby has had its critics in recent seasons, the popularity of the World Cup and its potential to capture people's imagination was reinforced by Google's trending search data, released on Thursday.

The data maps the topics that had the largest spikes in searches in 2019, with the Rugby World Cup beating out Cricket World Cup, FIBA World Cup and the Ashes in sports searches.

Outside of Australia, Argentina, Russia and the USA shaped as major rivals to push for World Cup hosting duties but the latter's credentials have recently come into question.

The USA had loomed as one of the major rivals for the 2027 World Cup but recent financial results may have put that in question.

USA Rugby's board of directors released a letter to the public last month, forecasting a major loss for 2019 due to overspending in high performance and a legal battle with the PRO Rugby organisation.

That financial situation would not help their hopes of putting a bid together for the 2027 World Cup and even cloud their potential for 2031.

Argentina had also expressed interest in putting in a bid but the biggest challenge for the South Americans would be establishing the infrastructure in place to host the tournament with a struggling economy.

Brad Thorn rebuilt the Reds from the bottom. But will he be there to finish the job?