McKay NRC Column: Kudos to the Force, focus turns to next step for rising stars

So much for the National Rugby Championship final being too close to call!

The only comfort in last week’s prediction of there not being much between the Western Force and Canberra going into Saturday’s Final is that I know I wasn’t alone in expecting a tight contest.

Both teams like to play, so expectations of plenty of tries being scored were well-reasoned; it’s just that no-one predicted only one team scoring those tries.

Kudos to the Western Force for that..

It took them half an hour to get into the game through their lineout drive, but their 7-3 lead at halftime was actually a fair reflection of how they had managed to claw their way to ascendency. The set piece already firing on the way to stealing four Vikings lineout for the match, and a scrum against the feed.

The turning point, then, was probably veteran hooker Heath Tessmann’s left-foot step and offload for the ages to put lock Fergus Lee-Warner over three minutes after half time. 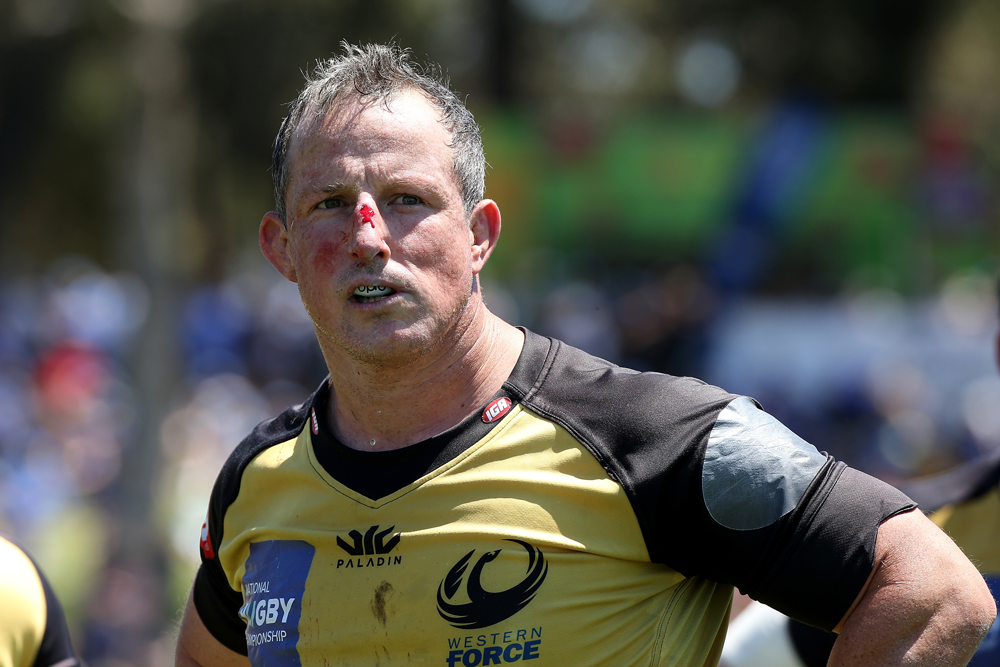 The way the Canberra defence opened up would’ve been concerning, and the Force did it again only a few minutes later when inside centre Nick Jooste ran the perfect outside-in line from set piece, before running around and dotting the ball down behind the posts.

When Andrew Deegan kicked a penalty goal, the Force led 22-3 with half an hour to play and it was hard to see how the Vikings were going to get into the game.

Lee-Warner won the Phil Waugh Medal for the Player of the Final, but it could easily have gone to Tessmann, who was simply superb, his double in the 58th minute rewarded with an early mark to put the feet up and get first shot at the well-earned celebratory beers.

That the Force went on with it and scored two more tries – the last one to Jonah Placid a genuine Try of the Year contender – spoke for the confidence they were playing with. The last twenty minutes of the game were about playing with enjoyment, and for the fans that packed the hill at MacGillivray Oval at UWA.

No-one saw a 41-3 scoreline coming, but you couldn’t argue it either.

Canberra didn’t really play like a 38-point worse team on the day, but they didn’t exactly show many signs of finding the breakthrough try that might have fuelled something of a fightback.

In short, they were allowed to play as well as the Western Force allowed them to. It’s just that Force picked the same day to completely throw off the shackles themselves.

And congratulations to them, and to coach Tim Sampson, for a performance to remember.

Progression of Gen Next crucial 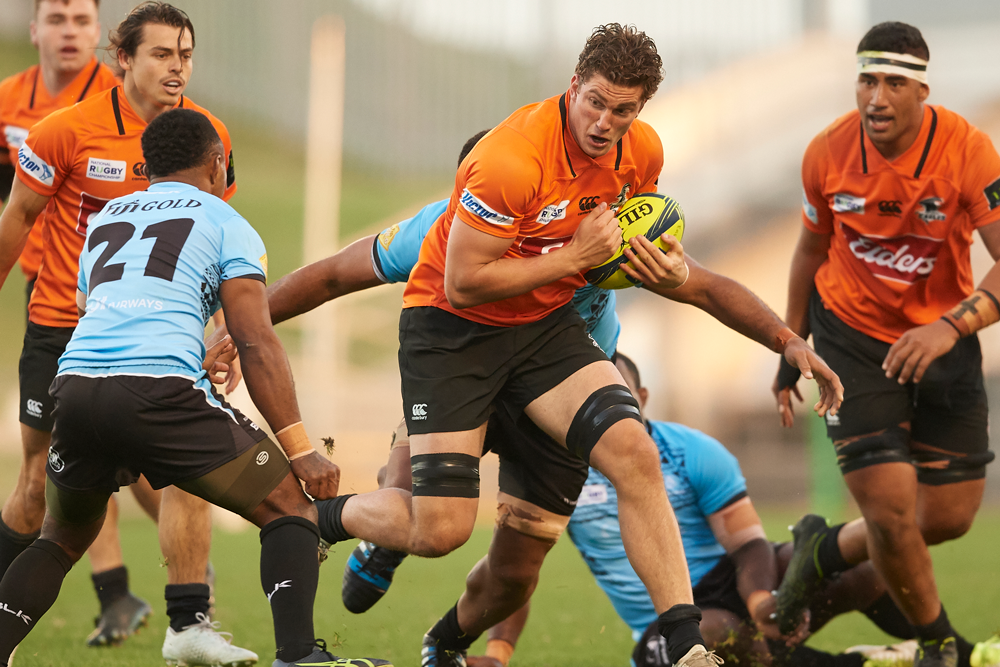 NSW Country coach Robert Taylor gave some really fascinating insights into his super promising no.8 Will Harris a few weeks ago, telling his story beautifully for the Round 7 Rising Star nomination.

“He, along with guys like Angus Bell, and Mark Nawaqanitawase, and Joey Walton… these are exciting guys to work with, and they’ve shown enough that they can play against men, because the last thing you want to do is throw them in against guys and they get absolutely hammered,” Taylor said of Harris, and his Junior Wallabies squad mates in the NSW Country set-up this season.

Harris was the sixth member of the 2019 Junior Wallabies squad to receive a nomination during the NRC season, a remarkable introduction of this extraordinary cohort of talent into the next level of senior rugby. For many observers, this was the point when the hype about these young players was realised.

Upwards of 20 of the Junior Wallabies have now been contracted to Super Rugby programs in 2020.

Taylor, a coach with a good record of bringing on new waves of talent in Auckland and in Sydney, is really excited by the promotion and graduation of this group of young players into Super Rugby over the coming years.

“That Australian U20s group is outstanding,” Taylor said at the time.

“Seeing them through the NRC as well, guys like Fraser McReight, Harry Wilson, there’s a legitimate group of world class players that could come through.

“They’ve all got the mental side; they’re mature for their age, they’re very focused, they’re very humble. There’s a real rich vein, and maybe it is a lucky generation that they’ve all come through together.

“There’s always talent coming through, but this is a group that have the ability to be world class all at the same time. It’s not just one or two guys, there’s 10 of them, all together, and in multiple positions." 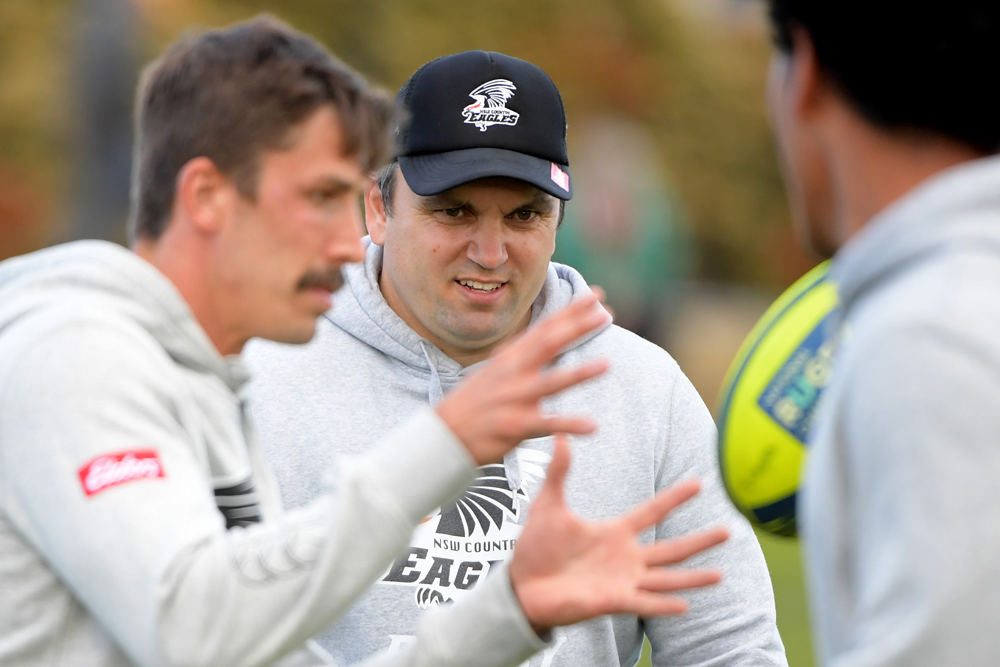 After the Wallabies’ Rugby World Cup result, the temptation would be to promote these young guys before they’re ready. Some of them will undoubtedly make the leap to Super Rugby and the Wallabies sooner than others.

But this is where Taylor says that Rugby Australia and the states need to be very deliberate and careful about their progression. For all the success the U20s program has had in 2019, the true value of the program will be realised as the players themselves start graduating into Super Rugby.

“They’re not just hype, and there’s a long way to go for them yet, but there’s certainly the signs that if this group comes through together and forms the core of the Wallabies in a few years’ time, they could be a World Cup-winning team.”

The Super Rugby coaches have a huge role to play in this, and so too does Director of Rugby, Scott Johnson, as if he won’t be busy enough over the next year a bit.

And the players themselves can help themselves, too. Taylor already likes what he sees from them, as they make the step from U20s to club rugby and onto the NRC, but the Eagles coach hopes the young players are already talking amongst themselves.

“Like any country, you have these generations that come through at the same time. I think the skill of the program is to recognise those guys, bring them together, and challenge them as a group to go through together.

“I don’t know if they have got a secret pact, but they should do,” Taylor says.

“They should’ve sat down in a room together after that U20s World Cup, said ‘guys, let’s be the Wallabies in three or four years’ time and do whatever it takes’.

“I hope they did, because they should have.”

The NRC has already played a bit part in their progression. Now the professional pathways needs to work together to bring these future stars through in a way that gives them the best possible chance at success.