New Zealand centre Jack Goodhue has shaved off his moustache for the "biggest game" of his life this weekend but insists his famous blond mullet is not going anywhere.

A bashful Goodhue replied: "I've had a bit of a hard time for that. I can't win in this team."

In a relaxed news conference spanning selection and preparation -- as well as haircuts -- Goodhue insisted that cleaning up his act would not extend to chopping off his mullet, one of several outlandish cuts at the Rugby World Cup.

"I'm not getting rid of the mullet. You can ask this every week. It's not going," said the 24-year-old centre.

"There's actually scientific evidence that shows it makes me faster. It was done at Harvard, I think," he joked.

Foster admitted that team haircuts were becoming "the highlight of the week", with six or seven stylists lining the players up in the team room to make the All Blacks look sharp.

"It's actually quite a show. There's been some miss-cuts I guess," said Foster, revealing that fullback George Bridge had not been happy with his effort.

"He's hoping for some very sunny days to get rid of the white line round the back of the neck. Don't look at it tomorrow because you'll embarrass him," 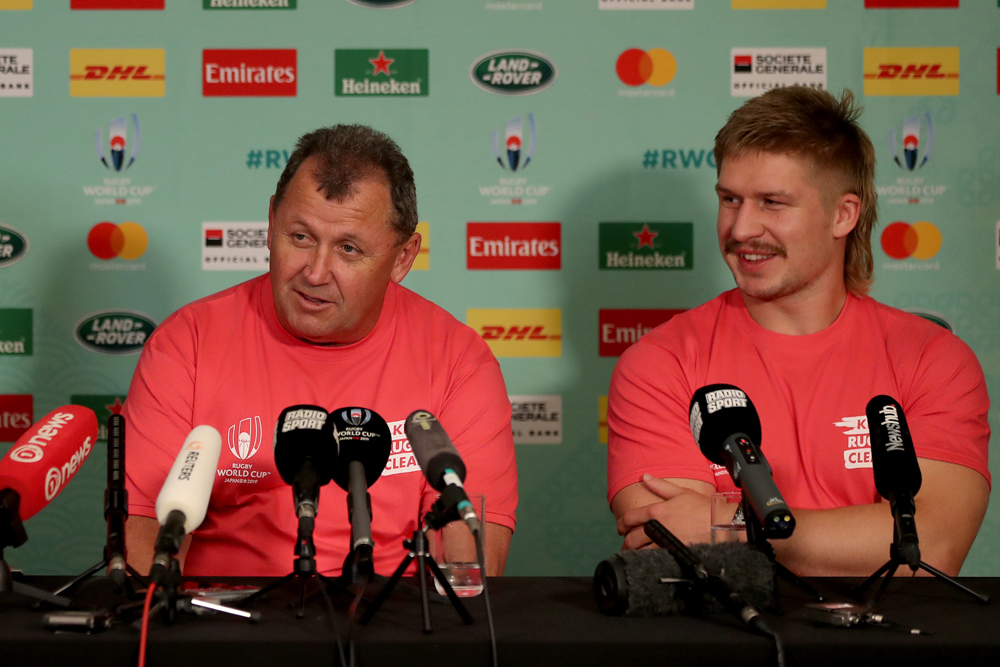 On a more serious note, Goodhue said the match-up against Ireland was to be "the biggest" in his fledgling career.

And lock Sam Whitelock said "these games are why we play rugby".

"These games are the ones that when you're a little kid at home in the back yard you dream about and you always want to take the winning drop goal," he said.

"But I don't think that will be me. Fossie (Foster) won't be happy if I try to take a drop," quipped the hulking second row forward, not known for his kicking skills."

New Zealand take on Ireland in their Rugby World Cup quarter-final on Saturday October 19 at Tokyo Stadium, kicking off at 7:15pm local, 9:15pm AEDT, LIVE on Foxtel and via RUGBY.com.au RADIO, Rugby Xplorer and Amazon Alexa.