No-one needs to tell James Slipper about the cut-throat nature of a Rugby World Cup quarter-final.

With seven minutes left in Australia’s last Rugby World Cup quarter-final in 2015, Slipper thought he might just have cost his side the game.

In the 73rd minute in Australia’s match against Scotland, Slipper found himself in the first receiver spot with the Wallabies in Scotland’s attacking zone.

The front rower sold a dummy and threw a loopy pass in the direction of Drew Mitchell, but it never made it that far.

Instead, the ball landed right in the hands of Scottish centre Mark Bennett, who sprinted away and scored what appeared at the time to be the match-winning try.

The Wallabies ultimately found the chance to steal the game back with a last-second Bernard Foley penalty kick and progressed through to the semis.

Despite that, the horror of what might have been hasn’t quite gone away for Slipper even four years later.

At the time, Slipper admitted he felt “sick to his stomach” as he walked back to the team huddle after that score and knew he wouldn’t soon forget that moment. 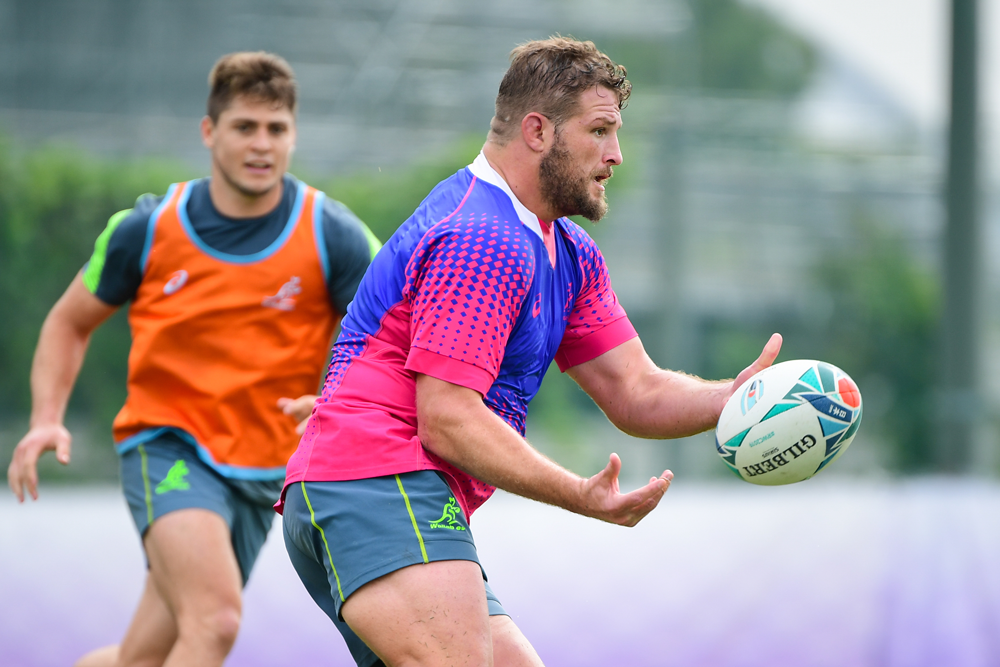 Speaking to media at the start of Australia’s quarter-final week in Japan, the 30-year-old wasn’t surprised when asked if he might be working on his passes a little bit more closely this week.

“How did I know that was going to come up?,” he laughed.

“Mate, it still haunts me that one and the boys still give it to me. It’s just important to really work on them at training.”

Slipper has the chance to make a new quarter-final memory this weekend, most likely against England pending the result of Sunday’s Wales-Uruguay clash.

The Wallabies have spoken all tournament about treating each match like a grand final but next weekend’s quarter-final is the first true knockout match they will face.

Slipper said the pressure tangibly went up a notch in the second phase of the competition and his best advice for his younger teammates was simple.

“Obviously it’s another game of rugby but what comes with that is a lot of pressure,” he said.

“It’s quite obvious that it’s a grand final week for both teams, both teams need a win to progress further. Naturally there comes a lot of pressure with that.

“I guess being able to play (them) a couple of times, quarter-finals, semis, grand finals – it’s just going back to what you do in training, preparing yourself early in the week and then really just backing yourself to have fun out there on the field and doing what you have done your whole career and what got you there in the first place.

“My advice to any young bloke playing in the finals is to enjoy the moment and don’t get overwhelmed by the occasion.”

The Wallabies are currently in Odawara, 64km south of Tokyo, and are set to travel to Oita on Wednesday ahead of their quarter-final clash.