To'omua to begin life as a Rebel on Monday

Mon, 13/05/2019, 12:57 amby Beth Newman
Wallaby Matt To'omua has touched down in Melbourne to join the Rebels two weeks ahead of schedule. To'omua received the call up after Quade Cooper copped a head knock in last weekend’s game against the Reds.

Quade Cooper's concussion has opened the door for Wallaby Matt To'omua to join the club a week earlier than expected.

To'omua has arrived in Melbourne from England and is set to train with his new teammates later on Monday ahead of their Friday night clash against the Bulls.

The inside back was originally expected to return to Australia after his Premiership season with Leicester finished on May 20.

While that would have put him in the frame for a Super Rugby return against the Sunwolves, the plan was to put a week of training under his belt with his debut likely to come a week later against the Waratahs in Melbourne.

With Cooper suffering a head knock in the 54th minute against the Reds, that equation changed.

Cooper could yet play in Friday night's match against the Bulls at AAMI Park with the 10 still going through his concussion protocols but To'omua's return gives the Rebels the luxury of an extra playmaking option should be ruled out.

In the wake of Cooper's injury, it is believed the Rebels went back to Leicester to request a release and this time the Tigers were open to the idea, letting To'omua return to Australia a week early. 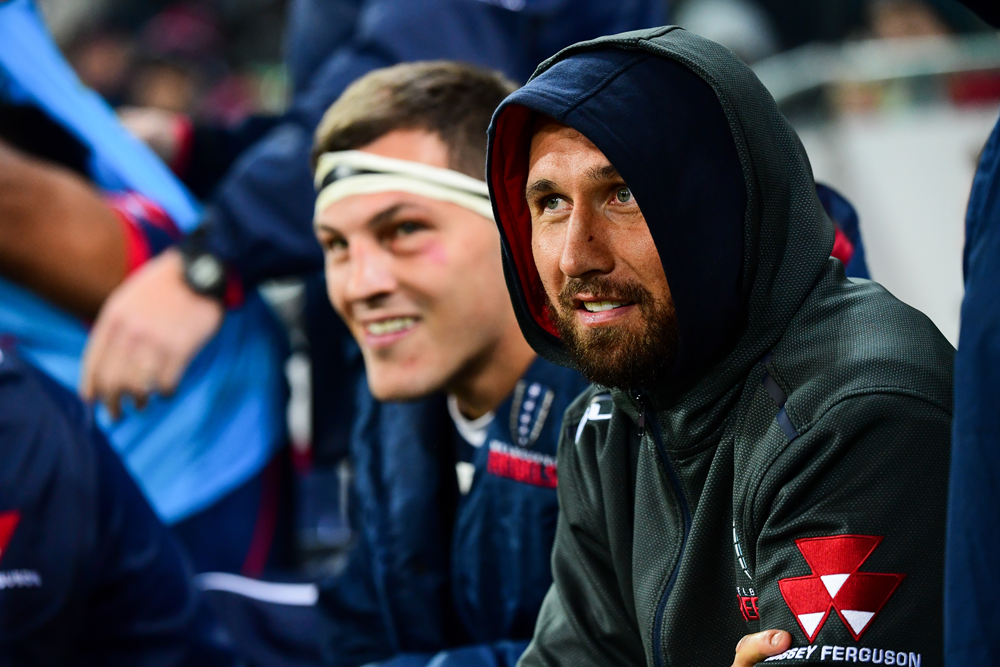 In England, the Tigers are 10 points clear of the relegation zone with one regular round to go, ensuring they will play top level rugby next year.

With the side well out of finals contention, there is little on the line for the side apart from pride in the final regular fixture.

Rebels coach Dave Wessels said on Friday night that To'omua's impending addition would take some of the toll off Cooper, who had played virtually every minute of the season before Friday night's Reds clash.

Reece Hodge stepped into the prime playmaking spot when Cooper exited Friday night's clash and was strong in a 30-24 win but 10 is not his first-choice spot.

To'omua's early return could also be a boon for the Wallabies, with the back available to take part in next weekend's Wallabies camp in Brisbane ahead of September's Rugby World Cup.

Though his form has been inconsistent in England this season, his ability as a 10 and 12 makes him a valuable commodity for the national outfit.

Cooper is one of just two big-name injury concerns for the Rebels this week.

Lock Adam Coleman is battling with a shoulder injury that has kept him out for the past fortnight while hooker Jordan Uelese made a successful return to club rugby last weekend and could play for a second-string Rebels team against the Japan A Wolfpack this weekend.