Israel Folau has been found guilty of a high level breach of Rugby Australia's code of conduct, leaving the door open for the star Wallaby and Waratah's contract to be terminated.

The third day of the hearing was held at lawyers' offices in the city on Tuesday and concluded shortly before 5pm AEST, with confirmation of the panel's decision coming an hour and a half later.

Folau had been charged with a high-level breach of the code by Rugby Australia over an April 10 social media post that said, "hell awaits drunks, homosexuals, adulterers, liars, fornicators, thieves, atheists and idolators".

The panel of John West QC, Kate Eastman SC and John Boultbee SC determined that Folau was indeed guilty of a high-level breach, the only level of breach that still allows for termination.

Had Folau been charged with a medium or low-level breach, there would not be any option for termination.

The timeline for a decision is still unclear and though there is no formal deadline for the final verdict to be handed down, it seems it would happen sooner rather than later.

As far as a possible sentence goes, there is little in the way of guidance from the outcome of Kurtley Beale's code of conduct hearing in 2014.

Beale was found guilty of a "serious" breach of the code of conduct but escaped termination, and was instead fined $45,000 for sending an offensive message to Di Patston.

The categorising of code of conduct breaches was subsequently changed in Rugby Australia-RUPA collective barraging agreement, however, to low level, medium level and high level.

Folau reportedly rejected a $1 million settlement offered by Rugby Australia ahead of the hearing.

EARLIER: Rugby Australia had set down two days for the hearing over the weekend, both of which were held at the organisation's offices.

With the offices back to normal operation during the week, this third day is set to be moved to the offices of Herberts, Freehills Smith in Sydney's CBD.

Rugby Australia said on Monday afternoon that a decision would not be made by the end of Tuesday, though it is expected to be the final day of the formal hearing.

Folau will be required to attend again.

Once the hearing officially wraps up, the three-person panel of John West QC (chair), Rugby Australia-appointed Kate Eastman SC and the RUPA-appointed John Boultbee will retire to deliberate and come to a decision on the case. 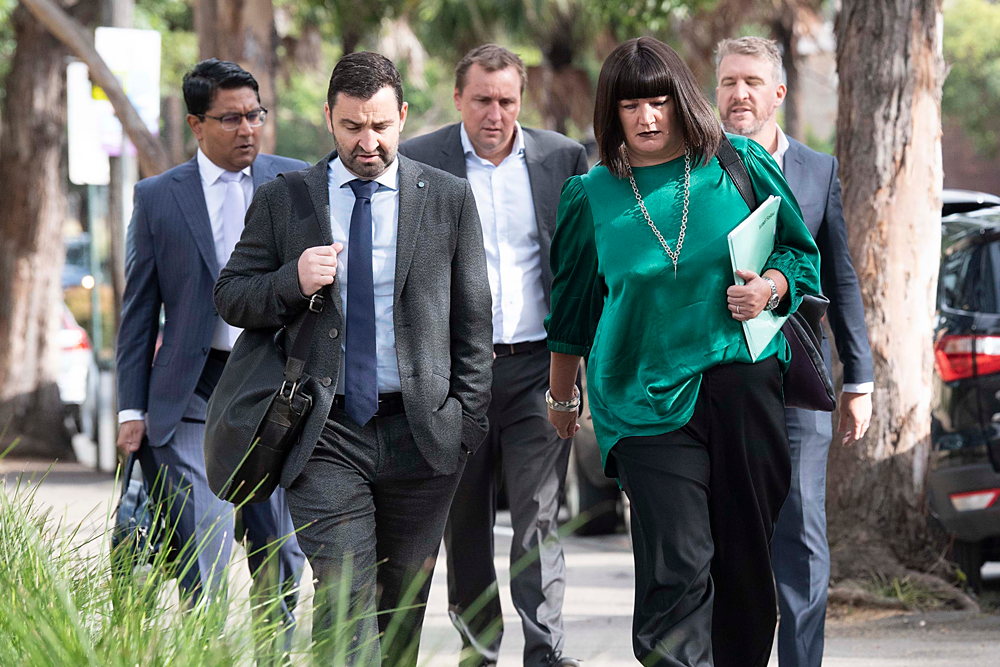 A verdict could come in the days immediately following the hearing's conclusion but there is no mandate on that.

While Folau awaits news of his fate, his Waratahs teammates are preparing for a must-win Super Rugby clash against the Lions in Johannesburg.

Backrower Ned Hanigan said while there was wall-to-wall coverage of the case in Australia, it had not made the same splash in Africa.

“The short answer is no. I think there’s a bit of a political thing going on at the moment over here so there’s a fair bit of that stuff around but not really (Izzy)," he said on Monday.

"As a team we’re sort of pretty focused on the job and I think there’s a lot of learnings we can take from the weekend that we can definitely take into this weekend.

“We haven't done a review yet but it’s all happening this morning but yeah that’ll be the focus around the weekend for the players.

“We’re a little ways out of Johannesburg at the moment so it’ a real chance for us to connect and just get around each other a bit.”

Folau attended a second day of the hearing on Sunday and though a result was not expected to be handed down, that two full days were not been enough to complete the hearing was somewhat of a surprise.

To put the time frame into context, the last Code of Conduct hearing of this kind - a 2014 hearing involving Kurtley Beale - was over in a relatively short six hours.

Folau, Wallabies coach Michael Cheika and Castle all gave evidence on the opening day of the hearing on Saturday before it was confirmed that the hearing would extend into Sunday. 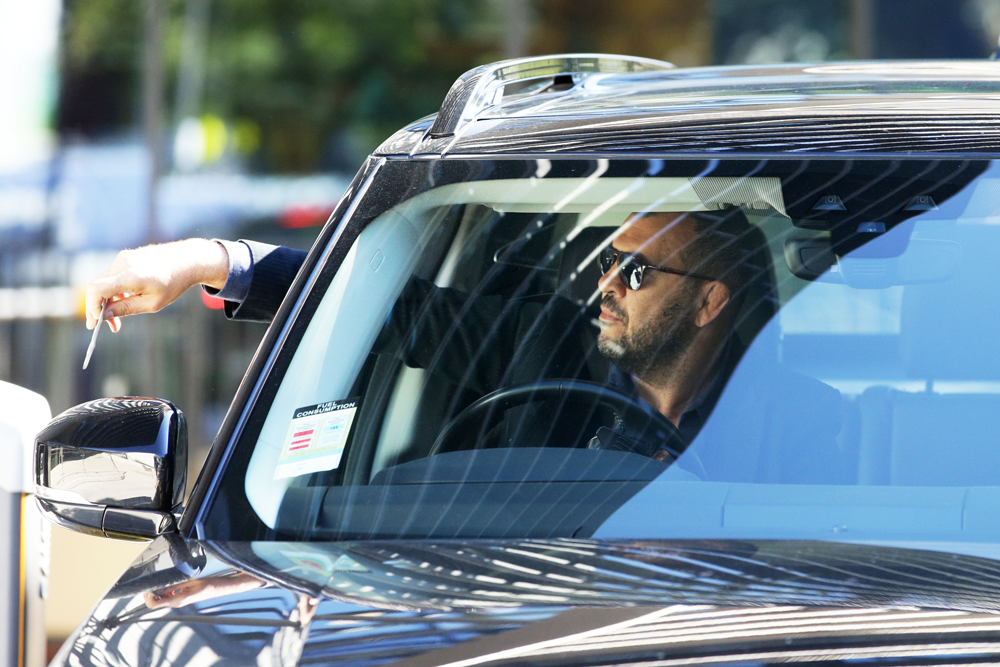 The process isn't likely to be cleanly finalised even when a verdict is made public, with both sides having options for appeals.

The Wallabies coach said last month that he wouldn't be able to select Folau again after this latest controversy and that his post was "disrespectful" in its tone.

"We had a discussion after the last time  and made it pretty clear about his right to believe and our support in that, if that’s what he wants, to be part of the team," he said at the time.

"But getting out in that disrespectful manner publicly is not what our team is about.

"When you play in the gold jersey we represent everyone in Australia, everyone.

"Everyone that is out there supporting us, we don't pick and choose."

The outcome of the hearing could range from Folau being free to return to training and playing with the Waratahs up to termination, with fines or suspensions also options depending on the verdict. 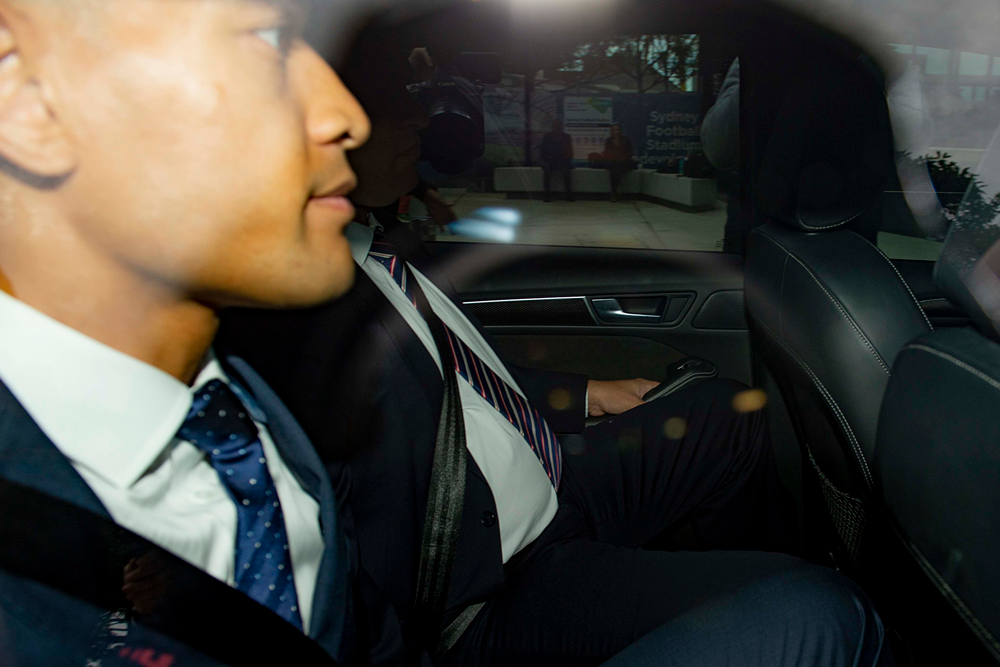 Former solicitor-general Justin Gleeson SC will represent Rugby Australia at the hearing while Adam Casselden SC has been enlisted as Folau's barrister.

There would be recourse for appeal for either side with the most likely path being through an appeals hearing with a new three-person panel.

An appeal would need to be lodged within 72 hours of the verdict being handed down and another hearing would likely not be for another week after that.

Beyond that, appeals could go to the Supreme Court, a process that could take months.