Wallabies coach Michael Cheika says his relationship with new boss Scott Johnson will be “straight forward stuff” and rejected calls for the Giteau Law to be scrapped because it keeps stars visible in Super Rugby.

In a second pre-recorded video released on the Wallabies social media channels, Cheika also took a swipe at “dramatic” critics by saying some narratives are pulled from the pages of a “Bold and the Beautiful” script.

Cheika came under heavy fire last year as the Wallabies slumped to their worst season in decades, winning only four games and losing 11.

Part Two of Coach's Corner with Cheik - and we hear about his new selection team of Scott Johnson and Michael O'Connor and the rise of @WelshRugbyUnion in the Six Nations #GoldBlooded pic.twitter.com/XRUyothLhm


"It's a game you love and it doesn’t matter how many bullets people want to throw at me, I still love it,” Cheika said on the video.

"That propensity to be dramatic, or over-dramatic, I am not really sure where that came from. Maybe there are a few people out there that need that to survive in their own world, everything has got to be drama.

"Truth is important and it usually comes out in the end.”

Cheika hasn’t spoken publicly since the end of the Spring Tour. He survived as coach but Johnson was appointed as the new Director of Rugby in December.

It is the first time in Australia that Cheika has answered to a DoR, and he will also have a new selection panel including Johnson and Mick O’Connor. 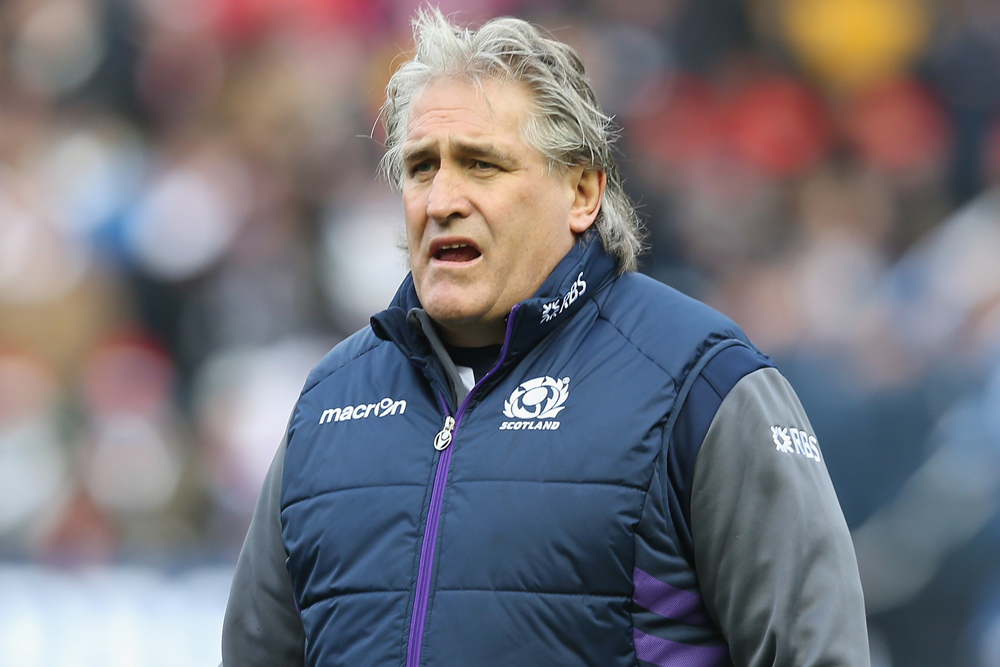 Cheika said he’d spoken with Johnson over summer holidays but had not caught up with during a recent study trip to the north, where he watched several Six Nations games.

Johnson is still employed by Scotland only officially begins with Rugby Australia at the end of the Six Nations in March.

“I saw Scott just causally over Christmas and he is not starting now for a bit yet,” Cheika said.

"I didn’t see him (on the trip), he is caught up with Scotland and getting that campaign over the line.

"It’s pretty straight forward stuff. I know it’s going to be another resource that we have going on in here. He will have a lot of stuff going on with the greater game, I suppose, as far as the picture is concerned there.”

Cheika said he’d also met with O’Connor, who said after being appointed that he’d contemplate moving David Pocock to no.7, and woudn't be afraid to voice his opinions around Cheika. 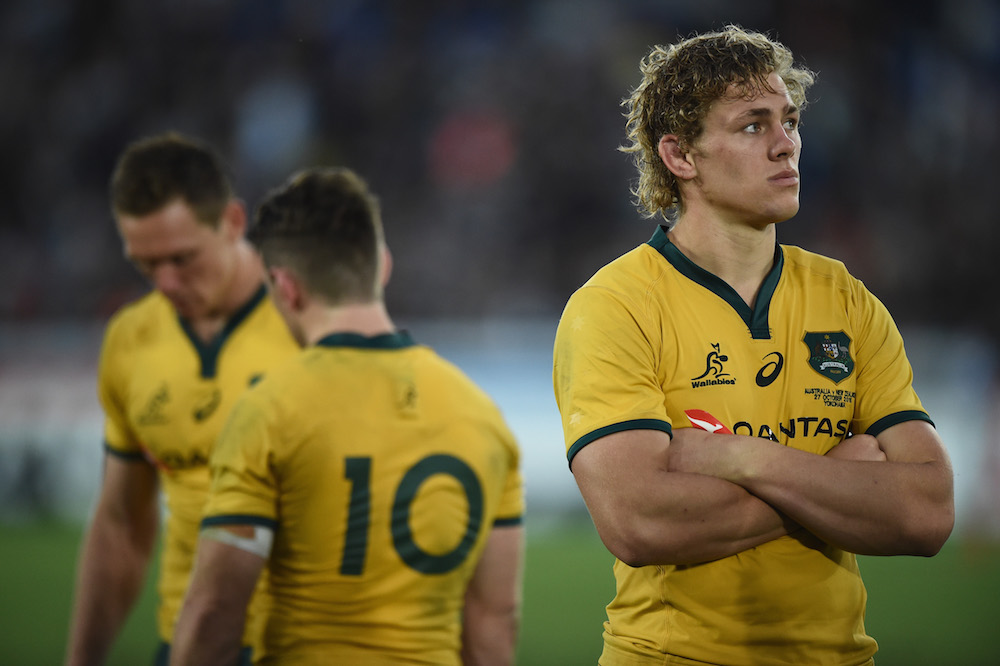 "I spoke with Michael (O’Connor)in here the other day, just to give him an idea of how we do thing around viewing, scouting and looking over the players in Super Rugby and what the differences are,” Cheika said.

"So for example, you might be looking at a defensive player and we’ll know the way all the four Super Rugby teams have their defensive systems set up and how that will differ to ours.

"Each one might be different in a certain way, so what to look for exactly there. Then when Scott gets back I am sure we will share ideas around that table and come up with the best selections and the best opportbuites as well. There might be some opportunities given to players throughout the season to show their hand.”

South Africa’s recent decision to scrap their 30-Test threshold and pick any player from overseas has prompted some calls for Australia to do the same.

But Cheika, who was instrumental in bringing in the 60-Test “Giteau Law” in 2015, said there was no need to change it.

“I think it is in the right spot. We have a lot of different mechanisms to encourage players to come back,” Cheika said.

"The key is to have the best quality players playing their rugby in Australia, or in Super Rugby, so our young players, our youth and our club players, they all have that to aspire to.

"We have to get that tournament out there so more kids can see it.

"We have a nice balance with the 60, because if a European team does want to take a player over 60 caps, it means they’ve got plenty of experience and plenty of quality, (but) they have to deal with the issue that they’re going to be away playing for Australia.

"There are not that many of them playing over there now, if we look, to be honest. There is really only, that is the current selection mix, (Tatafu) Polota-Nau.” 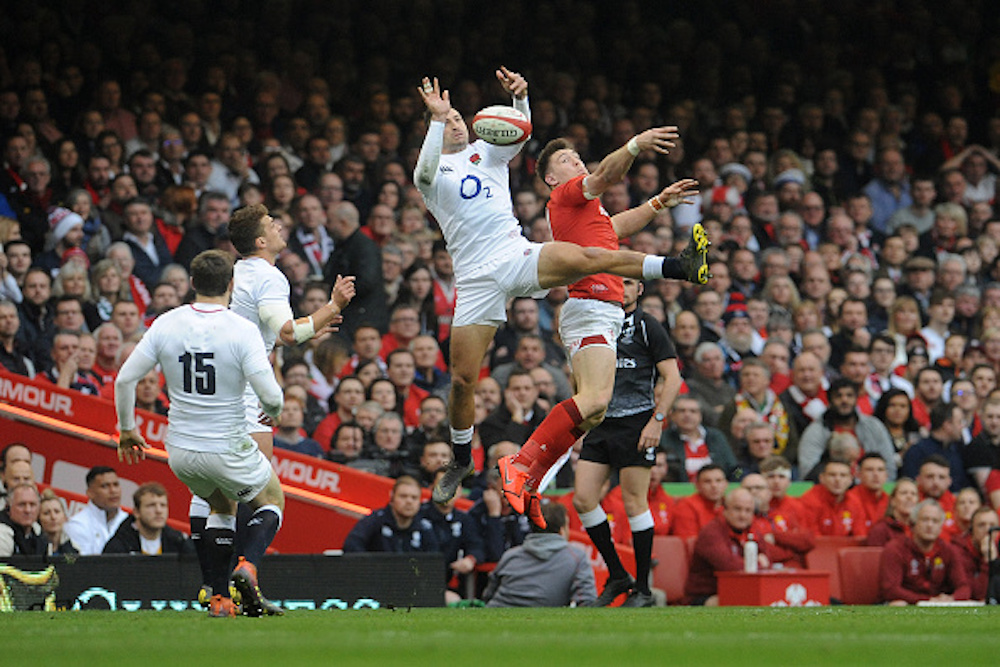 Cheika said he’d watched Wales, England and France games in the Six Nations and had found the trip valuable.

Wales are in Australia’s World Cup pool and England and France are potential quarter-final opponents.

"There is real intensity over there, Wales and England are both playing a strong, kick, defence, pressure game and they’re very good at it,” Cheika said.

"They’re applying a lot of pressure to teams and getting reward from that, trying to manoeuvre the play in behind by kicking into the backfield, attacking kicks as well as defensive kicks.

"A lot of box kicking and pressure from there. And then they’re playing with a lot of men in the line in defence, trying to come with a high-line pressure or ball-watching as they call it over there, and try to close you down before you can get any attack going.

"It gave me a really good sense of what’s important to those teams.”

The Wallabies’ drastic slide in performance last year saw them drop to no.6 in the world, and out of most people’s calculations for World Cup triumph.

Cheika believes that view and an underdog mentality can serve the team well.

"We have got ourselves good plan to build some momentum this year and I think that’s really important for us,” he said.

"Some things we might add into our game, on both sides of the ball, and start building with. And build ourselves some momentum and try to catch teams underestimating us a little bit.

"We will be going into the tournament, all the tournaments this year, both Rugby Championship and World Cup, as underdogs. We have to take advantage of that.”