She's spent her competitive sporting life in swimmers and a bathing cap but Brooke Gilroy craved the contact and team aspect that rugby could provide.

A former sprinter in the pool, the teen flyer will make her Super W debut for the Brumbies on the flank in their challenging season-opener against defending champions NSW on Saturday.

And while the Brumbies have named a trio of Wallaroos in their side, it could be the Year 12 student from Canberra's Daramalan College who turns out to be their greatest asset.

While she lined up at the national titles as a swimmer, rugby has long been Gilroy's passion and when her school finally entered a competitive team, her protective parents were unable to hold her back any longer.

"I wanted to do rugby ever since I was little," Gilroy said.

"I did competitive swimming and that was my main sport and I always asked my parents if I could play.

"They were like, 'No, wait until you're bigger and stronger'.

"And then my school finally put a team in and I told them I was playing.

"Since the first game, I've known that I loved it and I've wanted to pursue what can come." 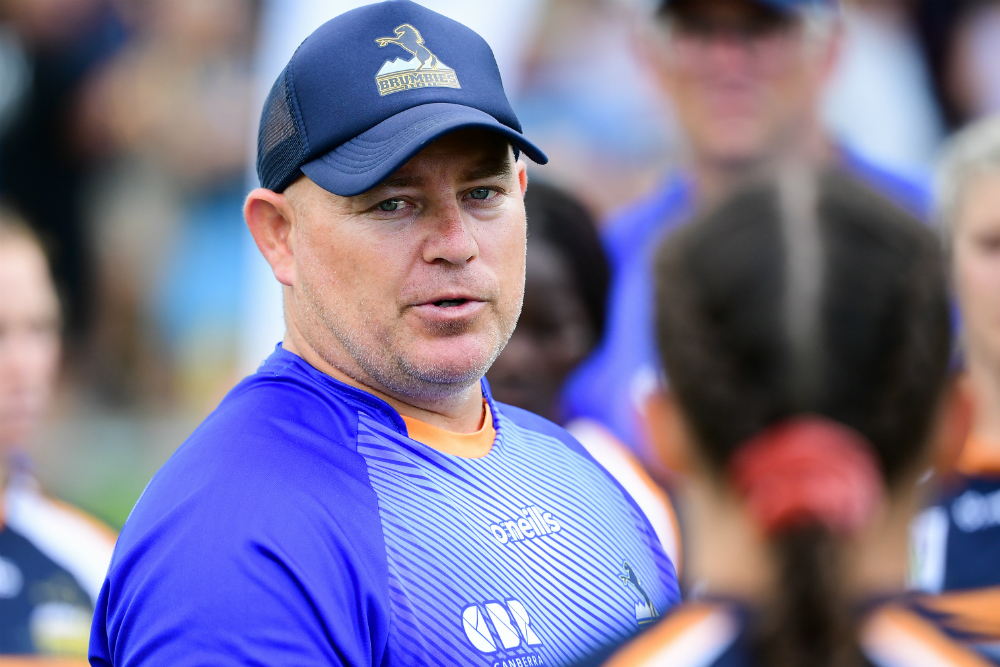 Gilroy plays both Sevens and XVs and while she got a close look at her heroes during the Commonwealth Games on the Gold Coast last year, she is bursting with pride at being able to represent the Brumbies in Super W.

"I was watching the (Brumbies) men all the time and then when there was a women's team last year and I watched them play at GIO Stadium, I loved it.

"(My debut) came a lot sooner than I thought.

"When the trial matches were on here to get into the team I wasn't sure whether I should trial or not.

"There were a lot of amazing women and I just thought I'd give it a crack.

"I tried it and then when I got in, I was like, I really want to do this now.

"It's amazing watching how much it's grown (in just one season)."

Congrats to everyone selected!
Make sure you get down early to GIO Stadium on Saturday night!

Gilroy and her teammates face a massive challenge against the defending champions and while coach Adam Butt respects NSW, he hopes his Brumbies can be competitive in the two-horse race.

"It's always tough playing NSW but Brumbies v NSW is always entertaining, it's always hard-fought and we always look forward to the challenge," he said.

"I'm expecting them to be pretty clinical, they'll know their game inside and out.

"Our plan's to get in their face and make it hard for them to play their game but at the same time set us up to play our game."

A debutant himself at this level, Butt backed fellow newcomer Gilroy to shine on debut.

"Brooke's got speed to burn, which is always great, and she's not afraid to get stuck into the contact and NSW are going to bring plenty of contact.

"In the last trial we had against them she stood up and her defence was excellent and that's what I expect from her again this weekend."

The Brumbies women take on NSW women on Saturday, February 23 at GIO Stadium kicking off at 5:00pm AEDT, LIVE on Kayo Sports and RUGBY.com.au radio and replayed on FOX SPORTS.