Rugby Australia and the Brumbies have put the freshly minted "Fighting Fund" to good use and staved off approaches from NRL clubs to land the prized signature of star Australian Schools flyhalf Reesjan Pasitoa.

RUGBY.com.au can reveal Pasitoa, who still has one year of school remaining at Nudgee College, will pack his bags and head to Canberra ahead of the 2020 Super Rugby season.

Very few schoolboys are rated highly enough to lock in a playing contract in Year 11 but Pasitoa is a rare talent himself and was one of the key targets for Rugby Australia to keep in the 15-man game under a new fund designed to stop rugby league poaching.

Rugby Australia boss Raelene Castle announced the "Fighting Fund" as part of the changes to Australia's high performance system, with money sourced from the national body and private donors used to keep the next Angus Crichton or Kalyn Ponga in rugby.

Pasitoa is one of six future stars already signed from the starting XV of Australian Schools and U18s side who wrapped up an excellent European tour overnight by beating Scotland U19s - the current Six Nations underage champions.


It's understood more than 25 promising junior rugby players across Australia have already been locked down.

As a big bodied, run-first No.10 Pasitoa has led Nudgee to consecutive GPS 1st XV premierships and will push for a rare triple crown in 2019.

The WA born flyhalf has the creativity, kicking game and size required to be a ready made factor at Super Rugby level and has showed as much for Nudgee, Queensland Schools and on the current Australian Schools and U18s tour of the UK.

He squeezed the similarly talented, Reds-bound Carter Gordon out of the starting XV which faced the Ireland U19s and Scotland U19s and played a starring role in both wins.

CHEIKA TO STAY AS WALLABIES COACH, JOHNSON JOINS AS DIRECTOR OF RUGBY

AUSSIE SCHOOLS & U18s FINISH TOUR ON A HIGH IN SCOTLAND

"They’re both outstanding footballers," he said.

"Reesjan certainly had a great game the other night and obviously Carter was our starting flyhalf against New Zealand.

"We’re very fortunate to have two quality flyhalves at our disposal." 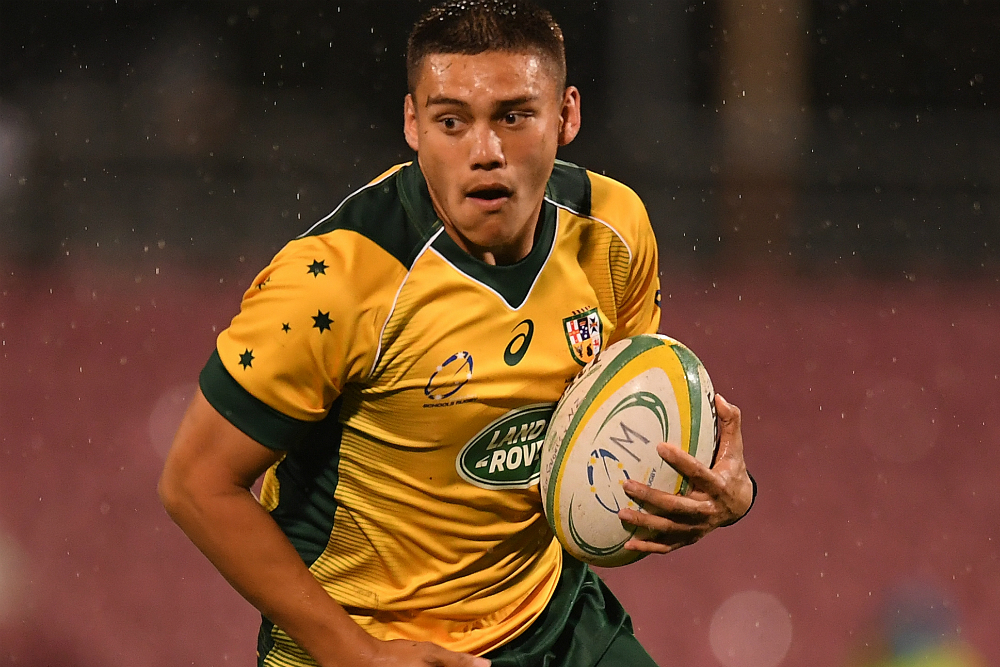 Brendan Jimenez is a similarly sought after name and it's understood RA are still striving to secure his services having been targeted by NRL clubs.

Each of the players on the tour must be top priority targets for RA as they were dominant in wins over Ireland U19s and Scotland U19s.

The latter tore through the 2018 Six Nations U18s to be crowned undefeated champions making the dominant display particularly eye catching.

Castle said the signings of the current crop of star schoolboys were just the beginning for the fund, which has been propped up by private donors.


"The money is a combination from Rugby Australia but we've got a number of donors, supporters of rugby in this country that want to see success and want to ensure we secure the best young talent and keep it here," Castle said.

"So, we've had a number of donors step forward.

"That will allow us to secure the talent we identify and make sure - we have competitors in this market and rugby league's one of those competitors - and we need to make sure we're in a position to secure that talent and keep them inside of rugby."