The Aussie Schools pair siding with rugby over league

Rugby has lost its fair share of schoolboy talent to rugby league in recent years but the Waratahs have turned the tide by securing highly-rated prospects Angus Bell and Will Harris.

Both Bell and Harris starred in their side's 53-10 win over Tonga at the weekend and are set for key roles in the Australian Schools' showdown with New Zealand Schools at Ballymore on Saturday.

Harris, a lock out of Sydney rugby nursery Scots College, was pursued hard by both the Melbourne Storm and South Sydney Rabbitohs.

The former have a history of turning players from the Australian schoolboy rugby team into NRL guns - Cooper Cronk, Will Chambers and Brodie Croft all attended Queensland rugby schools - while the former famously pinched Angus Crichton.

But Harris wanted to follow the path of fellow Scots alumni Jack Maddocks, rather than the one taken by Crichton, and dreams of one day wearing Wallaby gold.

"They were both really great both those clubs but I am really happy to be staying in rugby," Harris told RUGBY.com.au.

"It's the right decision for me. 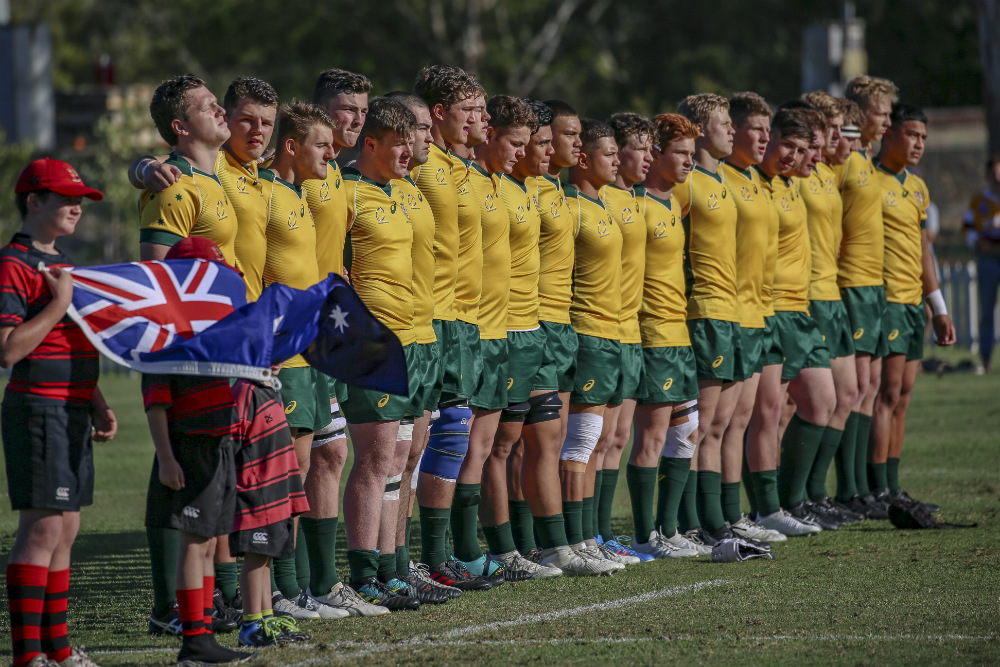 "It's a game that I love to play and I've been given a great opportunity to stay here and play it.

"Hopefully I can play for my country one day at the highest level."

Harris will be led onto Ballymore this Saturday by Bell - who also captained Newington's 1st XV and NSW Schools I this year.

Bell is a hard-edged loosehead prop who also could have crossed codes.

"I did get approached by clubs but my rugby is what I'm keen on and I really wanted to stay in Australia and stay in Sydney," he said.

"The coaching and the development through the U20s program seems like an extremely good pathway for me.

"Not only to grow as a player but as a person.

"It's a good platform and a good basis to build on rugby in Sydney and NSW."


Setting the platform for higher honours in years to come starts with an upset win against New Zealand on Saturday.

"I think we've mentally prepared really well and all the boys are keen to put on the Australian colours and I think we just have to bring that mindset in on Saturday," Harris said.

"We'll go in as underdogs but we have to take the mindset in that we are as good as New Zealand and never take a backward step."

And while Bell may be leading the charge come Saturday he looks across the ditch for leadership inspiration.

"Richie McCaw would probably be the person I look up to and his leadership," Bell said.

"He's a man of very little words and I think he leads by actions more than anything.

"He leads his team by example.

"Hopefully I can do the same on Saturday."