Wed, 06/06/2018, 7:00 amby Beth Newman
It's a tight race between Brandon Paenga-Amosa and Folau Fainga'a as they battle it out for the starting hooker role.

Uelese's season was ended by an ACL injury he suffered against the Blues last Saturday, with Cheika keeping Latu in Brisbane after the Waratahs' clash with the Reds as he mulled a replacement.

Latu hasn't started a Super Rugby game since round 15, 2017, and was out of favour in the Test fold last season, with questions around his fitness and attitude, but those have seemingly been addressed.

The 25-year-old has played just four times for the Waratahs this season, coming off the bench in the last three Super Rugby rounds, and showing some positive form for NSW. 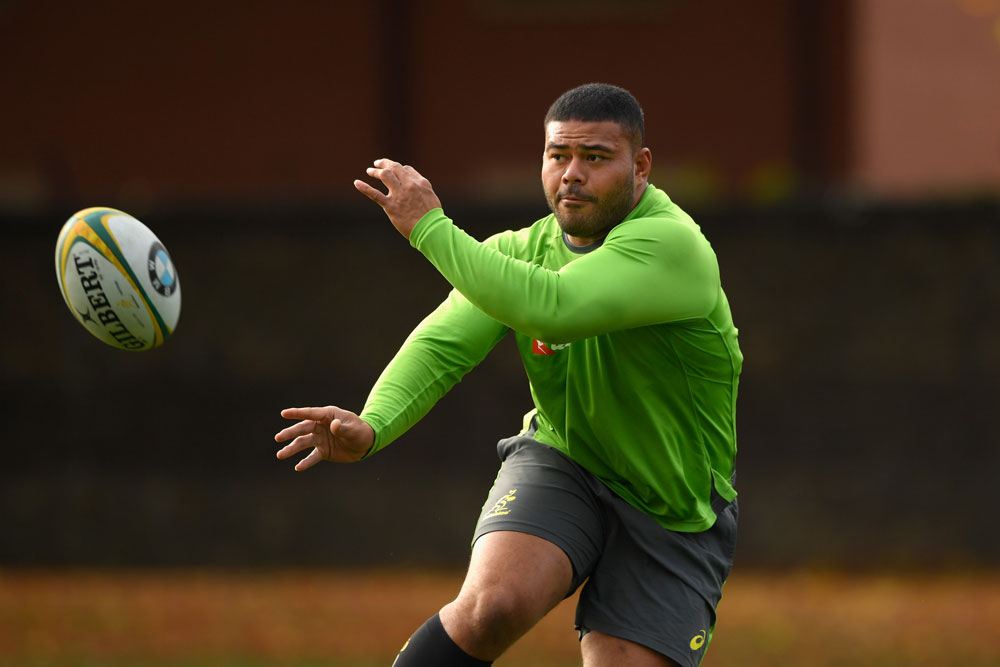 Latu will be the only capped Wallabies hooker in the squad, with four to his name, competing against Brandon Paenga-Amosa and Folau Faingaa for a spot in Saturday's matchday 23.

That experience was a major factor for Wallabies coach Michael Cheika in picking Latu in the squad.

“He’s been out of favour at the Tahs for a lot of the year and he’s coming back into favour a little. His two or three games he’s played, I think he’s had a good impact and he’s been excellent since he’s been in camp,” he said.

“He’ll be banking on his last few games of form but also his previous games for the Wallabies and I’m sure he’ll do well."

Cheika said Uelese's Rebels teammate Anaru Rangi was still a chance of being involved with the team despite being overlooked as a possible replacement.

"Right now he’s our most-capped hooker in Australia, so he’s got that little bit of experience playing in the big match atmosphere," he said.

“Anaru Rangi has had a really good season with Melbourne too so he’s definitely not out of the equation. I’m just keen for the two uncapped hookers (Paenga-Amosa and Fainga'a) to have a little experience around."

The Wallabies take on Ireland in a three-Test June Series, kicking off at Suncorp Stadium on Saturday June 9 at 8pm AEST, LIVE on FOX SPORTS and via RUGBY.com.au RADIO. Buy tickets here.