NRC round one: Team of the week

Mon, 04/09/2017, 2:52 amby Sam Phillips
Look back at some of the cracking tries from the first weekend of the NRC. Which one was your favourite?

The NRC kicked off with a bang at the weekend, with plenty of points scored and players from each club putting stellar performances together.

So, who stood out from the rest of the chasing pack?

Here's the team of the week from round one.

Scored an early five pointer and was part of a Spirit pack that dominated the Rising up front.

Carried the ball well off Michael Ruru and was one third of a front row that mauled the Rising scrum.

Rams skipper Jed Holloway predicted a big season for the Tahs hooker and he looks to be on the money.

Roach was all over Eagles ball at the breakdown, scrummaged extremely well and delivered repeated perfect throws at lineout time. 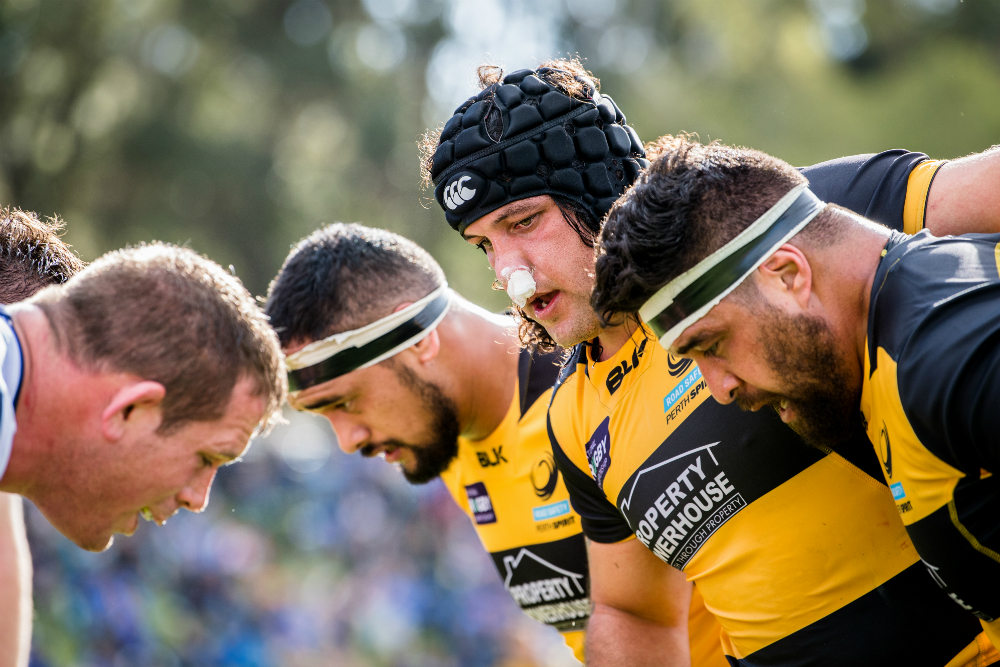 Notched a double and like Cowan, dominated at scrum time.

Also carried really well off Michael Ruru, showing good leg drive through contact to get over the gain line.

Was awarded man of the match yesterday and that's simply because he was in everything.

Was hitting rucks, both in attack and defence, all day and was sticking his hand up to carry off Ruru and Jono Lance all afternoon.

Orchestrated the lineout well and led the line speed of his side defensively.

A huge afternoon for the 23-year-old.


A terrific return to rugby for one of Australian rugby's brightest young talents.

Saturday's start was his first since the Reds' last match, against the Blues in Samoa in early June, following a knee cleanout that kept him out of the first two Bledisloe Cup squads.

But he has come back in terrific shape, leading a City forward pack that set a superb platform for Quade Cooper and co.

Tui's best asset is his ball running and that was crystal clear on Saturday.

He was shedding tackles at will, offloading to set up opportunities for teammates and that's the kind of return Michael Cheika would have wanted to see.

Part of a dominant Rams forward pack that won the physicality battle up front and set the platform for Mack Mason to release his outside backs.

Like Philip, made his impact known at the furnace and was rewarded with a five pointer.

Was Fiji's best in a performance that was probably flattered by the final scoreline.

Attacked the breakdown and didn't allow Moses Sorovi and Cooper to have things all their own way, in terms of getting consistently clean ball.


The Spirit's chief destroyer with ball in hand.

One run in the second half typified his performance, as he dragged defenders 40 metres up field, pumping his legs throughout.

Never stops putting his hand up to carry and looks to have picked up where he left off at the end of the Force's season. 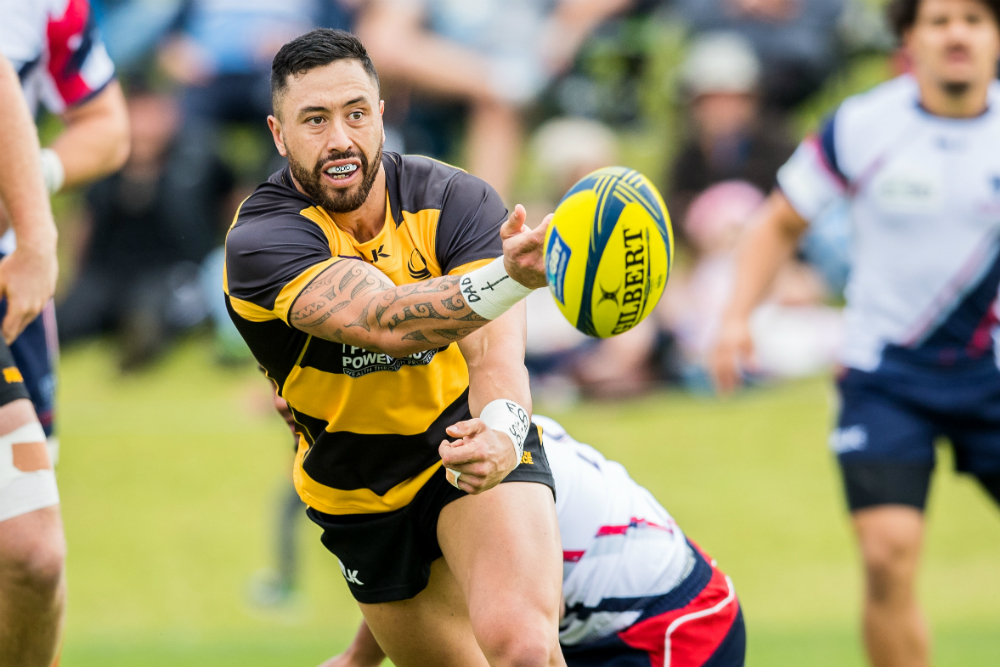 Commanded the Spirit pack and orchestrated the attack which produced 45 points.

There is no halfback as dangerous when given clean ball as his service is always sharp and the options he takes are always astute.

Seems to be a step or two ahead of the opposition when running the attack from the base of the breakdown.

Where the Spirit relied on Ruru to run the show, the Rams have clearly given Mason the keys to the kingdom.

Life was made very easy by a commanding forward pack but the way he controlled the pace of the game and kicked in general play never allowed the Eagles to geton the front foot.

A big campaign appears to be on the cards.

Both Fidow and Koroibete played on the right wing but they both have to feature here.

City coach Mick Heenan was complimentary of Fidow's City debut and deservedly so.

The Wests Bulldogs products scored a hat trick and it was the quality of his finishes that caught the eye.

It's a shame he has already played Sevens for Samoa, as he looks to be a player with a big future. 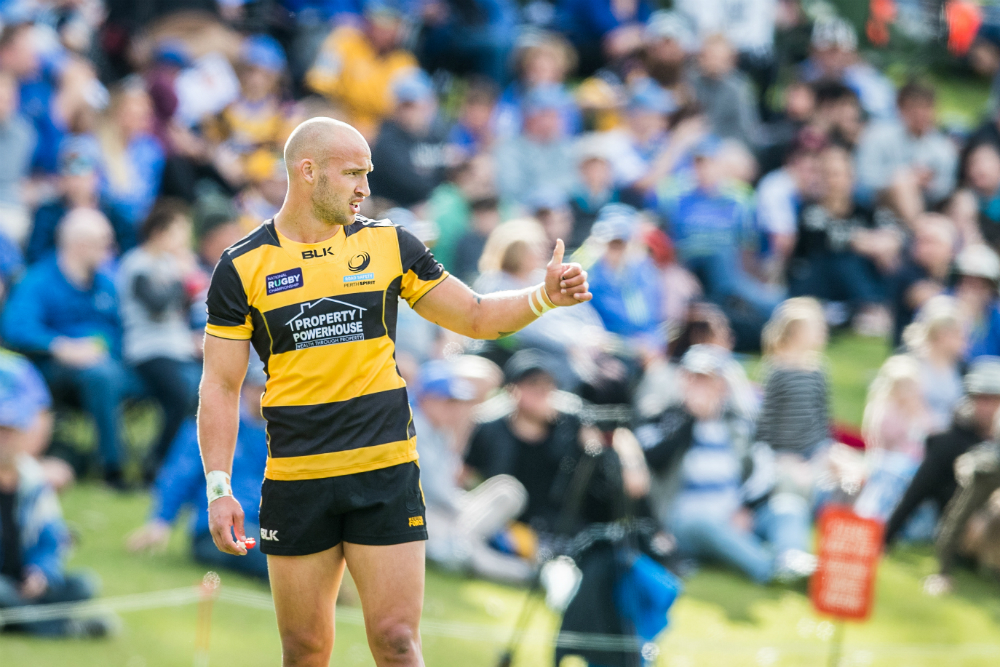 Thought he was the Spirit's best yesterday, with all due respect to Philip and Naisarani.

Had a huge game in defence and threatened to break the line with every carry.

His link play outside Lance seems to get better with each start and that will be a big tick in the eyes of Cheika, should he ever need a replacement for Kurtley Beale in the near future.

A big return to rugby for Kerevi, who needed to come back with a bang after being dropped for the second Bledisloe.

Produced his usual prolific output with ball in hand but looked to be fitter and therefore less of a liability in defence, which was why Tevita Kuridrani was preferred to him for the Dunedin Test.

Probably not a performance that puts him back in the Wallabies best XV but he will only be better for the run.

Looked a class above when he got the ball in his hands.

Was a nightmare for Spirit defenders and scored a brace through support lines, which is an encouraging sign.

Still needs to work on defensive positioning but that will come, with more minutes in the NRC.

Maddock showed, once again, why there are such big wraps on him with another brilliant performance.

He has a great turn of foot off the mark, always provides support in attack, repeatedly breaks tackles, has a great pass on either side and fights through contact.

His defensive positioning is rarely wrong, kicks well in general play and as a 20-year-old fullback, there is still so much more to come.