The Wallabies 'bromance' that began with a BB gun

by Beth Newman
Sean McMahon and Nick Frisby have a laugh

Sean McMahon and Nick Frisby have become inseparable on Wallabies trips but their blossoming ‘bromance’ had a painful introduction for McMahon.

The pair met when playing in the 2012 Australia U20s, at the World Cup in South Africa, becoming fast friends, bonding over a mutual irreverence.

“He actually shot me with a BB gun when I was walking down the hall and he tasered me. Twice,” McMahon recalled. 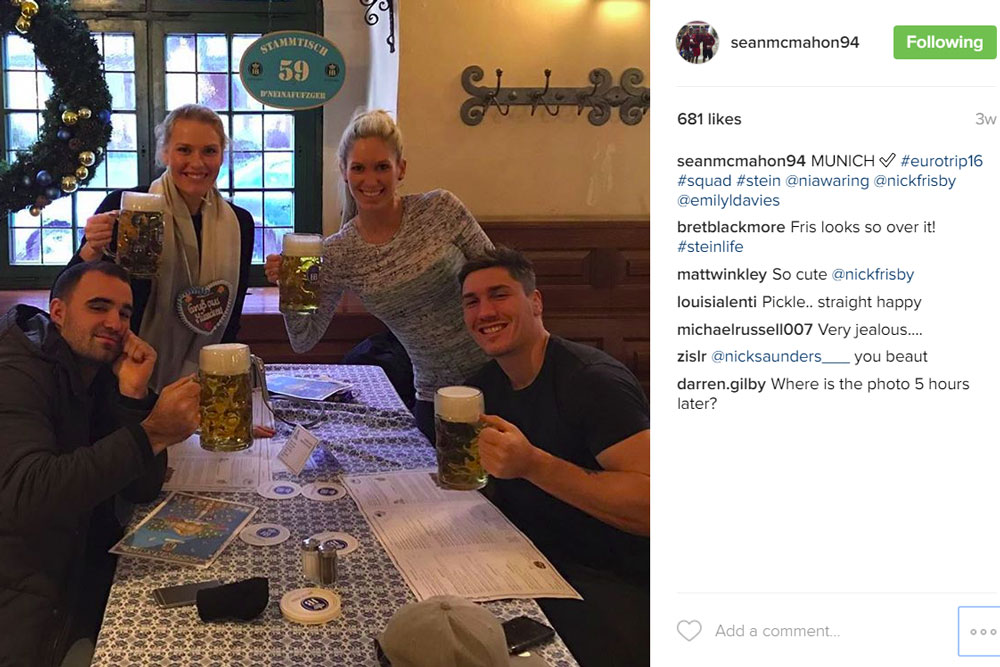 “In South Africa you can buy basically anything from a corner store or any type of shop really, so there was BB guns and tasers for sale and we thought, ‘Oh, okay, this is a great idea'.

That great idea turned into a humourous, if pretty painful anecdote for the loose forward, after a late night card game.

“We ended up playing cards and I was walking away. Obviously it was a bit hot, my shirt was off and he just pops out and lays one into my back and it actually dropped me,” he laughed.


Four years later, the pair are now Wallabies, McMahon having cut his teeth in Sevens before signing with the Rebels and Frisby biding his time in Super Rugby, learning off Will Genia at the Reds.

“I was playing a bit of Sevens then, kind of thought I'd be still there for a while, especially at that age and to be where we are now, here in the Wallabies and getting the opportunities that we're getting is still pretty hard to explain the feelings,” he said.

“Every time you get the opportunity to pull on the jersey or go on the training pitch with such elite players, it's quite unexplainable, it's a touching feeling thinking that all that work has paid off and you're finally getting the chance that you've been dreaming about since you were in high school.”


McMahon made his Wallabies debut in 2014 but Frisby’s chance was not as forthcoming, with the 24-year-old coming off the bench for his first Test, in Brisbane against England.

“It's been awesome. It's been everything I expected it would be and I had to wait a while to get my shot and it's just all the more rewarding that the hard work's paid off,” he says.

“To be here and to be here consistently now is something I'm really proud of and again like Sean said, to be able to share it with him and some of the other boys who you're really close mates with that have been a part of your journey the whole way, it's really special.”