Men go undefeated in Dubai on Day One

The Australian Men’s Sevens team have kicked-off their 2016-17 campaign in style with three wins from three starts on Day One in Dubai.

With more than a few new faces and part of a tricky Pool D that featured, Kenya, Japan and Olympic-nemesis France, many had been unsure what to expect.

However, with five debutants standing tall and the experience of four Olympians, the Australians found themselves on top of their Pool with an undefeated start.

Despite the three wins, it was a shaky start for the Men who came up against a fired up and fast Japanese outfit that took it to them in the opening stanza.

The Aussies crossed first through Henry Hutchison before the Japanese side hit back to lead just before halftime, until squad veteran James Stannard broke the line and set-up Hutchison for his second of the half. 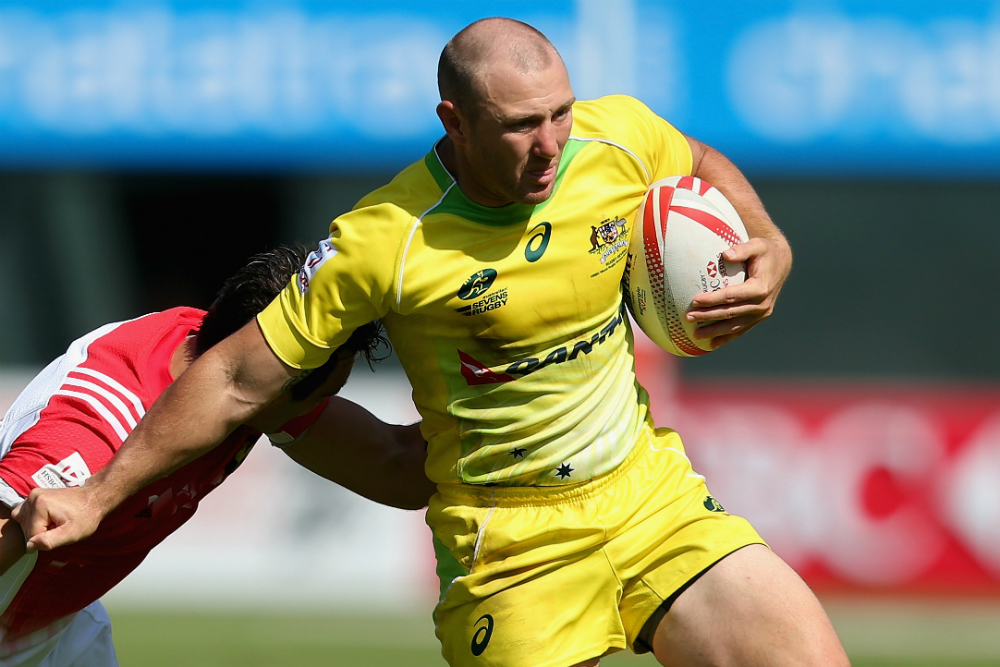 World Series debutant, Mick Adams got his name on the scoresheet just after the break, but the Japanese scored shortly after to keep themselves in the hunt and that ensured a tight finish.

The Australians eventually got away with a tight 19-14 win to start the day.

The second game saw the men turn up the heat, exacting revenge for their Olympic defeat to France with a comprehensive 28-0 win.

The fresh faces showed head coach, Andy Friend they have plenty to offer as Simon Kennewell went on his own to open the scoring and Adams again showed plenty of strength and speed to cross twice more in what was turning out to be a great first day in Australian colours at a World Series event.

Their third encounter of the day was against a hot and cold Kenya who had mixed results in their opening two games and were looking to secure a Cup finals berth with a win over the Australians.

It turned out to be the most physical match of the day, with former skipper Ed Jenkins crashing over in the corner to open the scoring.


They doubled their lead shortly after when they seized an opportunity to counter-attack from a turnover, allowing Charlie Taylor to open his World Series try-scoring account.

An awkward lifting tackle saw Hutchison sent to the sin-bin just before half-time and Kenya took full advantage of their extra man to score and head to the break trailing by just three.

It was a tense second seven minutes with a five-pointer from Billy Odhiambo giving the Kenyans the lead with just three minutes to go, but the Australians rallied to score after the siren, Taylor getting his second to seal the 17-12 victory and maintain their perfect start.

Head Coach Andy Friend was buoyed by his side's Day One performance and the contribution of the squad's next wave of talent.

“I’m stoked with the performance, I thought the boys were outstanding today,” Friend said . 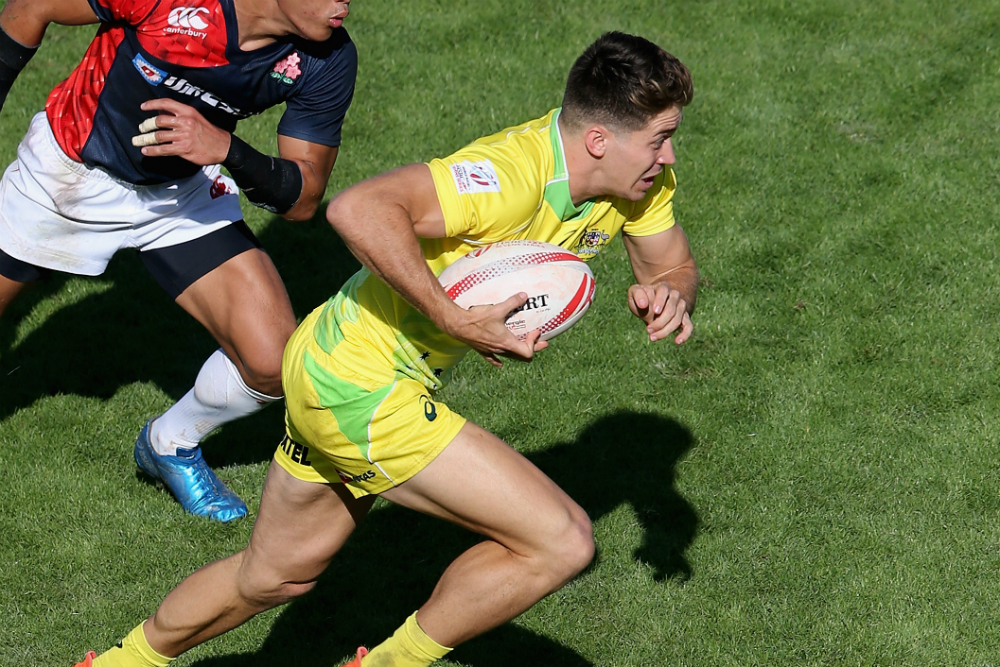 “I thought they (the debutants) were all good. I thought Simon Kennewell was impressive, Sam Caslick was dangerous with the football and Mick Adams looked the most dangerous out of all of them. All five of them were really impressive and it made for a really pleasing day.”

The Aussies will take on Wales in their quarter-final at 6:44pm AEDT tonight after the Welsh finished second in Pool A.

“Any quarter-final’s going to be a tough game but the pleasing part for us is that we’ve put ourselves in that No.1 spot in our pool,” Friend said.

“But we can’t just think that Day One form is going to roll into Day Two because it doesn’t always happen that way, we need to make sure that we recover well and start the day fresh against Wales with a game plan and focus on knocking them off.”