The 2016 John Eales Medal as it happened

rugby.com.au's LIVE broadcast will commence at 6:45PM AEDT, with all the red carpet, player interviews and latest news from the event. 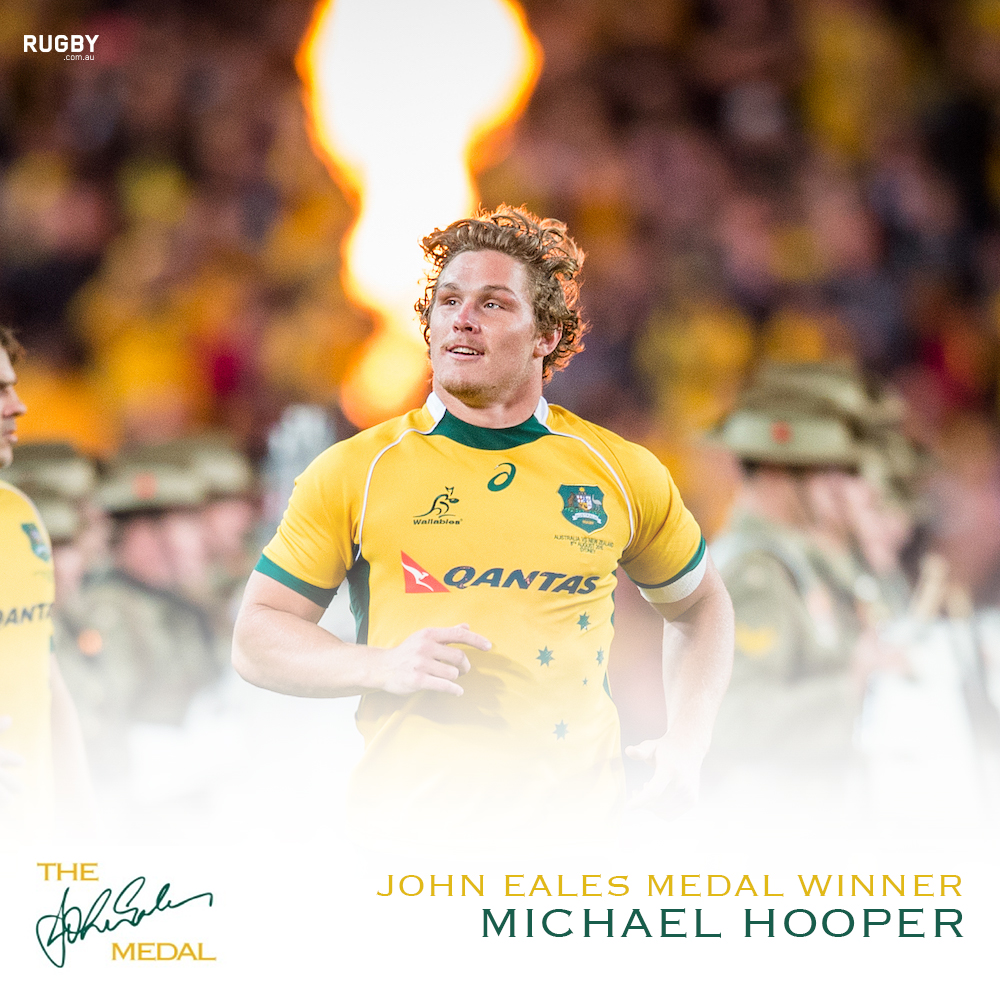 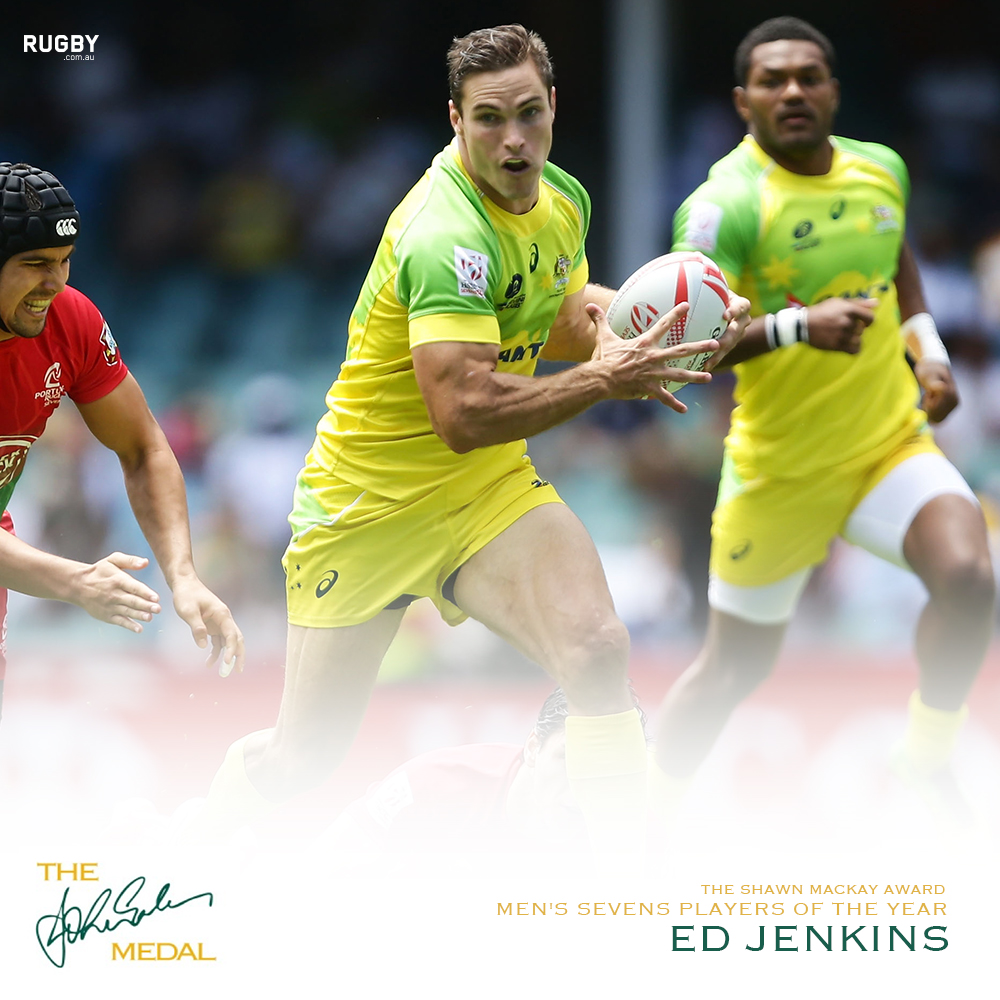 Ed Jenkins is the most-capped Australian Sevens player of all time and has topped the tally to win the men's Sevens Player of the Year award. 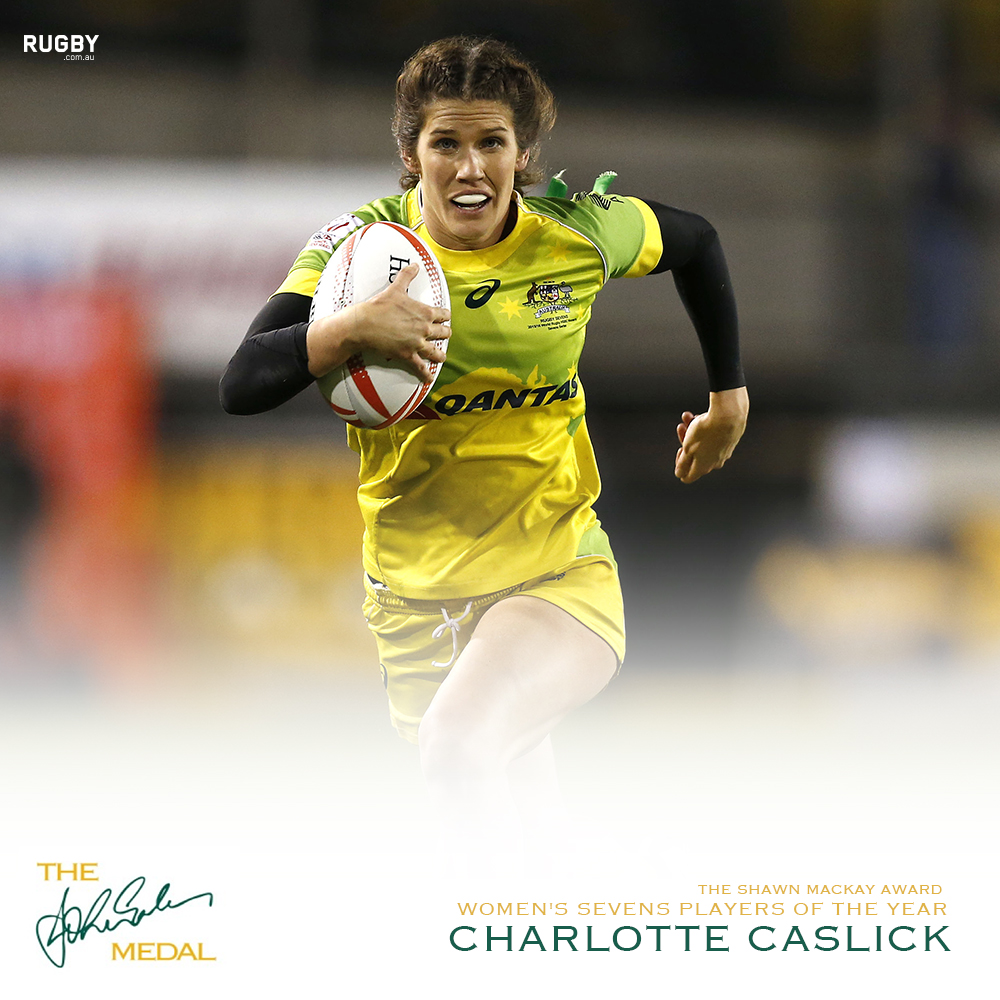 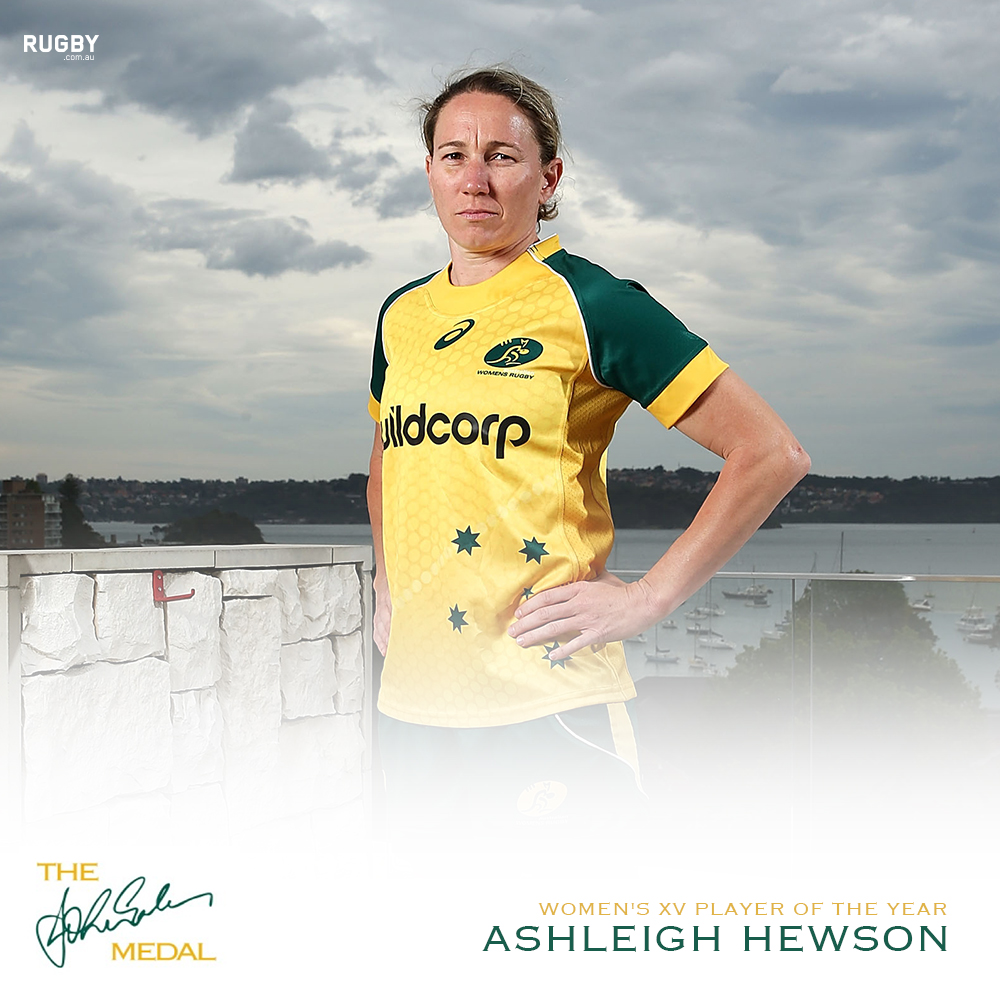 Wallaroos captain Ash Hewson has claimed the Women's XVs Player of the Year. Hewson steered Sydney Uni to a second straight national championship this season and was a star in their recent two-Test series against New Zealand. The veteran of the side scored all their points against New Zealand in that series.

Drew Mitchell wins the gong for his hand in Adam Ashley-Cooper's try and takes the cake for best acceptance speech - popping a bottle of Dom Perignon! 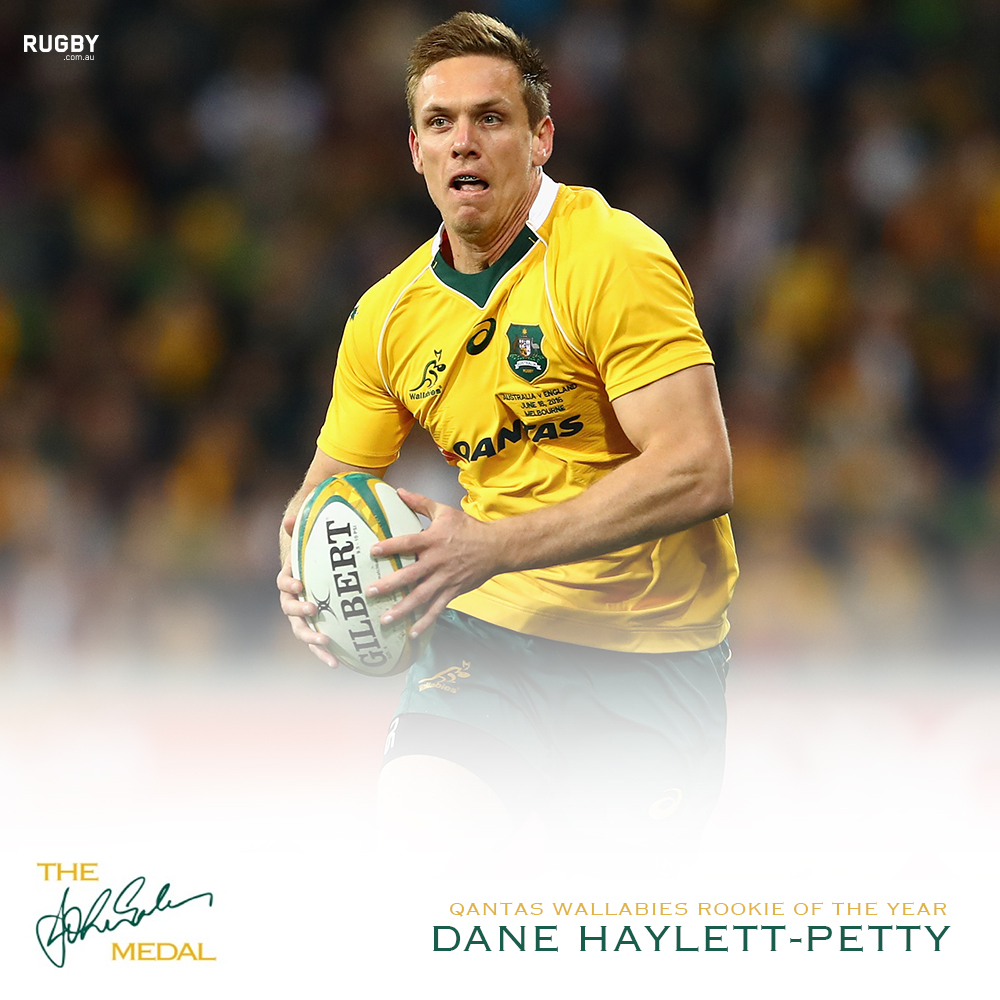 Dane Haylett-Petty has played 10 Tests in his debut season, scoring two tries in that. He is the only Wallabies debutant to start every Test this season and has found his feet out of position on the wing. The 27-year-old had a few to beat too, with 11 2016 debutants. A late bloomer when it comes to Tests but looks to have made his mark.

We have a new leader! 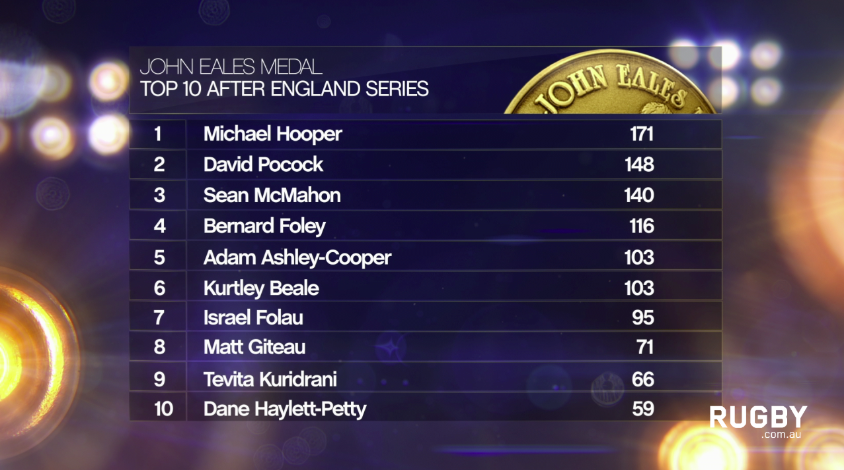 Michael Hooper has taken the lead in the John Eales Medal but it's Nick Frisby who is the MVP at this point, lighting up the rugby.com.au stream and letting the cat out of the bag about who injured Michael Cheika's shoulder...It was star fullback Israel Folau! 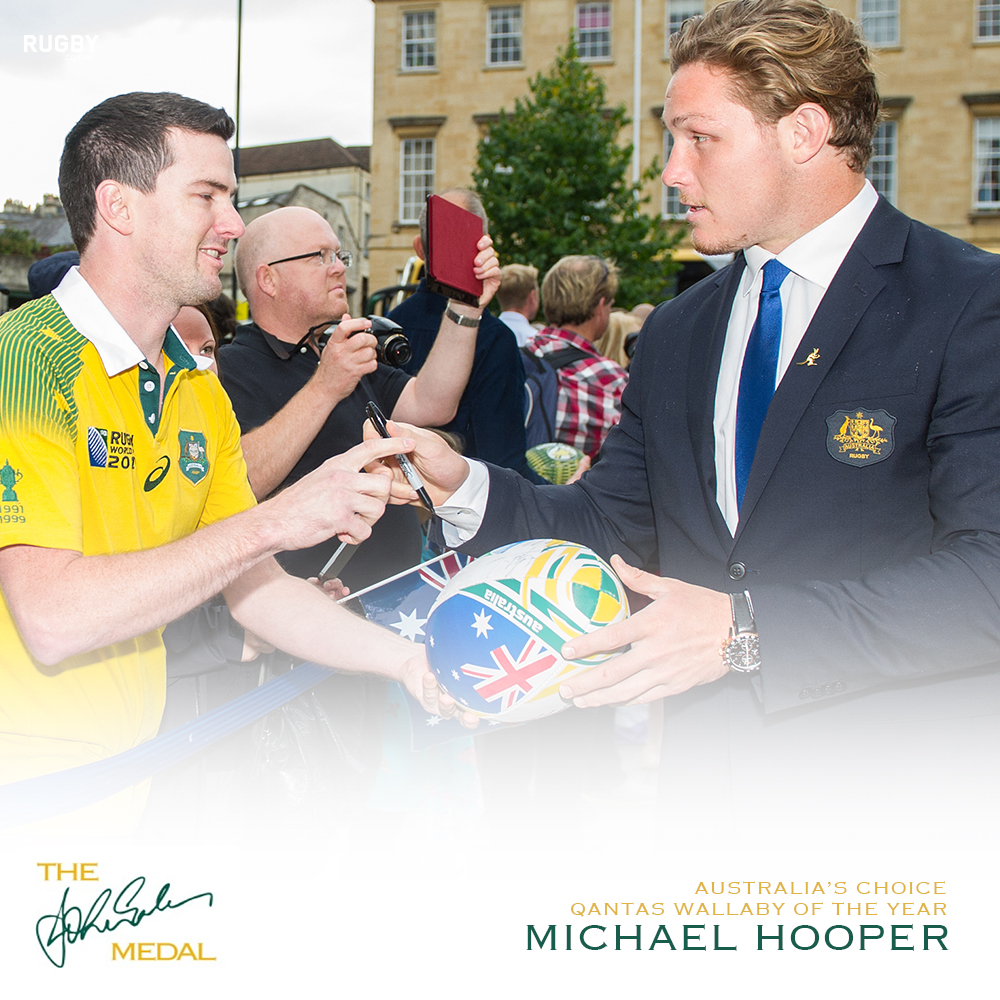 Michael Hooper has been voted as the fan's player of the year. An omen for the awards to come? 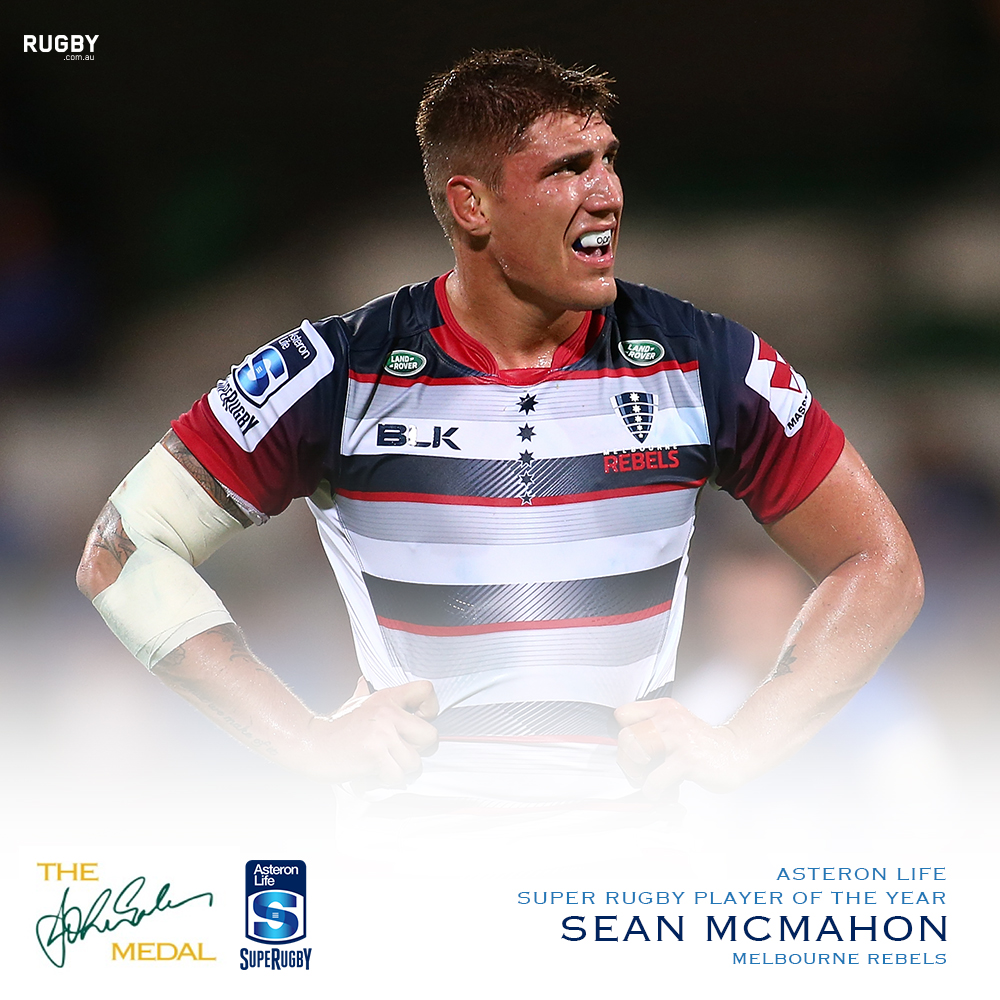 Nick Frisby played the major hand in Jake McIntyre's epic Queensland Reds try. He was quick to pay tribute to one of his other nominees, Luke Morahan, who just missed out on the gong. Frisby's optimistic about 2017 for the Reds.

The @redsrugby have claimed the Australian @superrugby try of the year, with Nick Frisby accepting the award. #JEM 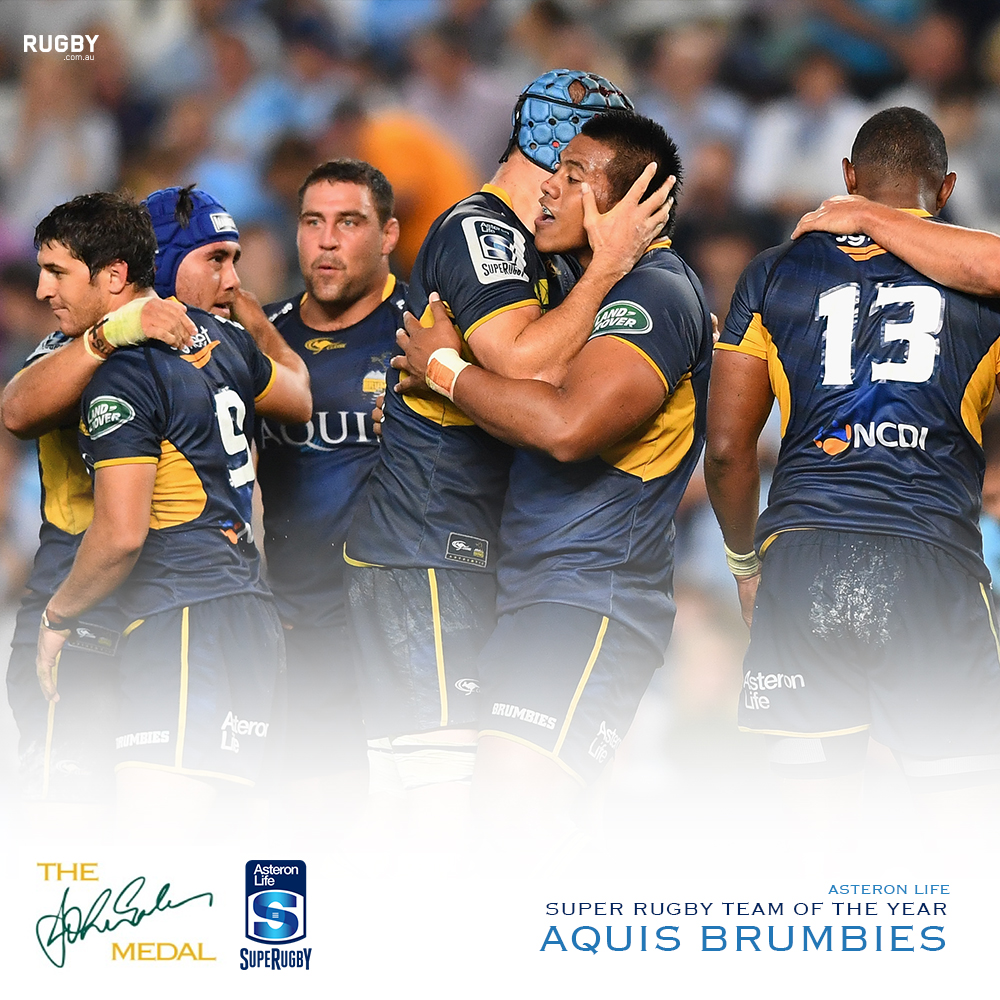 The Brumbies made the Super Rugby finals for the fourth time in as many years, with their Australian conference win nabbing them team of the year. 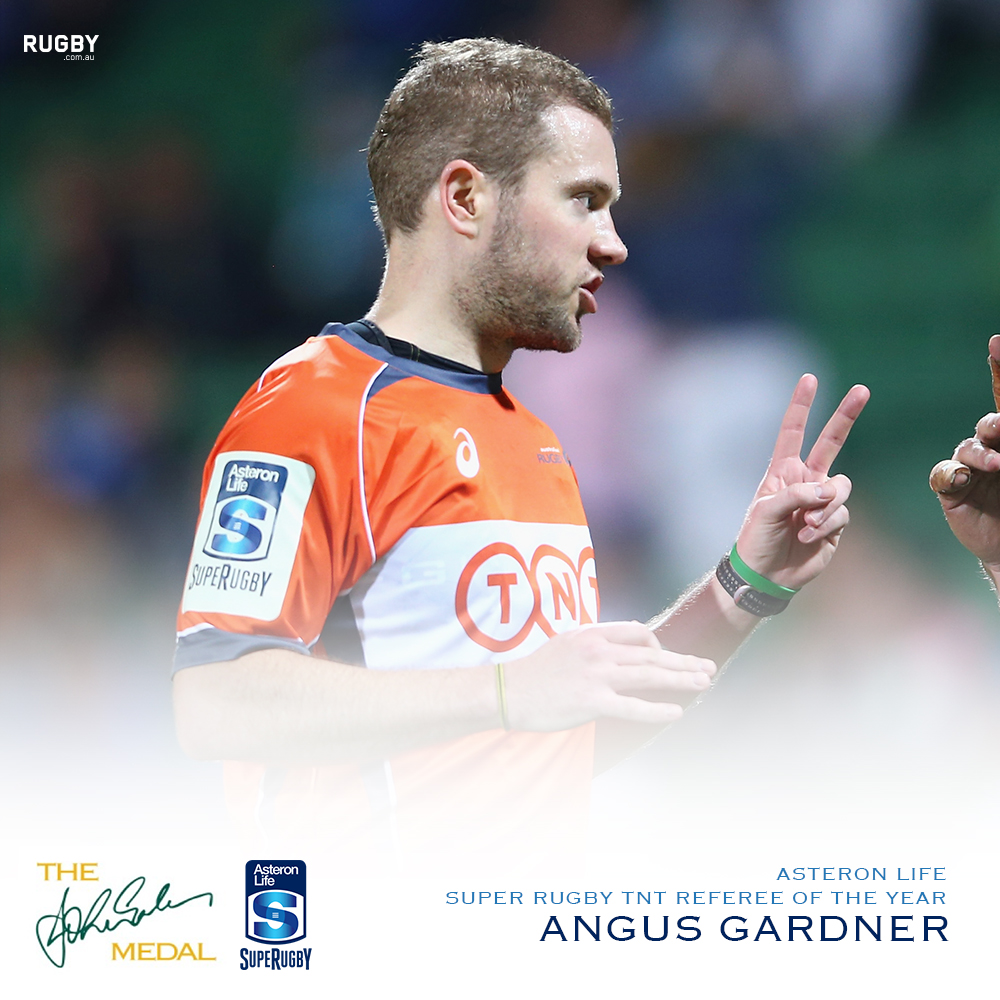 Angus Gardner will become the first Australian to referee four international matches in one season, winning his second award of the night, scooping the referee awards. 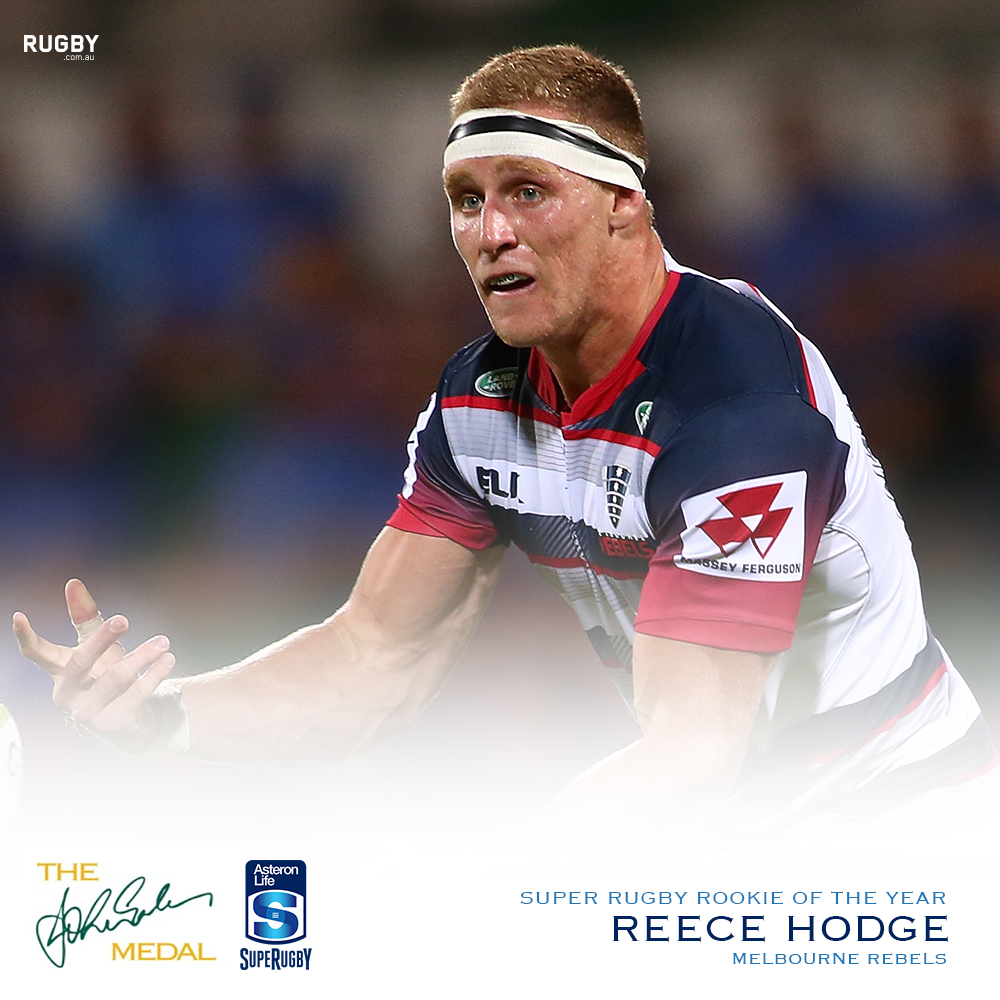 Reece Hodge's breakout season has been rewarded with the Rookie of the Year gong. He was a runaway winner of this one, in a year that helped him to Wallabies selection. 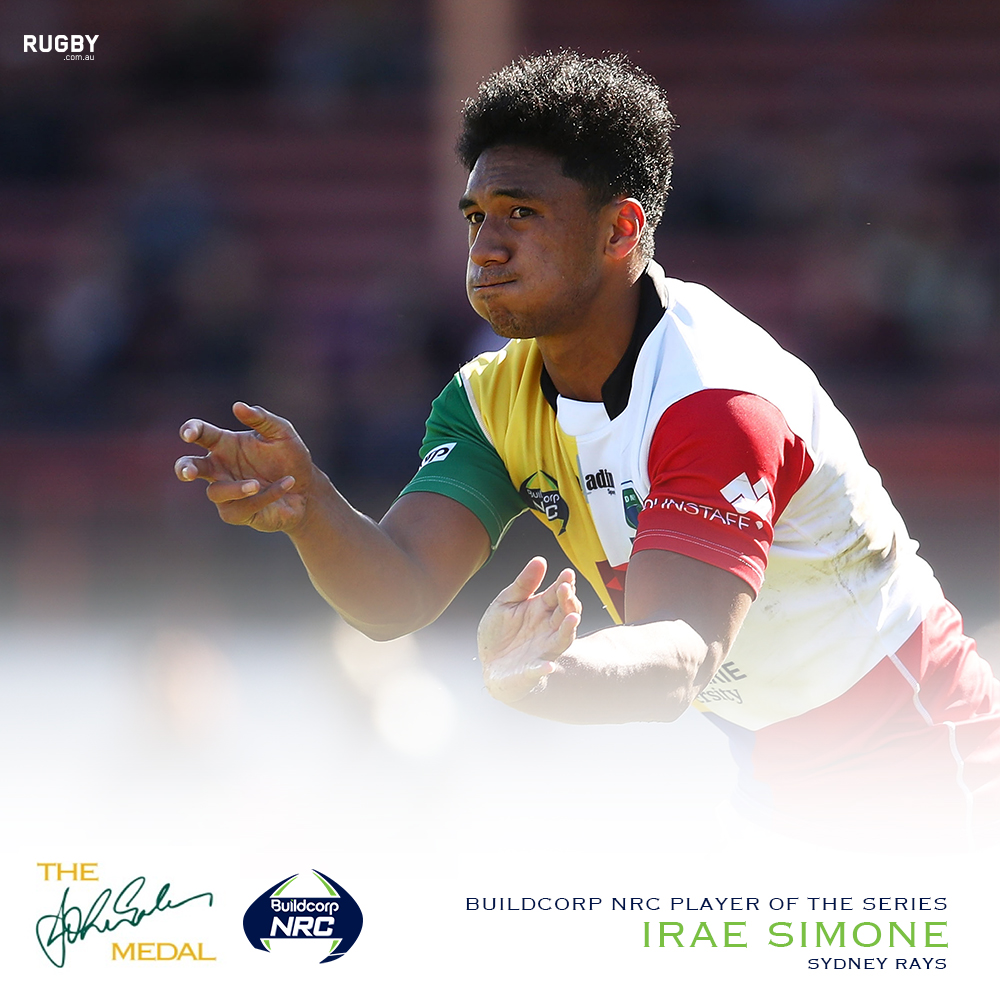 Irae Simone lit up the NRC in 2016 and beat out fellow nominees Jake Gordon (NSW Country Eagles) and reigning winner Jono Lance. Simone's award was the Shute Shield Rookie of the Year and has earned himself a 2017 Super Rugby contract. 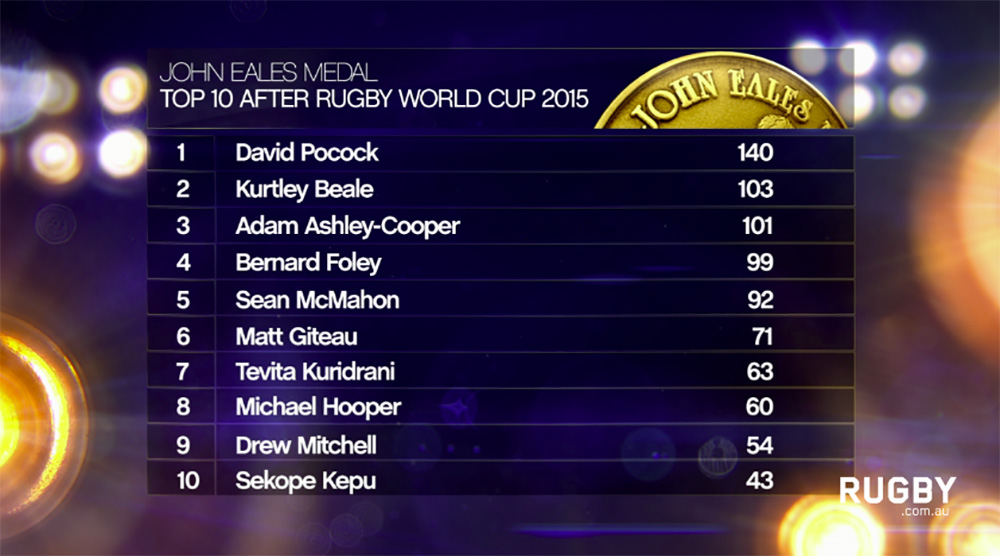 The Red Carpet pics are in! Take a look at some of the Wallabies and their partners. 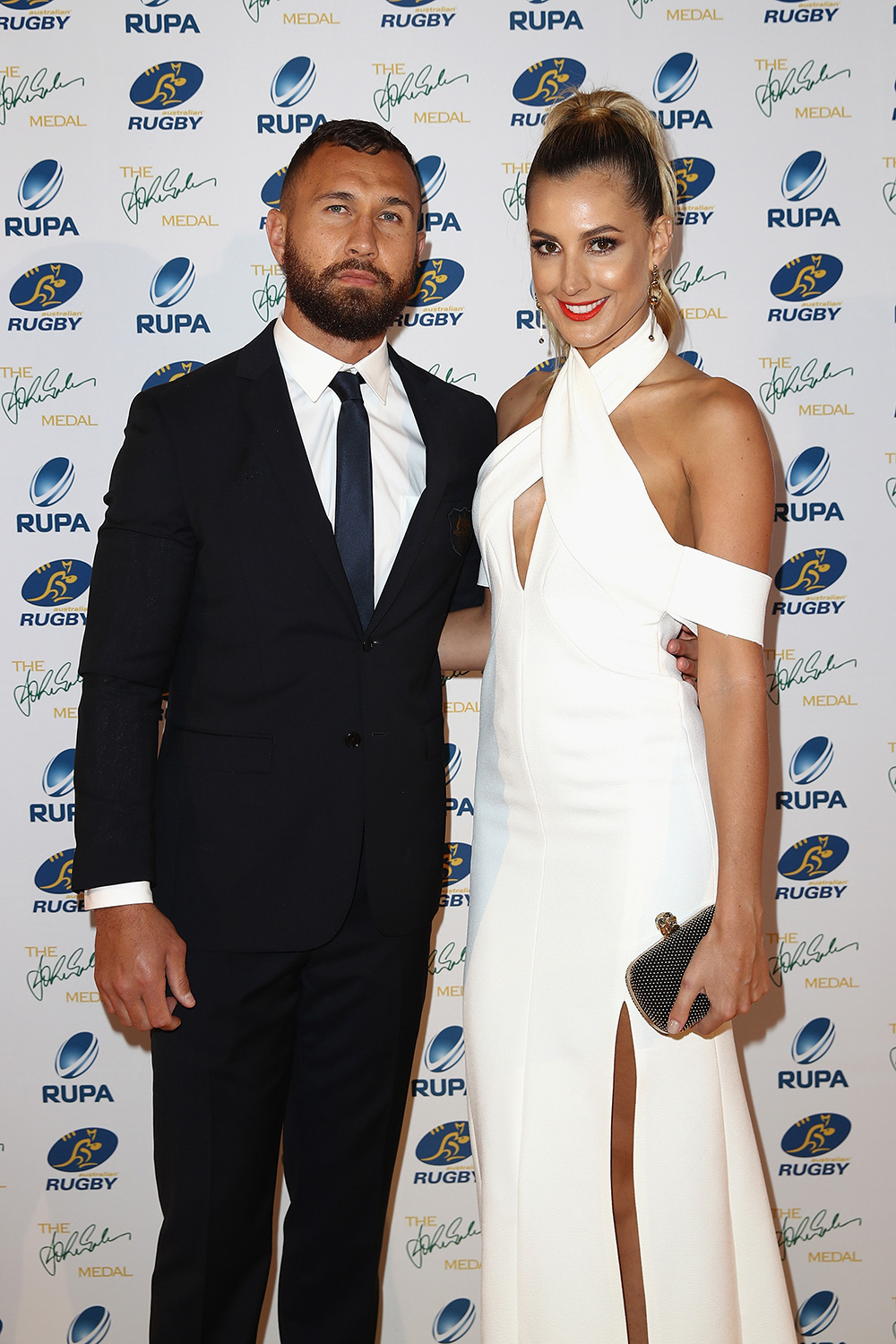 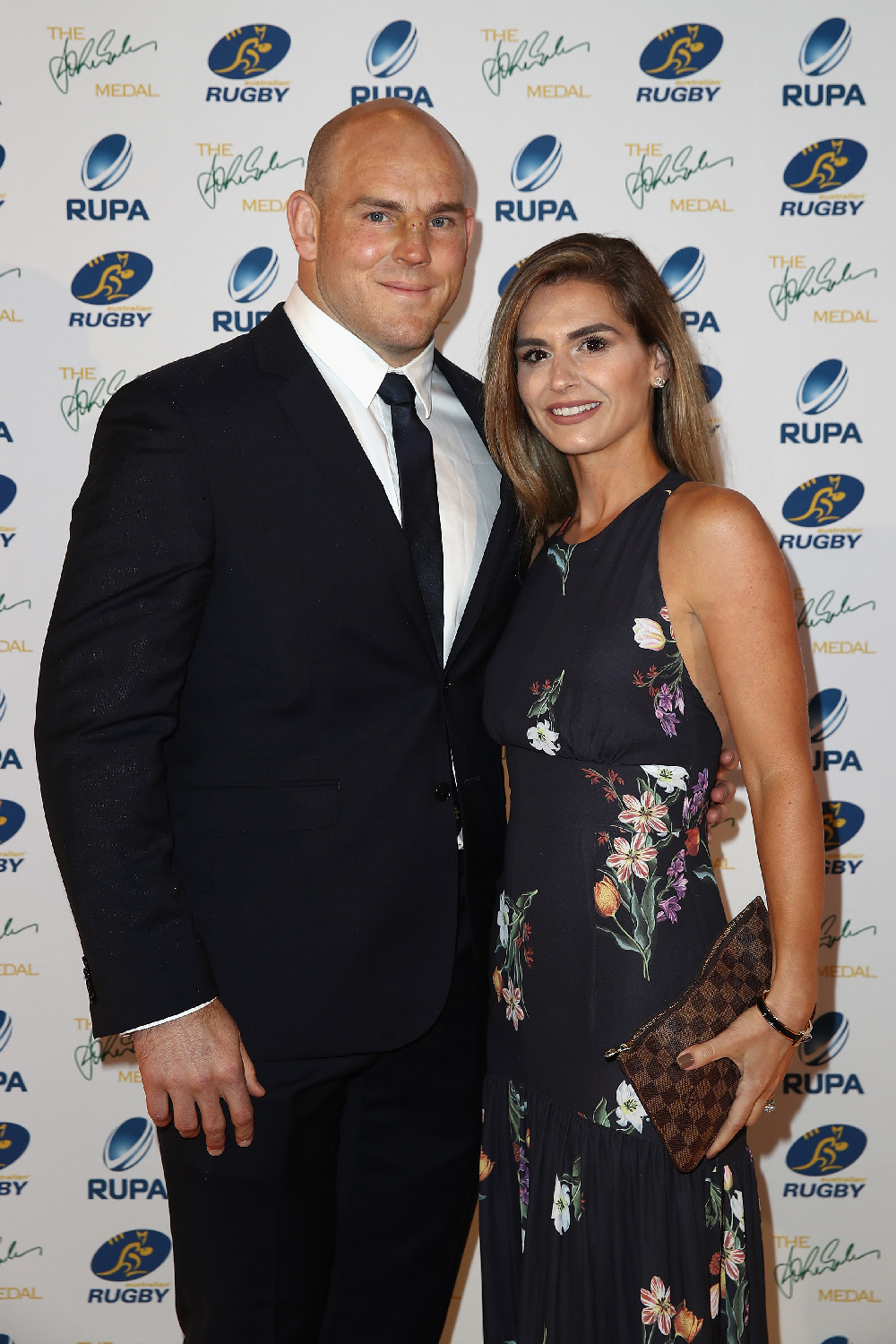 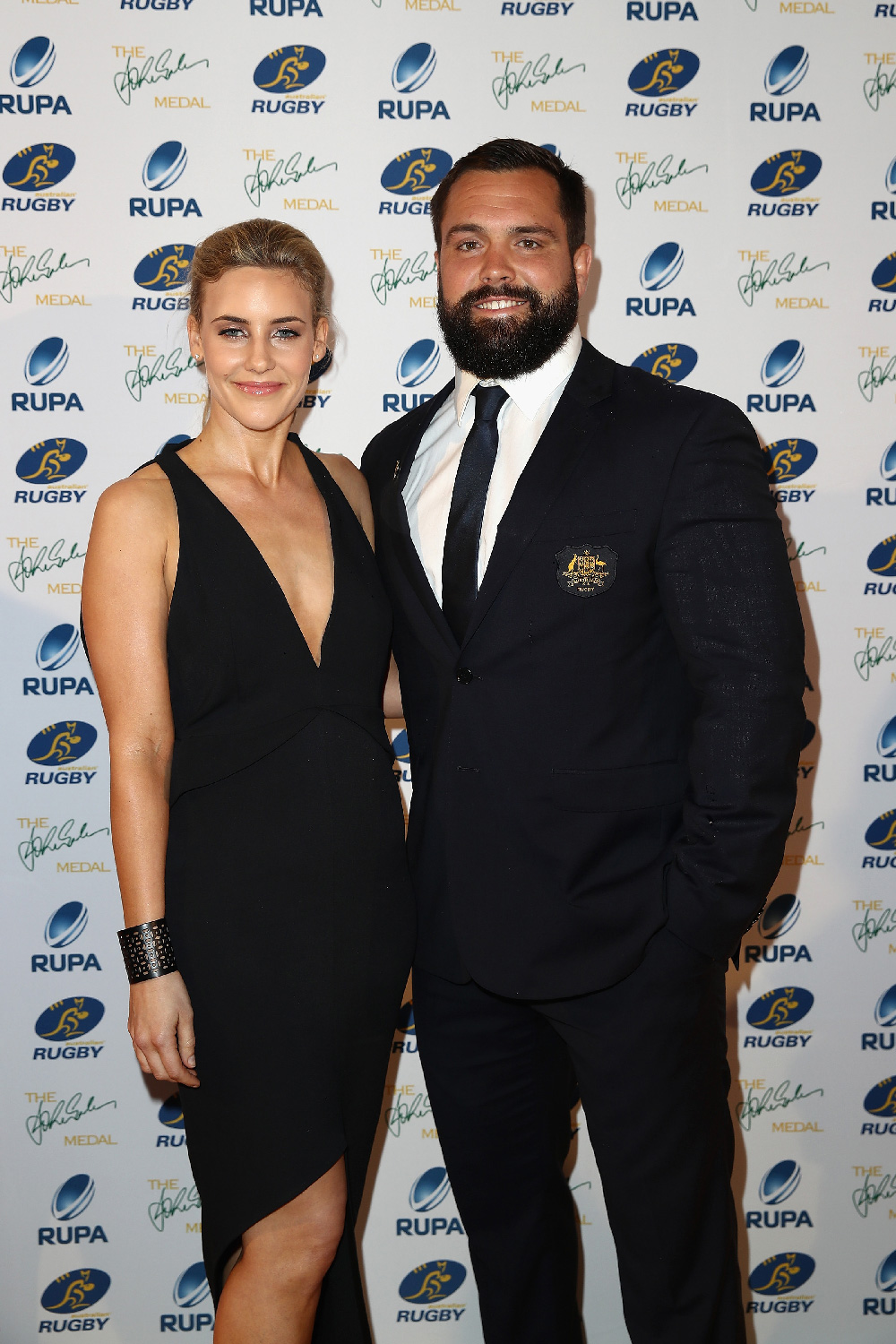 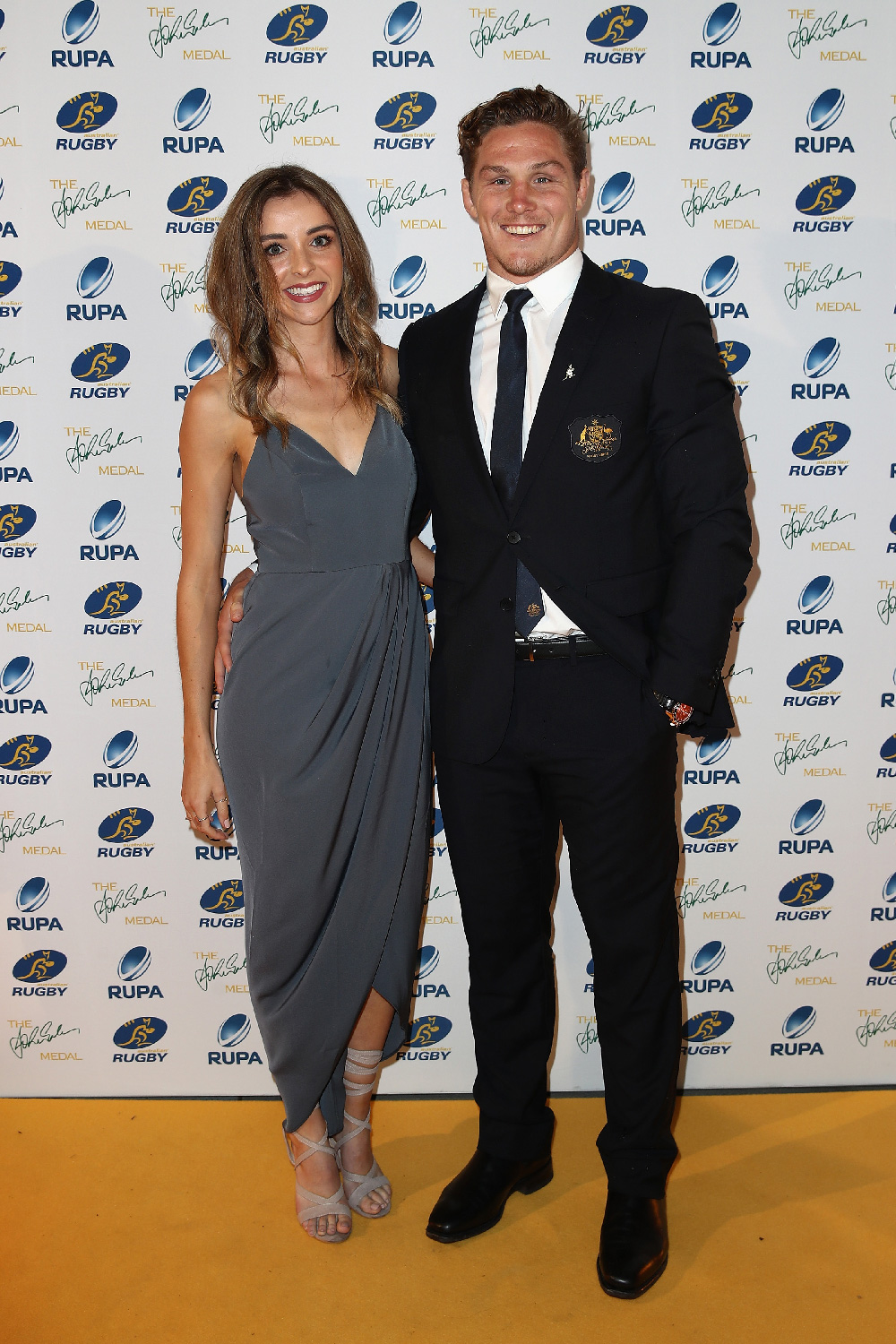 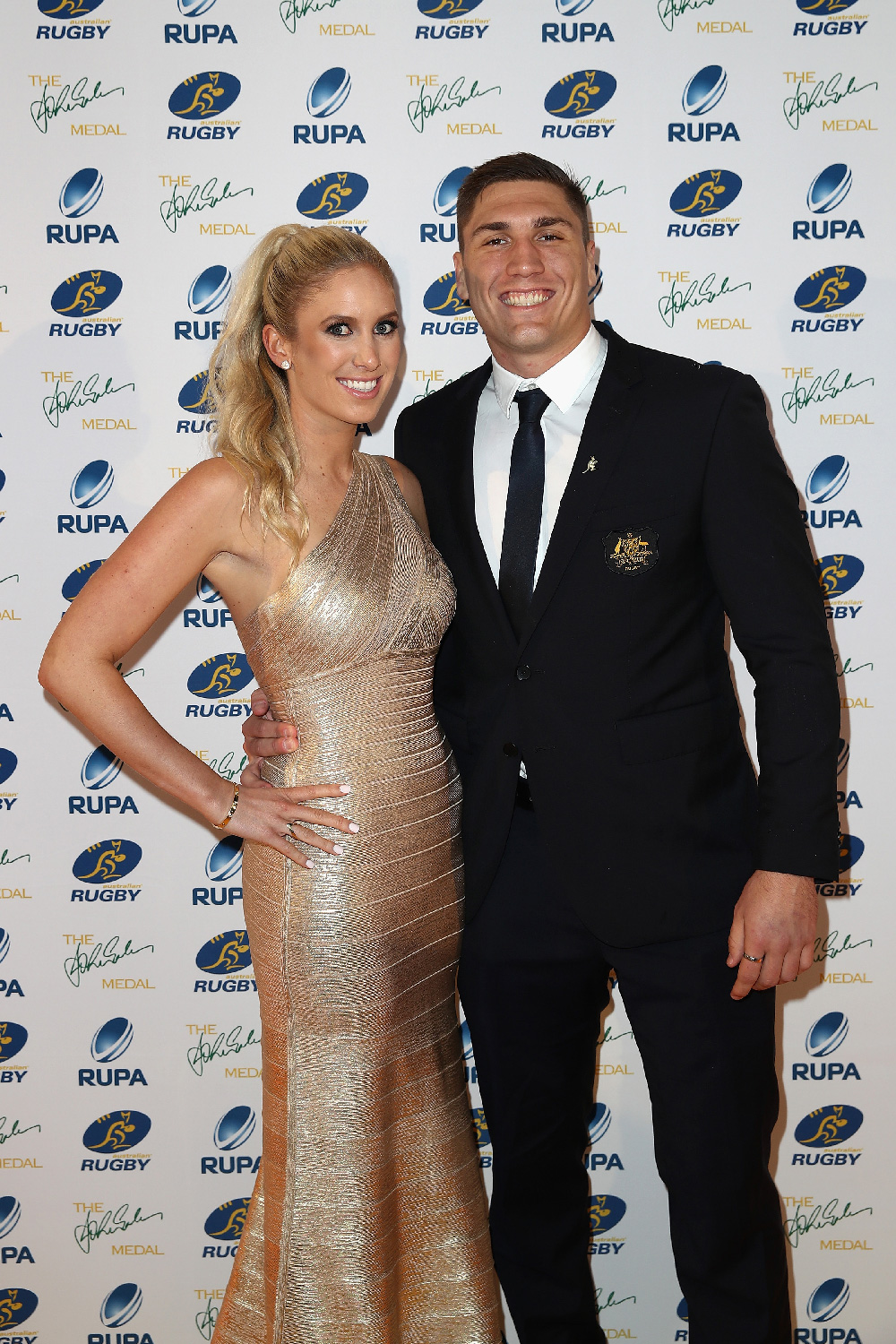 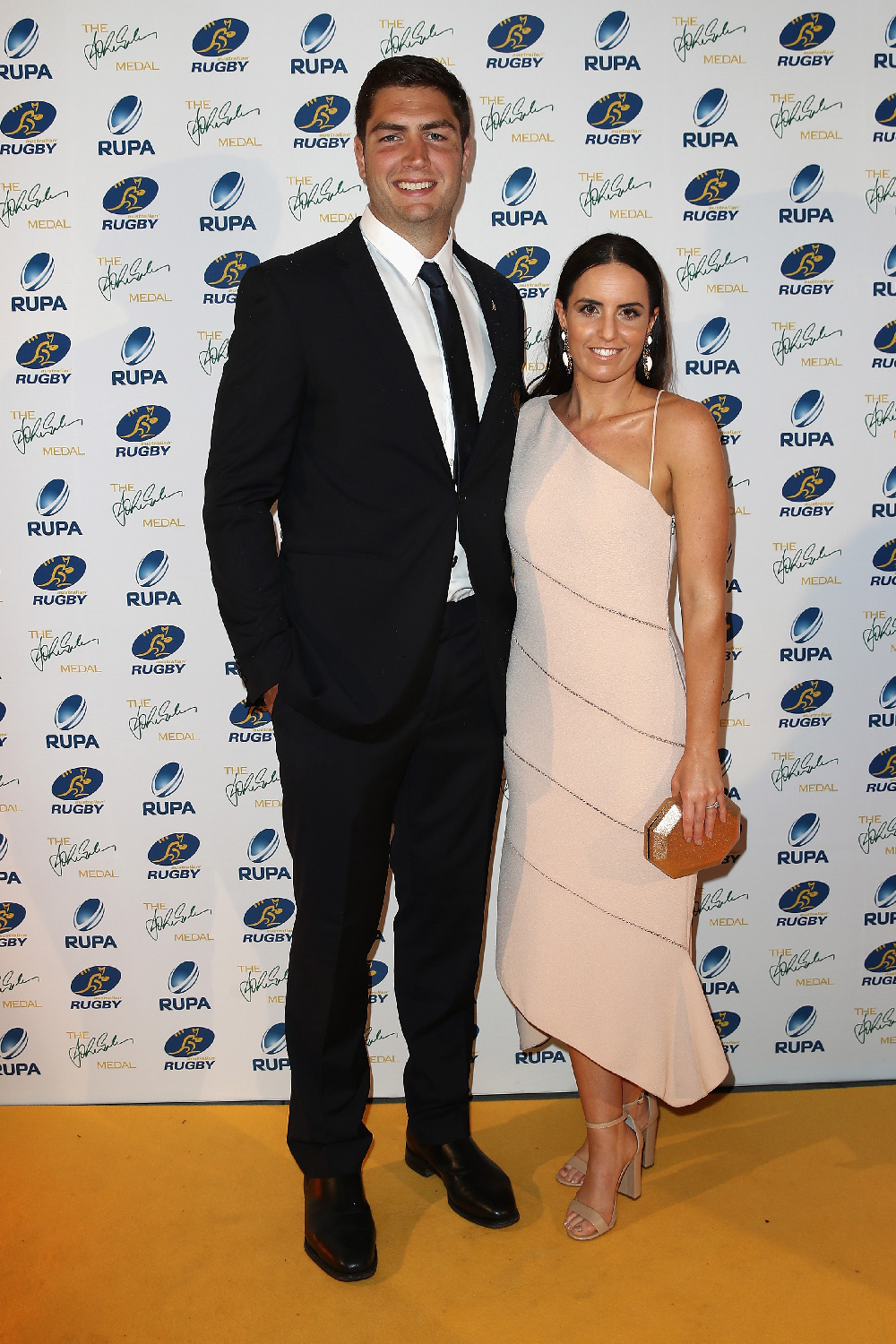 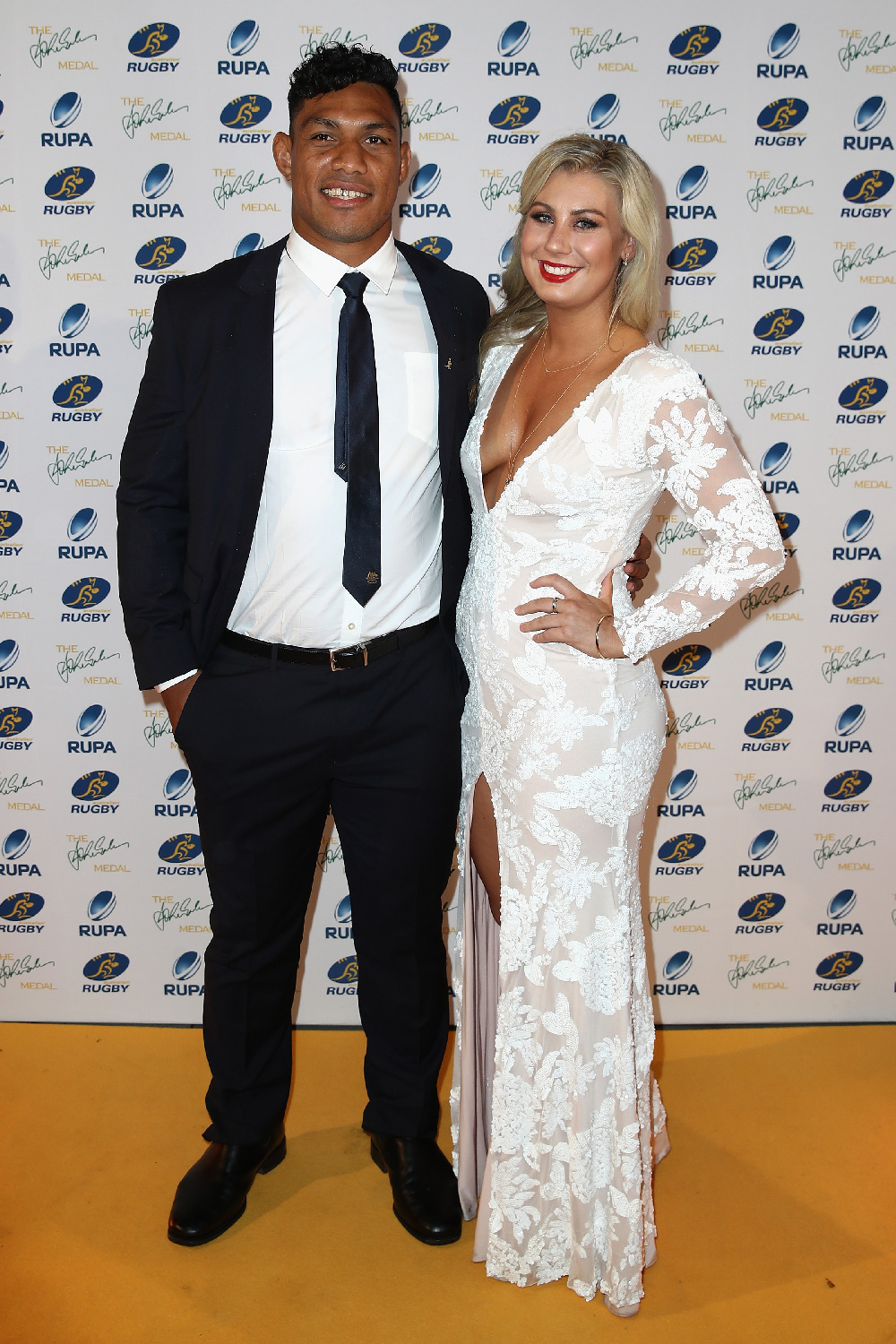 We're on to the first part of the big gong tonight, from Chicago to the World Cup final.David Pocock leads the pack after an epic Rugby World Cup. Here's your top 10! 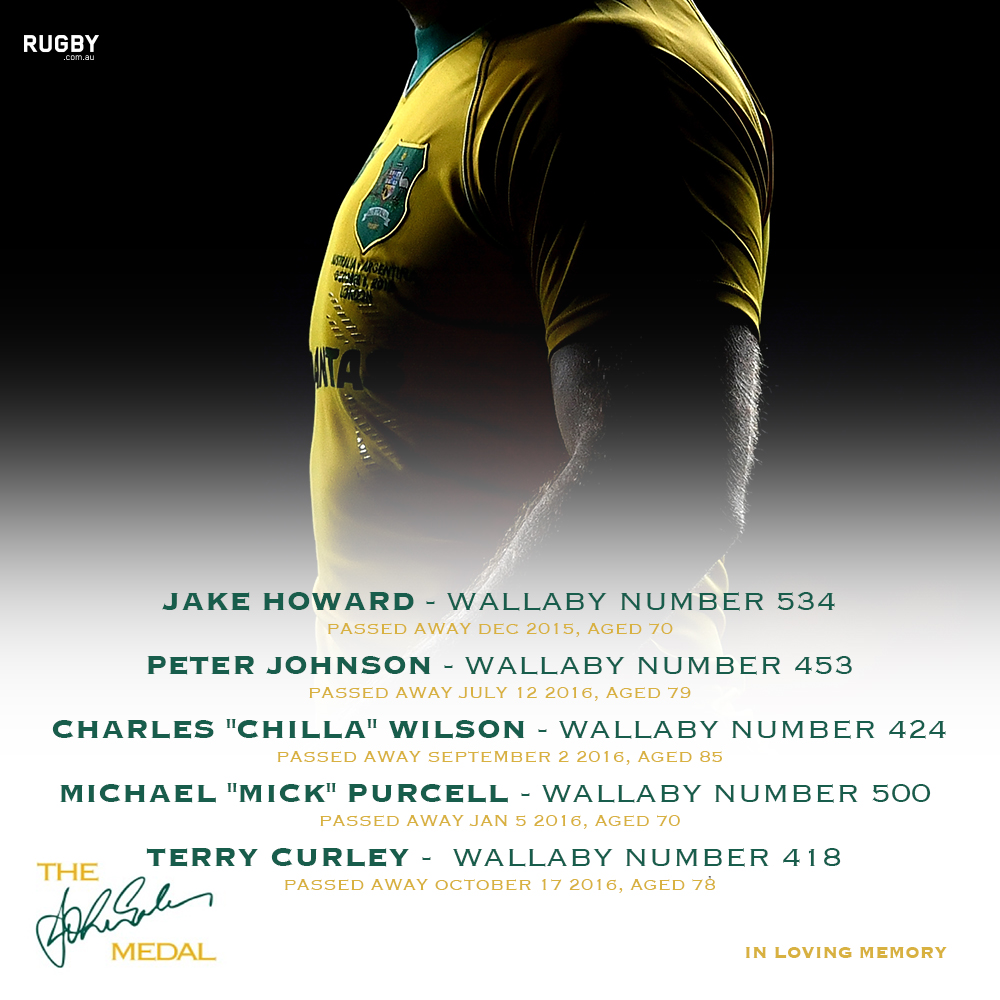 A moment's silence for the Wallabies who have passed away in the past year. Some of the greatest. 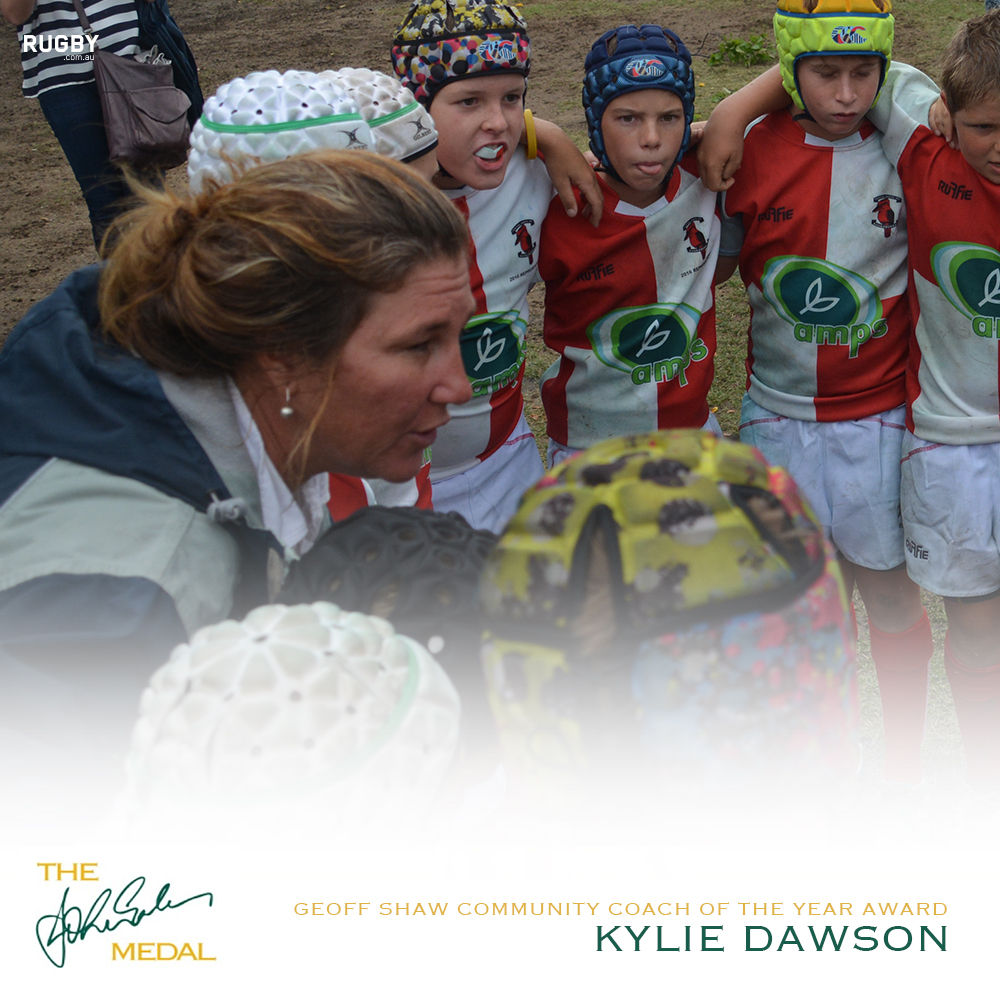 Kylie Dawson has been recognised for her influence in the rugby community, nominated by her players for the award, beating out a nation of contenders. Dawson is from Tamworth and a former coach of Australian Sevens player John Porch. A rugby fan for most of her life, Dawson says she just loves to take her players on a journey. Clearly, she's making an impact. 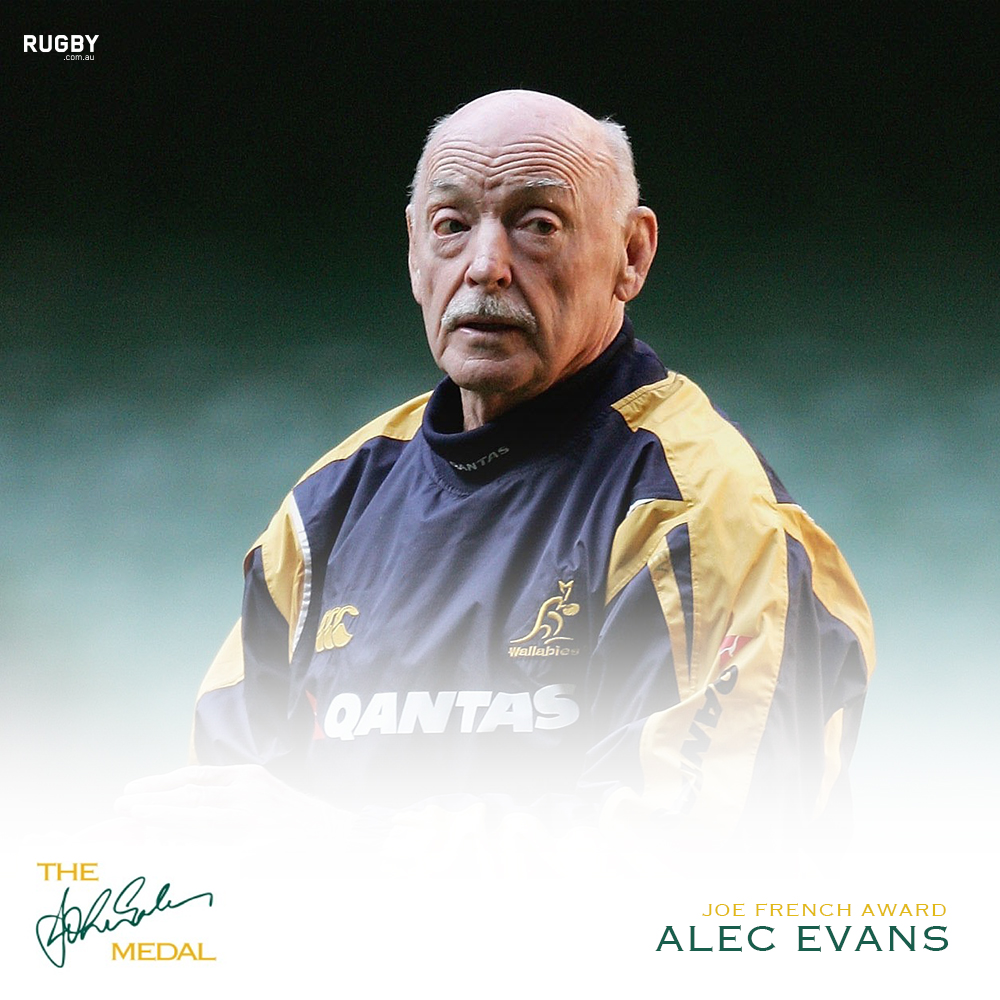 Alec Evans honoured to receive the award and thanks his wife for putting up with his passion for rugby for the past 53 years. Pretty solid effort there! 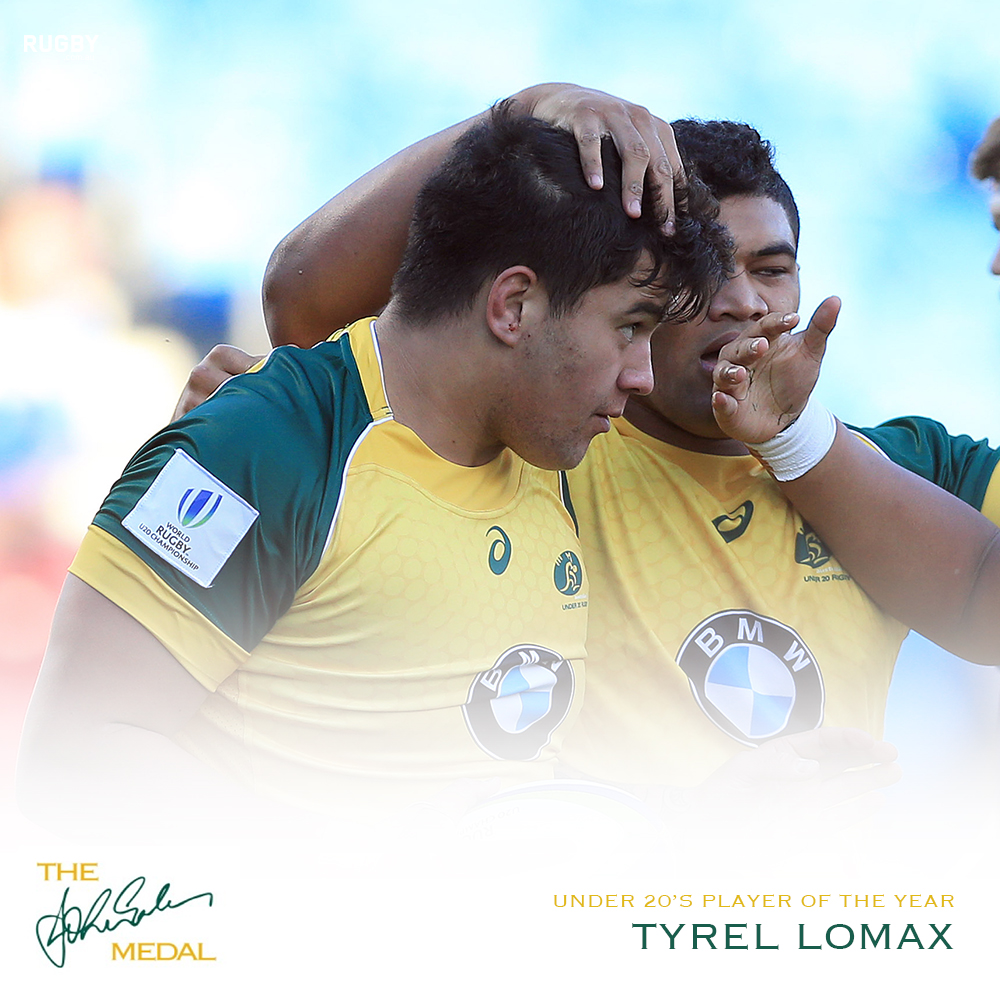 Bit of an awkward moment in this one - Lomax's former coach Stephen Larkham presenting the U20s award to the front rower, who is moving up to the Rebels in 2017. Was immense in the U20s World Cup and will be a star to watch. Comes from a rugby league background but opted for the 15-man game, a choice that's going well. Lomax says he's settling well into Melbourne and rates his 2016 highlight as the U20s victory over New Zealand. 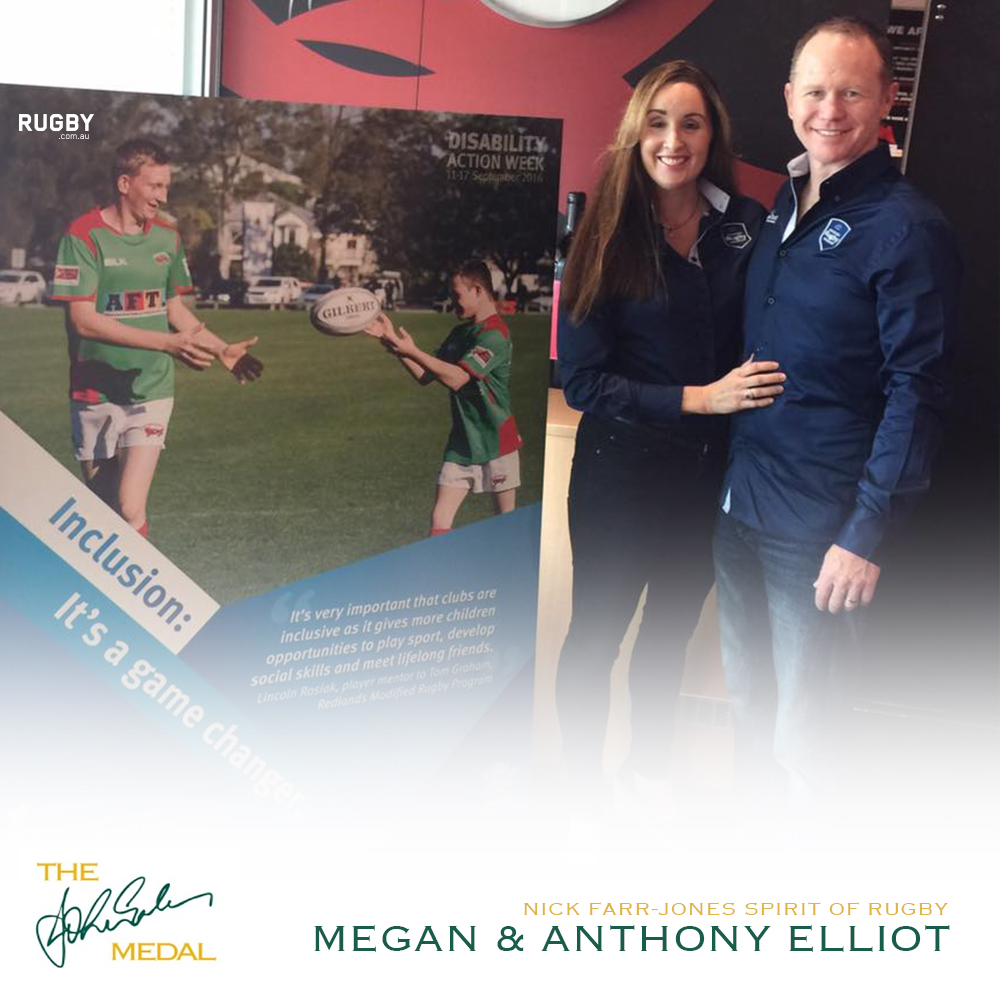 Referee of the year - Angus Gardner 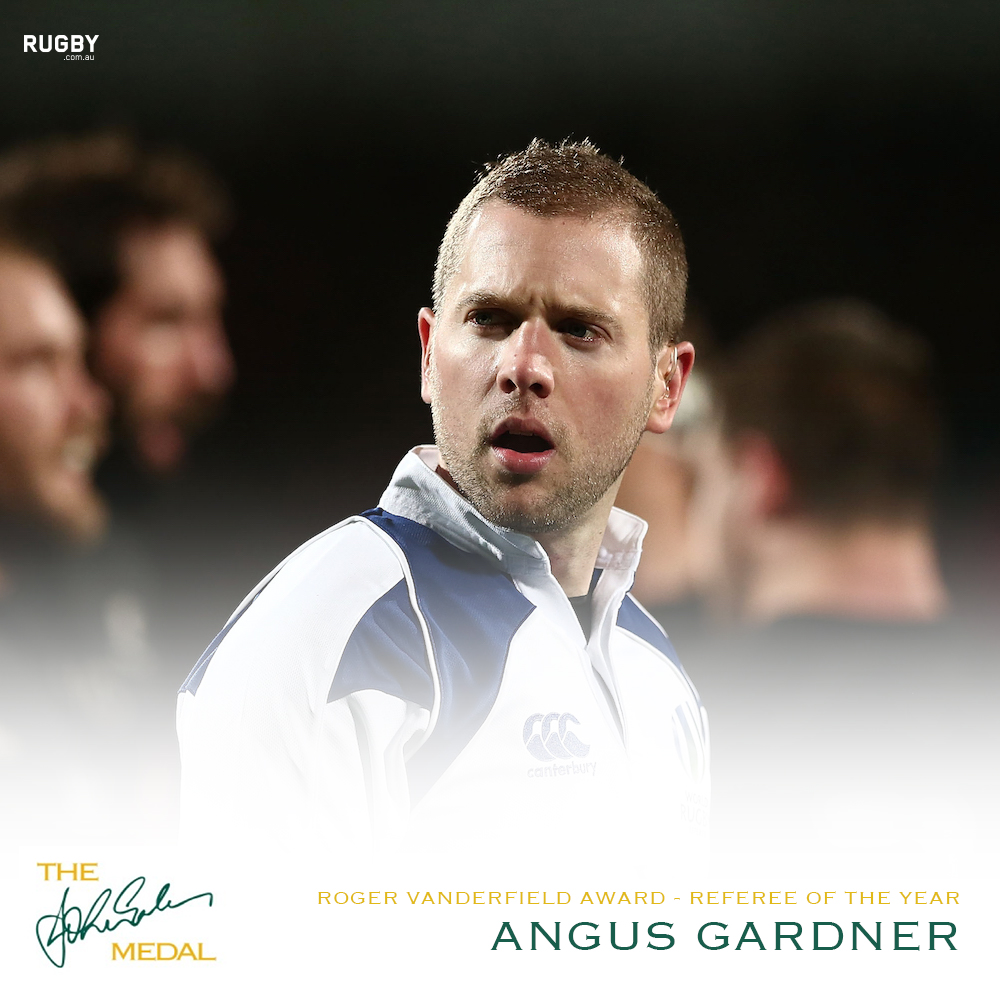 Angus Gardner has been one of the success stories of the Australian refereeing pathway, and this year officiated a number of internationals and major Super Rugby matches. Gardner has spoken of the difficulties of travel as an international referee, especially having just become a father.

HSBC Volunteer of the Year 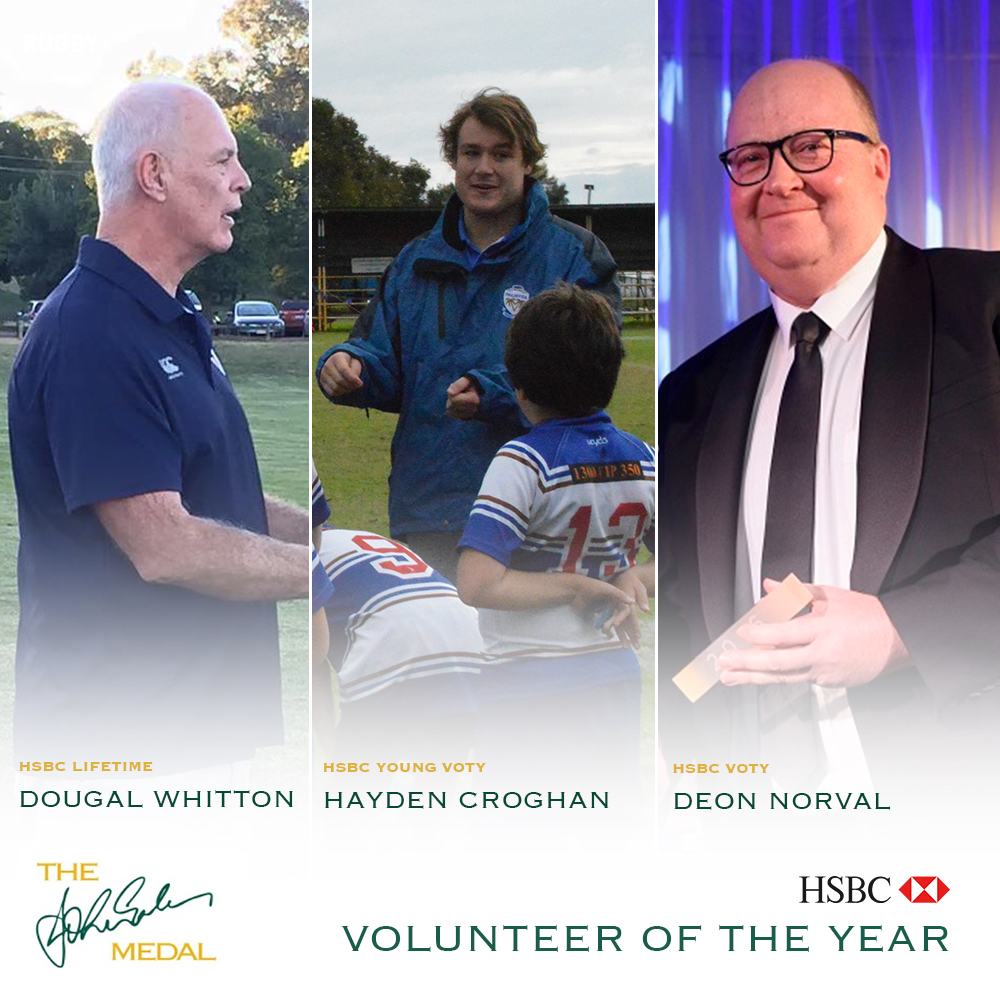 Congratulations to all three Volunteer of the Year award winners, who are keeping rugby ticking every day in their own backyards. 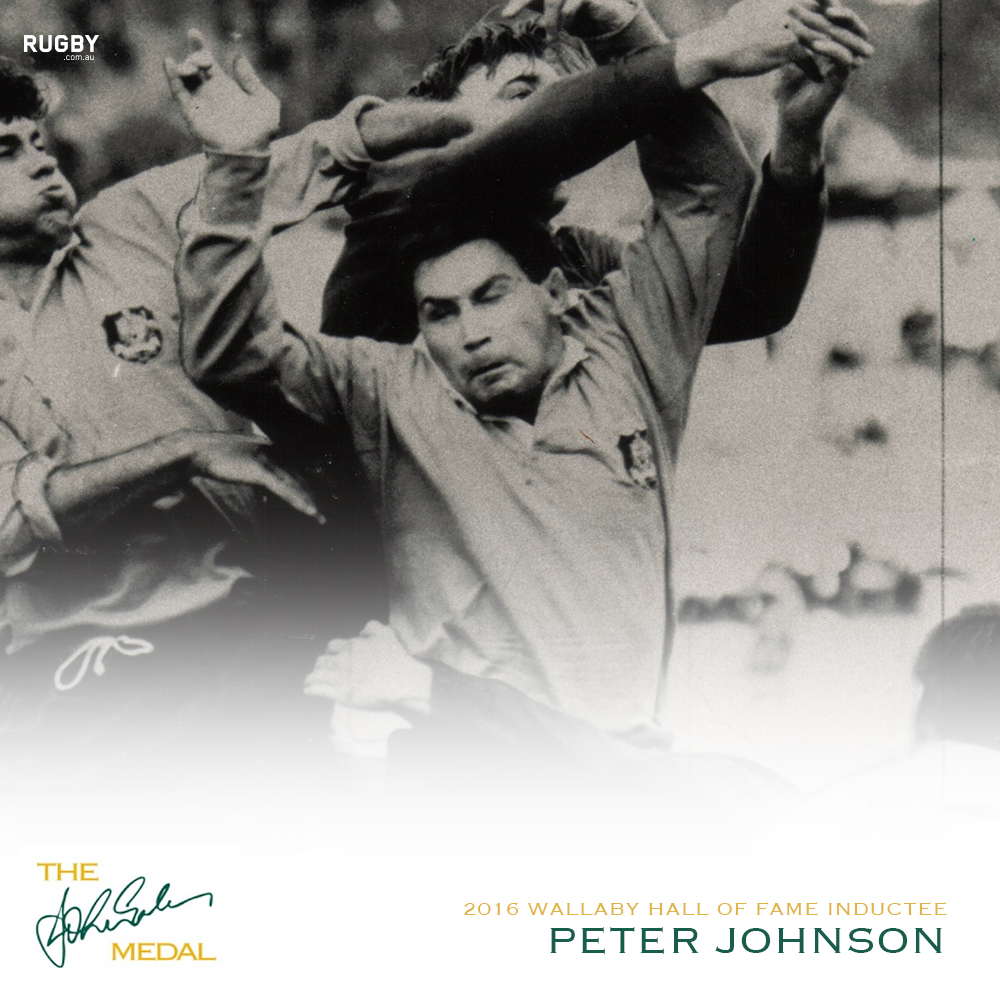 Peter Johnson played 42 Tests, five as captain over a 13 year international career, where he was recognised as an outstanding hooker.

Peter Johnson wore the green and gold jersey with pride on eight overseas tours. His team mates would tell people he never played a bad game, and was a credit to his country.

In his final test Johnson moved past Tony Miller to become Australia’s most capped player – it was an honour he held for 16 years. 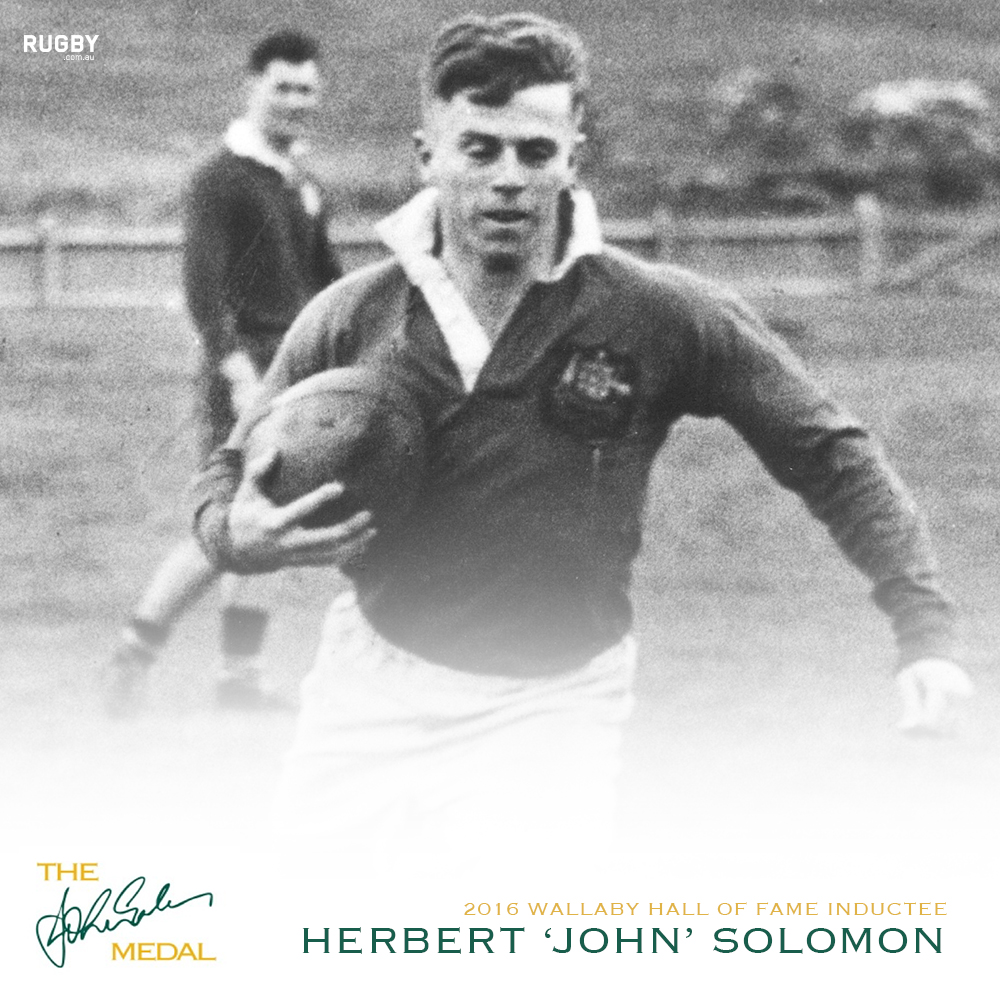 John Solomon captained Australia in 8 of his 14 Tests, which he amassed during two tours to NZ and one to South Africa.

He was known as a resilient, scheming winger, inside centre or flyhalf and later became a successful coach. He was a veritable leader of men, and made an outstanding contribution to Australian rugby.

John Solomon’s achievements on the South African rugby tour in 1953 which included assisting a match-winning length of the field try, led to him being carried off the field by both Australian and South African players – something that’s unlikely to ever be repeated again! 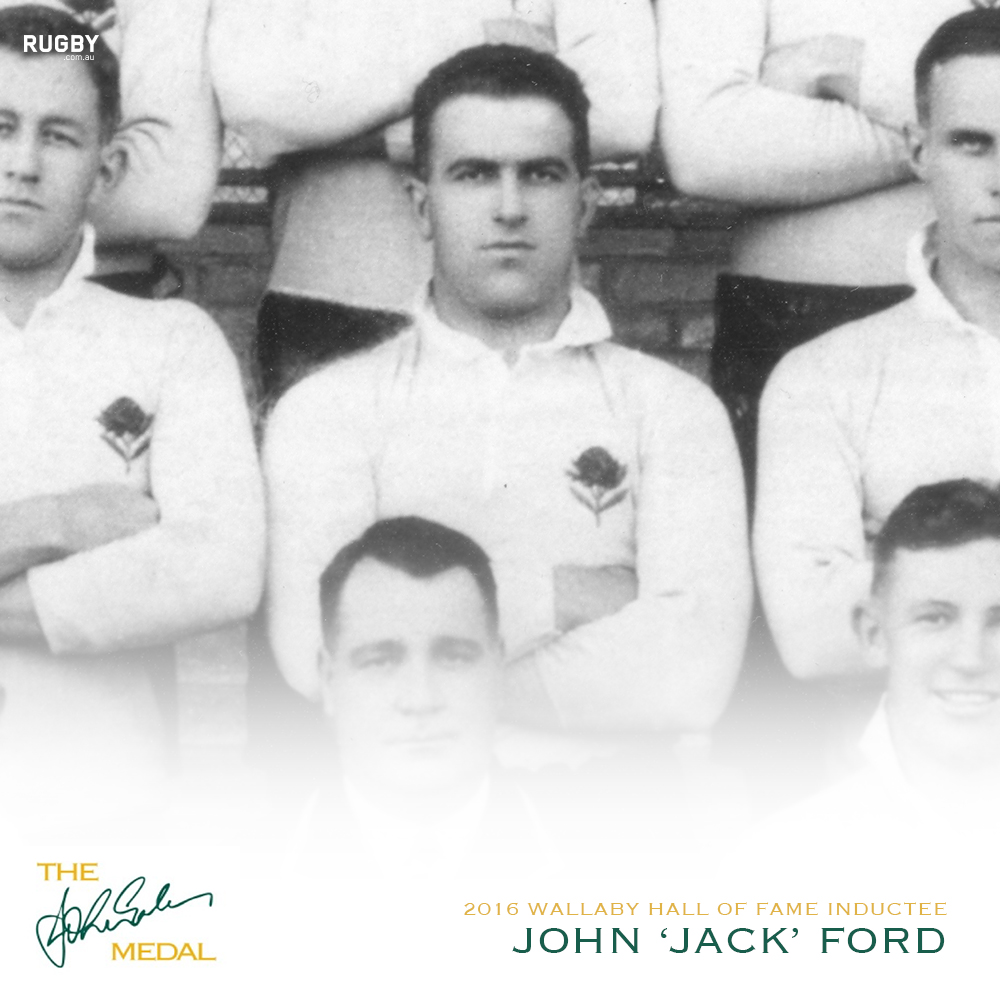 Our first Hall of Fame inductee - John 'Jack Ford. John “Jack” Ford played 11 tests for Australia and was the first Tasmanian to represent our country. This award for him comes in a special year for Tasmanian rugby – with born and bred Tasmanian Adam Coleman having made his Wallabies debut this year in the third Test of the England Series.

Jack Ford was a boarder at St. Joseph’s College in Sydney, which is where he learnt to play. Upon finishing school thanks to his flashing speed, immense strength and sheer size, he was virtually unstoppable.

in 1929,  he played for the first Australian team to win all internationals against New Zealand.

He retired in 1930, a winner in eight of his last nine Tests after Australia’s win over the 1930 British Lions.

We're underway at Randwick Racecourse. Greg Clark and Sandra Sully taking us away, ahead of the induction of our 2016 Hall of Fame inductees.

We're not too far away from the start of official proceedings here. We'll have the red carpet images coming through soon.

Here are some pics of the contenders getting ready.

Thanks to Tash from @thehmustudio for sorting my hair and makeup for The John Eales Medal tonight. Amazing hair and makeup studio at the Collaroy Plateau. Check them out: http://www.thehmustudio.com/ #JEM #aussie7s #olympians #womeninsport #rugby #aru