Much was made of Rob Simmons coming back from the national squad to play in Queensland Country’s first two matches of this season’s Buildcorp NRC. Indeed, Simmons himself made a Wallabies comeback out of it, on the back his performances.

But while Simmons did enough to win a Test recall, plenty of heads were being turned by the performance of the impressive young lock packing down next to him. Who was this broad-chested kid with an incredible workrate, just ripping into everything and everyone? 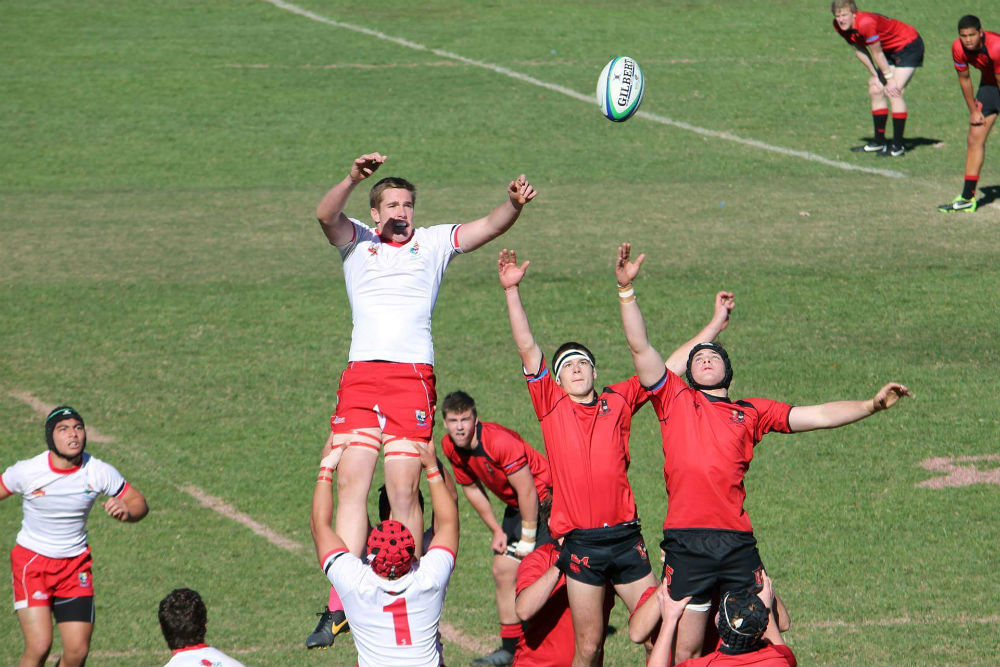 An Australian Schoolboys rep out of Ipswich Grammar in 2014, Rodda was part of the Australian Under-20s side to Manchester this year, taking part in the World Rugby Under-20 Championships. He’s been in the Queensland Reds’ Under-20 squad for the last two seasons, and this year was added to the Super Rugby squad on a training contract.

Along with Brisbane City lock Lukhan Tui – an Australian Under-20s teammate in 2016 – Rodda is viewed as a potential lynchpin of the Reds pack in the years to come. And even on just four NRC appearances in and at times well-beaten Queensland Country side, it’s not hard to see why.

He’s a young man going places and who definitely knows what he wants to achieve, and I had a really enjoyable chat with him this week.

How was the experience of playing with Wallabies lock Rob Simmons in the first few rounds?

“It was a great experience even just to train alongside ‘Simmo’ this year and just learn off him. Obviously he’s done it all; he’s played in a Rugby World Cup, and he’s got 60-odd Tests for Australia.

“It was just great to see how he approaches the game, and I guess, I just watched everything he did and compared that to what I was doing, and where I needed to improve, and I just did what he did, basically (laughs). I just tried my best, really.” 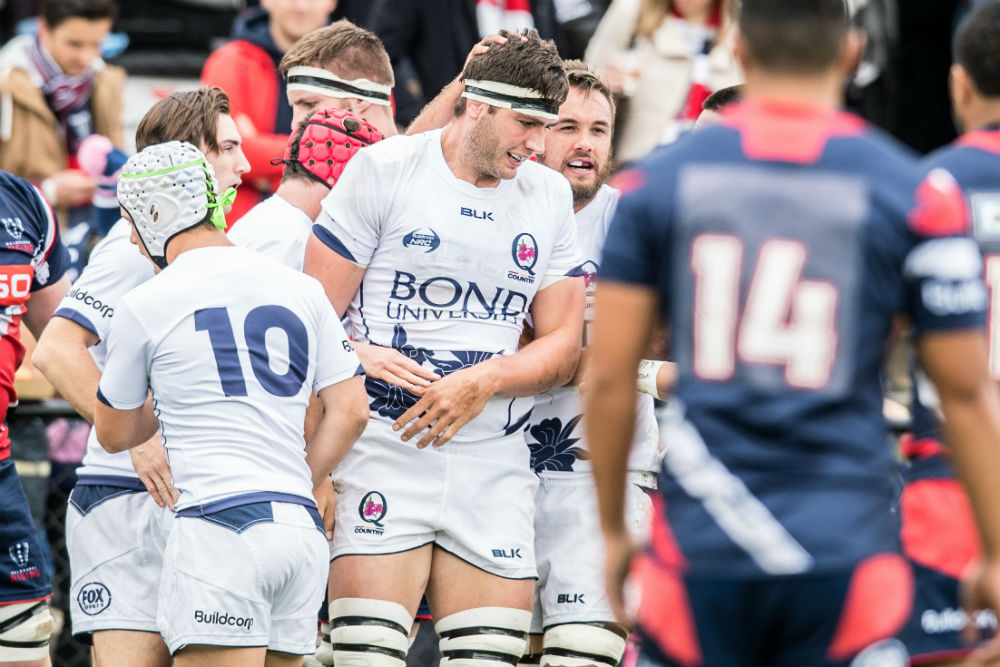 What did you identify you needed to work on, and how has Simmons helped you?

“I’ve sat down a few times with ‘Simmo’, because he takes a lot of pride in the lineout and all the prep going into it, so I just sat down with him and watched how he deconstructs an opposition lineout; all their triggers, and what moves we do that could work the best against other opposition.

“I just talk to him about everything set piece-wise, what I need to improve on, and what it takes to be a good lineout caller. And he’s really open to giving advice, it’s been great.”

What about the other Reds locks – Kane Douglas, Cadeyrn Neville – what have you picked up from them?

“Yeah, the coaching staff, all the players; everyone’s really helpful. As a young guy, it’s great, you just ask anyone a question about something and they’ll just give you five minutes or however long it takes to explain it to you in detail so that you do understand it.

“They were all there one day themselves, and they know how hard it is to come to grips with a professional program. And you do struggle a bit as a young kid, but they always have the time of day to help you.”

Of the coaches, you’ve got one of the best in former All Blacks lock Brad Thorn. What sort of impact has he had?

“Yeah, well, ‘Thorny’ is obviously another world class lock and he’s done it all as well, but has a different mindset towards football than other players, and it’s another thing to learn off.

Are the fingers crossed you might still get to pack down with him in the NRC this season?

“Oh yeah, definitely, I’d love him to pull the jersey on and I’d love to pack down with him. It’d be a great experience.” 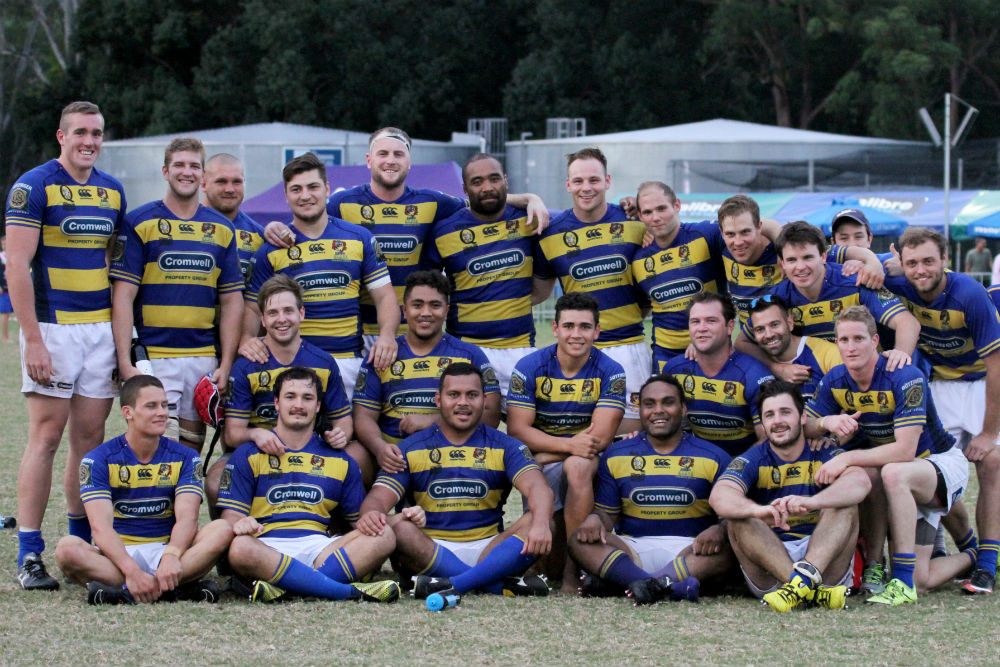 It’d be a weird experience, he’s old enough to be your father!

“Yeah, we actually had a laugh about that a couple of weeks ago. He asked how old I was, and I told him I was 20, and he was, ‘jeez, I’m double your age!’

“He was making his debut when I was in nappies, so it was pretty funny.”

Have you been able to pack down with him at training?

“Yeah, definitely. The first two weeks before he did his calf, he was doing full training with us, and even now, he’ll jump in and run the opposition attack or defence, he loves getting involved wherever he can.

“I’ve done both. I’ve jumped with him and against him in lineouts, and it’s been a great experience. He’s been able to help with lots of little things in my own game that you don’t really notice as a jumper, until you’ve got someone who’s been there and done that and can pick you up on it.”

He’d be able to get right down to the technical detail, too, like jumping cues and body language…

“Exactly, he takes us right down to that level, and even for our own lineout as well, just little things like your setup each time needs to be in exactly the same spot to make it easy for the hookers, and the movements have to be the same. You don’t want to under-step or over-step a movement, or you can throw the lineout off. Things like that.” 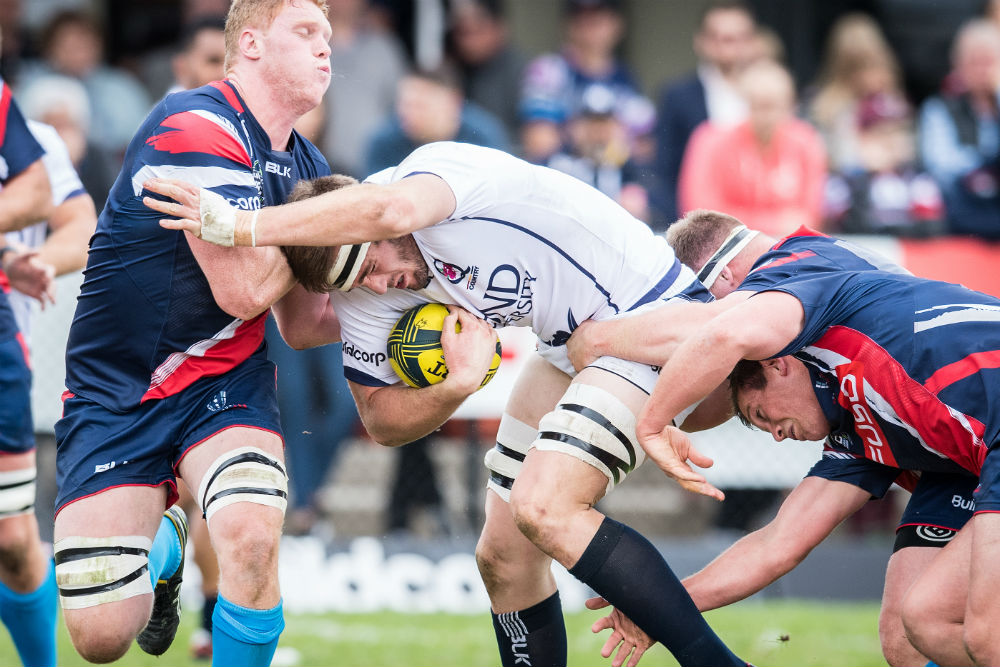 His workrate was huge, and that’s something that’s stuck out about your game even in just four NRC games. Has that always been a natural element of your game, or is that something you’ve really had to work on since you’ve come through the schoolboy game and now into a professional program?

“Workrate definitely came to me after my school life, because I quickly discovered that you couldn’t just be that big body that took a carry every now and then and ran over people.

“When you start playing against blokes who are the same size as you, and the same strength, you have to work on other areas like your workrate, just to keep the advantage over your opponent.”

What has been the biggest adjustment for you coming into a professional environment?

“Oh, I reckon just getting used to that whole aspect that it’s your job, you know, you’re there all the time training. But in saying that, you wouldn’t do it if you didn’t love it, and it’s just great to be able to train and work on the things I need to work on all the time.

“It’s helped my footy enormously this year to be part of the Reds program.”

Has the NRC lived up to your expectations?

“Yeah, definitely. I was told it was a fast game and a high-scoring game, and it’s definitely lived up to that hype. It’s a great competition, because it always comes down to the wire; it’s not like a game of footy where you’re happy to just take the three – you want to kick to the corner and get eight points. You’re not just looking for the quick three to stay in front.”

You got a harsh dose of reality in Perth though, even though you should have led after the first twenty minutes?

“On the weekend I reckon we started really well, and had great intensity. We followed our game plan. Massive credit to Perth Spirit though, their defence was immaculate, and we just got a little sloppy with our ball – some bad offloads and not securing the ball well enough.

“I think we just need to improve that, and then we’ll be able to compete with the top teams.”

What do you hope to get out of these last three games?

“Obviously, we want to get a few wins and just grow as a team. I’ll just keep soaking up the experience, get as much game time under my belt as I can to improve as a player, and just improve on and off the field each week.”