Rory Arnold is tall, in fact he will become the tallest Wallabies player ever on Saturday night, but it’s the aggression that he brings that earned him a Test debut.

Arnold, at 208cm, will be physically intimidating and Wallabies coach Michael Cheika said he was still learning to use that frame, after coming into rugby as a teenager

“I think he plays the game aggressively. He’s learning about how big his frame is and how to use it,” he said.

“It wasn’t that long ago he was working on the sugar mills in Mooloolaba or Murwillumbah.

“At the end of the day, he’s here now and learning how to be the best he can be at his craft as lock and he knows what we want from him in his role.” 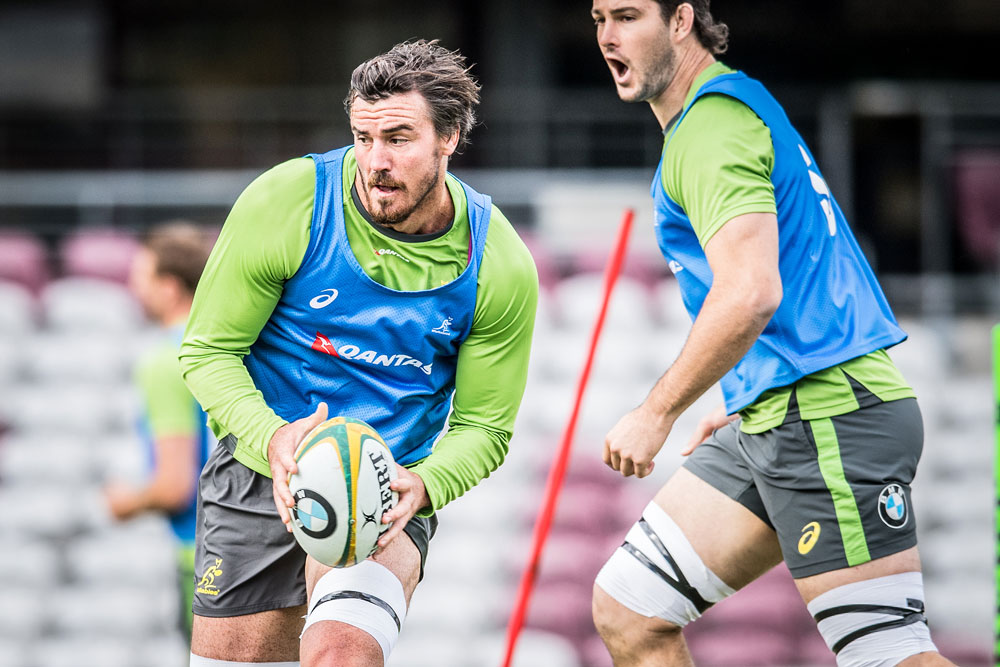 It’s hard not to draw comparisons with the man he is set to replace in the Wallabies line-up, injured Kane Douglas, but Cheika said he wanted Arnold to make his own mark.

“They seem to always team up somehow, pleasure and pain and fun and tough and hurt and all that type of stuff. For some reason in this game they seem to go together and he’ll be ready for it.”

The second row is set to be one of the crucial battles of this series, with England’s locks proving their greatest strength during the Six Nations and Cheika said he had full faith in Arnold to match them on his Test debut.

“We’ve had a lot of competition at lock here and that’s without Kane Douglas as well and I’ve really enjoyed the way they’ve gone at each other and Rory’s played well through Super Rugby,” he said.

“He’s understood what we’ve wanted to improve and he’s had real intent at improving that and I’m sure he’ll take that another step up on Saturday.”

Arnold’s Brumbies teammate David Pocock said the debut would be just the beginning for the 25-year-old.

“Since turning up at the Brumbies with very little professional rugby experience, I think he had one season in South Africa, he’s really proved himself.

“He’s imposing, works hard and really down to earth and enjoys learning. So I think he’s got a big future ahead of him.”