by Matt Lewis
Nic Stirzaker has failed to build on his 2015 form. Photo: Getty Images

The Chiefs showed no mercy in Hamilton as they all but ended the Rebels chances of topping the Australian conference.

1. Chiefs are the real deal

If we didn’t know already, the Chiefs are a seriously good side. All aspects of their game clicked into gear in Hamilton after a disappointing defeat to the Highlanders in their last start. A solid ten minute block of defence on their own line late in the first half showed plenty of mettle. With the likes of Aaron Cruden, Damian McKenzie and James Lowe running the backline, watch for the Chiefs come playoff time.

2. Stirzaker and Debreczeni struggling in the spotlight

After showing so much promise in 2015, the Rebels haven’t yet seen the best of the Stirzaker/Debreczeni combination this season. A sloppy exit from the scrumhalf in the first half started the rot for the Rebels, while Debreczeni was criticised by the commentators for failing to take the ball to the line enough. 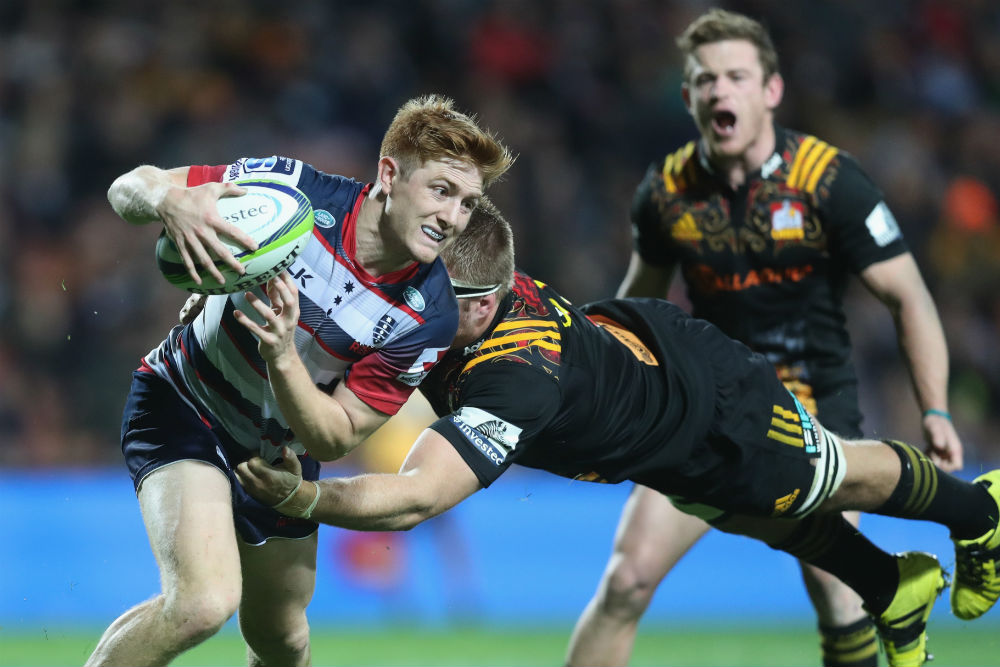 While Debreczeni and Stirzaker struggled, Mike Harris starred on a tough night for the Rebels. The fullback was a constant threat for Melbourne, racking up 123 run metres as well as try assist to go with a try of his own. Throw in his ability with the kicking tee and Harris proves a very handy utility. Will we see him back in Wallaby gold for the England series?

Harris and McKenzie were going tit for tat in large parts of the game, with neither a clear winner in Hamilton. McKenzie, like Harris, will have national representative ambitions for June with an All Blacks call-up surely a formality. The smiling assassin had 97 run metres against the Rebels and one sensational try assist after a lofted cutout ball allowed teammate Andrew Horrell to almost fall over the tryline.

After a disappointing defeat last week against the Brumbies, the Rebels had to beat the Chiefs to keep their Australian Conference title ambitions alive. The game was all but over after 25 minutes with the Chiefs racing out of the blocks to seal the bonus point win. This is a young Rebels side but still very ambitious, and Tony McGahan’s men will be hurting after watching their finals chance fade away.