The Brumbies players had sport put starkly into perspective this week as beloved backrower Ita Vaea was forced to retire.

Joe Tomane played the game with “Dox” written on his arm in tribute to his suddenly former teammate, who he sees as  more like a brother than a teammate.

“Dox was here when I first came down and I really grew to love him like a brother,” he said.

“We had to control our emotions with that sort of stuff just try and stay focused (but) it was on the back of everyone’s mind.

“We don’t know why things pan out the way it does.  God works in mysterious ways so I’m sure whatever Dox does in the future he’ll be a massive success but it was a sad week.”

Vaea’s retirement has given Tomane a renewed sense of appreciation for his job, with the unavoidable thought that any day any player could be playing their final game.

“I think what it does is make me want to make the most of every opportunity that I have,” he said

“We don’t know when our last game is or our last days are .

Tomane took to social media in the wee hours of Sunday morning to post a tribute to Vaea.

Post match insomnia got me. Thought I'd use the time to pay tribute to a great man. Pls excuse any poor grammar #DOX pic.twitter.com/3XeDBqBGl8

Brumbies co-captain Stephen Moore said Vaea had been in everyone’s thoughts and would continue to be a crucial part of the Brumbies fraternity this season and beyond.

“I think we spoke about it before the game and a lot of the boys are very close to Ita and it was a big shock early in the week,” he said.

“We did speak before the game about the fact that he can’t ever play footy again and maybe that motivated us a little bit.

“We’ll make sure we support Ita all we can going forward.

“It’s not just about Ita it’s about us getting around him the next few months and years because he’s going to need that in whatever he does next.”

Moore also took the time during the Brumbies bye week to visit Dom Punch, a Newcastle rugby player who will spend his life in a wheelchair after a spinal cord injury suffered in a game.

It’s moments like these that Moore said give perspective to the game element of rugby but also enrich a player’s appreciation of the sport.

“That’s right - it’s going to happen to all of us at some stage. Some of us are closer than others to the end but hopefully i’d like to think all that kind of stuff puts that in perspective .

“I was in Newcastle last week and saw a young fella that broke his neck playing rugby in maitland and he’s in a wheelchair for the rest of his life.

“That sort of stuff puts things into perspective for sure. 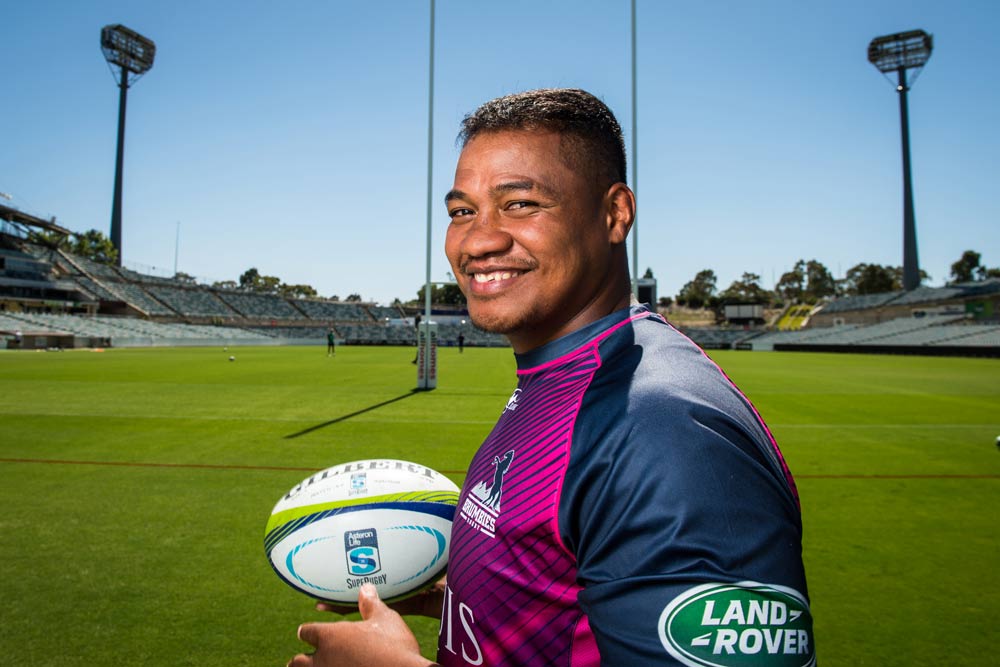 Vaea’s retirement is surely the most emotionally challenging moment the Brumbies have faced this season but it’s also another moment in a dramatic season in which on-field performance has at times taken a back seat in external conversation.

““I think there’s been really clear delineation between what’s been happening off the field and what the boys are trying to put on the field,” he said.

“There’s just no talk in the team about what’s going on off the field at the moment.

Tomane said it was the steadiness of their leaders that kept the rest of the team focused on the job at hand.

“There’s a lot of the young guys that may not be used to these sort of adversities but under good guidance guys like Stephen, Christian,” he said.

“They’ve probably seen things we haven’t seen, so this stems from them, how strong they are, (it (has a) domino effect on everyone else.

“We’re grateful we have strong leaders because they’re able to control those sorts of things especially the things guys aren’t used to.”