They’re two from two but Wallabies coach Michael Cheika knows his team will need to step up to face England next Saturday, after their “rugged” win over Uruguay.

Australia’s 62-point win against Uruguay could have been a lot bigger had it not been for some poor execution close to the line and Cheika said that was something that would be a focus ahead of the England game.

“I thought it was a pretty rugged game to be honest,” he said.

“We probably left too many opportunities behind and we’ve got improvement to make.

“We’re  trying to improve every single day and get to the standard we want to be at.”

Australia will face England in an interesting position on Saturday, after the host nation's loss to Wales, with a Wallabies win having the potential to end England’s World Cup campaign.

Much had been made of the Wallabies’ lack of bonus point after the Fiji game, something they collected before half-time against Uruguay, but Cheika reiterated his stance that his team winning was his only focus.

“No one’s won (a World Cup) unless they’ve won every game,” he said.

“I figure that’s what you’ve got to sort of do, isn’t it?

“Our plan is to not have to scrounge through.

“We want to play well every game and let the results take care of themselves.

“We’re  not sitting in the room, barracking for one team or the other.

“We’re making assessments looking at our own game seeing how we can improve.

“We’re going to have to improve on the first two matches to be able to compete with England.” 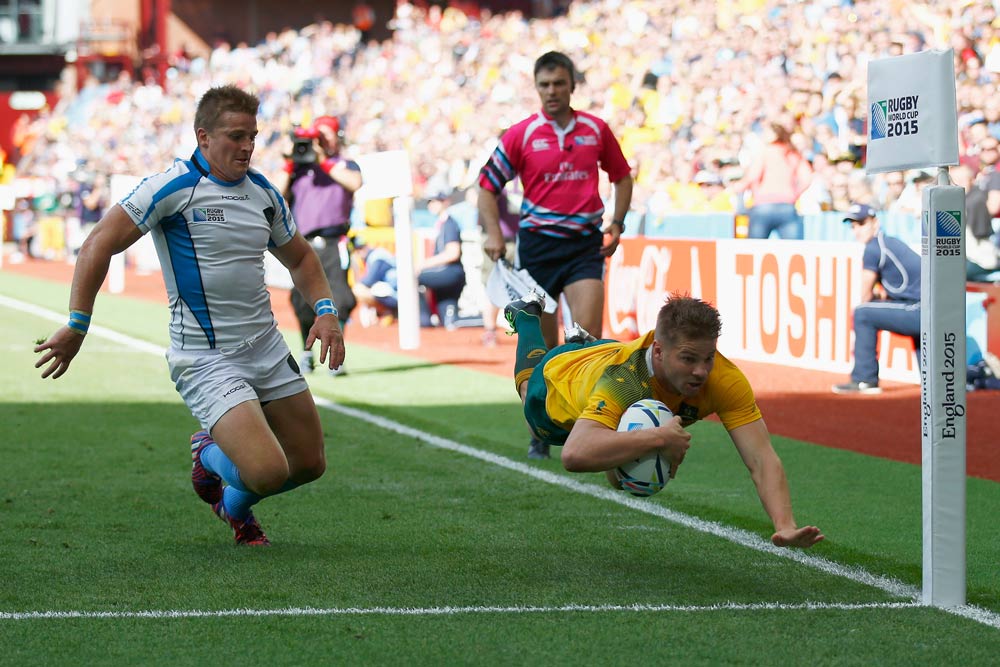 The Wallabies mentor repeatedly stated that he would field two entirely different starting teams for these first two matches and he was true to his word, with 14 changes to his team for the game against Uruguay, giving him a chance to see everyone in his squad.

Cheika said some players had made the selection battle more interesting on Sunday but it’s something the coaching staff would have a closer look at after the game.

“I think there’s a few players that definitely put their hand up for a selection,” he said.

“We’ll make an assessment this afternoon.  (We’re) not used to having so much time after the game before night falls.

“So, we’ll take time to look back through the film and make some assessments around our selection going forward.”

Despite some poor handling, Cheika says his team has learned to work harder

“I know that’s not the flashiest thing but I think the team’s learning how to work harder,” he said.

The team had to go on a steep learning curve around consistent work rate and  doing the things that aren’t seen off the ball, working hard off the ball.”

The Wallabies will be waiting on the fitness of Wycliff Palu (hamstring) and Will Skelton (shoulder) after both were taken off early in Australia’s win.