On his Golden Jubilee of journalism, RUGBY.com.au sat down with eminent Rugby writer, Wayne Smith, to regale the tales of years gone by and get his experienced thoughts on the future of Australian Rugby.

Starting on Australia Day, 1971, a young 17-year-old commenced his cadetship at the Brisbane Telegraph at the furthest possible point from a Rugby Field.

"My very first assignment in journalism was to go out and interview a family of a bloke who had tried to run a level crossing and not quite make it" Smith recalled.

"I remember walking into this house, and down the corridor, I could see a grieving widow, half a dozen kids screaming and a priest,

"I thought to myself, nah nah I'm not going in there, and this was my introduction to journalism…day one."

A few weeks later, transitioning to the sports desk, with his predecessor going off to write a book of poetry.

"A search of the company files revealed that I had played Rugby.

"The fact that it was the 4th XV at St Laurence's College was good enough, and I got the gig," Smith said. 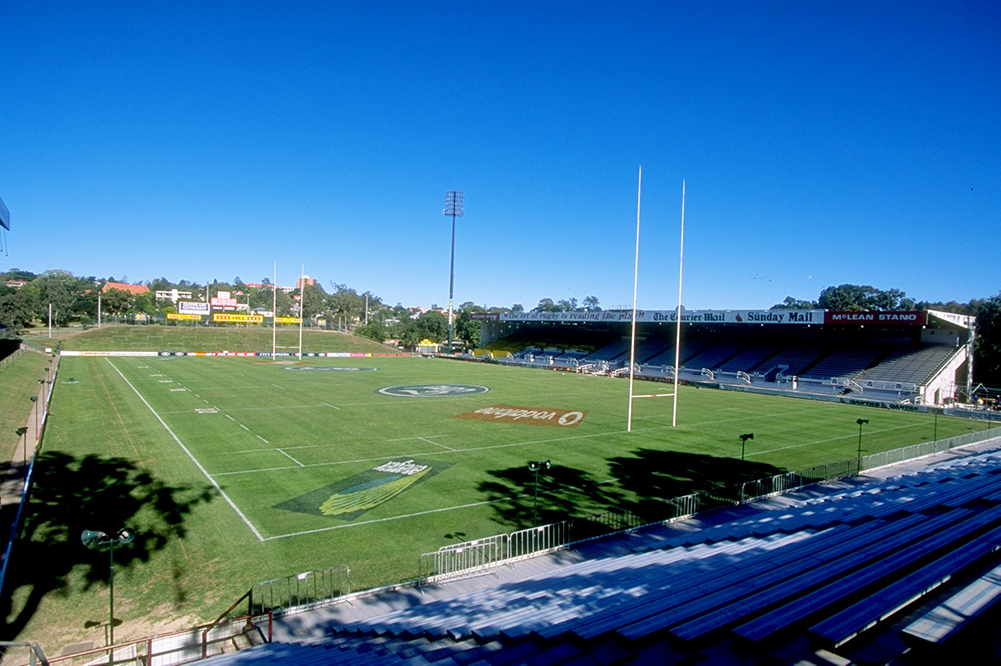 With a stellar Rugby career in the 4th XV he was perfect for the job and it came as no surprise that Smith's first question to the sports editor was,

Smith notes that the leading Rugby writer at the time was Frank O'Callaghan, who later went on to be known at Frank O'Rugby.

Upon venturing into the press box at Ballymore for the first time, "watching Brothers score some very complicated try involving most of the players."

He called on the experienced O'Callaghan for an explanation as to what had happed, however, was met with a "not a clue" as he quickly wrote down all that had transpired.

Developing into a fierce rivalry, which was all in good fun.

Acquiring his first press pass through the Queensland Police in 1971, following the infamous Springbok tour, a young Smith continued to take any match assigned to him.

"My first representative match was Queensland vs the British Lions, which Queensland won!"

Covering the match for AAP, Smith filed the story never thinking very much of it. However, the story took off being filed internationally.

"The London papers ran my story the next day, and then AAP filed a reaction piece."

"So, my debut representative Queensland story had circumnavigated the globe in the space of about twenty-four hours…, and with that, I was pretty chuffed," Smith boasted. 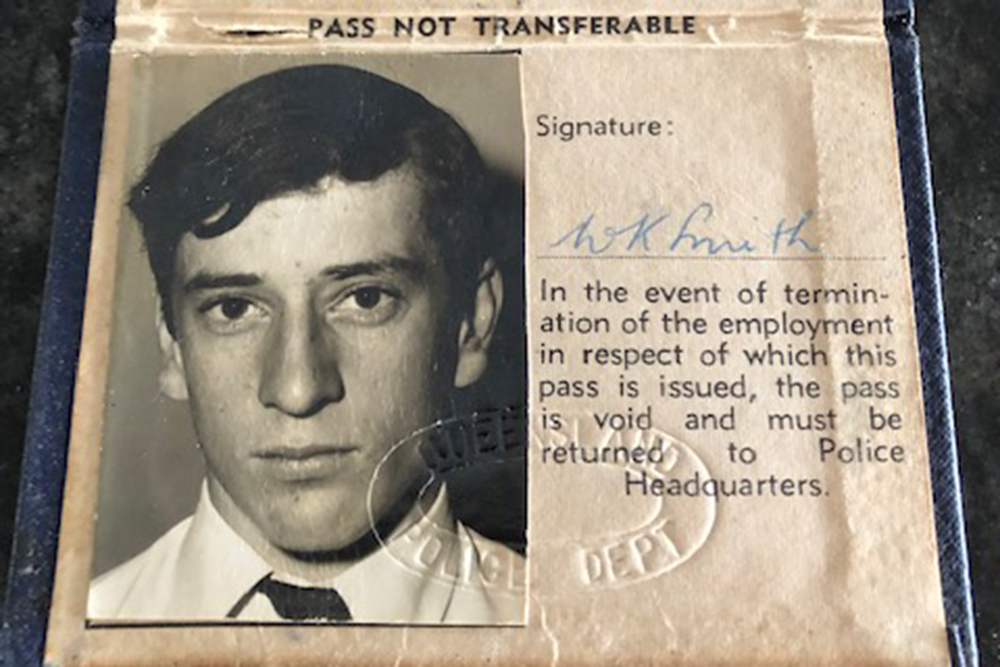 While the first Test that Smith covered was Australia's second Test match of the tour against the Springbok, which Australia lost.

Filling four tabloid pages with a match report took four copy takers to transcribe the match report down the other end of the phone line.

Asking a close friend and aspiring journalist, John Michel to sit beside him and help take statistics, he found the task of journalism far too tricky. He later transitioned to become the speaker of the Queensland legislative assembly.

However, Smith's breakthrough later came in the mid-70s with the infamous 'Battle of Ballymore' and Queensland's 42-4 victory over New South Wales in 1976 seeing him preside over "the dawn of Queensland Rugby".

When quizzed on the best player he's seen to date, Wayne wasted no time.

"I remember the first time I ever saw him playing, he was making his first grade debut for Brothers, playing number eight."

"I recall him taking the ball on his own side of halfway and way out near the sideline, looked bewildered at first before deciding to take a field goal."

And it was this 55m field goal that had not only journalists but Australian selectors in awe.

Smith recalls turning to John Connolly, who was chairman of the Queensland selectors at the time and saying, "If you don't pick this guy for Queensland, I'm going to have your guts for garters."

Fortunately for both Connolly and Queensland, Eales went onto become an immortal of the game. 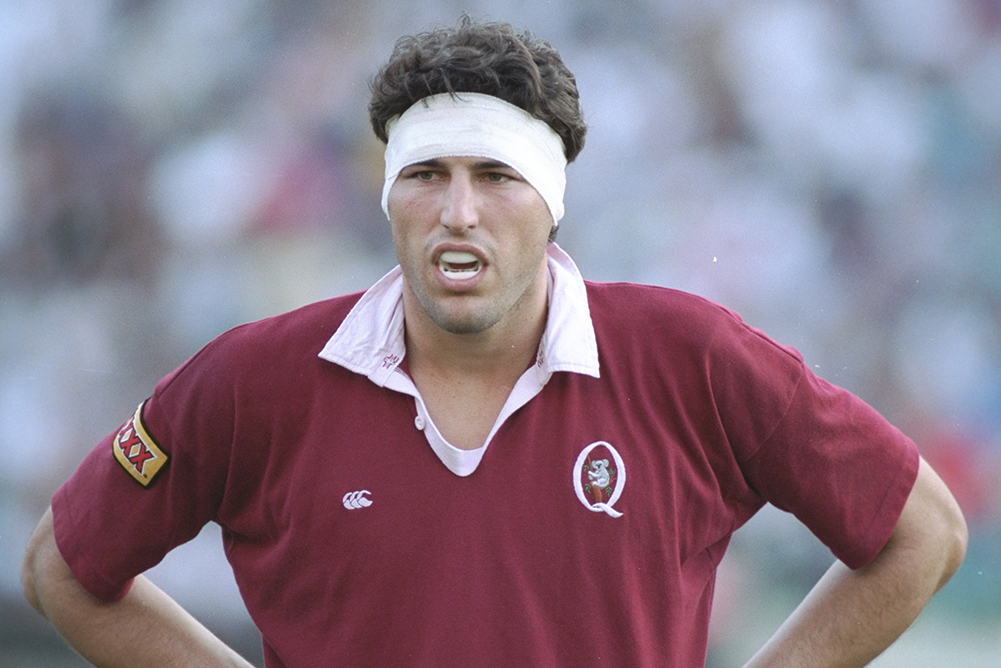 Smith also boasts that he was the one who broke the news to aspiring Wallabies centre, Tim Horan, that he was scheduled to play his first Test in 1989.

"I remember ringing him to tell him he had made the Australian team, and he got quick a shock and was then quite excited by the news.

"Following the match, Smith recalls sitting in the Wallabies change room interviewing Horan on his debut, before being overshadowed by All Black legend, and Horan's opposite number during the match, Joe Stanley.

"He wanted to swap jerseys with Timmy Horan, but obviously Tim wasn't too eager to give away his debut jersey.

"Sensing the hesitation, Stanley said, no son, you keep that you're going to have plenty more in the future you can give me." 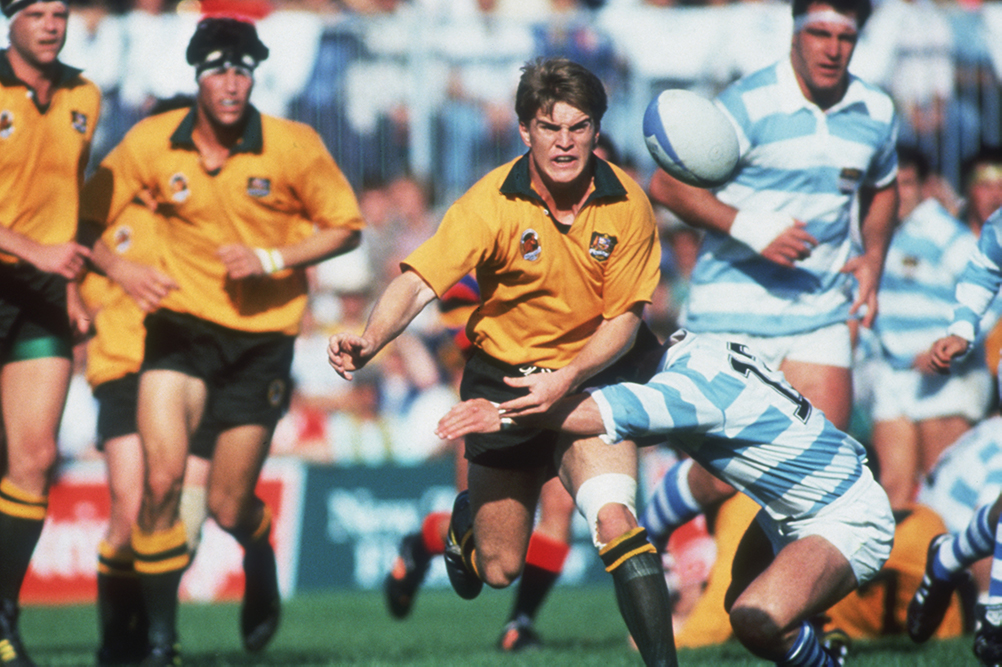 Moving up the ranks of the Courier Mail in 1993, Wayne missed coverage of the "golden era" of Australian Rugby.

He returned to Rugby in 2003 writing for The Australian on a one-year contract as the specialist Rugby World Cup correspondent, where he notes "I'm still waiting to be sent back to my previous role."

The day before the Wallabies departure, then Wallabies coach, John Connolly and renowned Rugby journalist Greg Growden had a "slanging match" during a press conference.

"Knuckles refused to speak to Greg throughout the entire tour, and Growdo lapped that up, it was an environment he flourished in.

"So, for the whole campaign, he wrote scathing journalism, dooming Knuckles before the Wallabies final result!"

With Stirling Mortlock lining up a kick to secure the Wallabies Finals berth, the wind sent the ball of course and so ended Wayne’s tour. 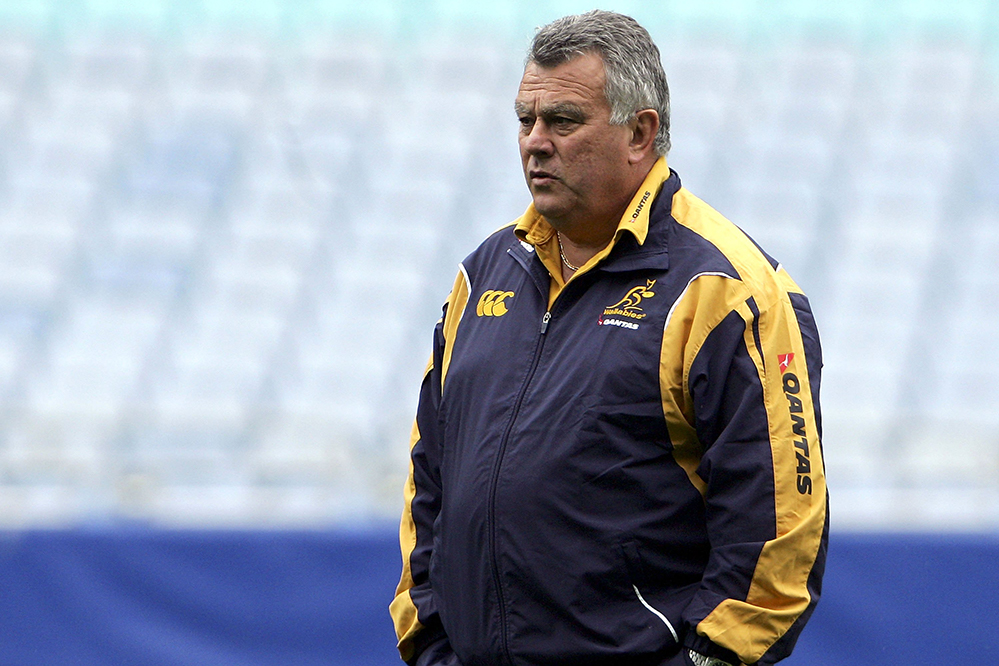 When quizzed on the future of the game?

"I think Rugby is on the right track at the moment and once we get some clear air it'll be great to see what happens!"

"When Rob came in as CEO, he had an incredibly difficult list of tasks to achieve."

"However, he and Hamish turned into a very good combination, with the board in the background and the tone which they've set is one that I like."

Following over forty years of coverage, six Rugby World Cups (more disappointingly missing the two which Australia won) and thousands of stories, Wayne’s editorial coverage of the game may go unrivalled and he still keeps coming back for more!

LIVE: Sio back while Slipper is OUT while Force set to start Pumas star

The bond that built a budding Brumbies career