Exeter were crowned champions of Europe for the first time on Saturday after a thrilling 31-27 win over Racing 92 in a dramatic Champions Cup final in Bristol.

The Chiefs, who can complete a domestic and European double with victory in next week's Premiership final against Wasps, surged into a 14-0 lead only for Racing to pull back to within a point with 15 minutes to go.

Victory came just 10 years after Exeter were promoted to the English top-flight with a play-off win at the same Ashton Gate ground.

"It is an incredible story for these guys and the club," Exeter coach Rob Baxter told BT Sport after a behind closed doors final that would have taken place in Marseille five months ago but for the coronavirus pandemic.

"It was a horrible game to watch and that last 10 minutes seemed to go on forever, but we have seen it out and it feels like it was meant to be."

Be there for the third Bledisloe Cup clash at Sydney’s ANZ Stadium, Saturday 31 October. Tickets HERE 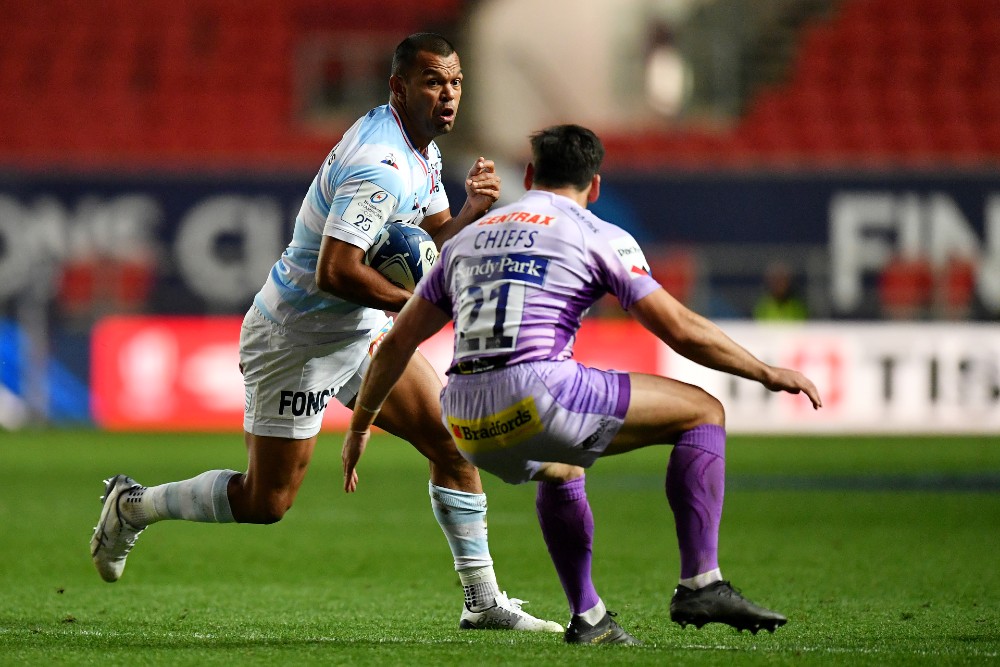 There was drama at the death when problems with the stadium match clock saw referee Nigel Owens having to consult with television officials before declaring there was no time left for the French side to kick off and that the match was over.

"I was welling up a little bit and to have my brother beside me is massive," said Joe Simmonds.

Meanwhile a dejected Zebo said: "It's pretty hard to put into words. It's heartbreaking.

"It was just a bit of precision that let us down. We were close and hopefully we can strike gold soon."

Exeter had to play the final nine minutes a man down after Tomas Francis was sin binned for a deliberate knock-on but a largely homegrown side saw off Racing's star-studded team.

Racing laid siege to the Exeter line but spurned the opportunity for a drop-goal before the Chiefs relieved the pressure with a turnover from Sam Hidalgo-Clyne.

Exeter's pack made their presence felt early on, with Cowan-Dickie and Sam Simmonds, Joe's brother, driven over for two typical Chiefs tries that left Exeter 14-0 ahead.

They almost had another try between those scores when Scotland fly-half Russell lost possession behind his own line.

But it was Russell who helped Racing, losing finalists in 2016 and 2018, hit back in the 18th minute when his floated pass found Zebo for a fine try, although the stand-off missed the conversion.

An opportunist play from Imhoff, who scored the decisive try in Racing's semi-final win over holders Saracens, brought the French side back into the match when he caught Exeter napping with a sniping break from the base of a ruck.

But renewed Exeter pressure saw Racing concede a close-range line-out and Williams was driven over to leave the Chiefs 21-12 up at half-time.

Racing, however, responded just three minutes into the second half when quick ball allowed Zebo to score his second try.

Maxime Machenaud missed the conversion but Exeter's lead was down to 21-17.

Exeter scored next when Russell's high-risk game went against him after an audacious long pass deep inside his own half was picked off by Jack Nowell, who sent in fellow England international Slade for a try.

Racing refused to buckle at 28-17 down, with Chat forcing his way over in the 50th minute for a close-range try out of the Chiefs' playbook that replacement Machenaud converted.

Racing pressure saw Exeter's Jonny Hill concede a penalty in front of his own posts which Machenaud kicked to leave Exeter just a point ahead before Joe Simmonds' long-range effort sealed victory.

KAFER COLUMN: Let's not get carried away by Wallabies performance, but Foster failed first All Blacks Test

'NAIL IT' OR YOU'RE OUT: Rennie explains why he made four changes to Wallabies team for Bledisloe II

How the All Blacks plan on spoiling the Wallabies' Bledisloe dreams

Today at 6:00 AM International
Feature