Waratahs lock Tom Staniforth says he can't imagine Super Rugby without the Brumbies, dismissing a call for them to be one of two Australian teams cut from future competitions.

While the teams may be squaring off on Saturday, Staniforth has a soft spot for the Brumbies after making his debut for them in 2014 before joining the Waratahs in 2018.

But the 26-year-old said, as the most successful Australian team in Super Rugby history, the Brumbies had earned their spot.

Rugby Australia intend to keep all five teams that are currently playing in Super Rugby AU, and will go it alone if need be.

Moffett described the stand-off between the two countries to Stuff.co.nz as a "p***ing competition".

He said RA chairman Hamish McLennan was taking the soft option and they should cut the Brumbies and Melbourne Rebels.

That would leave the Western Force, backed by billionaire mining magnate Andrew Forrest, to join traditional rugby powerhouses the NSW Waratahs and the Queensland Reds.

"I know I'm being hard-nosed about it but I would drop the Brumbies, I'd definitely drop the Rebels, because the Rebels are never going to be successful in Melbourne," Moffett told Stuff.

"That's the three teams I would have in a heartbeat. Yes, you would wear some political flak but get on with it.

"Moffett was also part of shrinking the Welsh competition from 12 professional teams to four, and pointed to Wales' world ranking, one above Australia, as proof of the success of the reforms. 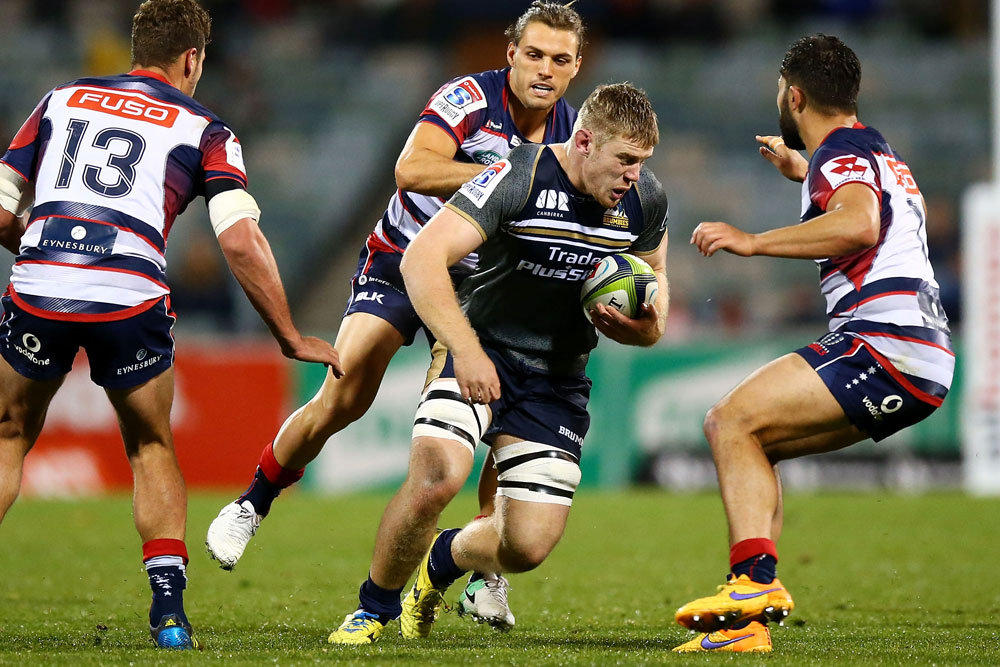 Staniforth, who announced a two-year contract extension with the Waratahs on Tuesday, said Australian players were loving the current domestic competition.

He said that losing any teams wouldn't be good for the code in Australia and didn't believe the Canberra side should be in the firing line.

"I don't see Australian rugby losing the Brumbies, that's for sure - they've won two titles and have long been the benchmark team."

The Waratahs take on the Brumbies at GIO Stadium on Saturday August 22, kicking off at 7:15pm AEST, LIVE on Foxtel, Foxtel Now and Kayo Sports. Buy tickets here. Buy a Kayo subscription here.