On the eve of his return to Brisbane, Campbell Magnay has credited spending time with Wallabies great Matt Giteau for helping turn his career around.

Nudgee graduate Magnay is by no means the new kid on the block that he once was. Indeed it's hard to remember the 23-year-old capturing anyone's attention for long enough because of his injury-riddled start to his career and his brief stint in the Japanese Top League.

The big powerful red head is in his fifth season. But the fact that he's played just 31 games in that time tells you all need to know about the once-Wallabies squad member.

After 17 matches for the Reds between 2015 and 2017, Magnay, another client of controversial player agent Anthony Picone, packed his bags and headed north to Japan.

It left a bitter taste in the mouths of the Reds, who had hoped that the talented back would be one of the young and exciting backs they could build the club around.

But before they knew it, he was off.

"I got a good three or four years, came up through the (Reds') development system," Magnay said.

"It was tough to leave but no regrets, it's brought me to where I am today." 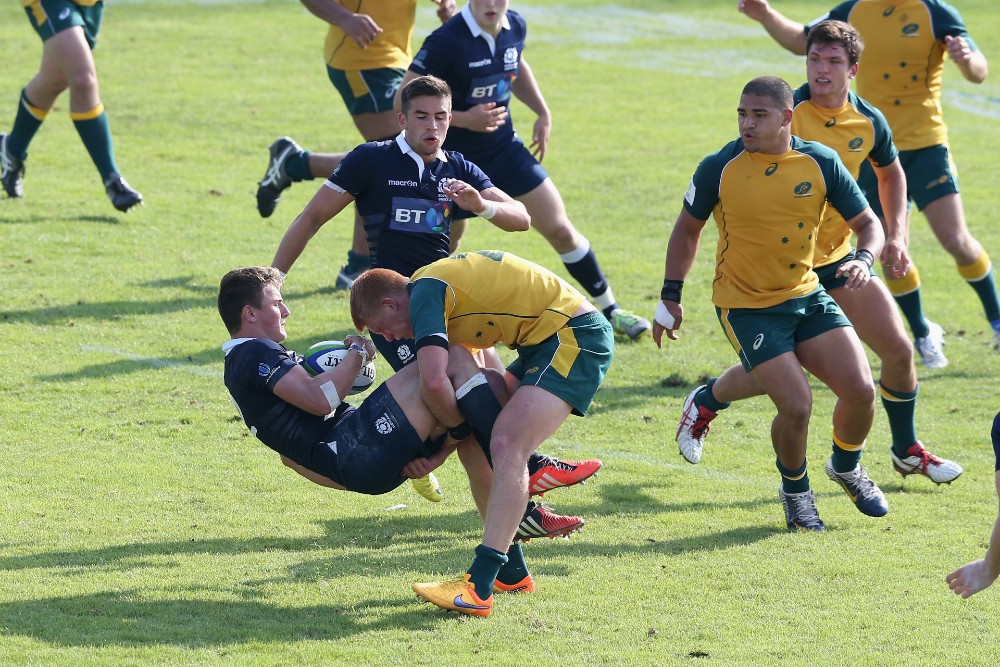 Yet, it was what he didn't say about his time at the Reds that said it all about his introduction to Super Rugby.

"How to be a professional," Maygnay said in response to what he learnt from being at Suntory.

"The Japanese, they're very strict and very to the book.

"I had Giteau, Sean McMahon, George Smith, a lot of Test players there and just how they performed at training and off the field. It just real showed me, 'S**t, I've got to go up a level here with my preparation, my training, just how I approached everything'."

Magnay puts it down to being "naive".

It's a comment that is far too familiar in Australian rugby in years gone by.

But Magnay said that playing outside Giteau was the reality check he needed.

"He was winning the fitness. He just kept going and kept going. Then he'd come to me in the game and say 'this centre's got a left-foot step, he's going to step here, and then I'm going to put the kick in out the back here.

"Just his knowledge and his work-ethic was unbelievable."

Magnay has been back in Australian rugby since 2019.

But you get the feeling that it's only now that he's starting to find his feet in Super Rugby with the Melbourne Rebels.

After been starved of opportunities in recent weeks with the Rebels playing in wet conditions for the majority of Super Rugby AU, Magnay hasn't been able to show what he's capable of with ball-in-hand. But if anything, it's his work off the ball and quality defensive work that speaks louder than any ball-carrying he'd be capable of.

On Saturday night he returns to Suncorp Stadium to face his former side.

He doesn't plan on missing.

Up against two of the best young outside centres in the country in Hunter Paisami and Jordan Petaia, it's an opportunity for Magnay to impress in front of the Wallabies' new coaching staff.

"I want to play for the Wallabies," Maynay says bullishly.

"That's been my goal since I started. I'll be hanging around trying to give that gold jersey a crack."

Exclusive: Why Michael Cheika is coaching against the Wallabies with Ledesma's Pumas

Yesterday at 11:00 AM Shute Shield
Feature

Tears of a Wallaby: The Test call-up that shows what it means to play for the Wallabies

Yesterday at 10:33 AM The Rugby Championship
Feature

What the? Cheika to coach against Wallabies with Argentina

Yesterday at 8:05 AM The Rugby Championship
More News