A State of Union series, an international Super Eight series and a professional competition with five Australian teams whether it be domestic or trans-Tasman are all part of Rugby Australia's plans for 2021 and beyond.

Rugby Australia will on Monday distribute documents to potential broadcast partners detailing the content they will provide in a broadcast deal ideally spanning through to 2025.

Rugby AU CEO Rob Clarke confirmed on Monday afternoon that the organisation had included options for both a trans-Tasman and a domestic Super Rugby competition.

The deadline for broadcasters to respond is September 4, after which Rugby AU will enter more formal negotiations with interested parties.

Outside of a domestic or Trans-Tasman competition and the Rugby Championship, Rugby AU will propose the inception of a State of Union series, like rugby league's State of Origin, and a Super Eight Series.

That Super Eight Series would be a four-week tournament involving the top two teams from the Australian, New Zealand and South African competition and, it is hoped, the top team from Japan's Top League and South America's domestic competition.

Beneath the professional offerings, the rights package also includes Shute Shield and Hospital Challenge Cup matches after Rugby Australia reacquired the rights for those earlier this year, premier schools matches and a previously touted national club championship to be held at the conclusion of the regular seasons.

Rugby AU CEO Rob Clarke described the offering as the most "largest and most comprehensive collection of rugby rights ever put to the market in Australia".

What the main domestic professional product looks like largely depends on what New Zealand decides to do with their competition, after announcing that their ideal format would involve 8-10 teams and as few as two Australian teams or as many as four.

The rights could be carved up into sections for a variety of broadcasters or be sold as exclusive rights to one broadcaster, ideally to carry through to 2025 in line with deals that South Africa and New Zealand have struck.

The 2025 Lions Series will be excluded from this agreement with the details of that tour still to be confirmed. 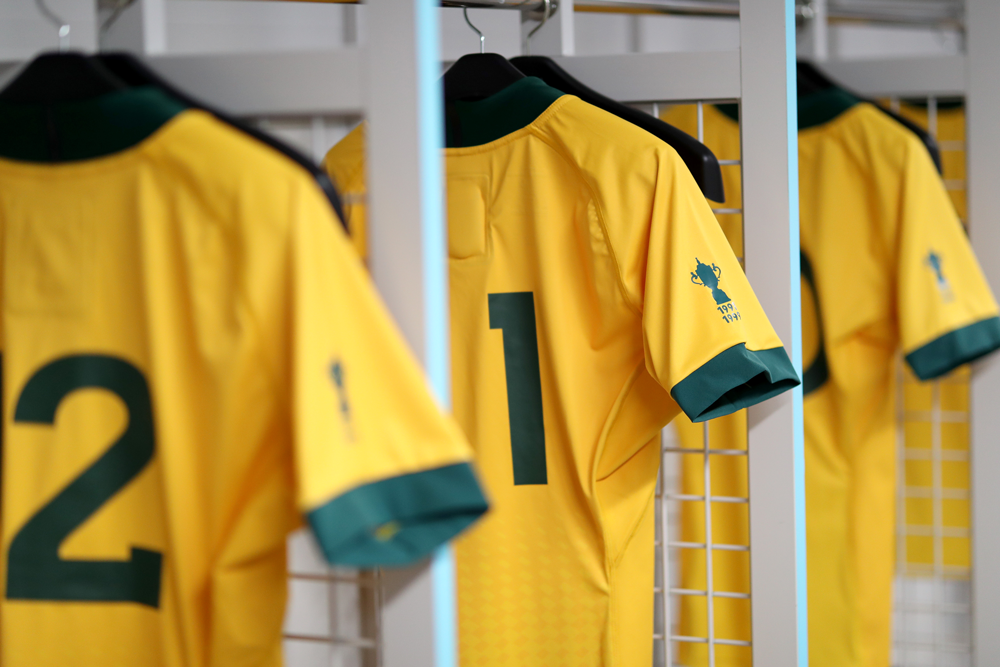 It is hoped the addition of some new innovations will soften the financial blow Rugby Australia might have expected in negotiating a new deal.

Some part of that agreement had to be renegotiated this year in the wake of coronavirus but Clarke said he was hoping for a "great result" out of the upcoming negotiations.

"We know that porting broadcast rights have seen some challenging times in both Australia and in other markets around the world," he said.

"That said, I think rugby has an enormous amount to offer a broadcast partner and not just in the quantity of content we know have available as part of this rights package but the quality at every level from grassroots all the way through to test matches.

"We do know the rugby audience typically is a very defined audience with the ability, spending power to actually get behind the game and I think that has a lot of attractiveness to a range of broadcasters. I'm naturally an optimistic person so I'll say I'm hopeful we're going to get to a great result, I'll let you know in a month's time."

Clarke said a "number" of broadcasters had shown interest in acquiring rugby rights.

"As I said right at the beginning, we need to make decisions in the best interest of rugby in Australia and we have had wide-ranging discussions with a number of organisations, both here in Australia and overseas," he said.

"I don’t want to go into specifics obviously but I’m confident that there are a number of interested parties based on the three months’ worth of work I’ve done up to this point."

A lack of free-to-air presence is a constant point of discussion among rugby fans when looking at the health of the game, especially when compared to some of the other major football codes.

In the current deal, one Super Rugby replay has been shown on Ten's HD channel One, on a Sunday morning.

Internationals will continue to be shown on free-to-air under the anti-siphoning act, which stipulates that certain events must be available free to the public.

"The way we've constructed the packages is to try and encourage free to air, particularly around state of origin/ state of union, we think that is a perfect competition to be on free to air," he said.

"We would like to see one match of Super Rugby be on free to air each week and in addition to Test matches which are subject to anti-siphoning.

"It's important to look at ways to grow the game and our view is the more people that get to experience rugby through any media, will actually drive greater interest back to subscription television as well so if we can grow and expand our base through whatever means, social media, digital channels, free to air, we actually think that helps the whole ecosystem of rugby so subscriptions will also benefit from that."

Australia is not the first country to announce its hopes for a format moving forward.

New Zealand Rugby put forward its recommendation for an 8-10 team model including as few as two Australian teams or as many as four, as well as five Kiwi team and potentially a Pacific Island side.

It was a move that angered its SANZAAR partners, most notably South Africa, over a lack of consultation.

Clarke said Australia's plans had been discussed with the other countries and said his organisation was still committed to being a part of SANZAAR for international rugby.

"I think the situation, partly driven by COVID, partly driven by individual countries' intentions has created somewhat difficult conversations around the SANZAAR table and Jurie Roux and South Africa has made his views known as has Gus Pichot from Argentina's point of view," he said.

"We have very much included them in all of our discussions.

"So, we're in no means cutting off our SANZAAR partners and we'll be looking to do things jointly with them beyond the TRC wherever possible.

"That said ,we do need to have a competition that has integrity to it and has an ability to grow our game here in Australia and grow our fan base and some of the options we're looking at we believe will do just that." 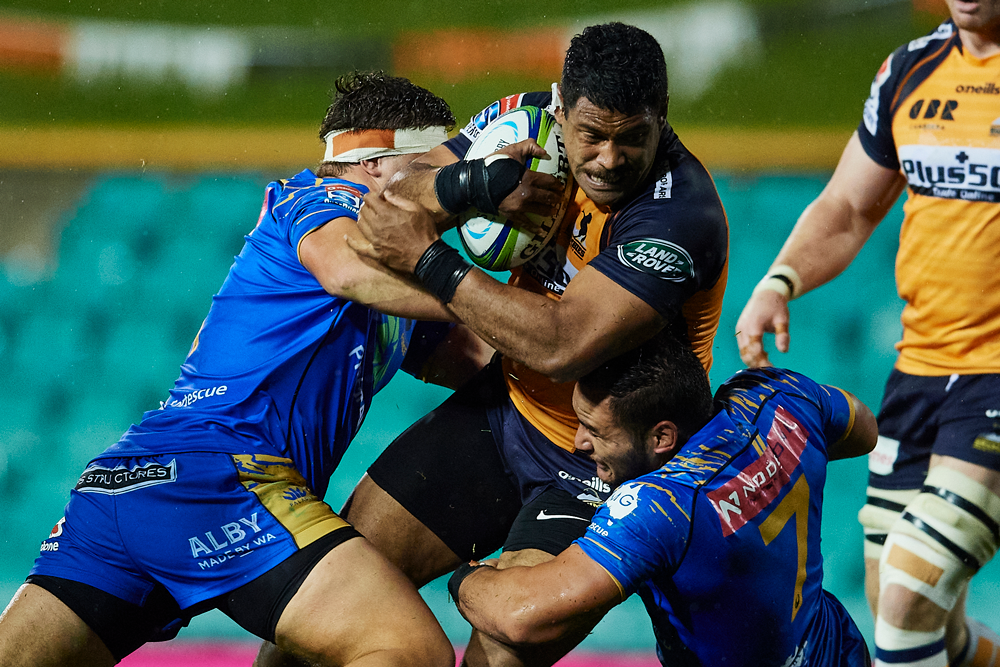 Clarke said Rugby AU would not be budging on its commitment to field five Australian teams going forward and "D Day" was coming for New Zealand Rugby around its desire for a trans-Tasman competition model or otherwise.

"We have put a deadline for broadcast submissions of the fourth of September and before we enter into any final negotiations with a broadcast partner this has to be settled," he said.

"So D day is coming.

"We can’t make much longer on the whole trans-Tasman competition decision.

"That has been going on now for some considerable period of time and I think it is only fair on the broadcast discussions we are having with potential partners that we are able to give them as much clarity about what the future looks like as soon as possible."

If New Zealand opts against agreeing to a trans-Tasman competition with five Australian and five New Zealand teams, Clarke said Australia would continue discussions with Japan and also the Pacific Island nations around having teams in Australia's tournament.

"It's five Australian teams, you can guarantee that," he said.

"We are in detailed discussions with the Japanese rugby union about a potential involvement of Japan in any future competitions and indeed the pacific, Fiji and other nations in the pacific, are always looking to get involved.

"Having the Drua involved in our National Rugby Championship paved the way to show just what they can do both on the field and the engagement with fans and that's something we'll look to explore as well.

"There will be options into the future but at this point in time, we've said there's five Australian teams and we're happy to go forward on that basis." 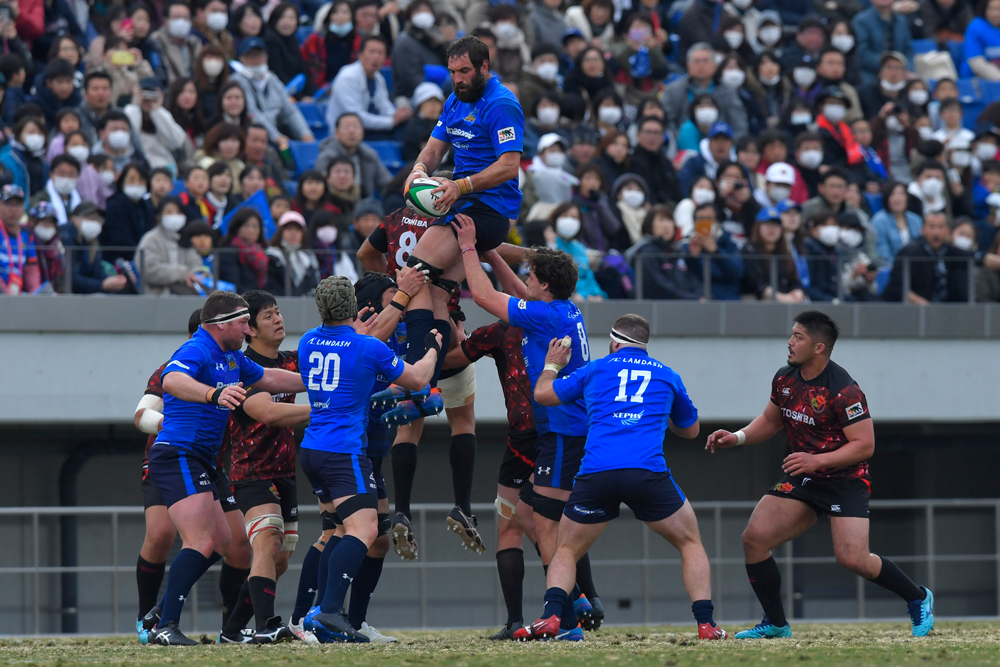 The Super Eight Series will feature the top two Australian and New Zealand teams from either domestic or a trans-Tasman competition, South Africa's top two teams and potentially Japan's Top League champions and a top South American side.

The competition would be held after the domestic season, which would likely be shorter than previous Super Rugby seasons given fewer teams are involved.

"If the trans-Tasman competition happens it essentially fits into the window that we've slated around domestic pro rugby so you'd still have super eight sitting at the back end," he said.

"We'd like to if at all possible have a Japanese team and a South American team involved in that.

"Whether it would be the top teams in the Top League in Japan and the winning team out of the South American league, we'd like to see if we could do that as well, to really start to just round out the Super Eight series."

The "State of Union" series would initially be rugby's version of rugby league's hugely successful State of Origin that has become the jewel of the 13-man code's crown.

Eligibility criteria for that game to feature a Queensland and New South Wales representative sides will be released later in the  year Clarke said, with a view to encompassing as many players as possible.

"It's no more complex than really what has happened in other codes where there will be your state of birth or possibly where you played your junior rugby," he said.

"There may be some other little caveats around but it will be very much building on, in the first instance, NSW versus Queensland and the 130 years' worth of proud history that those states have had playing rugby against each other, bringing that to the fore.

It's this interstate clash that Clarke hopes will be a carrot for a free-to-air broadcaster.