UPDATE: The Waratahs have propelled themselves into Super Rugby AU finals contention with a 45-12 shellacking of the Reds on Saturday night.

In what has become a weekend of upsets, the Waratahs bettered the Rebels’ surprise win over the Brumbies on Friday night with a complete domination and a record 33-point victory.

While some pundits might have tipped a Waratahs victory, it would have been a brave person to have predicted five unanswered first-half tries from a team with just one win for the season and such a wide final result.

The Reds managed just two try for the game, a 53rd-minute score to late inclusion Jack Hardy and an 81st minute James O'Connor try, but that was far too little and too, too late in a game where they lacked energy and execution.

Queensland coach Brad Thorn has praised his side's ticker all season but they could not muster the level of performance they have shown in earlier weeks when they ran out at the SCG.

Only two days ago, Waratahs coach Rob Penney was asked if he was still enjoying his maiden year in the job after a dismal return on the win-loss ledger.

There'd be no question about Penney's enjoyment factor after Saturday night's record victory, the second-highest score they've racked up against the Reds in Super Rugby.

Speaking after the match, Penney said the display reflected a huge growth in confidence and trust among his team but their work was far from complete.

"It's a group of young men that are starting to find their place," he said.

"As a coaching group we haven't altered too much and just really wrapped that the players have taken a little step forward in terms of their belief and their confidence in what we're trying to do.

"I think fundamentally right at the bottom line, that was it."

"Our challenge next week is to make sure we are able to keep the momentum."

Reds coach Brad Thorn said he was somewhat pleased with the way his team hung in during the second half but lamented their lack of energy from the outset.

"The guys just weren't there from the beginning and the Waratahs were and it got away (from us)," he said.

"What can I take out of the game? I said to the lads at half-time you can't change that, what's jut happened, we've got to make a decision, Liam was saying the same thing.

"It's a proud team and the guys fought, It wasn't pretty and granted the Waratahs made quite a few changes so did we, so you get a little bit of difference there.

"To tkae something from it, it could've got uglier even in the second half but the guys came in 12-7." 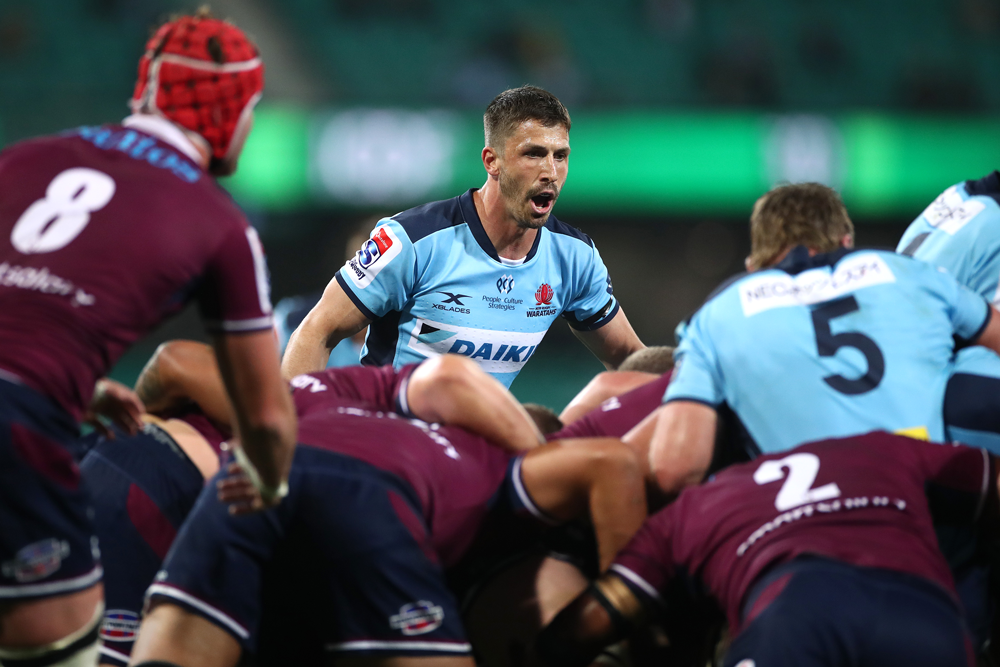 It was a victory that put them level on points with the Reds and saw NSW leapfrog their fierce rivals into third on the Super Rugby AU ladder and right into the race for playoffs.

Waratahs halfback Jake Gordon had a hat-trick by the half-hour mark and while the hosts were making it rain tries before any physical rain came down in the second half.

As the heavens opened up and the clock ticked over, the Reds began to fire up but when Waratahs hooker Tom Horton crossed in the 52nd minute, the game was well and truly decided.

Everything seemed to go perfectly for the Waratahs for much of the night but for the Reds, almost every touch brought with it an error.

The Queensland lineout was again shaky, their handling poor and the tenacity that they have shown in other weeks seriously lacking.

The Waratahs made them pay with Gordon's first try finishing off a clever James Ramm chip kick to score the first try of the night.

Queensland tried to pounce on a Waratahs mistake, with a Liam Wright turnover, but a Filipo Daugunu knock-on ended their hopes of a coast-to--coast score. 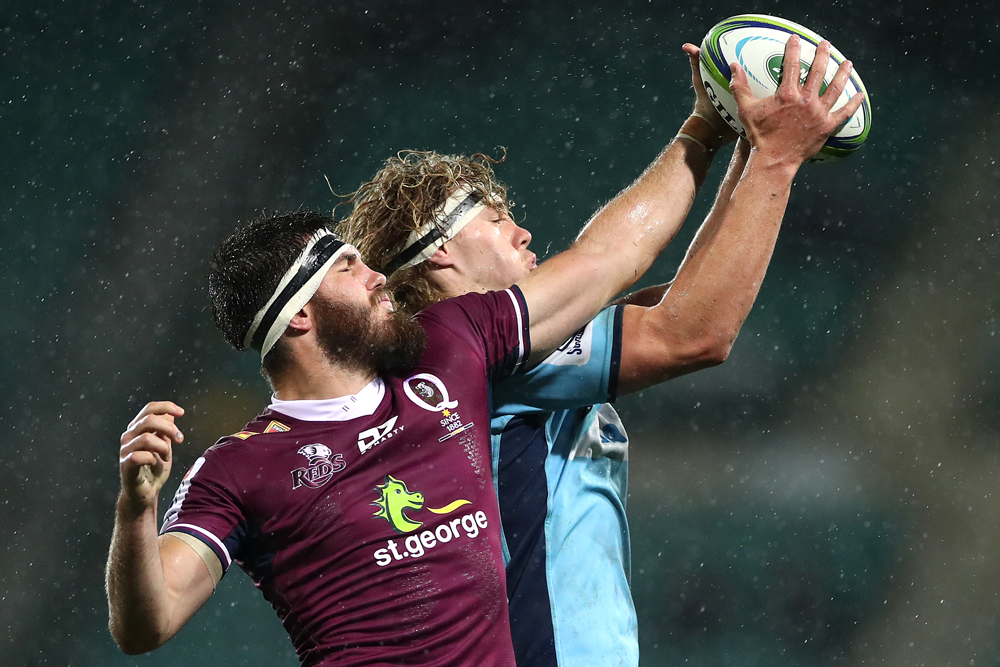 Gordon had a double in the 17th minute, taking a quick tap, darting through a gap in the Reds defence to score under the posts and giving NSW a 17-point advantage.

Jock Campbell, who was shifted to the wing after the late withdrawal of Jordan Petaia, exited the game not long after Gordon’s try with a suspected head knock.

A barnstorming Dempsey run put Jack Maddocks over the line and by the 25th minute the Waratahs had made their lead 24 points.

All of a sudden, Gordon had a hat-trick and NSW had 31 unanswered points within half an hour.

The Waratahs weren’t quite done yet, though, and by half-time Newsome had made it five tries in the first 40 with a supremely athletic put down in the corner.

Queensland brought some extra fire to the second half but their execution still left plenty to be desired and as the minutes ticked on, their task simply became insurmountable.

Horton sealed the result with a 52nd minute score from set piece and Hardy, a late inclusion in the Reds team, fell over the line in the 54th minute to finally break Queensland’s duck.

The Waratahs continued to pepper the Queensland line but couldn't add to their tally despite a mounting penalty count in their favour.

Replacement Reds tighthead Zane Nonggorr was sent off with four minutes remaining after a second half where the visitors conceded 12 penalties to just three.

An 81st-minute penalty gave Queensland the chance for a consolation score and James O'Connor slipped through a gap to score.

That final score gave the Reds the edge in the second half but that was the only thing they could cling onto.

Queensland donned black armbands to honour teammate Jordan Petaia, who remained home after the sudden passing of his father.

The Waratahs take on the Force next weekend while the Reds face the Rebels in Brisbane.